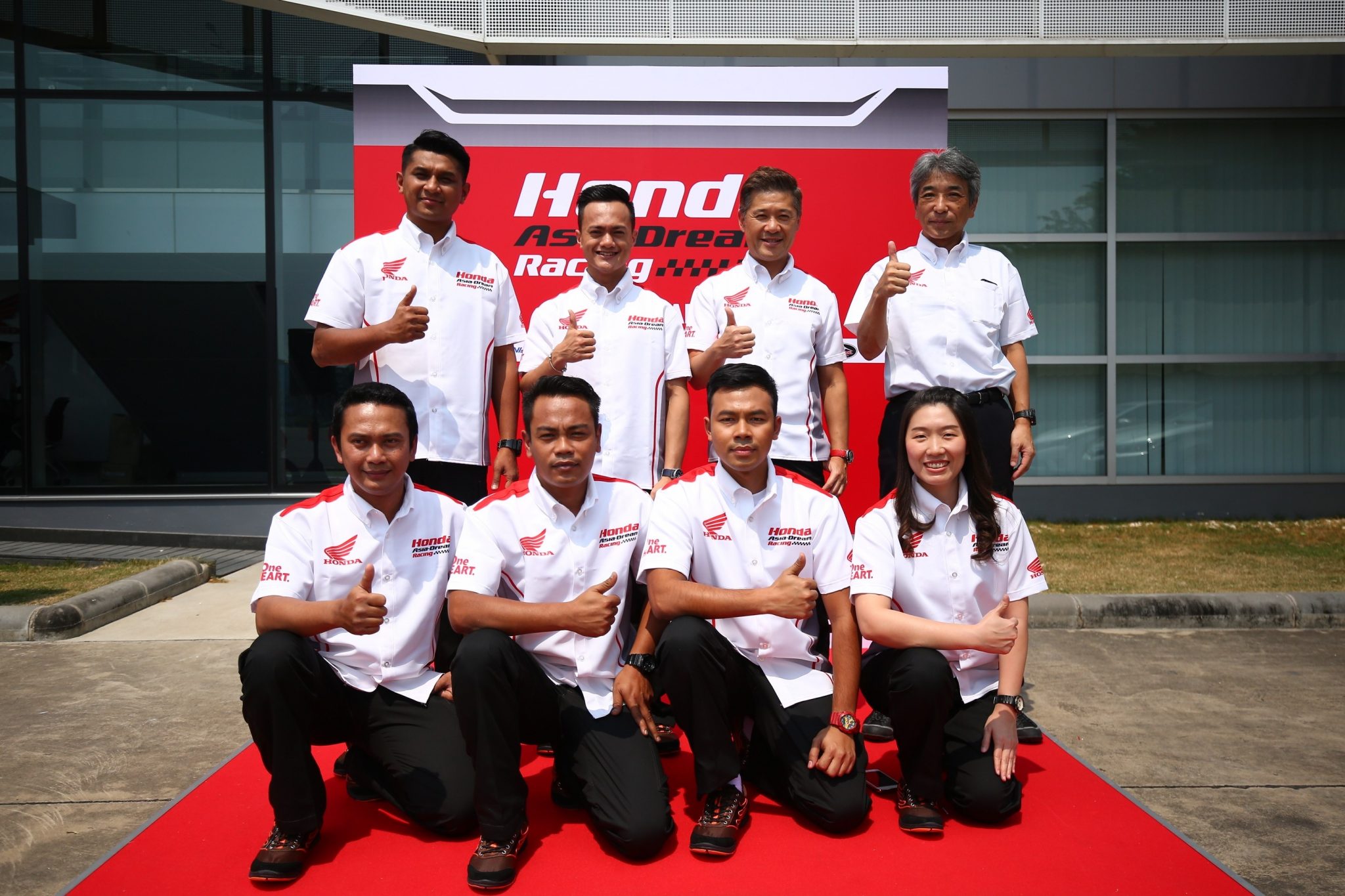 The Honda Asia-Dream Racing was officially launched and is aiming to win in the inaugural ASB1000 class of the FIM Asia Road Racing Championship.

In an event held in Bangkok, the Honda Group of Companies in Asia and Oceania officially revealed a new racing team, created to take Honda to victories on the inaugural Asia Superbike 1000 class of the FIM Asia Road Racing Championship, which will start in 2019.

Present at the event in Bangkok was Makoto Tamada, which will take on the role as team manager for Honda Asia-Dream Racing, a well-known former rider in MotoGP and World Superbikes, as well as Mr. Susumu Mitsuishi, General Manager, Asian Honda Motor Co., Ltd and the rest of the team members, all of which have been recruited from Honda racing teams and companies around Asia and Oceania.

The new Honda Asia-Dream Racing team builds on the experience from Satu Hati Honda Team Asia, that has been competing in the famous Suzuka 8Hours since 2012. Onboard of the CBR1000RR Fireblade SP2 of this new racing team will be Malaysian star rider, Zaqhwan Zaidi.

While the goal is competing in the new class of the FIM ARRC, the ASB1000, the team will still have plenty of work to do before that first race in 2019.

The short-term objectives for 2018 will see Zaqhwan Zaidi compete full time in the JSB1000 class of the All-Japan Road Racing Championship, the first round is on April 8, and also enter in the prestigious Suzuka 8Hours endurance race held in the end of July. In 2019 the team will then change its focus and race for the championship in the ASB100 class, and they will also race on the JSB1000 and Suzuka 8Hours.

Zaqhwan Zaidi has already proven himself in world stage, and is considered to be one of the best Asian riders, racing in the Moto2 World Championship, he’s been racing in the Suzuka 8Hours since 2016, and he’s also a two-time ARRC SS600 champion.