The Modenas Dominar D400 is launched in Malaysia at an incredible price!

The Modenas Dominar D400 is launched in Malaysia at an incredible price! 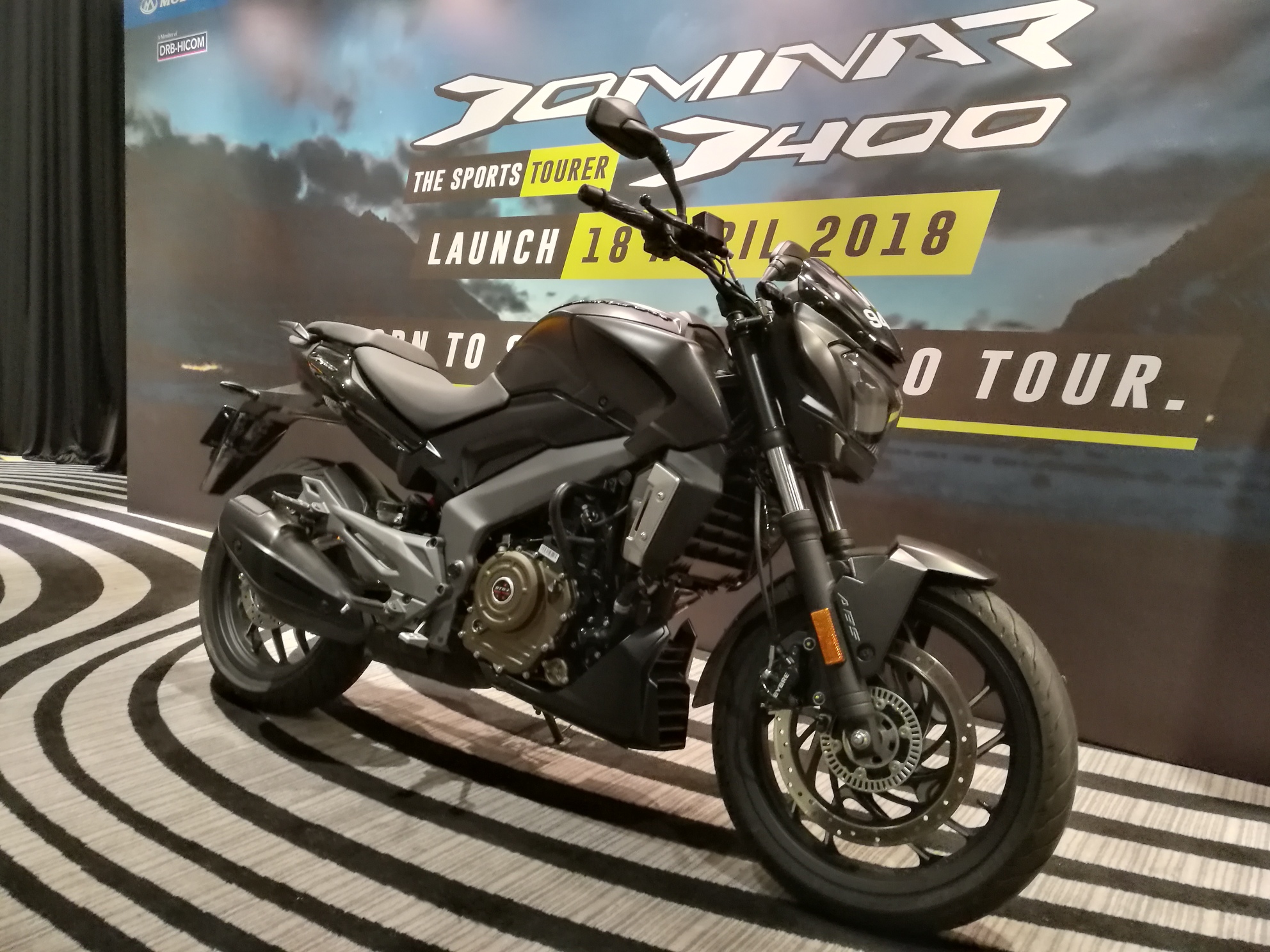 After the news that the first units of the Dominar D400 were already in Malaysia, Modenas officially launched what they define as a “sport tourer”, and during the event we had the chance to look at the many details that make this urban naked so interesting and know its price.

But before we talk about the price, let’s get to know more about the new Dominar D400.

This motorcycle is born through a collaboration between Modenas and Bajaj Auto, and at its core there’s the previous generation of the KTM 390 Duke. This means that the Dominar D400 makes use of a liquid cooled 373,3 cc single-cylinder engine fitted into a beam type perimeter frame, capable of 35 hp and, best of all, 35 Nm at 6500 rpm.

Although maximum torque is rated at 35 Nm, Modenas announces that when the engine passes the 3000 rpm threshold, the torque is already at 28 Nm, and that will make the Dominar an extremely responsive bike accelerating through city traffic and the occasional riding on mountain roads.

But Modenas knows that it’s also important how that power and torque gets to the ground, so the Dominar D400 features a six-speed gearbox, coupled to a slipper clutch to eliminate rear wheel chatter and blocking while going down on the gearbox in aggressive riding.

In the chassis department Modenas also didn’t leave anything to chance, so the Dominar gets a telescopic fork with 43 mm diameter, while at the back end we find a multistep preload adjustable monoshock absorber that will allow the rider to adjust the behavior of the bike for different riding situations, for example, while traveling with pillion and baggage.

With an aggressive design, the Dominar D400, being a “sport tourer” according to Modenas, features a riding position that aims for rider comfort, with a large seat, raised handlebar and foot pegs placed forward and lower. All this makes for an upright seating position, perfect for those long rides.

With backlit buttons at the handlebars, twin LCD screens filled with a lot of information, the Dominar D400 offers a high level of equipment, and on the safety aspect it’s no different. Modenas opted for a brake system with one disc at each wheel, 320 mm at the front and 230 mm at the rear, and to help maximize the braking power that comes from the ByBre caliper, Modenas installs a dual channel ABS, for added safety.

For those riders that need extra baggage capacity, Modenas showed a Dominar D400 equipped with top-case and side-cases. 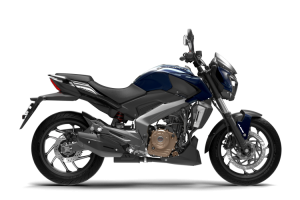 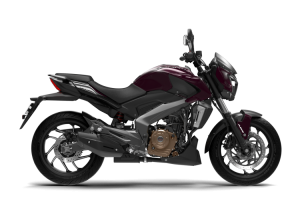 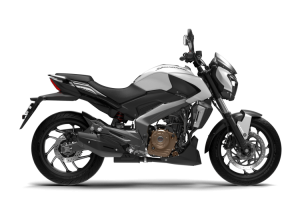 So, after all this, how much will the Dominar cost?

This price will surely shake up the sub-400 cc segment in Malaysia, and will help Modenas grow even more.

According to the brand press release, the collaboration with Bajaj Auto made it possible for Modenas to have three street models: The Pulsar NS200 naked street bike, RS200 race bike and the retro-styled V15. Combined, these three models sold more than 4500 units since their introduction in May 2017, allowing Modenas to capture 23% of the market from the 250 cc segment or below. And the arrival of the Dominar will only help Modenas grow even more!

“The demand for street bikes is set to grow with the increasing preference amongst youth who enjoy carving out a fast-paced lifestyle for themselves. The success of the Pulsar and the V15 in our local market has reinforced our belief that it is right time to provide this new offering which will undoubtedly enrich the riding experience of the average Malaysian motorcycle enthusiast,” he said. 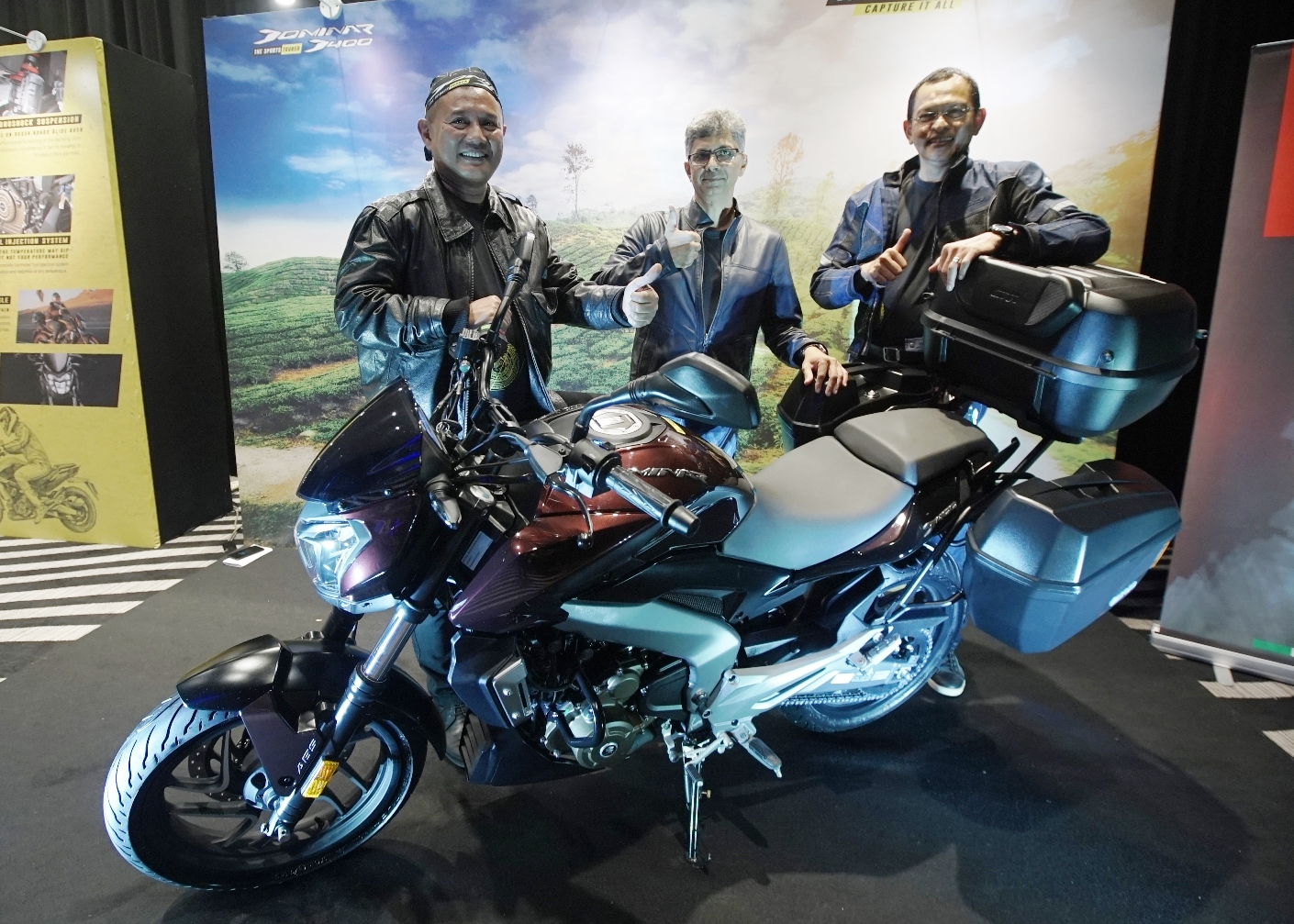 “Recently, the Dominar D400 successfully completed one of the world’s longest motorable journeys, the Trans-Siberian Odyssey covering 15,000 km in 53 days. The journey from Uzbekistan to Russia, which passed through six countries, was successfully completed without a single breakdown and showcased the bike’s comfort and power and its pedigree as a true a sports tourer”, he said.

If you want to know more about the Modenas line-up visit their website https://modenas.my/ .