Ever since Ducati showed the new Panigale V4 at EICMA motorcycle show in Milan, at the end of 2017, I’ve been eager to test that piece of art on two wheels. Unfortunately, I had to wait a little longer than expected to get my wish come true, but a few days ago I finally had my chance!

Hidden in the outskirts of Barcelona, Spain, and away from the spotlights of the well-known Montemeló racetrack where the best MotoGP riders show what they’re capable of every year, there’s a track called Castellolí. Its layout takes advantage of the terrain, and that means Castellolí is like a rollercoaster, going up and down, and quite tight and twisty also. Surely not the best place to ride a beast like the new Panigale V4S…

But it was there that I had my chance, and I wasn’t going to pass on this.

I really don’t enjoy talking about the numbers. They’re usually boring, and instead I prefer to talk about the experience of riding a bike, and I’ll do just that in a moment. But the Panigale V4S has a spec sheet that really deserves our attention, and this time I’ll talk to you about the numbers behind this beautiful Ducati. So stick with me on this, because you’ll enjoy it too! 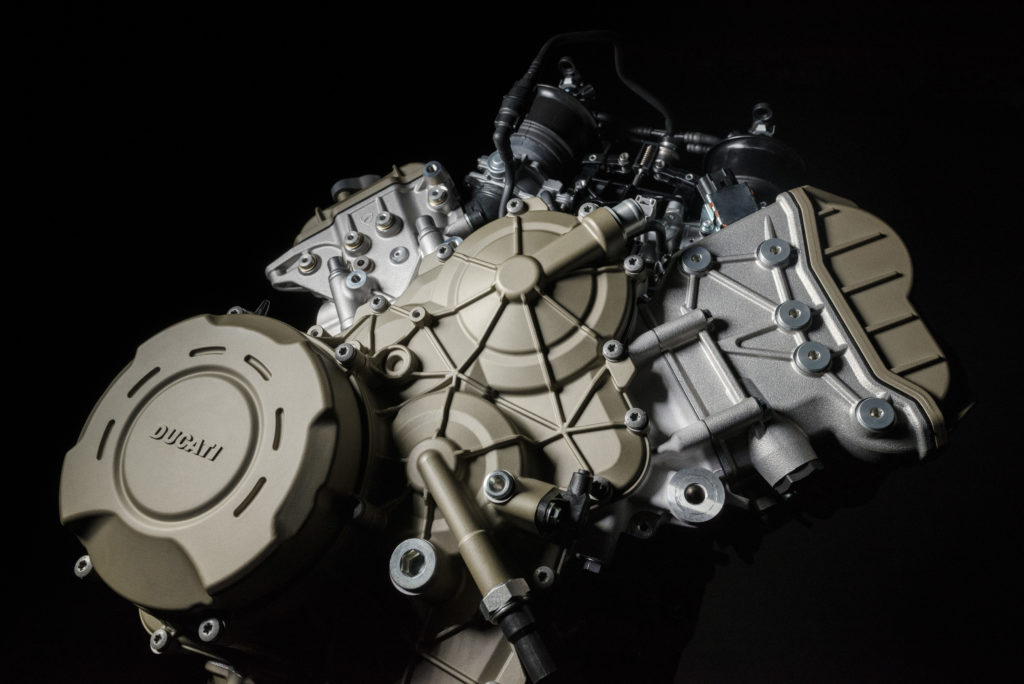 The engine is called the Desmosedici Stradale, and it’s the first V4 mass-produced by Ducati. The other V4 engine that preceded this one was the one used on the exotic limited production Desmosedici D16RR in 2008, a MotoGP replica derived from the winning bike of Casey Stoner. Being at 1103 cc in displacement puts it quite apart from the rest of the superbikes, but this has allowed Ducati engineers to keep that low grunt from the old L-twin engines, while at the same time made it possible for the Panigale V4S to reach higher RPM’s and top-end power.

If you fit the optional Performance accessories, like the Akrapovic exhaust, not only the Panigale V4S will lose around 7 kg, but together with some fueling tweaks the bike gains 12 hp. Of course, to get the best out of this monster V4 engine, the rider has the help of an electronics package that’s worthy of a MotoGP level bike. That means that at a touch of a button we can chose different riding modes, power modes, adjust the new Bosch Cornering ABS EVO, the Ducati Traction Control EVO, Ducati Wheelie Control EVO, Ducati Slide Control or even the level of engine brake with Ducati Engine Brake Control EVO.

But enough with the specs. Time to ride this beauty in Castellolí.

Speaking with Ruben Xaus – former MotoGP and World Superbike racer – before my ride onboard the Panigale V4S, he told me that I shouldn’t be scared about having all that power under me. He rode the test bike for a few laps before it was my turn, to warm-up the Pirelli Supercorsa SP tyres built specifically for this Ducati, and to dial in the settings of the semi-active electronic Öhlins suspensions. He said that even on a tight and twisty track like Castellolí I would be amazed by what the Panigale V4S can do.

Right, so, time to get down to business.

The seating position is quite much like what I remember feeling on the previous 1299 Panigale, but definitely the new V4 engine makes me open my legs more because it’s a bit wider that the old V2. Oh, and the heat too! Man, this engine heats up really quick, and my legs were already boiling after 5 minutes seating on her.

That being said, the position is still one of the most aggressive we can find on a superbike today, and if you want to ride this beast on the road, you won’t be very happy. But on the track, well, all that doesn’t matter, and the Panigale V4S really shines when you put her to the limits.

The V4 engine picks up really quick, and even if you shift gears too soon the rev counter on that digital dashboard continues to climb up until the redline at 13 000 rpm, without problems or lack of strength anywhere on the rev-range. It is a beast, and if you don’t grab the low set clip-ons you’ll most likely fly away from the bike. 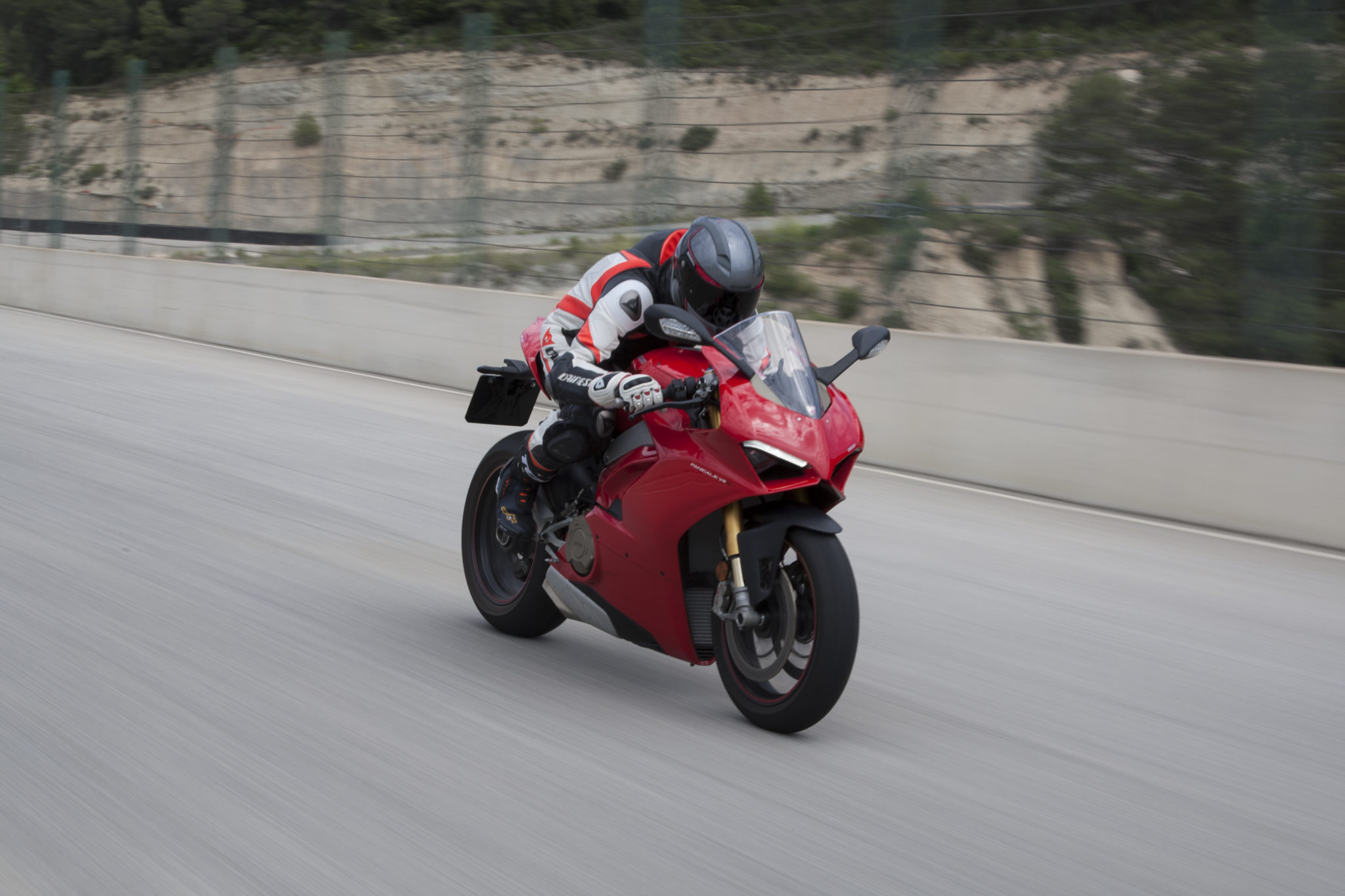 Being on a tight track, the Panigale V4S couldn’t express its top end power. Only at the back straight I could manage to hit 270 km/h coming in from a long left hander, with the superbly efficient slide control system letting the rear end move a little so the rider has a better feeling before putting all that power on the asphalt, while going up the gears using the perfect timed and smooth quickshift.

The traction control though, wasn’t at all that effective. The asphalt was a little bumpy at some points, but even on an almost perfect surface, the DTC EVO in level 2 was always cutting in, killing too much the power delivery and preventing me to get out of tight 1st and 2nd gear corners as fast as I wanted. This was definitely a negative surprise to me, since on every other Ducati superbike I’ve tested the DTC is bang on.

The handling is just perfect on this bike. In the first few moments riding the Panigale V4S I felt the bike was too stiff, not giving much confidence to attack the corners the way I wanted, but with time I started to get the feeling of the front wheel, and the chassis really has much more to give than what you’ll probably need.

It didn’t matter If I had to change lines in the middle of the corner, or if I had to make small corrections on my body position at extreme lean angles. The Panigale V4S absorbs all of this and continues forward without complaint.

The electronic Öhlins suspensions are pretty effective, as they should be. I could feel the front fork stiffening up when I pushed the brake lever harder for those tighter corners, and the direct feel you get in the clip-ons is very good. On the bumpier parts of the track that feeling gets lost a bit, with the front wheel moving too much. But most of the time I felt connected to the track. 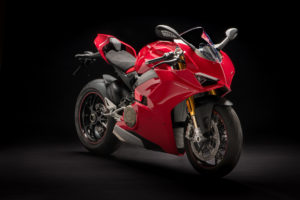 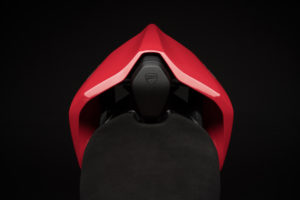 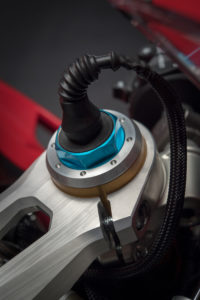 On a bike that runs as fast as this one, and that makes handling one of its strengths, Ducati had to use powerful brakes, and so the choice could only be a set from the specialists from Brembo.

Grab the lever and the Brembo Monoblock Stylema M4.30 calipers will bite the 330 mm discs without mercy, lap after lap, corner after corner, and although the first touch might be a bit harsh, as i pulled the lever harder I noticed a better response from the brake system. When you brake at speeds of well over 260 km/h you’ll want stability and braking power, and the brakes on the Panigale V4S will give you that, no matter how hard you’re pushing.

Sure, the Panigale V4S is expensive. But for the money you pay to get one of these beauties you’ll also get a lot of bike! Equipment wise is one of the best superbikes around, with top-spec components and an electronic package that will make you feel like you are a MotoGP or World Superbike rider. Ducati had to move away from the V2 engine layout, and they could’ve made a mistake since the 1299 Panigale reached such a high level of performance.

But the Panigale V4S is a great bike, putting out an impressive amount of power but without being too aggressive. Sure, you will need to work a bit more than usual to taste all that the V4 engine has to give, and to take the bike to its driving limits you’ll need to ride her really fast. But if you do it, you’ll get an incredible reward. What I liked – The V4 engine on the Panigale is a beast, puts out enormous amounts of power and torque, without being overly aggressive. The design isn’t a complete rupture with the older Panigale, but it’s been refreshed enough to make her, still, one of the best, if not the best looking superbike around. I enjoyed having so much electronics to play with.

What I didn’t like – The heat that comes out of the engine is even worse than on the older Panigale V2! The bike feels too stiff for road use, and the only way to get the best from the chassis is to ride her too fast, which is hard to do on the road (on track it’s great!). The traction control acted weird, even on as low as level 2, intervening too much and cutting power when not needed. 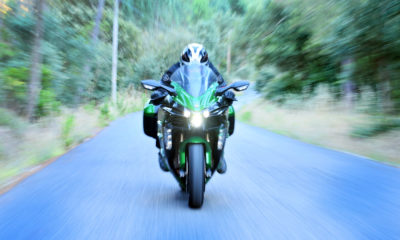 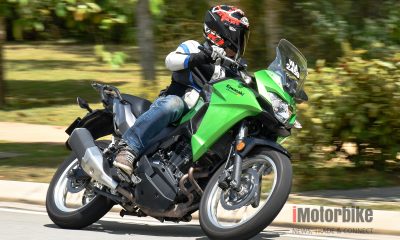