In case you missed out, KTM has launched its newest 125 Duke in India! This would be the firm’s most affordable bike in the Indian bike market with a price tag of Rs 1,18,163 (ex-showroom, Delhi). soldes coque iphone The style of the new bike is similar to that of the KTM Duke 200 which was recently equipped with ABS. The 125 Duke has received redesigned graphics, making its visuals as impressive as ever. The bike features a single-channel ABS unit which is similar to the 200 Duke. The 390 Duke comes with a dual-channel unit. Apart from that, the 125 Duke is the first motorcycle in the 125cc segment to be equipped with ABS. coque iphone xs max The feature will be made compulsory to all bikes above 125cc capacity starting April 1 2019. soldes coque iphone 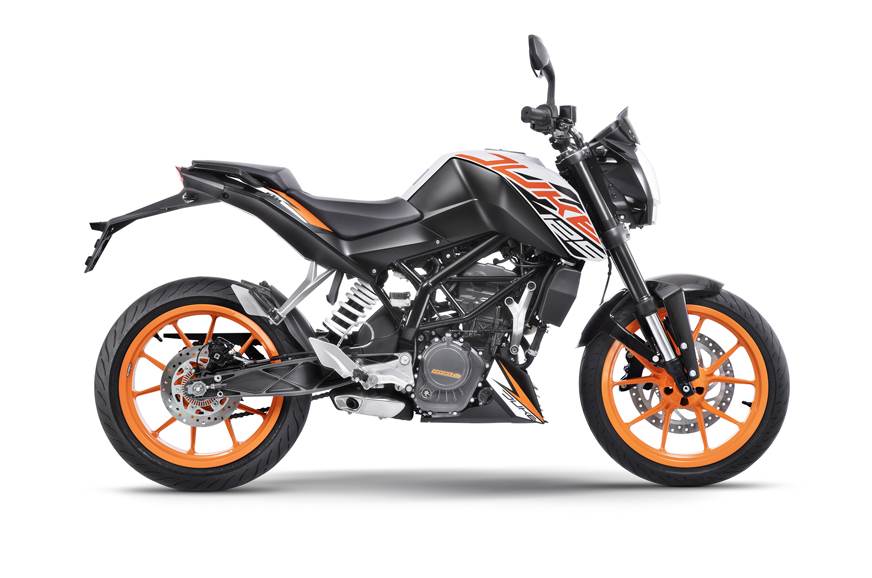 Despite the fact that the bike is falls just under the 125cc limit and did not require ABS, the firm decided to go on with it as the bike was designed to fit it easily, rather than coming up with a new combined brake system. coque iphone xs max The bike features a 124.77cc liquid-cooled, single cylinder DOHC motor that is capable of producing 14.5hp at 9,250 rpm and 12Nm of torque at 8,000 rpm. It is mated to a 6-speed transmission and does not have a slipper clutch. coque iphone 7 It also comes with a trellis frame, 43mm uSD fork and an adjustable monoshock. As for the brakes, it consists of a 300mm single-disc drake at the front and a 230mm unit at the rear.

Honda to come up with two new 650cc motorcycles
Royal Enfield Classic 500 Pegasus sold out in India within 176 seconds!