Yamaha working on a new Niken 300!

Yamaha working on a new Niken 300! In Iwata, Yamaha bosses believe that three is better than two, and after the introduction of the new three-wheels Niken 900, rumours point to the fact that the Japanese manufacturer is already working on a second version of the Niken, but this time with a 300 cc engine.

Yamaha will use the engine we already know from the naked MT-03 and YZF-R3, a two-cylinder engine with 321 cc, four valves and liquid cooling.

Obviously the big interest in the new Niken 300 will be the front suspension system that holds two front wheels. The LMW – or Leaning Multi-Wheel – is very much the same as we can find on the bigger Niken 900, using four shocks on each wheel to give the rider a greater sense of security and letting the rider lean the bike into corners almost the same way we do on a two-wheel bike.

Design wise, Yamaha won’t change much of the design elements that make the Niken so interesting. Of course there will be changes, for example in the front headlight assembly, but the rest of the Niken “03” will look very close to the Niken 900.

According to the rumours, this new three-wheeler from Yamaha will be shown to the public at Intermot Cologne motorcycle show, in October. 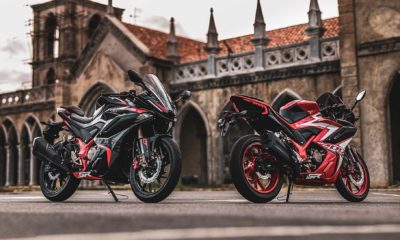 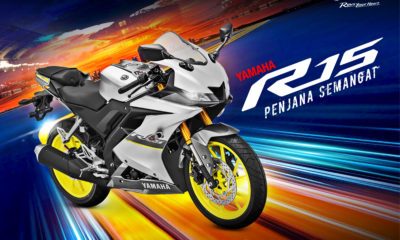