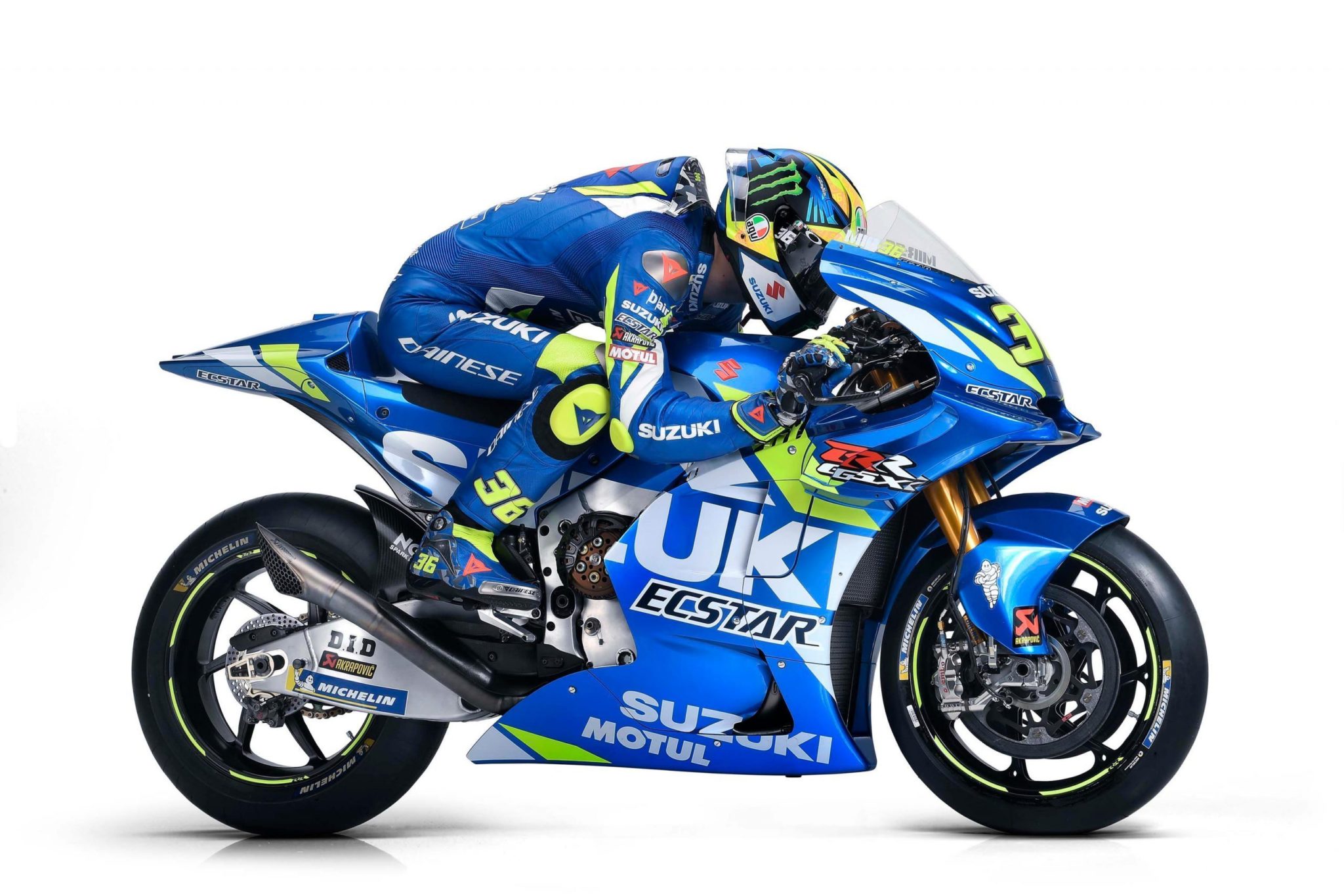 The work that the Suzuki factory team has done since their official return to MotoGP, four years ago, has granted them better and better results, and last season the Ecstar Suzuki team achieved the second spot in a MotoGP race for four times. Those results, and the faith they’ve got in Alex Rins performance, has led them to decide not to introduce big changes in their GSX-RR prototype.

According to an interview published on Ecstar Suzuki’s official website, team manager Davide Brivio confirmed that the GSX-RR will only receive some updates on the engine and frame

“We won’t have a new bike for 2019, but we are working on the main parts: engine and frame. So, we’re testing a new version of the engine, with more power and speed, and it’s looking good, so now we need to understand how this engine affects the rest of the components and the balance of the bike. This engine was already used by Guintoli in the Japan GP, Alex Rins tested it in Valencia, and then both factory riders had it for the last Jerez test”.

With good results last season, and losing the technical concessions that MotoGP offers to new teams or teams that are struggling to get results, Ecstar Suzuki is also trying to get the race win they’re looking for since rejoining the championship

“The first and biggest dream is to get the first win. We have finished second four times last season, three of them with Alex Rins, so it’s only natural for him to try to win and that’s also our goal. With luck, it will happen in the short term. I like to believe that we’ve got to the top rank in MotoGP, and we’re now at the same level of Honda, Ducati and Yamaha, fighting with the same weapons”.

With the 2019 MotoGP pre-season fast approaching, the Ecstar Suzuki team, with Alex Rins and rookie Joan Mir, stepping up from Moto2, will surely be a team that will make the headlines when racing starts.