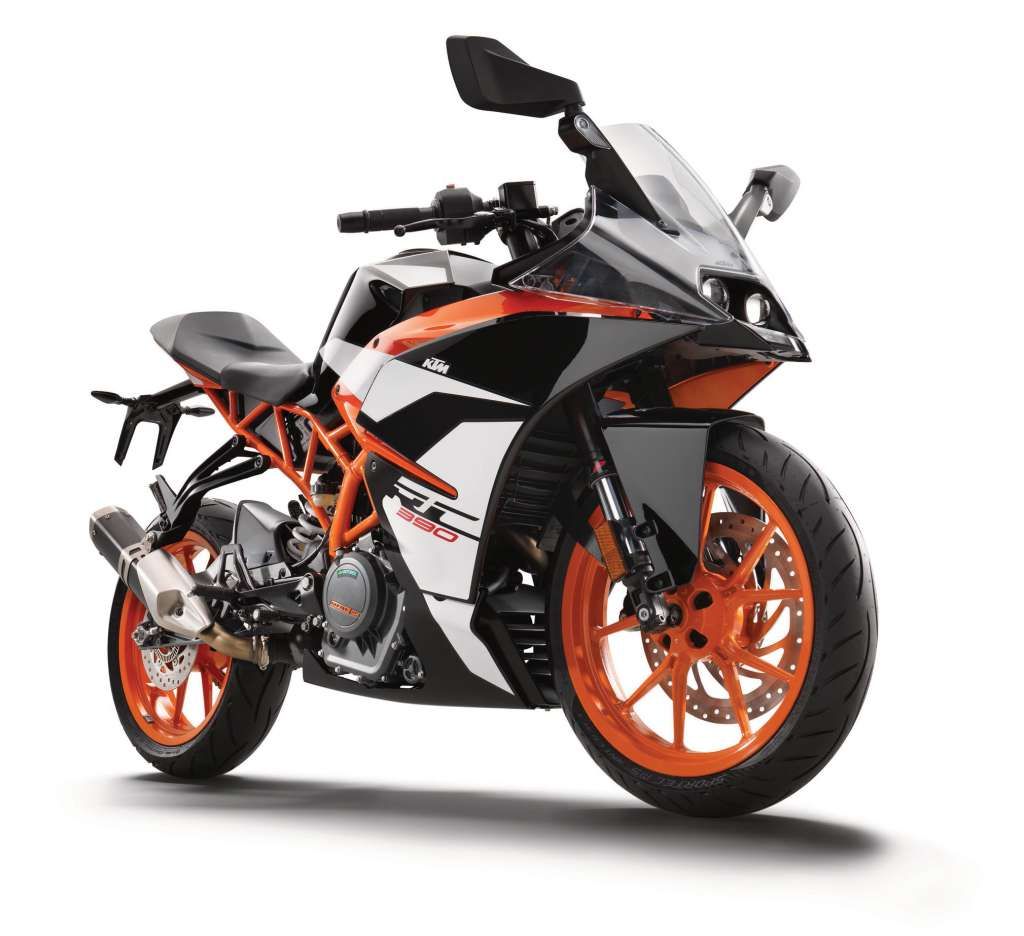 KTM is getting ready to show a lot of new models for 2020, and although we expect the Austrian manufacturer to bet everything on the new RC 790 sportbike, based on the same platform as KTM uses on the Duke 790, there’s also new things coming up on smaller displacement models, and the spy shots of the KTM RC390 continue to pop up.

This time it’s British website Morebikes that shows some more spy photos of the RC390, giving us a better glimpse of how this bike might look like when it’s revealed at EICMA Milan later in the year.

As it will happen with other small displacement bikes, KTM will build the new RC390 in their factory in India, and from the new spy photos we can clearly see that the small sportbike isn’t so small anymore. The subframe has been changed, but the big changes are at the front, where the RC390 gets a new front fairing, bigger, for better wind protection and with a new headlight, while the handlebars are also new for an improved riding position. The side fairings have also been redesigned for this 2020 version of the RC390, but for taller riders, the best news is that the fuel tank, that is really compact on the current RC390, has grown in dimensions and will now allow for better leg support while riding.

The single-cylinder engine with 373 cc will need to be reworked to be able to continue fighting with their main rivals from Yamaha, Honda, Kawasaki and the new Suzuki GSX-R300. So, KTM designed a new cylinder head and exhaust system, containing a new catalyzer, to allow the new RC390 to be able to comply with the stricter Euro 5 regulations.

As we said, we expect this new RC390 to be shown during the next EICMA Milan motorcycle show, happening later this year, while the first units should arrive on the global market in early 2020.