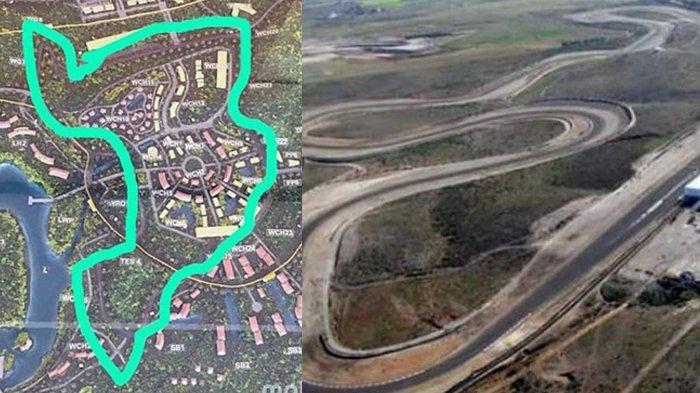 When the first rumours of Indonesia making and agreement with Dorna over hosting a MotoGP race first appeared, mentioning a street circuit, we didn’t think it would be possible. For years MotoGP and their safety commission has payed close attention to conventional circuits and safety features, and in most cases, when a dangerous situation appears, the safety commission demanded circuits to make changes to the track layout and to runaway areas.

One of the last examples of this is what’s been done in Catalunya, Barcelona. Due to the tragic accident that involved Spanish rider Luis Salom, the MotoGP safety commission and riders demanded that one specific corner of the track was changed, and so the track owners made those changes to improve safety.

A street circuit, as the name implies, is a track built using normal streets but closed to the public on race weekends, and runway areas aren’t easy to build on these type of circuits, where houses, sidewalks and other obstacles don’t allow track builders to place these safety features. A good example of this is the Macau Grand Prix circuit.

These questions made us doubt that an Indonesian round for MotoGP and World Superbike, using a street circuit, wouldn’t be possible, but according to a press release by Dorna, Indonesia will in fact host, starting 2021, a MotoGP and a World Superbike round. This deal says that Indonesia will host both races for a period of three years, but there’s a clause on the contract that will allow Indonesia to extend the deal for more years.

The deal was signed on January 28, conducted by Carmelo Ezpeleta, CEO of Dorna and Abdulbar M. Mansoer, CEO of ITDC at Dorna’s office in Madrid, Spain, in front of Senior Management team by both parties and witnessed by Indonesian’s Ambassador Extraordinary and Plenipotentiary for Spain, Drs. Hermono M.A.

This deal contemplates that a new circuit will be built in the beautiful area of Mandalika, in the island of Lombok. This large-scaled tourism estate will see the birth of a new street circuit, with its construction beginning September 2019.

FIM Safety Officer and former rider Franco Uncini has already given his approval over the track layout and safety features, a track that, when finished, will be 4.32 kms in length and feature a total of 18 corners.

According to Abdulbar M. Mansoer, “The street circuit will be built from zero, unlike the tracks in Singapore and Monaco,” he said. “When it is not being raced on, it will be used as a regular highway in the area. We estimate a fast construction process for the circuit, as we only need to build roads and paddocks”.

With Indonesia joining the calendar for both MotoGP and World Superbike championships, this means Southeast Asia will get even more race events over the racing season, after Thailand and Malaysia being now a regular passage point for both championships.

The new deal also opens the door for MotoGP and World Superbike to get in what is one of the biggest motorcycle markets in the World. Indonesian fans are amongst some of the most fanatics (in the good way!) fans of MotoGP, and manufacturers are now looking to give Indonesians the chance to witness, in first hand, the fantastic show that is MotoGP and World Superbike racing.

At the moment, the MotoGP calendar features a total of 19 races. Dorna wants to bring MotoGP to new countries like Indonesia, but with Finland also getting a new track called KymiRing, expected to enter the calendar by 2020, this means that soon MotoGP teams and riders will need to face more than 20 races per season.