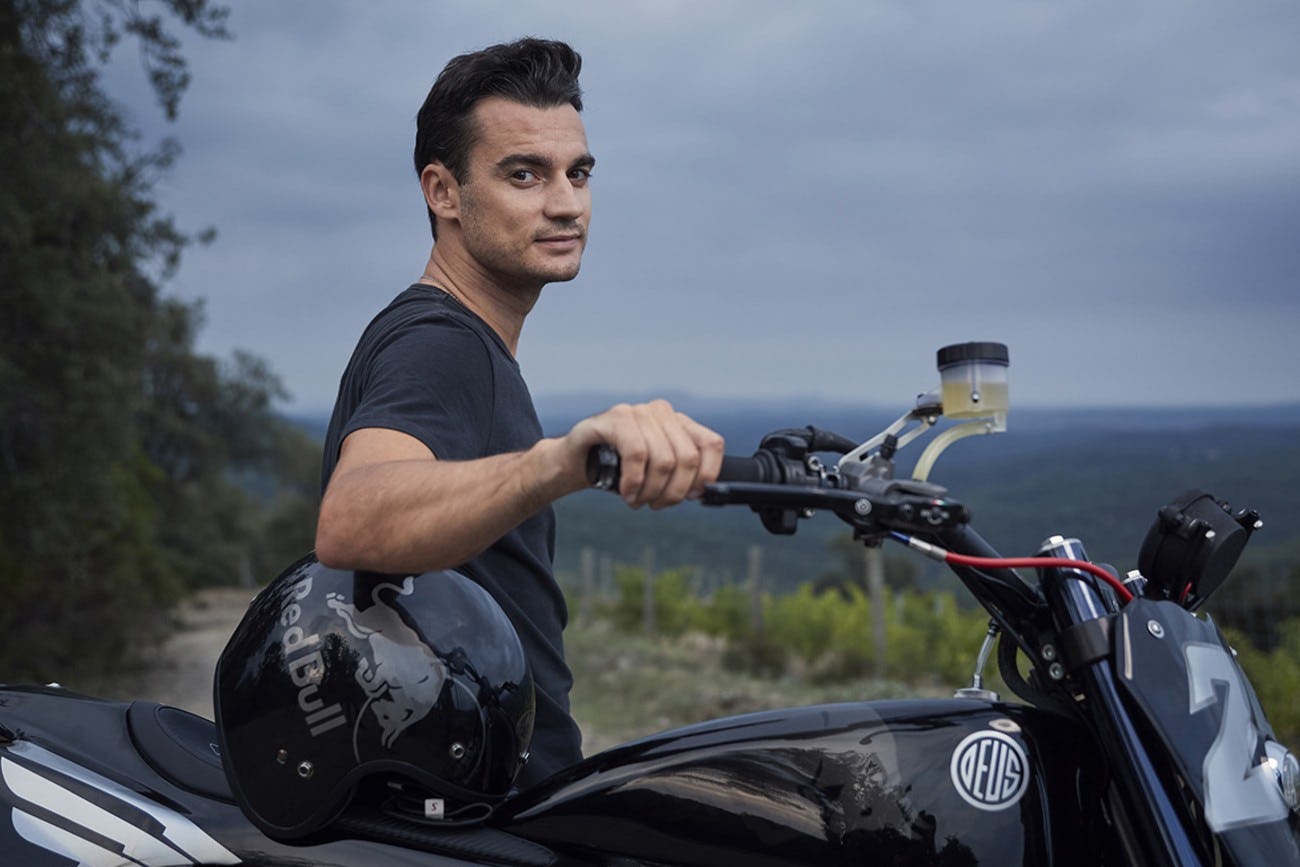 Dani Pedrosa might be known for his achievements on the racetrack, especially in MotoGP, a championship which he decided to abandon after many years racing for Repsol Honda, and many injuries. But the famous Spaniard, also known as “The Samurai”, hasn’t given up on bikes, and to let his fans know more about how he is outside the races, Dani Pedrosa accepted Red Bull’s invitation to enter a documentary called “The Silent Samurai”.

While Dani himself is the star of the show, there’s a second star that appears on the documentary and was created specifically for Dani Pedrosa by the experts of Deux Ex Machina.

The 30-minute documentary reviews Dani Pedrosa racing career, all the things he’s done since joining the world stage in 2001, when he raced in 125 cc for the first time. But besides that, Red Bull wanted to give to Dani Pedrosa something special, so they commissioned Deus Ex Machina to build a bike according to Dani Pedrosa tastes.

The result is a flat track inspired motorcycle, mean looking, ready to race, and with a monster of an engine: The iconic two-stroke single-cylinder 491 cc that Honda used on the mighty CR500 for motocross, on the 80’s and 90’s.

The engine, dating from 1985, was completely rebuilt, with Deus Ex Machina installing a a few performance upgrades like Moto Tassinari V-Force 3 intake, K&N air-filter, radiator for better cooling and silicone hoses to transform the air-cooled engine onto a liquid-cooled engine, and to top it all out, they’ve also designed the handmade exhaust, hand welded, and with a carbon fiber silencer for a demonic sound.

When Dani Pedrosa first tried the bike, and being only 58 kg in weight, he couldn’t get the engine to start using the standard kickstarter. Deus Ex Machina had to change many parts to find a solution to this problem, and in the end they’ve opted to use a different cylinder head, for change compression settings and allow for an easier start using the kickstarter.

Deus Ex Machina says that the engine has gone up in power to around 70 hp, while the stock engine was pumping out around 55 to 58 hp. That’s a good improvement on performance for this Honda CR500 engine, so the team led by Michael “Whoolie” Whoolaway had to build a special chassis to fit this beast of an engine.

They’ve created a custom made cro-moly frame, handmade by “Whoolie” himself, and the same strategy was used on the swingarm that gets a Race Tech monoshock, while at the front Deus Ex Machina opted for a Öhlins 43 mm flat track front fork, with suspension specialist Jimmy Wood setting up the settings for Dani Pedrosa riding requirements. Tyres are also special and directly taken from flat track races, with 19’’ and grooves for riding on dirt.

The end result you can see on the photos here and on the video of the bike build. But there’s no doubt that what Deus Ex Machina created for Dani Pedrosa can only be described as a piece of art on two wheels!