Lightning Strike electric motorcycle to be revealed on Thursday

Lightning Strike electric motorcycle to be revealed on Thursday 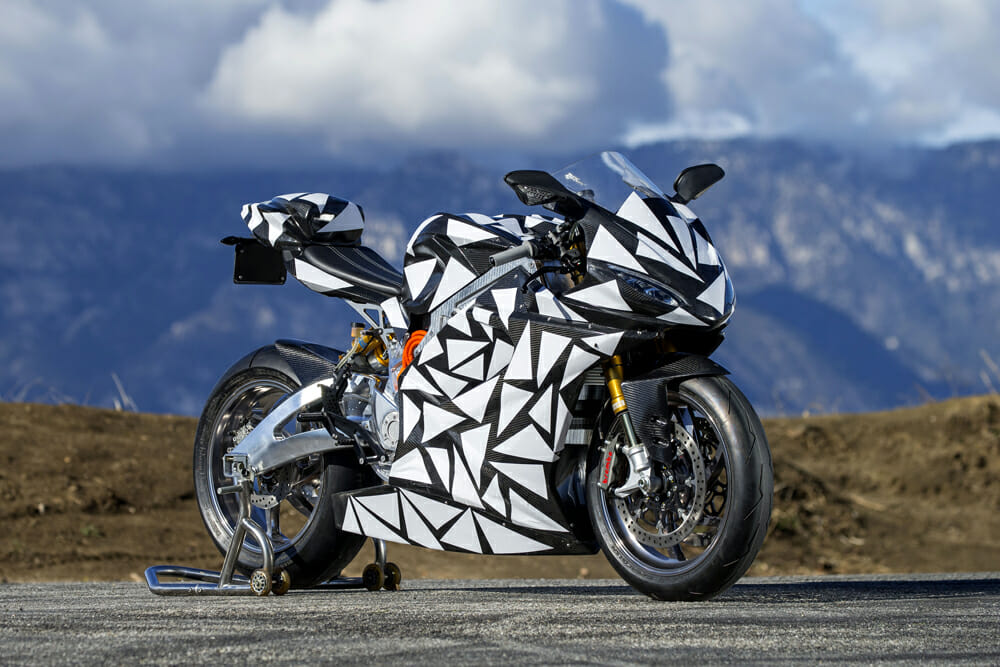 The Lightning Strike electric motorcycle will be officially revealed on Thursday. Full specifications of the Strike will be announced with the official Strike launch. What we can tell you for now is that the Lightning Strike electric motorcycle is designed as a 600 sport equivalent and has a top speed of 150 mph (241km/h) in its track gearing setup. The bike is likely to be powered by a 70kW (94hp) motor and the higher spec version is likely to feature a 90kW (121hp) motor.

The Strike’s motor is a 150V liquid-cooled three-phase AC induction motor and also comes with a liquid-cooled controller. It has a large 18 kWh Lithium-ion pack that would be sufficient to take the rider for 120 miles (193km) of range in an urban setting or 75-90 miles (121-145km) of range at highway speeds. The Lightning Strike electric motorcycle reportedly includes a 3.3kW onboard charger as standard and is speculated to be capable of recharging the battery from 0-95% within 3.5 hours on Level 2 charging. A 12kW charger option will also be available to drop charging time to just over an hour whereas a DC fast charging (Level 3) will be able to fully recharge the battery in approximately half an hour. As for the bike’s assembly, most of the component production is performed at a facility in China where the majority of the parts will be produced in Quzhou. The bike will then be assembled in California at the firm’s own facility in San Jose.

“Our main reason for opening the factory in China is that we know we must be able to build these bikes at a competitive price and in a kind of volume that will allow Lightning to compete with gasoline bikes on price. We’ll do the engineering and product development in California, but will manufacture the majority of the parts in China before shipping them to the USA, where we’ll assemble bikes destined for North America, and certain of our export markets. Then we’ll ship each motorcycle as a CKD/complete knockdown kit into our US dealers and our distributors in other countries, where they’ll hand assemble them locally,” said Lightning CEO Richard Hatfield.

This Norton Breitling has the precision of a Swiss watch
A new Yamaha YZF-R1 on the way because of Euro5 rules?