Three years after the launch of the well-received S21, Bridgestone strikes again and gives us the brand-new Battlax Hypersport S22 tyre.

Bridgestone has come a long way since they’ve started producing motorcycle tyres. The Japanese brand has evolved a lot, gained experience in the racing world, and although Bridgestone is no longer involved in MotoGP, we’re still getting the benefits from the technologies they developed for the best motorcycle racers in the world.

Bridgestone has a wide variety of motorcycle tyres, covering every segment: tyres for scooters, adventure, and trail tyres, touring tyres, or even competition tyres like the new R11. But if there’s a type of tyre that Bridgestone has perfected through the years is the hyper sport tyres for road use.

2016 was a turning point for Bridgestone, when they launched the S21. I was lucky enough to be present at the international press launch in Abu Dhabi Yas Marina race track, and right from the start, I felt that the S21 raised the bar compared to its rivals. Bridgestone said at the time that the S21 wasn’t a tyre built for track use, but was I felt in Abu Dhabi was a tyre that was really good for those of us that do the occasional track day but still need to ride our bikes on the road.

And the best of all, the S21 really achieved a milestone in tyre life. Bridgestone claimed that tyre would last 8500 km. I had tested the S21’s in my own bike as a long term test, and on the Aprilia RSV4 RF, they lasted an impressive 7400 km before I needed to change them. And that was with highway riding, urban riding, and two track days. Needless to say that the Bridgestone S21 impressed me a lot!

So, three years later, Bridgestone decided to launch the next step in terms of tyres aimed at sportbikes. The Battlax Hypersport S22 is now the top of the line sport tyre of the Bridgestone family, the S21 is the middle tier tyre, while the “old” BT016 Pro will continue to be the tyre for riders that look for a balance between performance and lower price.

The first thing we need to understand is that the Battlax Hypersport S22 isn’t, at all, just an Evo version of the S21. Those of you that know Bridgestone, know that after the S20 the Japanese brand launched the S20 Evo. It would be natural that the same strategy would be applied to the S21, but instead, Bridgestone went all out to create a completely new sport tyre.

Bridgestone still markets the S22 as a street tyre, but just like I felt before with the S21, at the international press launch that happened at the Spanish Jerez de La Frontera race track, home of one of the best MotoGP races in the calendar, I really feel that the S22 is more than just a street tyre.

Bridgestone claims they’ve improved corner speed by as much as 15%. The wet grip also improved, and the brand claims that lap times with wet asphalt are 5% better compared to the times set in the same conditions with the S21.

How did Bridgestone achieve this?

As I mentioned, the Battlax Hypersport S22 isn’t just an Evo version of the old S21. In fact, it’s a brand-new tyre. The carcass features the latest innovation in belt technology. The rubber compounds – two different in the front tyre, three different in the rear tyre – were also reformulated, especially the rear tyre center compound, the hardest. It’s now even harder than before for maximum wear resistance and features a new resin compound that has been created using molecular technology. The silica particles in this hard compound are 25% smaller, meaning they can find much more grip when in contact with the asphalt.

For wet performance, Bridgestone redesigned the tyre pattern. The grooves are a little wider, and that means the S22 can get rid of water faster. As a result, the wet grip has increased, which is always a welcome feature on any motorcycle tyre, but specifically great on a sport tyre.

And that was reassuring to know during the press launch in Jerez. Unfortunately, the weather decided to change from a sunny day to stormy day. Dark clouds above the Andalusian track showed how fast a race track can get completely wet. But instead of canceling the event, Bridgestone, revealing absolute confidence on their Battlax Hypersport S22’s, said to the journalists that the press launch was a “Go!”.

The bikes chosen for us included all the latest superbike weapons from Yamaha with the YZF-R1, the Suzuki GSX-R1000R, the Ducati Panigale V4 S, Kawasaki Ninja ZX-10R, or the superb BMW Motorrad S1000RR. Besides these, Bridgestone also sourced some sport naked models like the KTM 1290 Super Duke R and the Suzuki GSX-S1000. With such a variety of bikes at my disposal, and all producing great power and torque, the Bridgestone S22 would have a hard job to reveal they’re true potential in the very wet conditions. Or at least, so I thought!

As soon as I started lapping Jerez, following former MotoGP rider Colin Edwards and BSB rider Josh Brookes, I could immediately feel that straight line stability is still one of the best features in the Bridgestone tyres. Even on a very wet track, the tyres give you a lot of confidence, and even though this is a street tyre, I was managing to achieve good lean angles, always with lots of feedback from the Japanese rubber. Of course, the advanced traction control and stability control and all the other riding aids on the bikes helped, but I did feel the connection with the asphalt, and that’s something only the tyres could do.

Luckily for us, the weather got better during the afternoon, and the Jerez asphalt dried up pretty quick. Only a few damp spots remained, mainly from turn 2 up to turn 4, and then on the final sector on turns 8 to 10.

With my confidence now on a high, I could push for the limit. The front tyre gives a lot of information while leaning on a corner. It doesn’t fall aggressively to the side like race tyres do, because the profile isn’t too sharp. Instead, we only need to push the handlebars a bit and the front falls into the trajectory we wish. What impressed me the most was the contact area on the side that the S22 has compared to the S21.

The S21 I felt I was always reaching the limit too fast, while on the S22 I had to really push the front of the bike much more to feel it reaching its limit. When it does reach it, it tells you that if you continue to push, you’ll crash. A small vibration from the front is the sign you’re on the limit.

As I mentioned, the bikes we rode in Jerez were all packed with lots of power and torque. These bikes really take the rear tyre to the limit of grip. The rear tyre does move a little when we accelerate hard out of corners, but you never feel it’s going to get out of control. It’s a predictable movement. While in corners, when lean angles are higher, the shoulder grip of the rear tyre is no less than excellent. That’s because the new soft compound really has a lot of grip. That, in turn, means the traction control doesn’t work so much. And the end result is better lap times.

Agility is also a bit better than what I felt on the previous S21. On the S22’s you just need to give a little nudge on the handlebars or clip-on, and the bike moves from side to side with ease. It’s still not as fast changing direction as a slick tyre, and maybe some of its rivals like the Michelin are faster, but the truth is that the Battlax Hypersport S22 is fast and neutral, even when riding aggressively on a race track.

As for tyre wear, there’s no better testament of how great the S22 is than what we saw in Jerez. Each pair of tyres were fitted in the morning on each bike, before the first track session. At the end of the day, each pair of tyres completed a total of 18 track sessions, mixed between wet and dry asphalt. If you take into consideration that on a normal track day you usually do around six track sessions, that means the Battlax Hypersport S22 lasted more than two track days in just one day! And at the end the thread pattern was still showing deep grooves and the wear was uniform. 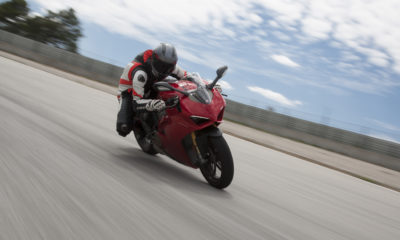 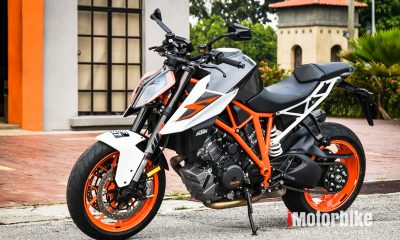 Motocorsa Ducati Panigale V4 Nicky Hayden Tribute
Pulsar Dareventure Malaysia comes to an end and we have a winner!