Alvaro Bautista results in his World Superbike rookie season prompted Ducati to make him an offer to renew contract until 2021. 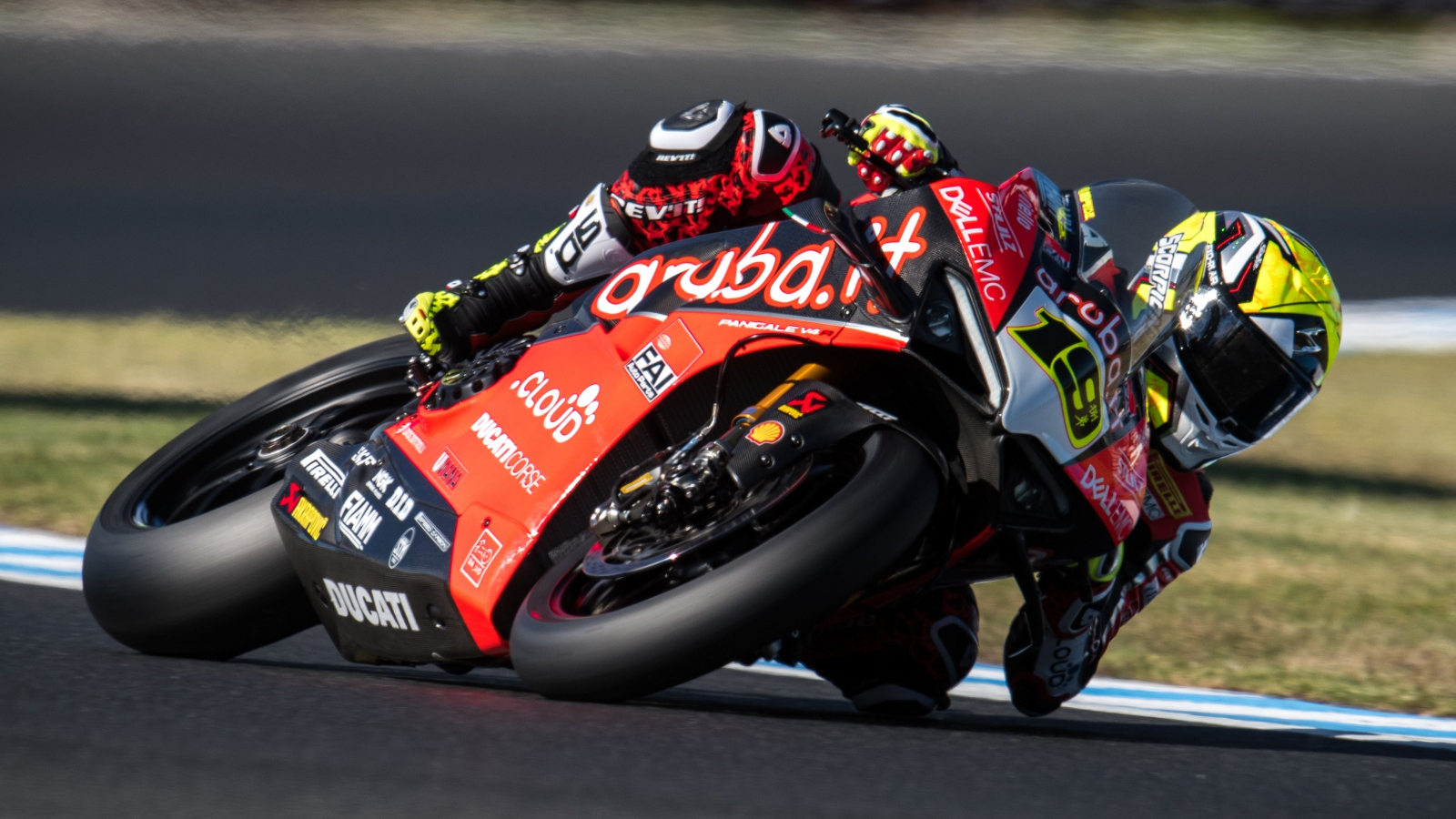 Even though Jonathan Rea and Kawasaki won at Imola, Alvaro Bautista is still on a high note. According to Paolo Ciabatti, Ducati sporting director, the Italian brand wants Bautista in SBK for two more years.

Alvaro Bautista has already said several times he wants to return to MotoGP. But he wants a bike with factory support, something very difficult. The most obvious solution would be to join the Ducati Factory. Danilo Petrucci isn’t getting the results expected, and Bautista could replace him. But Ducati seems to be interested in putting Australian Jack Miller on the factory bike.

The Spaniard is without any options in MotoGP, so he needs to find a way to stay in Superbike. His contract is with Ducati and valid until the end of the current season.

Paolo Ciabatti and Ducati are happy with Bautista results. He’s won 11 races until now on his rookie season, making the Panigale V4 R the bike to beat. Ducati is already working on a new contract, and the contract should be almost ready to be presented to Bautista.

Ciabatti confirmed that the Borgo Panigale based manufacturer wants to keep Bautista until 2021. They need him to spearhead their efforts in World Superbike. And to convince him they’ll improve his salary.

Superbike salaries aren’t anywhere near the ones paid in MotoGP. Alvaro Bautista is said to earn around 200.000 euros per season with Ducati. He does have extra earnings according to his race results. But it’s still a very low base salary considering Bautista’s career records.

Now Ducati wants to pay much more to retain him until 2021. The value of the contract isn’t known, of course, but sources point to the fact that Bautista would be amongst the best-paid riders in World Superbike. Probably at the same level as Jonathan Rea.

There’s no information as to when Ducati might present the proposal to Alvaro Bautista. But Paolo Ciabatti is showing signs that he and Ducati don’t want to waste time. So, we expect the contract for renewal to be presented during June.