iMotorbike presents to you this black aesthetic with a copper touch- a custom 1979 BMW R80 by Jason Ralls and Rogue Motorcycles. 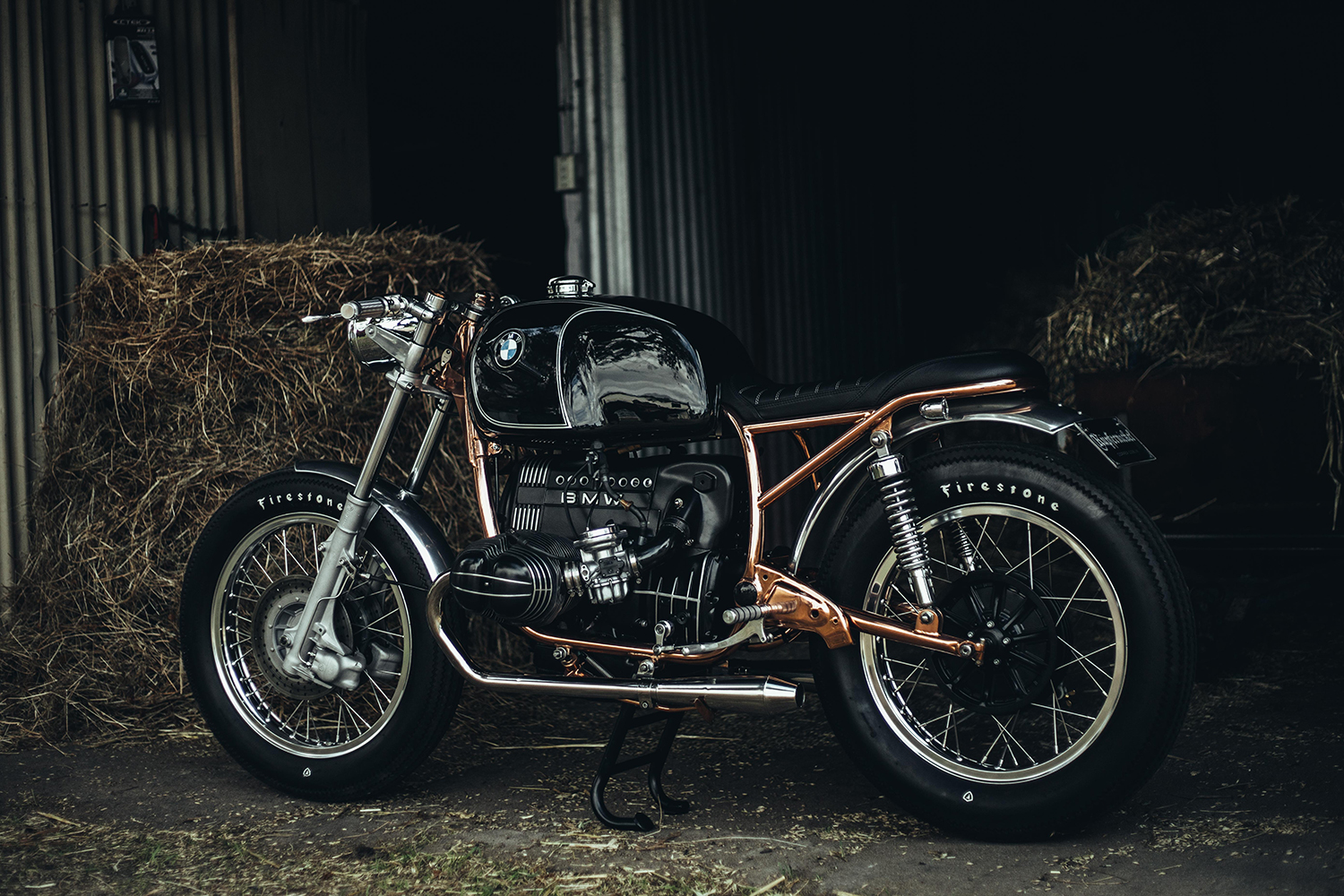 This custom bike is as beautiful as you could ever imagine. The exterior of the bike shows off its aggressive look whereas the interior provides it with quality performance. This is the Kupfernickel- a custom 1979 BMW R80 made by the hands of Jason Ralls and Rogue Motorcycles.

Jason is known for his outstanding work in building boats and Australian muscle cars. Thus, a custom motorcycle was a rather new and adventurous project for him. “I didn’t know if it was going to be fantastic or a Frankenstein,” says Jason as quoted from Pipeburn. 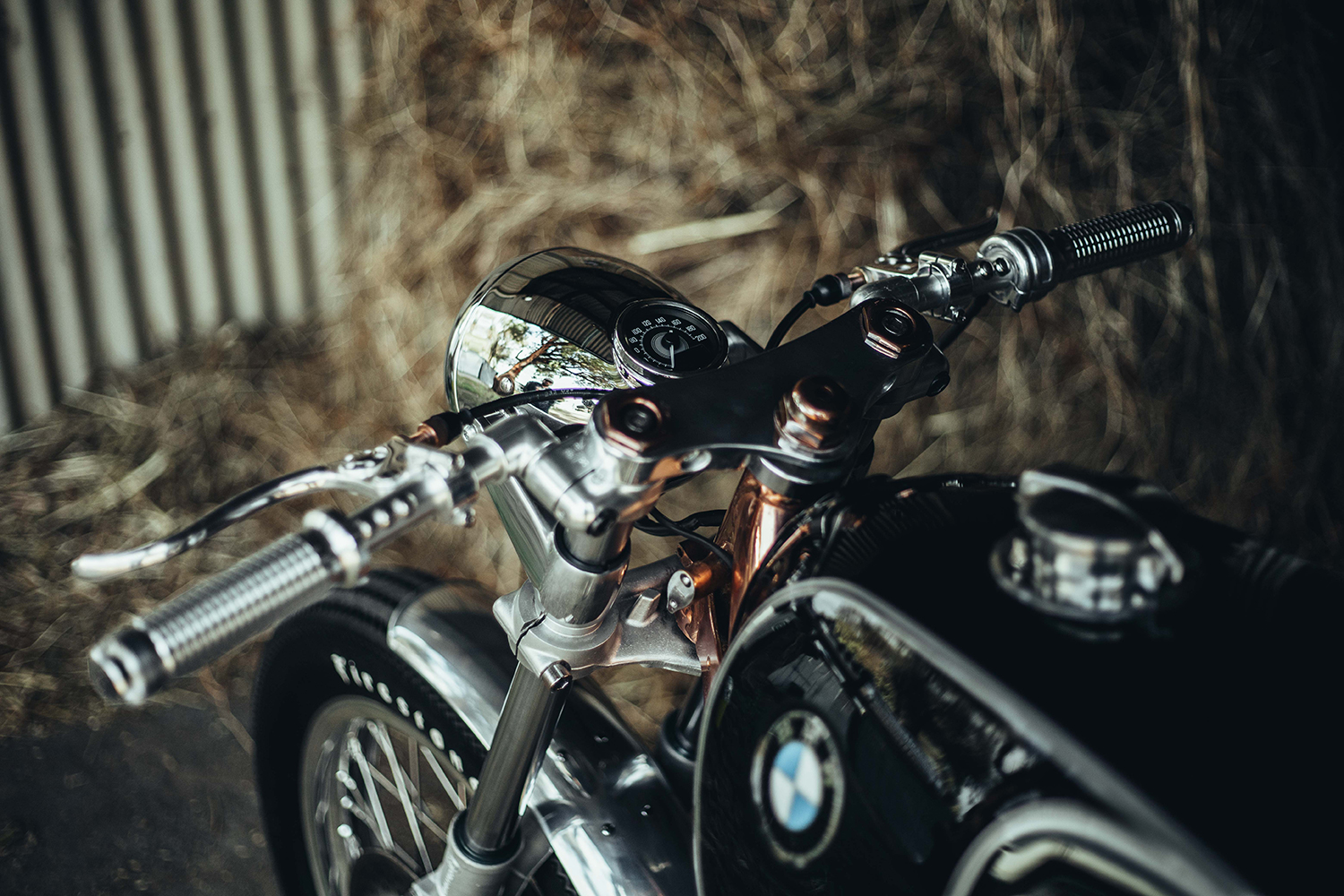 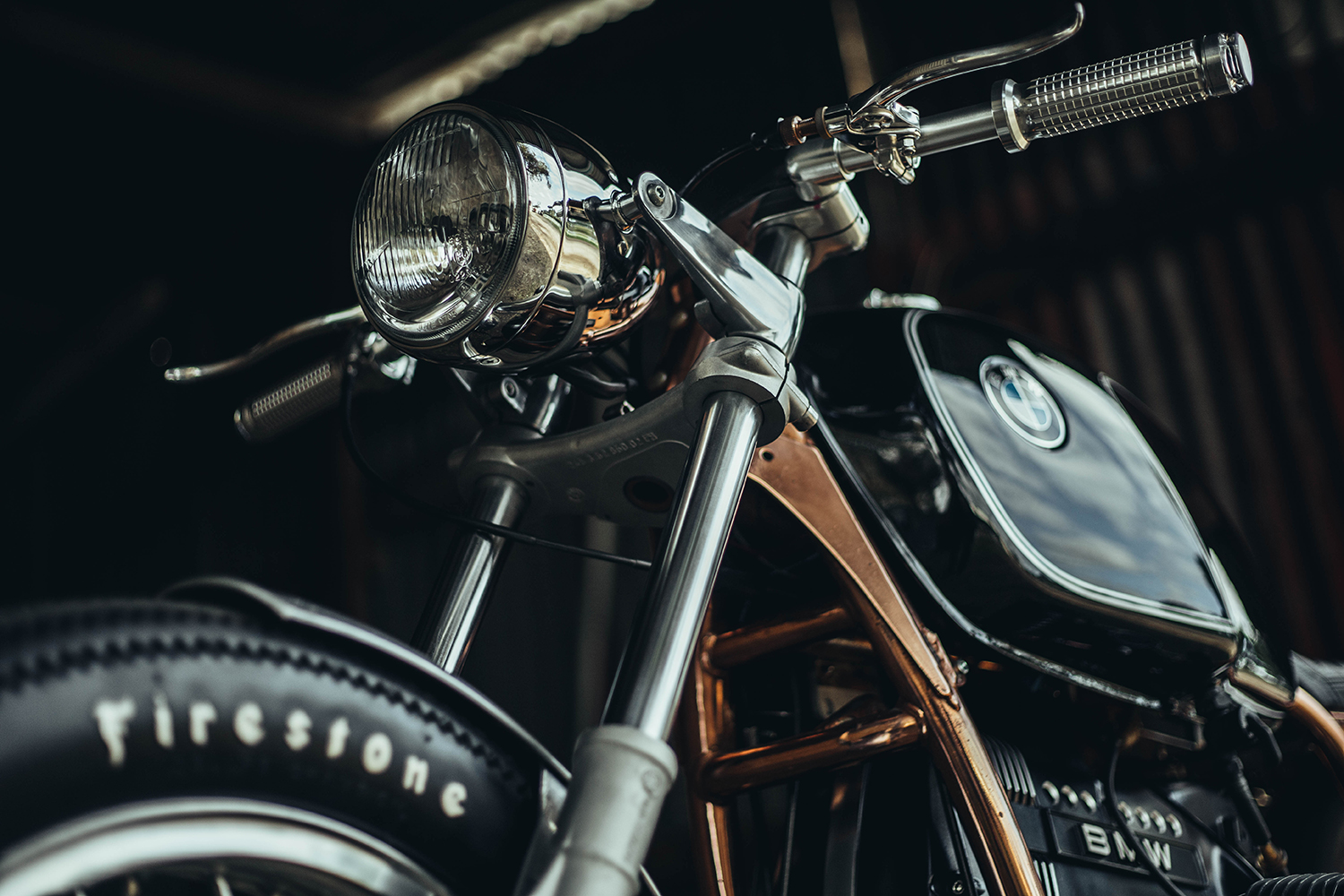 “I was building cars, then I built a boat, and I thought I haven’t built a motorcycle yet,” Jason added. “My mate had a BMW R80 built for his dad and had it customised for his 60th birthday, I thought it was pretty cool – a few weeks later he showed me one for sale, so went and bought it.”

Jason had to race with time to ensure the bike was done to make it to the 2018 RIDE ON custom bike show in Perth. Jason managed to search the internet for inspiration to develop a storyboard. He also got the help of renowned Western Australian builder Billy Kuyken of Rogue Motorcycles. 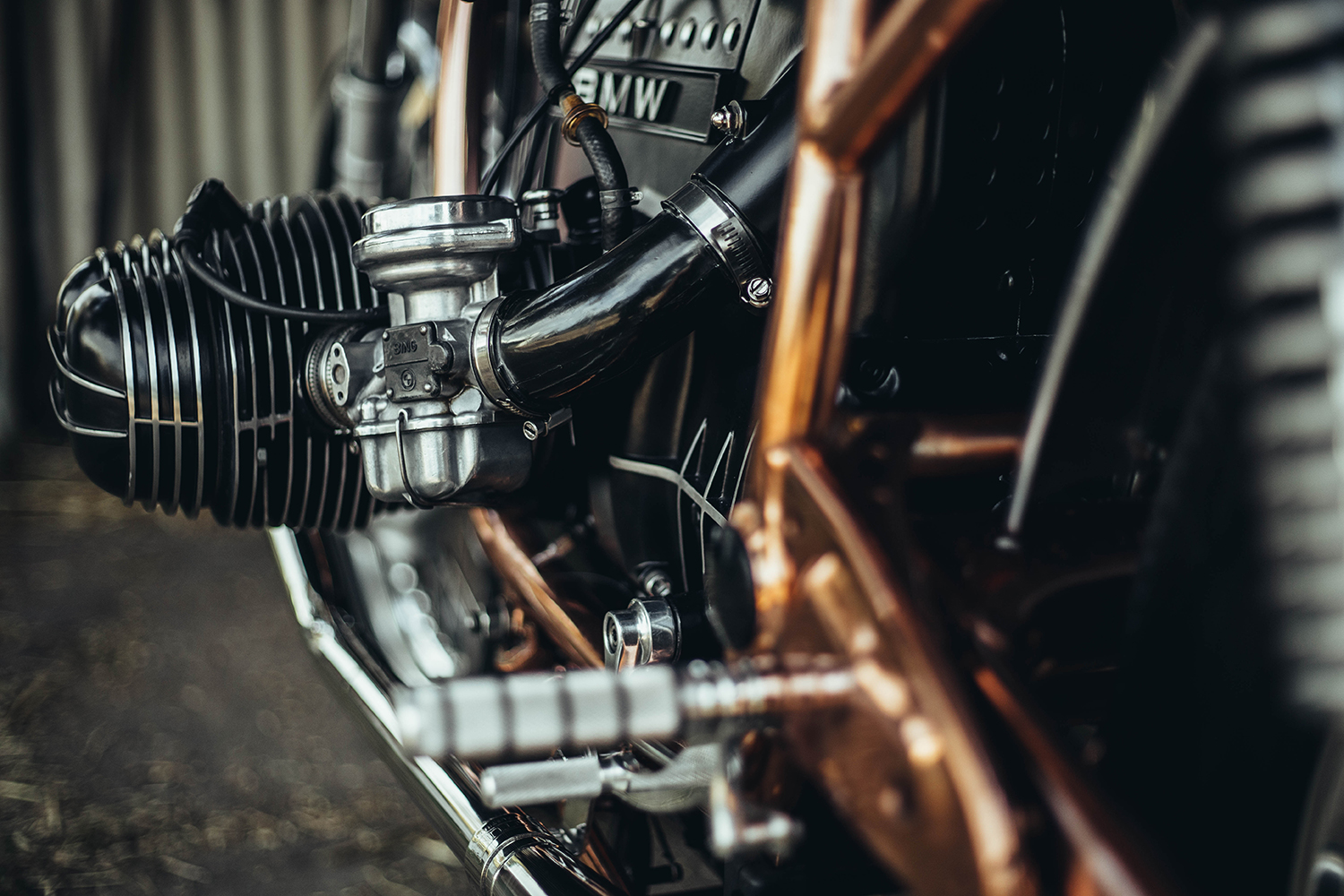 “It was probably around a five to six-month process concepting and designing – going through thousands of BMWs and cafe racers seeing what I liked and what I didn’t like,” says Jason.

“I had about 60 or 70 pages of parts that I’d chop and change to conceptualize a design. I narrowed that down to two or three per part on the bikes, and that’s when I went to Billy and told him what I wanted to create.” 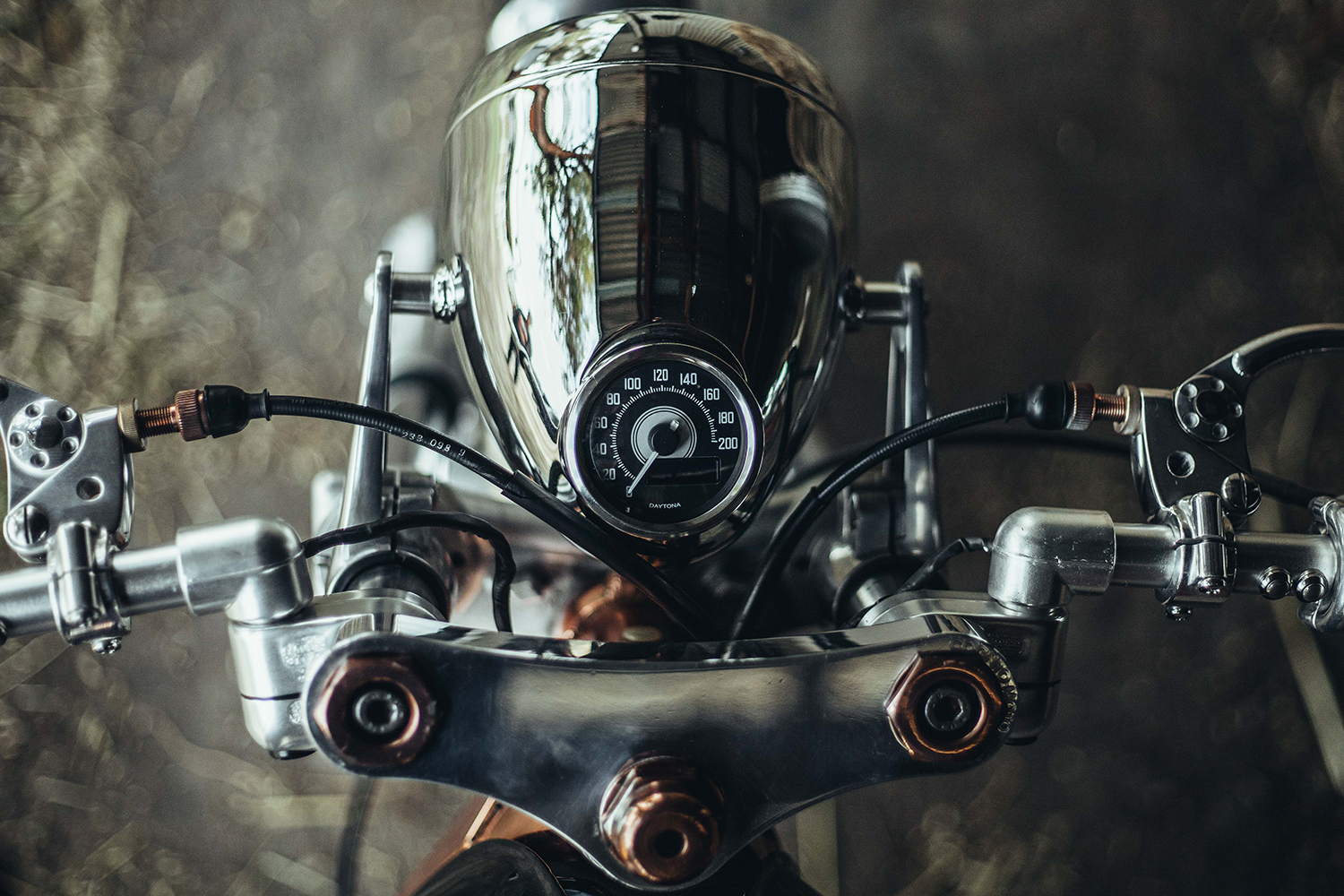 Billy attached the new subframe and stripped the bike off of the lugs and welds. It was then dipped into copper to give it its impressive hue. The dipping was done at Custom Modifications.

“I wanted it to be something different,” he added. “I didn’t want another black frame, and some of the standout builds I’ve seen, there’s something different about the frame – whether that’s a fabrication or the paintwork. Paint just didn’t cut it, so I had it dipped in copper – the decision from there was to polish it, or let it oxidise. We decided to keep it polished.” 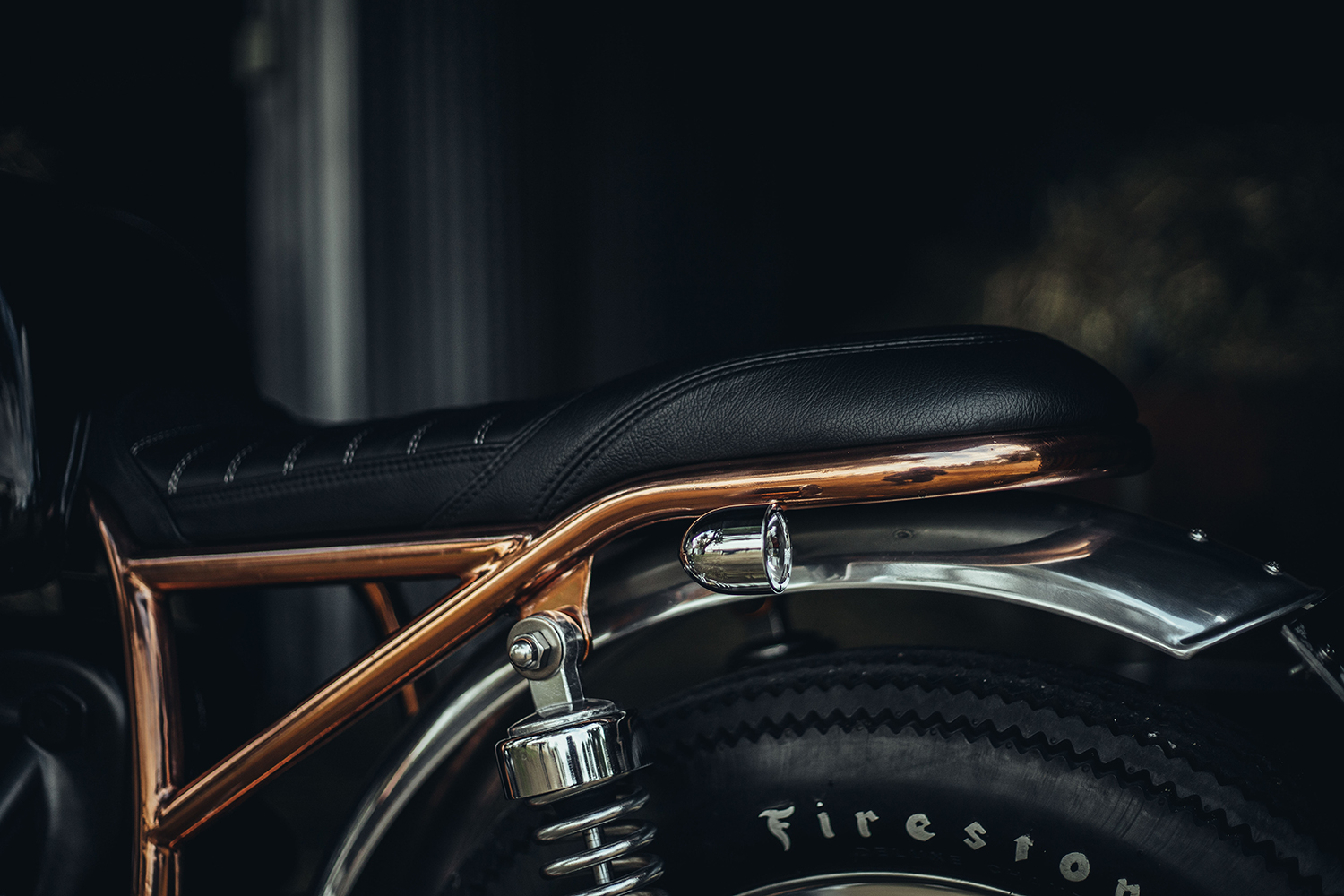 Rogue Motorcycles took care of the core of the bike, from its installation to the finishing. Perth-based shop crafted a new seat pan that was later upholstered by BeyondTrim. They also fitted the fenders on the front and rear with custom brackets.

“I’m very proud of how it’s come out,” Jason adds. “ When I had all these ideas in my head, I didn’t know if it was going to be fantastic or a frankenstein. I was really happy that in the end, it’s generally fantastic and only a few people think it’s frankenstein. I’m pretty proud of what I’ve been able to come up with, conceptualize and create.” 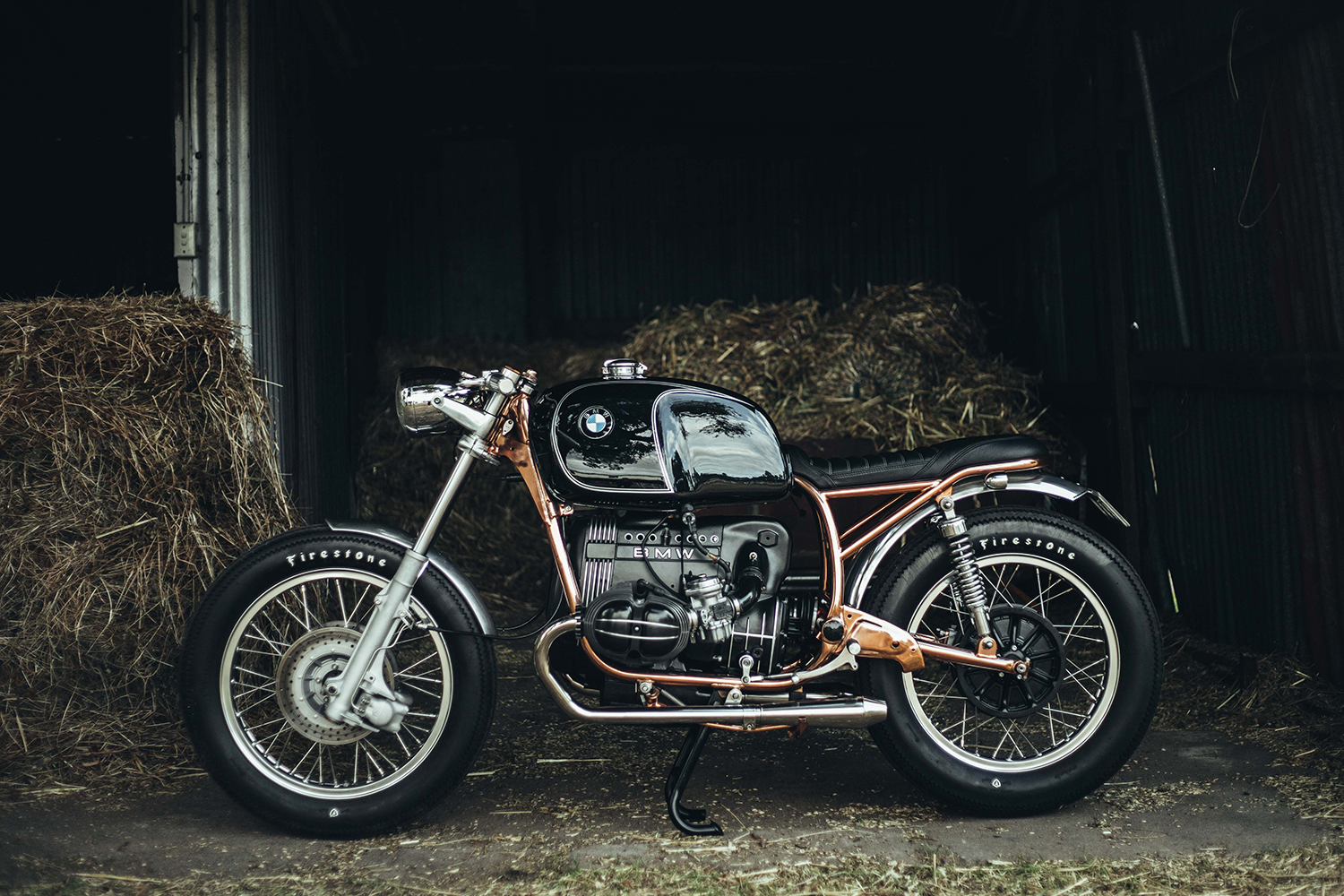