Triumph confirms the return of the Daytona

Triumph confirms the return of the Daytona

British manufacturer Triumph confirms the return of the Daytona. The bike will be produced in limited numbers featuring the 765 cc engine. 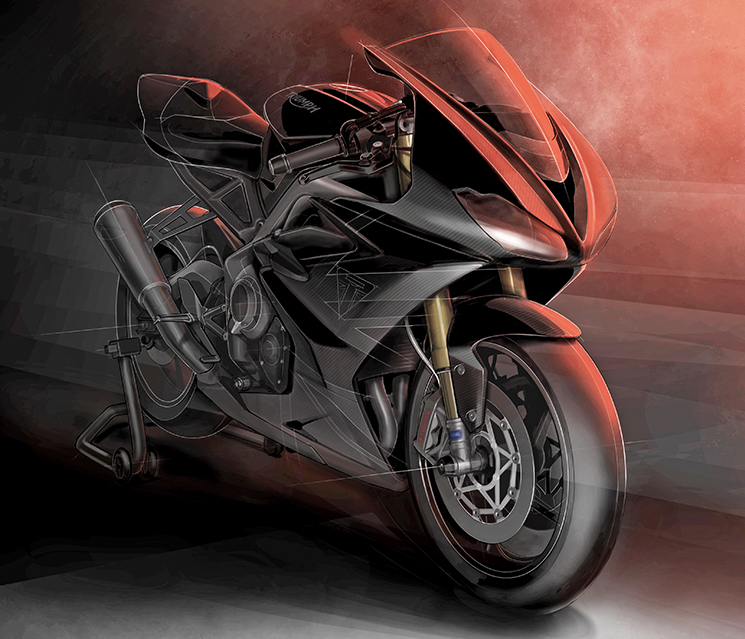 It’s official! Triumph finally listen to its fans and announces the arrival of the Daytona Moto2 765 Limited Edition. The supersport model is one of the most important names in Triumph history and after a few years out of production, the Daytona is back.

The first sketches have been posted in Triumph official website. The Daytona Moto2 765 Limited Edition will feature the same design as before. Some small changes on the fairings, but overall it gets the same symmetric headlights, now with full LED lighting. Though it’s not confirmed, it seems Triumph will fit carbon fiber fairings.

The engine powering the Daytona Moto2 765 Limited Edition is the three-cylinder unit with 765 cc that Triumph uses on the sport naked Street Triple RS. But on this supersport machine, it will get some improvements from the Moto2 championship. That means Triumph will probably boost power from the standard 123 hp up to 140 hp or maybe even higher. On the sketches, we can see the exhaust system similar to the ones used in Moto2.

While the engine is known to be powerful and reliable, the same can also be said about chassis components. Brembo will supply the brake system with Stylema calipers. Suspension duties will be done by Öhlins race-grade front fork and a rear monoshock.

The Triumph Daytona Moto2 765 Limited Edition will also come fitted with a full-color TFT dash. Through it the rider will be able to select and adjust the full set of riding aids like traction control, anti-wheelie, engine brake, riding modes, and all sort of other electronic riding aids.

The price is still a secret. Triumph says the new Daytona Moto2 765 Limited Edition will be built in limited numbers. 765 units to be exact for Europe and Asia. Another 765 units are expected to be built for the United States and Canada, but with different specs. This means the new British supersport machine is expected to get a high price tag when it arrives at Triumph dealerships by March 2020.

The official reveal of the new Triumph Daytona Moto2 765 Limited Edition will happen by mid-August during the British GP in Silverstone.