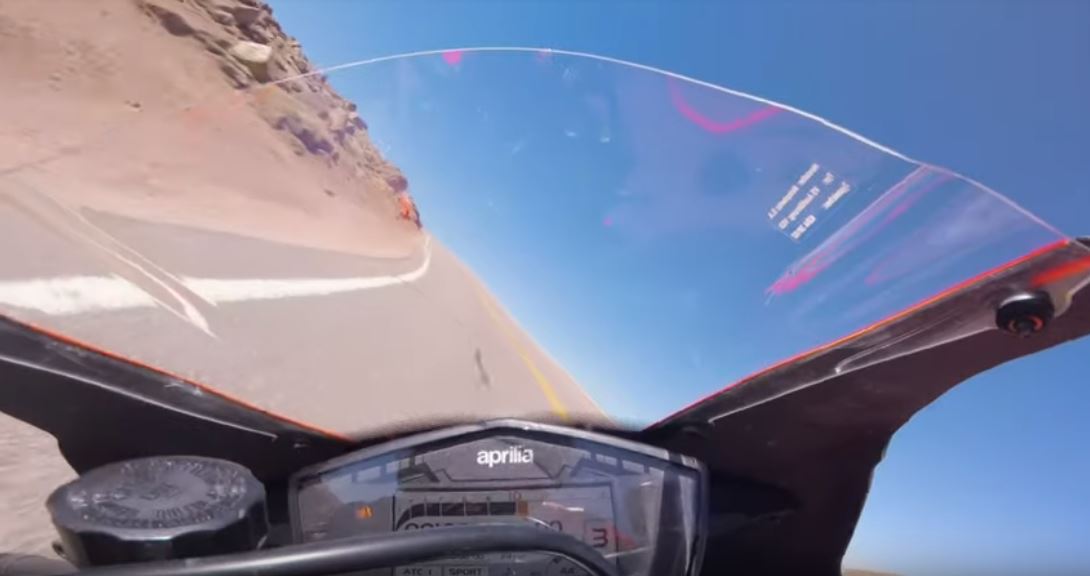 This year’s edition of the famous Pikes Peak International Hill Climb saw Australian rider Rennie Scaysbrook setting new course record. He rode his Aprilia Tuono V4 Factory to the top of the hill in 9m44.963s. A fantastic run that was overshadowed by the death of Carlin Dunne.

Now, and more than a week after the race, we’ve got a new video of Rennie Scaysbrook run. In the video we get different onboard points of view and some fantastic footage of the Aprilia Tuono V4 Factory giving all that it can give!

Words cannot describe the winning run from Rennie Scaysbrook on the Aprilia. So here’s a video of the record run at the Pikes Peak International Hill Climb.