Syahrin to compete in the Sepang 8 Hours endurance race

Syahrin to compete in the Sepang 8 Hours endurance race

Hafizh Syahrin to compete in the Sepang 8 Hours endurance race on motorcycles and in the Malaysian round of the WTCR.

With his future in motorcycle racing still in doubt for 2020, Hafizh Syahrin already knows that he will compete in the Sepang 8 Hours endurance race in December. On that same weekend, Syahrin will switch to four wheels and compete in the Malaysian round of the WTCR.

The FIM World Endurance Championship is set to be revamped for the 2020/2021 season. But that revamp will begin a bit earlier. A new race calendar has been announced, with Sepang circuit featuring as one of the FIM WEC rounds.

Hafizh Syahrin still doesn’t know where he will be racing next season in the World Championship. And without a contract signed, the Malaysian star rider is set to make his endurance debut at the Sepang 8 Hours race in December 14. His team wasn’t announced.

Syahrin’s two-wheel team is yet to announced, but he will drive a Volkswagen Golf GTI TCRs for Liqui Moly Team Engstler in the WTCR on December 15. 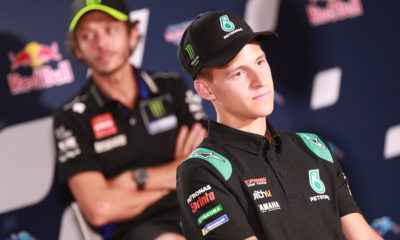