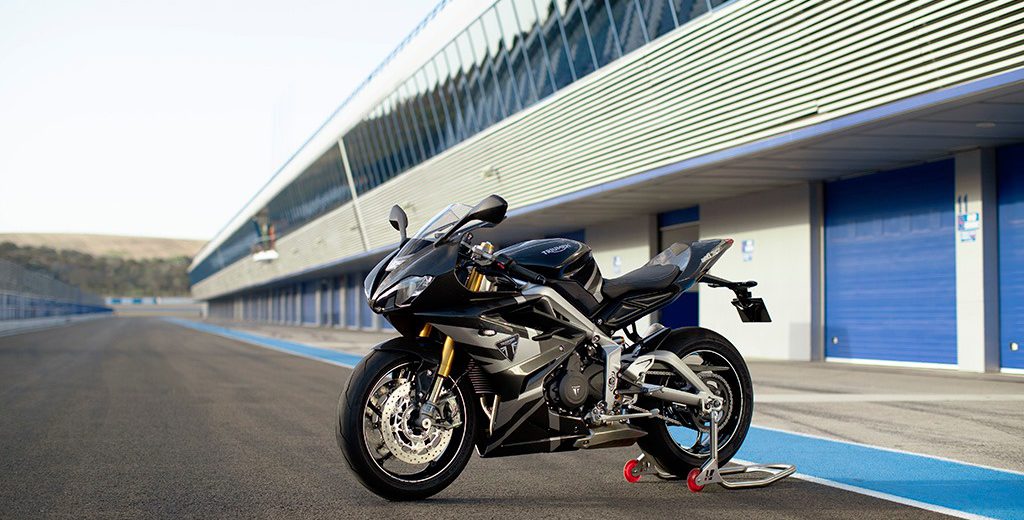 For most of us, the Daytona is a name that echoes to high performance and racetrack domination. But Triumph abandoned its supersport many years ago. Luckily for us, the Hinckley factory decided to revive the Daytona for 2020.

The new Daytona Moto2 765 Limited Edition is a Moto2 race bike for the road.

The three-cylinder engine develops 130 hp and a max torque of 80 Nm. Although the engine is the same as the Street Triple RS, its internal components have been heavily revised for higher performance.

For instance, the compression ratio is higher. The intake valves are made in titanium, the pistons are reinforced, the camshafts feature a new profile, redesigned con rods and crankshaft, and new intake trumpets.

The ECU that controls all these elements also features a new algorithm derived from Moto2. The engine breathes through an exclusive Arrow titanium exhaust, lighter and giving the Daytona Moto2 765 Limited Edition a true racing sound.

The gearbox on this supersport machine is also brand new. Triumph used optimized gear ratios, and to help the rider get the best out of the gearbox, the new Daytona Moto2 765 gets quickshift installed from the factory.

But with such a special engine, Triumph also had to develop a specific chassis. The main frame and subframe are similar to the ones on the previous Daytona 675. But these parts are now lighter. Triumph says the frame geometry has been developed for greater stability and agility.

Other chassis components include Öhlins race-spec suspensions and Brembo Stylema calipers. The full-color TFT dashboard allows the rider to adjust the electronic riding aids and riding modes. And to finish all up with a nice touch, the Daytona Moto2 765 Limited Edition gets full carbon fiber bodywork.

As you might have noticed, this is a limited edition. Triumph will only build 1530 units of the Daytona Moto2 765 Limited Edition for the whole world – 765 for the United States and Canada, and the other 765 for Europe and Asia.

If you really want to get a true Moto2 bike for the road you need to hurry and go to your Triumph dealership. There aren’t many left to buy!