Being 10 points apart, the inter-rivalry between Randy Krummenacher and Federico Caricasulo will be as intense as ever.

The penultimate race of the 2019 FIM Supersport World Championship will be taking place at the Circuito San Juan Villicum in Argentina this weekend. The Bardahl Evan Bros. Yamaha Supported WorldSSP riders Randy Krummenacher and Federico Caricasulo will be battling each other to secure the top of the championship standings.

The duo was unable to secure any points at Magny-Cours after suffering from crashes. Krummenacher bagged the DNF at Turn 11 on the opening lap. Teammate Caricasulo, on the other hand, crashed out at Turn 13 just three laps after.

The rivalry will resume in Argentina this weekend. The two will also be keeping an eye on GMT94 Yamaha Supported WorldSSP rider, Jules Cluzel, to maintain their spot at the top. “I’m feeling really confident about this weekend. It’s the first time since my crash in Portimão that I’ve been back to full fitness. The injury was quite debilitating, with the cut in the knee reopening continually to the point where I was having to take antibiotics. It left me feeling quite down physically. But that’s all in the past now and I’m ready to race. I really like the track here. It’s going to be very slippery, but these conditions suit me. So I’m confident for a good race,” says Krummenacher as quoted from Yamaha Racing. “The plan for this weekend is to make amends for my mistake and the crash in Magny-Cours by doing my maximum here in Argentina this weekend. I was fast in France and had a better rhythm than my rivals. So I hope that I will have the same feeling here. I was maybe feeling a little bit of pressure in Magny-Cours because of the championship situation, but not anymore after the crash. Now my only thought is to make amends for the crash and that’s taken some of the pressure off.” 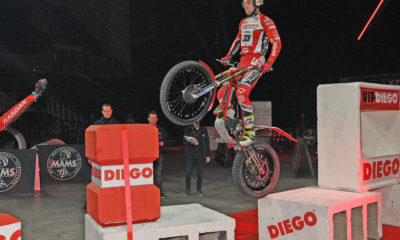 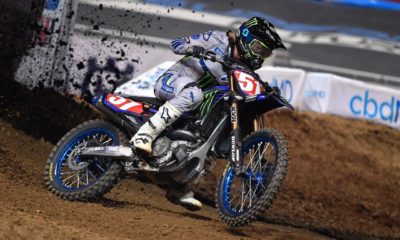