With its stunning visuals and detailed components, this is definitely a stellar masterpiece.

iMotorbike is back at it our love for custom and concept motorcycles! From flying bikes to superbikes, we like them all and this time, we have taken the liberty to show you paradoxical ‘beastly beauty’- a custom Honda CB750 with stunning visuals made by Thomas Lambert of Elemental Custom Cycles. 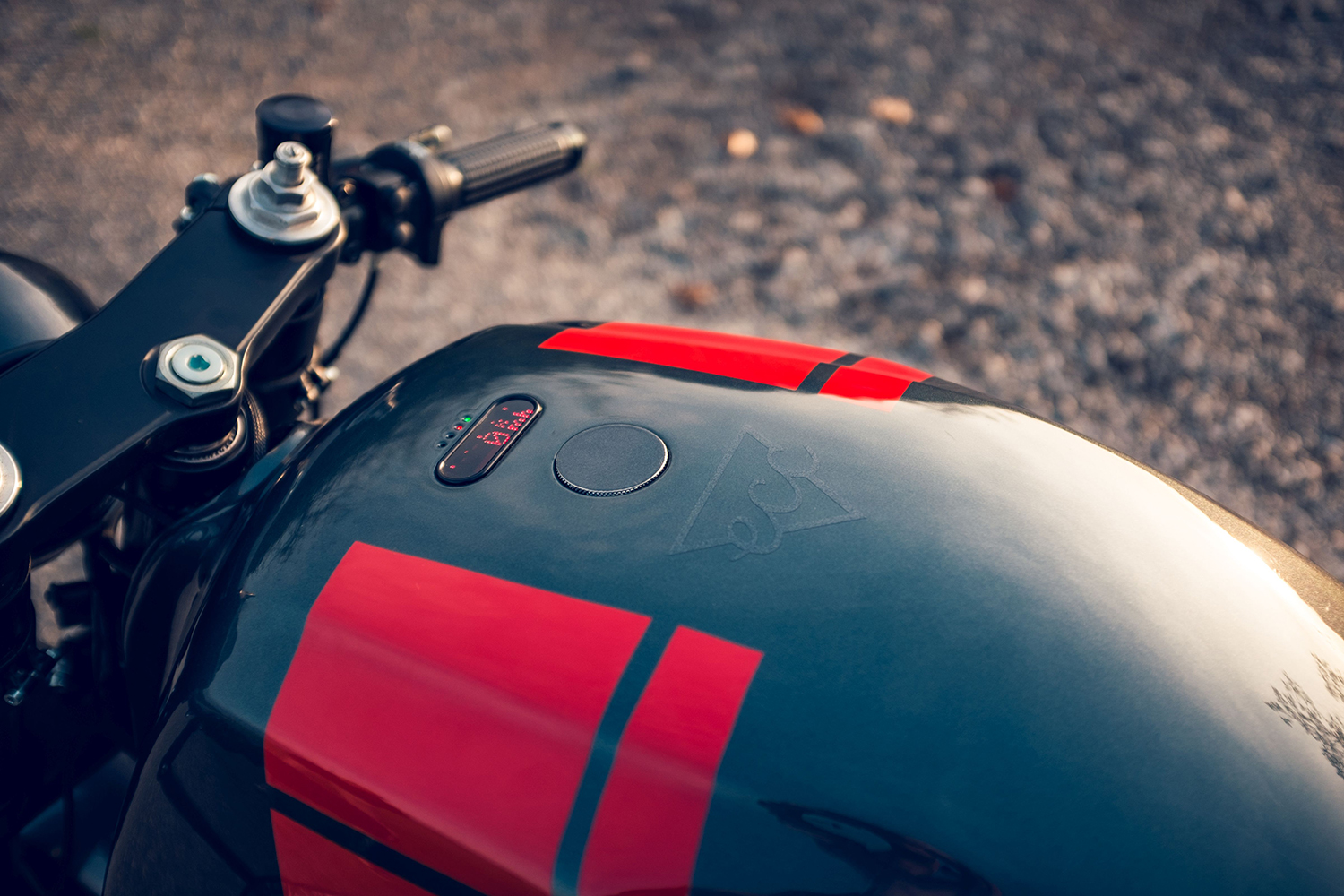 Located near Nuremberg, Elemental Custom Cycles has a motto called “life is too short to ride boring motorcycles” and indeed, everything that is customised is anything but plain. Road rules and regulations can be a bit burdensome to consider when it comes to customised bikes. The strict laws only allow a certain level of freedom. In Germany, the TUV certification to get a motorcycle road-legal is extremely tedious. Therefore, custom bike builders have to create their designs meticulously before putting it into work. 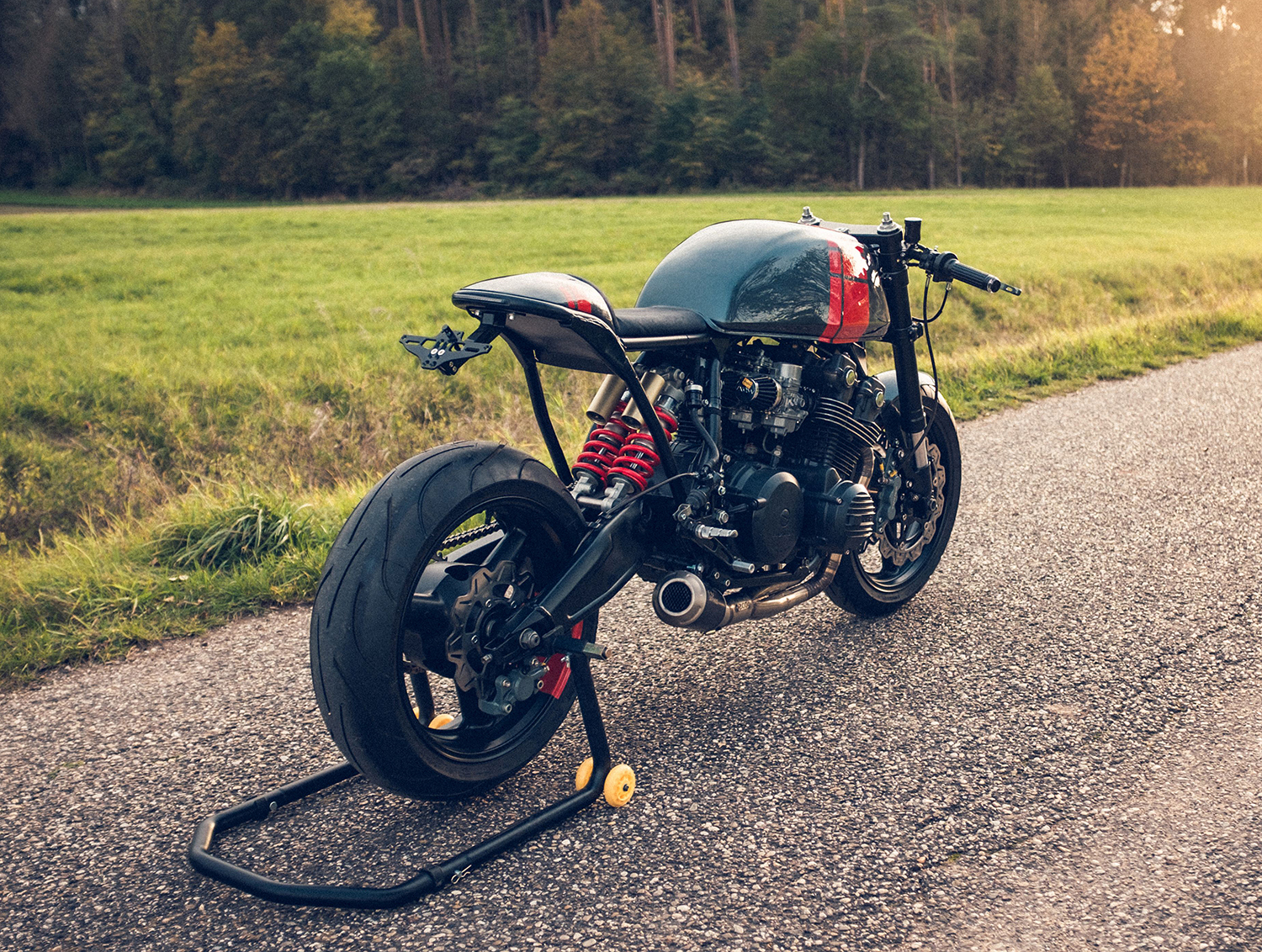 For this extraordinary custom Honda CB750 Bol d’Or, Thomas embraced the organic process in making his design into reality. He used both old and new techniques alongside unconventional methods to create this impressive piece.

“I started with a 1982 CB750 Bol d’Or in pretty poor condition. The first thing I did was lowering the front and adding a loop. That made it look like almost any other CB750 build you see around, so I decided to go for something different,” says Thomas as quoted from Pipeburn. 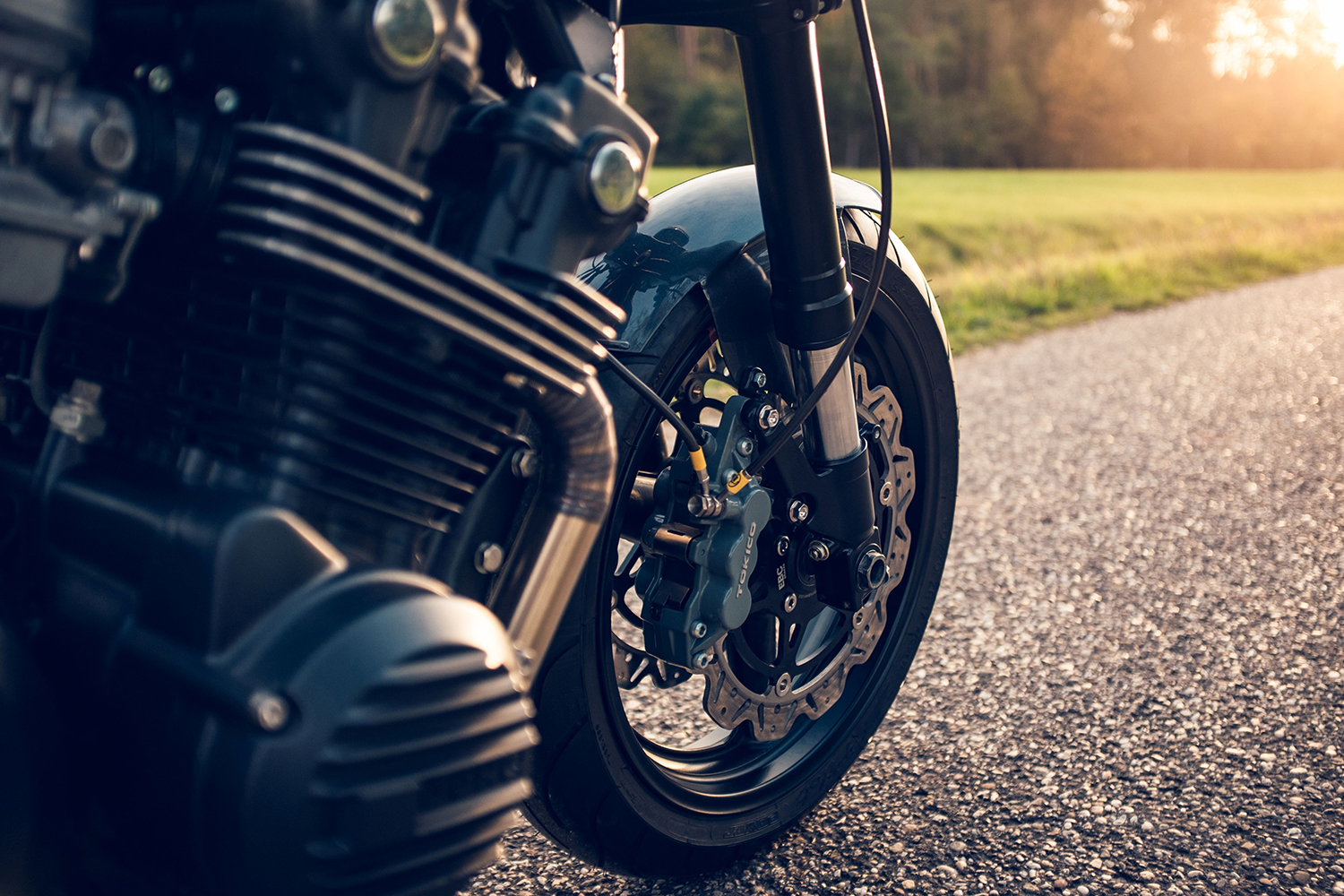 Thomas found an old Suzuki fuel tank lying around the shop and used it for the Honda backbone. He redesigned the entire front end using a set of Japanese superbike USD forks. He then used a machined upper triple clamp for the conversion. The bike has now added muscle and comes with full adjustability.

Right after that, Thomas included the Tokico six-piston callipers to improve the braking system by clamping down on a set of EBC wave pattern discs. He then utilised the 17-inch superbike unit paired with a Michelin Pilot. Thomas then went for a conventional route for the shock setup. 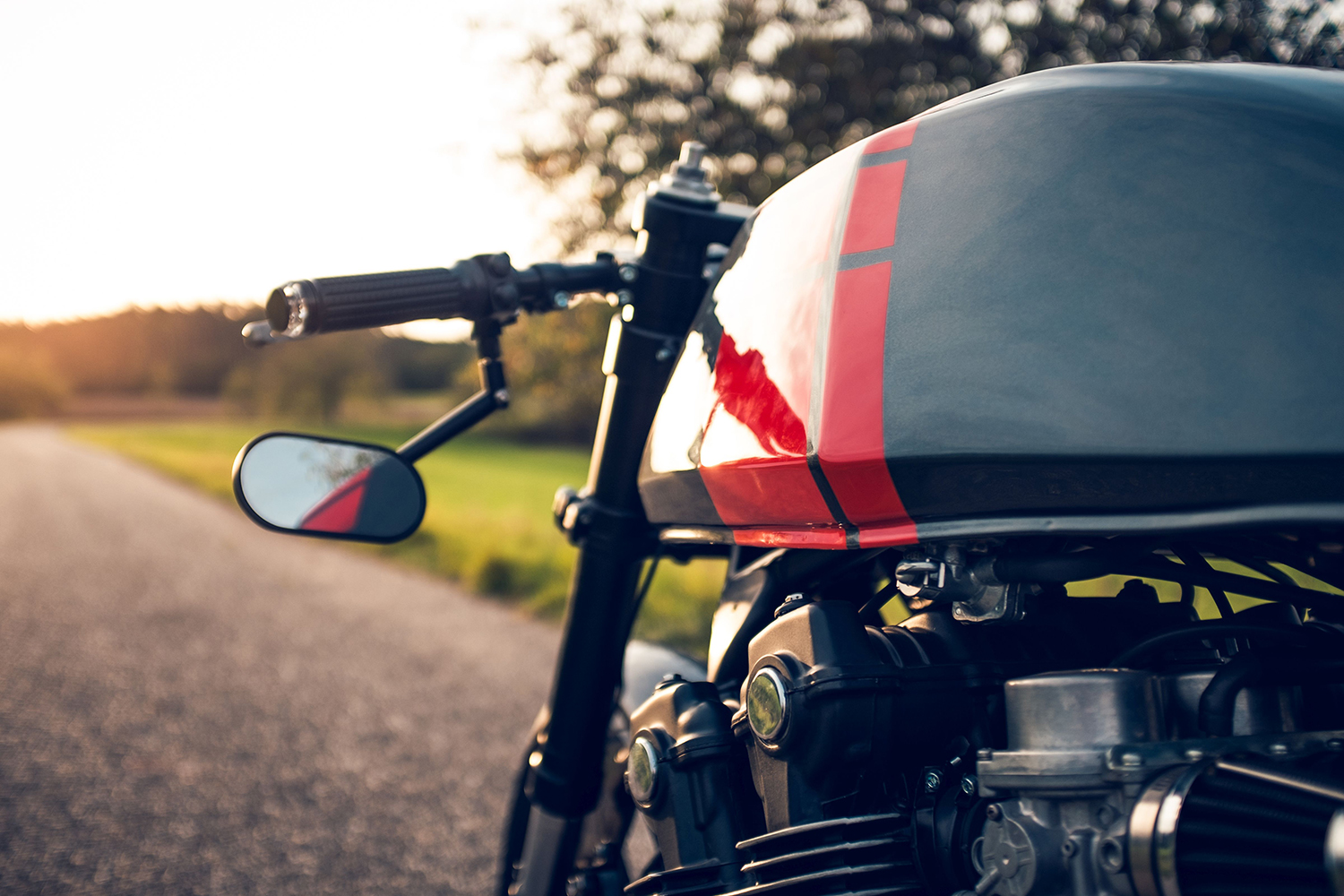 “I wanted to link the new rear damper directly to the frame, which turned out to be harder than I thought. I had to put in two rear shocks from a Yamaha R1 to get the spring constant right.”

He then used modern technology for the rear part of the bike. “I built a 3D model for the rear cowl, 3D printed it, smoothened it and used it to build a negative form for the final part, which I made from glass fibre.” The custom Honda CB750 Bol d’Or is then finished off with the perfect paint scheme. “The bike was then completely disassembled, most parts of the chassis and suspension were powder coated. The tank and seat cowl were painted in an Audi metallic grey with red applications. Every seal and bearing was replaced and it was reassembled again.” 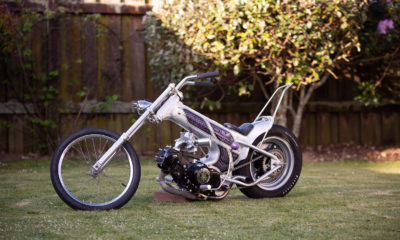