Marc Marquez is crowned as the 2019 MotoGP World Champion!

Marc Marquez is crowned as the 2019 MotoGP World Champion!

Even after winning, Marc Marquez is not stopping just yet! The champion will be tackling the remaining races with high spirits!

In case you missed out, Marc Marquez has just won his eighth World Championship title and fourth MotoGP crown for the fourth consecutive year. The Repsol Honda Team rider scored in his sixth premier class title after triumphing in the Thai Grand Prix. The Spaniard will be taking on the remaining four races to bring the season to a thrilling end.

“There have been two important moments this year. The first was in Jerez, after Austin’s mistake, when we won in the same way as we intended to win in Austin. There are 25 points, but you show your rivals that your confidence is the same, that the desire and mentality are the same. And the other was in Barcelona. We won the race and several rivals were unable to score. It was a shame because it was not a mistake of their own, but they were the turning points in this championship,” states Marquez as quoted from Honda Racing Corporation.

Marc Marquez believes that he is able to improve his skills once again. 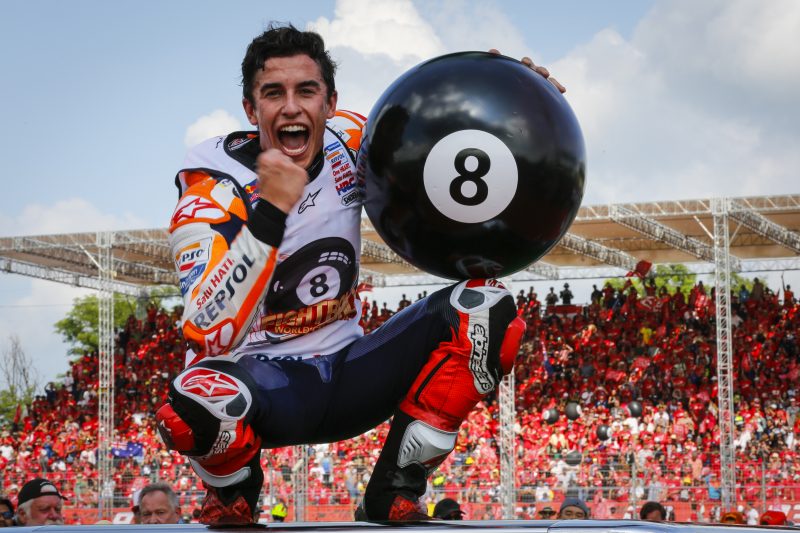 “It has been a very good year and it will be difficult to improve. But one of my idols is Rafa Nadal and when you see him in a match and wonder what he can do better, he always takes a new step forward. Or when Messi scores a goal, you think again that he can’t do better and then he goes and scores another which is better. I try to model myself on them; they are always improving. I will try to learn from mistakes. Rivals show you your level and that is where we will try to continue growing.” 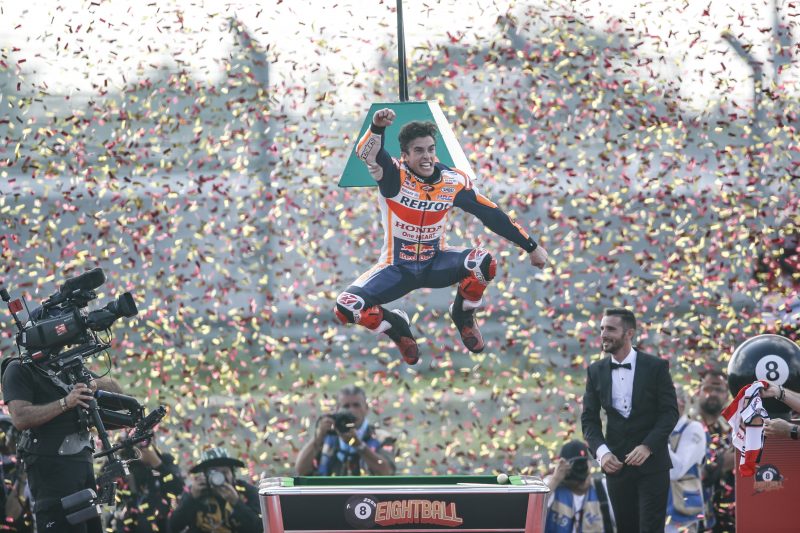 He is also eyeing to complete the remaining races with sterling performances. 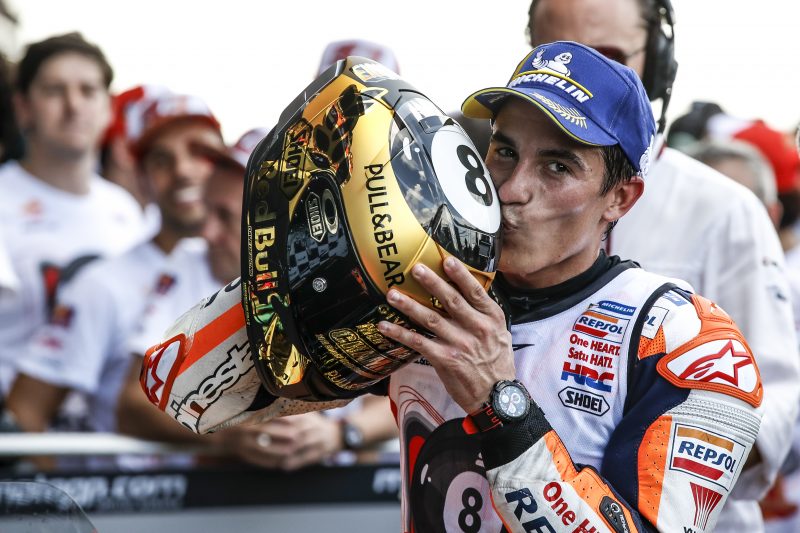 “The first objective I have in Japan is to try to finish the race. After being a Champion, every year I have fallen in the next race. I already said in Aragon that my intention was to try to finish on the podium in all the remaining races. This remains the same, without forgetting that there is a Constructors Championship that we are leading. No to mention, the Team Championship, which Ducati is now leading, but the Repsol Honda Team is just 19 points behind and we will keep pushing for it.” 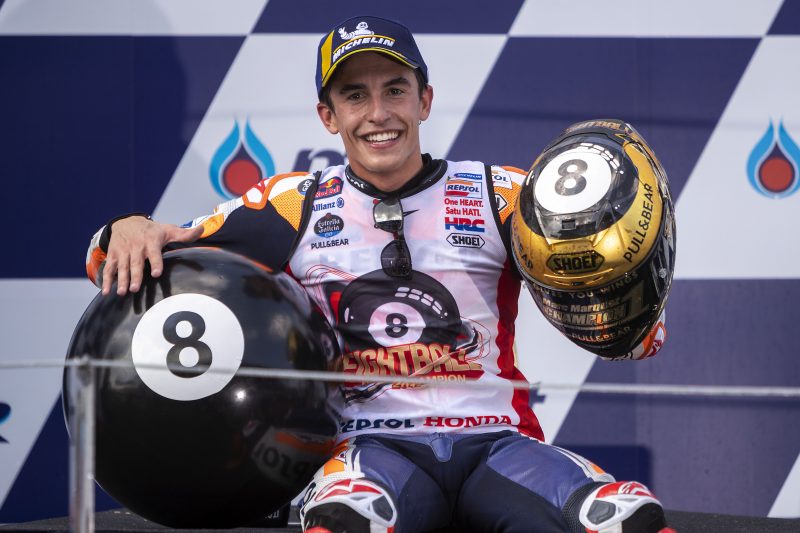 Here are some of Marc Marquez’s best moments this season, as compiled by MotoGP. 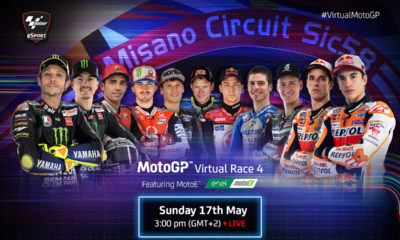 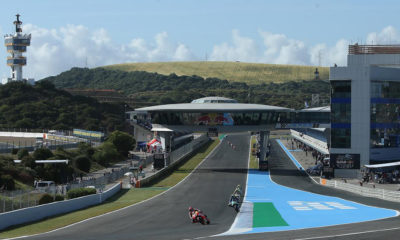 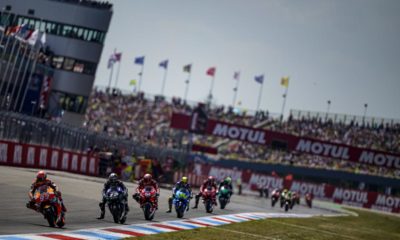 “We’ll come back stronger from this”- Dorna CEO Carmelo Ezpeleta