Verge TS – The roadster from the future

Verge TS – The roadster from the future

With no less than 1000 Nm of torque, the Verge TS is an electric motorcycle. A true roadster from the future! 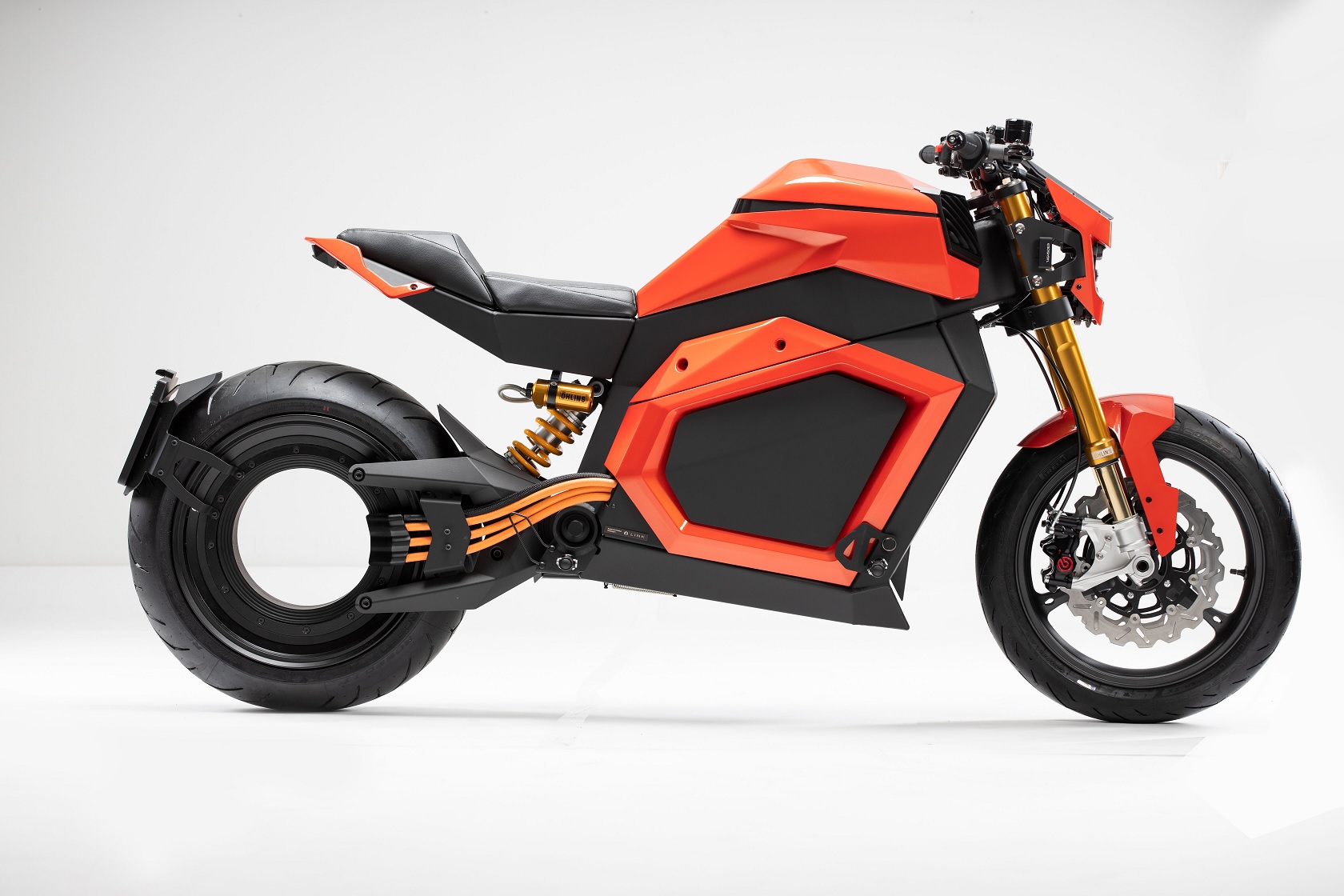 Born from the RMK Vehicle Corporation, Verge revealed their first electric motorcycle. At the EICMA Milan Motorcycle Show, the Verge TS stunned the audience. The name TS comes from its creator, the designer Teemu Saukkio.

With the motorcycling world getting more and more electrified, Verge decided to present their own electric motorcycle. The TS is a roadster from the future that features an electric engine inside the rear wheel. It’s a hubless wheel, so the engine is completely hidden inside the wheel.

It’s capable of a peak power of 80 kW. But the most impressive thing in this engine is its torque: 1000 Nm! With so much torque available the Verge TS will get to its 180 km/h top speed really fast.

The battery range depends on what the rider is looking for. The TS can be equipped with a smaller battery capable of 200 km. The big battery pack will allow for a range of 300 km.

Charging is done by using the cable fitted inside the bike. To charge up to 100% it takes 4 hours. Faster DC charge will be available soon, and charging performance is also to be announced later.

This electric motorcycle is going through the final homologation tests. Verge believes they can start deliveries during the first three months of 2020. The price of the TS is yet to be confirmed.