Zef Eisenberg had a vision. So he decided it was a good idea to join two Hayabusa engines on a custom made frame. The Eisenberg V8 is the result. 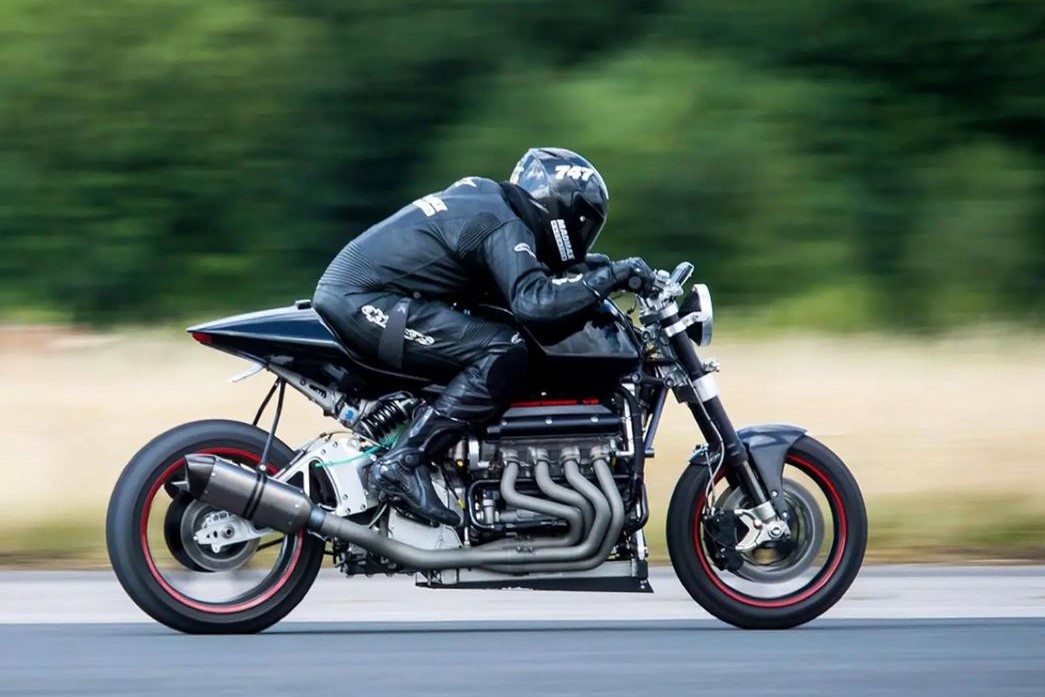 We’ve seen plenty of homemade custom projects. So we can say it’s not easy to surprise us. But still, as soon as we heard that someone decided to join two Hayabusa engines, our interest spiked!

Zef Eisenberg is the guy behind the creation of this 2600 cc and 480 hp monster. He is a daredevil adrenaline addict. He holds many national and world speed records. So he decided to go a step further this time.

With a monstrous torque and 480 hp at 10.500 rpm, the Eisenberg V8 is naturally aspirated. It doesn’t use a supercharger or turbo. The crankshaft features the same “flat plane” design as Ferrari F1 cars. 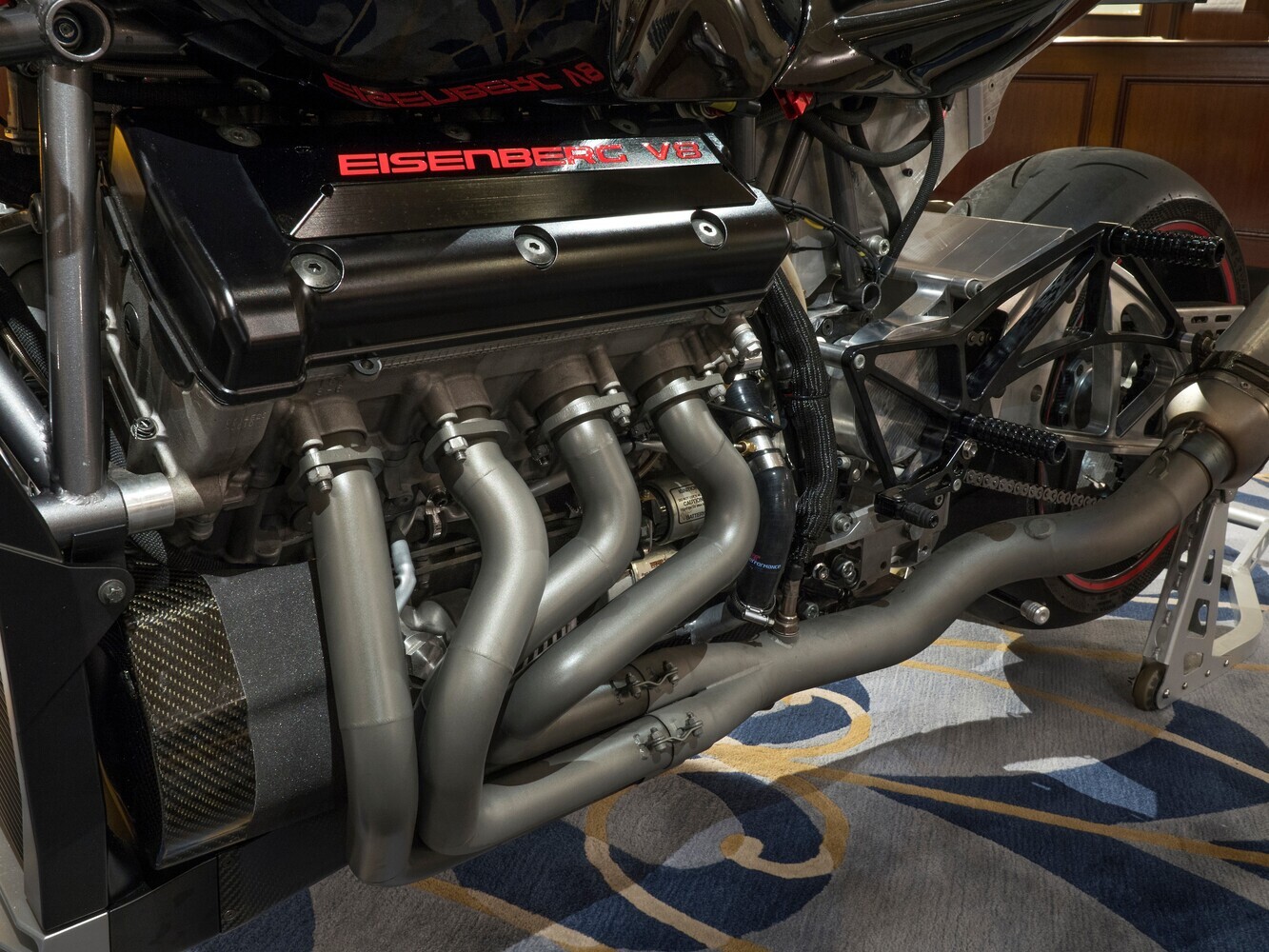 The frame is entirely custom made to stand up to the power of the V8 engine. The clutch of this engine rotates in the opposite direction of the crank. This made it possible to create a lighter engine since no balance shaft was needed.

The V8 engine weighs only 80 kg. The Ducati Panigale V4 engine weighs a bit more than 60 kg. Zef Eisenberg says that “you can put a coin on top of the engine that the coin won’t fall. It’s really smooth”.

With 2600 cc displacement the V8 engine generates a lot of heat. So Zef asked Prodrive to develop a special cooling system. The Eisenberg V8 gets two radiators, one of which is fixed below the engine. The smaller one is at the front.

This powerful motorcycle also gets special components. Wheels are sourced from BST and made in carbon fiber. ISR supplies the brakes. MoTec developed the electronic package, including the selective cylinder cut-off. Exhaust is signed by Akrapovic.

Zef Eisenberg wants to put this motorcycle on sale in 2020. The price wasn’t announced. But the first estimates point to this being one of the most expensive bikes anyone can buy.