Guy Martin to repeat the jump of “The Great Escape”

Guy Martin to repeat the jump of “The Great Escape”

Famous road racer and record-breaker Guy Martin to repeat the jump of “The Great Escape” movie. The jump will happen on a Triumph Scrambler. 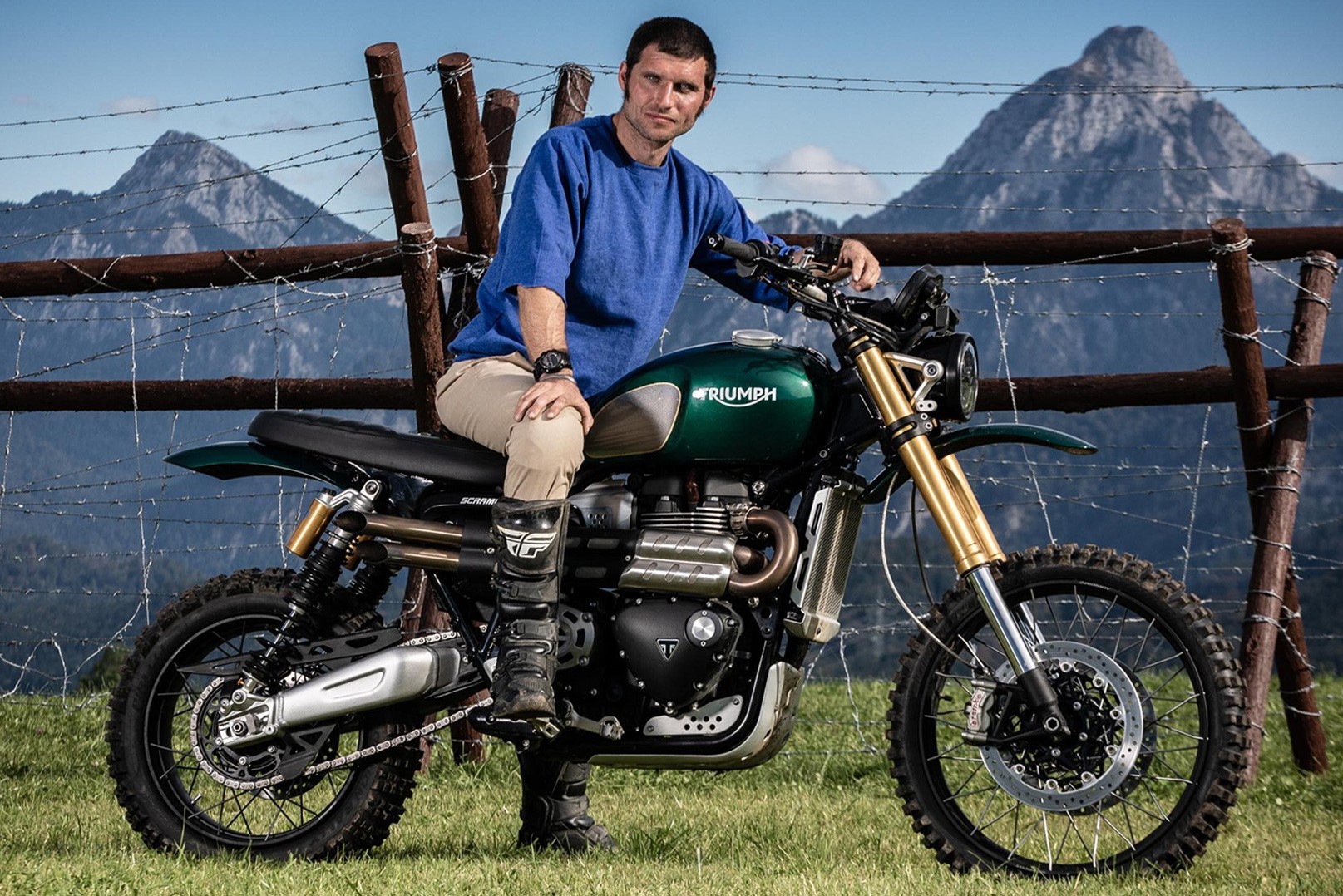 Guy Martin is one of those special personalities everyone likes in motorcycling. His career on the Isle of Man TT and other road races. Or the many world records he achieved. Everything he does means we are about to witness something special.

This time Guy Martin decided he will try to repeat the famous jump from the movie “The Great Escape”. He will do it on a Triumph Scrambler 1200.
Although the star of the movie was Steven McQueen, in reality, the jump wasn’t performed by the famous actor. The produced didn’t want McQueen to risk injury. So they hired stuntman James Sherwood Bud Ekins to do the jump.

Bud Ekins rode a Triumph TT 650 over a ramp and jumped a barbwire fence with 3 meters high. In the movie that jump allowed Steve McQueen to escape the German army.

On the original jump, Bud Ekins was supposed to hit the ramp at 80 km/h. But in fact he did it at 100 km/h. But that was just enough to jump the first fence.

Now, 50 years after the original jump, Guy Martin will try to repeat and do even better!

The former road racer will ride a Triumph Scrambler over the same type of ramp. The jump will happen at the same spot as the original. Guy will even face the barbwire fence.

But instead of just jumping over one fence, he will try to jump over the two fences that appeared on the movie.

The jump will happen on December 8th. Will Guy Martin succeed?