Rossi and Marini win the 100km of Champions

Rossi and Marini win the 100km of Champions

The event took place at Rossi’s VR46 Ranch in Tavullia this weekend. Rossi and Marini win the 100 km of Champions dirt track race. 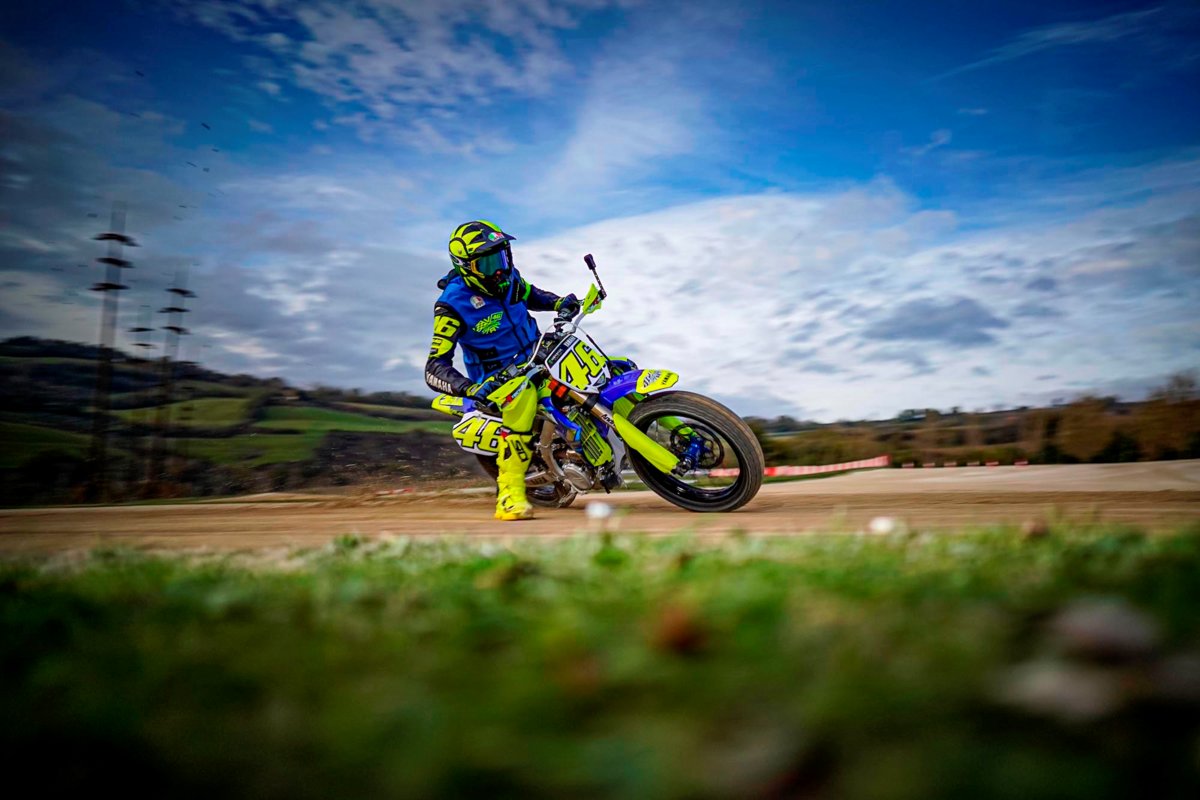 It’s become a tradition that Valentino Rossi invites riders from around the world for a special event at his VR46 Ranch. Located in his hometown Tavullia, the compound features a dirt track circuit. And it’s there that Rossi and his friends compete at the 100km of Champions.

This year’s event featured more riders than ever from different countries. In total, 42 riders raced for the ultimate glory.

The event itself is divided into two parts. The main event 100km of Champions is an endurance race. Riders need to complete 50 laps on the dirt track in two-man teams. Each rider has to do five laps and then switches for the second rider.

The short event is called the Americana. This is an elimination-style race on the oval circuit. The slower rider is eliminated at the end of each lap.
On the main event, Valentino Rossi and his brother Luca Marini were the fastest. They crossed the finish line ahead of the team of Andrea Migno and Franco Morbidelli. Third place went to the American team of JD Beach and Sammy Halbert.

On the shorter Americana race, Valentino Rossi was again the fastest rider. But this time he had to up his game. Italian rider Stefano Manzi almost took the top spot from Rossi. But the 9-time world champion finished first. The third best at the Americana was Luca Marini. 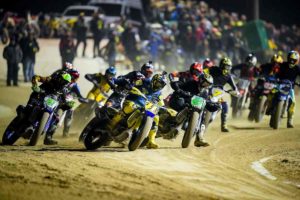 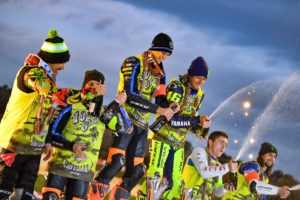