The Abu Dhabi Police acquired eight new Ducati Panigale V4 R to patrol and apply the law on the roads of the United Arab Emirates. 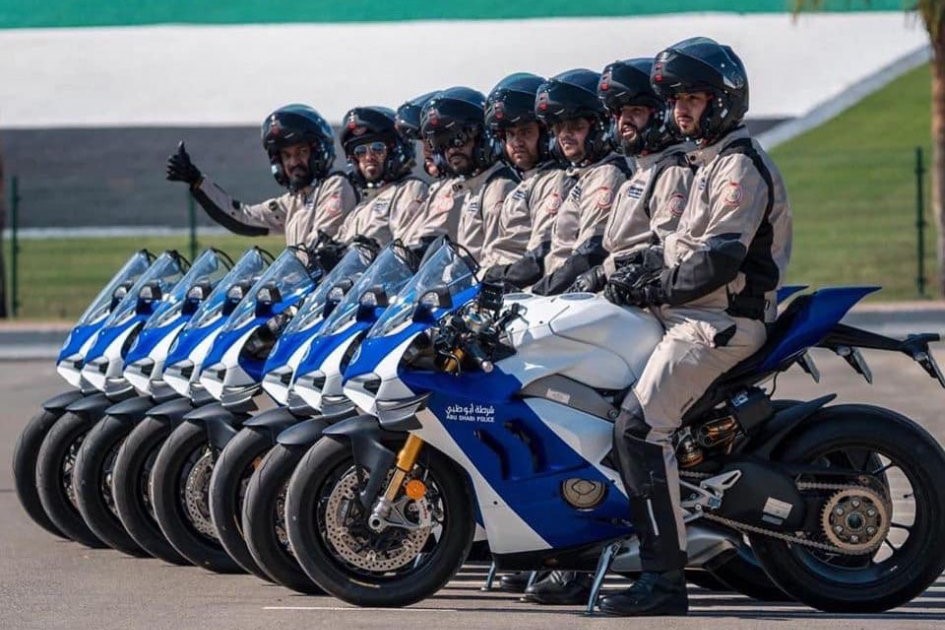 The police department of the capital of the United Arab Emirates has new weapons!

The Abu Dhabi Police is known to be well equipped with great cars. The Mercedes-Benz AMG GT, the Nissan GT-R or the Lykan Hypersport are just some of the supercars they use.

But their fleet isn’t just about four wheels. In fact, some of their most prizes vehicles are motorcycles. They already had a Kawasaki Ninja H2 to pursue the fastest cars. But now, the Abu Dhabi Police got delivery of eight Ducati Panigale V4 R.

This is the most exotic version of the Panigale V4 in production right now. With 221 hp and low weight, the V4 R will prove to be a match to anyone trying to go above the speed limits in Abu Dhabi.

The bikes are obviously modified for patrol duties. And they’re well identified.

If the UAE Police were considered the best equipped in the world before, now they are surely at a different level!