Franco Caimi steps up his game with a stellar performance in the sandy trails. Day five of the Dakar Rally has proven to be a path to improvement for many riders, including Monster Energy Yamaha Rally Team’s Franco Caimi. With sand finally replacing dusty trails, Caimi managed to secure his best result in the latest stage. Caimi claimed 12th position in the treacherous 353-kilometer stage. Just under 15 minutes behind the day’s winner, Caimi now sits 13th overall. Despite the fact that two of his teammates have already been forced to abandon the race due to injury, Franco Caimi takes it upon himself to push the team forward.

Jamie McCanney, on the other hand, came in 19th in the event. He is the second-best rookie performer during the special stage.

The next stop for the riders will be south-east to the capital of Riyadh. Stage Six will feature an 830-kilometre stage. It consists of a 477-kilometre special that is entirely on sand. “Stage five has been physically demanding with more than 200 kilometres of  difficult riding. We rode in the sand dunes for the first time. The last part of the special stage was very deep. It’s nice to have a change from the rock tracks but we can see that the days ahead will be difficult. The special stage was very fast today, so I had to keep focussed and ride the bike lightly through the soft sand, to ensure that I reached the finished. We have a long way to go and I remain positive,” says Franco Caimi as quoted from Yamaha Racing. “The stage was long and physical but overall it was a good day for me. I started off a little way behind the leaders. I felt like I was riding well, but I couldn’t push like I wanted to because of the dust. The second half of the stage was deep sand and some of the dunes had harsh drops on the backsides. These weren’t too clearly marked, so after a while, I rode stood up on the pegs to the finish. I’m sure tomorrow’s going to be another tough day, but we’re getting closer to the rest day now so I hope for a good ride tomorrow.” 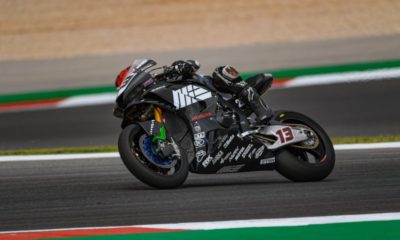