After completing Stage 9, the teams will be heading south-east for Stage 10 of the Dakar Rally in Saudi Arabia. As the 2020 Dakar Rally took a pause with the cancelled Stage 8 event, the teams have proceeded to Stage 9, which is the longest of the event at 886 kilometres. The organisation cancelled Stage 8 due to the tragic passing of Paulo Goncalves at Stage 7.  Monster Energy Yamaha Rally riders Franco Caimi and Jamie McCanney have both completed the stage at 11th and 20th positions respectively. Franco and Jamie are now ready to tackle tomorrow’s first leg of the event’s marathon stage.

Franco is currently eighth in the provisional overall standings. He did not take any unnecessary risks ahead of the marathon stage. He completed the 410-metre special stage with a record of 3h 40 m at Stage 9. McCanney, on the other hand, sits at 21st place in the standings. He also opt-out of taking any risks at Stage 9 and completed his run smoothly.

The racers will be heading to Shubaytah in the south-east, close to the Abu Dhabi border, from Haradh. The stage is a total of 608 kilometres. “Today was a long one, almost 900-kilometres so like everyone I’m feeling tired. Although we had a day with no racing yesterday, today was not a normal day – dealing with the emotions you have after losing one of the Dakar family takes time. I really tried to keep my focus and concentration as much as I could. I felt good during the first half of the stage. It was technical and with some tricky navigation. I was with the top four guys. The second half of the stage had more or less 230-kilometres of super flat and straight terrain, which wasn’t the best for me. Myself and my bike are in perfect working order, so I’m looking forward to tomorrow’s stage,” says Caimi as quoted from Yamaha Racing. “It was definitely a stage of two halves today. The morning was great, a lot like the riding I’ve done in Morocco. It was a lot slower and more technical and I was able to catch and pass some riders. The conditions soon changed, and it was pretty much flat out all day. I got into another rider’s dust and couldn’t get close enough to get ahead, so I settled back. After the refuelling I was able to get ahead, but it really was just flat out all day. I don’t mind riding fast, but I didn’t want to risk anything, so I just rode sensibly. It’s the same for everyone, but I hope there’s a little more technical riding tomorrow. 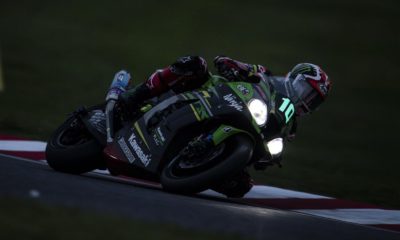