Good weather surrounded the Spanish circuit as Vierge rode his way through 64 laps on the first day with a record-best of 1:42.080 secs. The Spaniard clocked his second-day run with 67 laps with 1:41.721 secs.

As for teammate Dixon, the Brit managed to adapt to the Kalex package, which is new to him this year. He completed the most laps on the first day with 82 laps before completing 69 the next day. He capped his best lap time at 1:42.17 secs.

The duo will be back at the Jerez Circuit for the first official Moto2 pre-season test of 2020 on February 19 to 21. “The winter was so long but finally I could ride my bike and I’m really happy with the feeling that I have from the very beginning. The most important thing we tried was the new front tyres from Dunlop because they are different to last year. We worked really well and we found a really positive feeling with all the front tyres and I’m really happy with that. Kalex has done an amazing job with the new chassis and swingarm and, immediately when I tried it, it already feels much better than last year. I’m so satisfied with the work we did because in these two days we worked a lot on the race pace, we did a half race simulation and the feeling was so good,” says Vierge as quoted from PETRONAS Sprinta Racing. We’re adapting from another manufacturer to the Kalex and it’s been harder than what I’ve expected. Obviously having a new crew to understand me, for me to understand the bike and then put everything together in two days is difficult. I think we did a lot of laps yesterday, about 82, and then I think we did around 70 laps today, so we’ve done a lot of laps to adapt. There’s more that’s going to come from me than anything else and I’m going to go away now between these two tests and do my homework to see where I can improve the most. We’ve got another three days in Jerez and then three days in Qatar to make sure that we’re well prepared. I’m starting to really understand what I need to do come round one though. 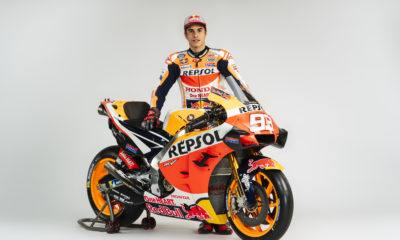 Brian Moreau suffers injury in an unfortunate crash in Florida