2020 MotoGP set to bring a virtual race for fans who are missing the action because of the current Covid-19 outbreak.  On top of this, there is also a free trial video pass. With the MCO extended in Malaysia until the 14th of April 2020, this is something you wouldn’t want to miss. With the ongoing global coronavirus outbreak, most of the events and racers are getting either postponed or cancelled. Just like Honda with their Virtual Motorcycle Show this Friday, MotoGP sets to bring a virtual race this coming weekend! On top of this, they also announced, there will be free video pass access until the race starts. Read all about it here!

Some of the sport’s biggest names will be back in action this Sunday, but this time online playing the official MotoGP™ videogame from the developer, Milestone. As the MotoGP™ eSport Championship powers on for 2020, there is no better time to see what they’ve got in virtual reality realm.

As for the choice of track, Autodromo del Mugello, with six laps around the digital rendition of one of the world’s greatest racetracks set to decide the first-ever Virtual Race winner. Just before it gets underway, a five-minute qualifying time attack will decide the grid posts.

On top of this, fans can now enjoy the trial video pass until the race starts all from the MotoGP website.  As motogp.com makes all content; from races to interviews to documentaries and everything in between. All these contents are free to watch with a VideoPass trial that’s valid until racing starts again*.

The contents include the race archive stretching back to 1992 and up to the 2020 Qatar GP. Giving fans the chance to enjoy each and every moment in recent MotoGP™ history whenever they want.

Furthermore, all documentaries are also free. Covering everything from Marc Marquez’ many glories to the likes of fellow World Champions Jorge Lorenzo and Casey Stoner. As well as the history of the sport itself. The first two episodes of Off the Racing Line are also available. Focusing on life off-track for Jack Miller (Pramac Racing) and Miguel Oliveira (Red Bull KTM Tech 3).

Do follow us on our news portal and social media to get the latest news updates! 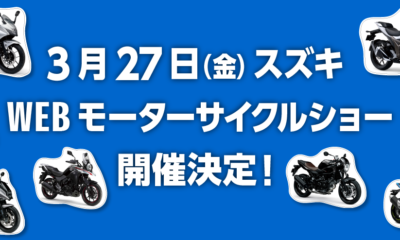 Royal Enfield sells out all BSIV bikes in India and postpones One Ride
Suzuki Set to Livestream Their 2020 Line-Up This Friday!