The Italian motorcycle builder, Vyrus just announced their Ducati powered Vyrus Alyen 988. Aside from the  1299 Panigale engine, the bike uses Vyrus’s own design of frame, swingarms and bodywork. Vyrus is a bespoke Italian motorcycle manufacturer based in Coriano, Italy.  Where, individual bikes are built to order, with no two bikes being the same. Due to the limited production and use of high-quality parts, all Vyrus models are exclusive.  Did you know Vyrus initially worked alongside Bimota on the evolutionary development of Bimota’s “Tesi” motorcycles?   Vyrus eventually split from the Bimota and started developing their own bikes. 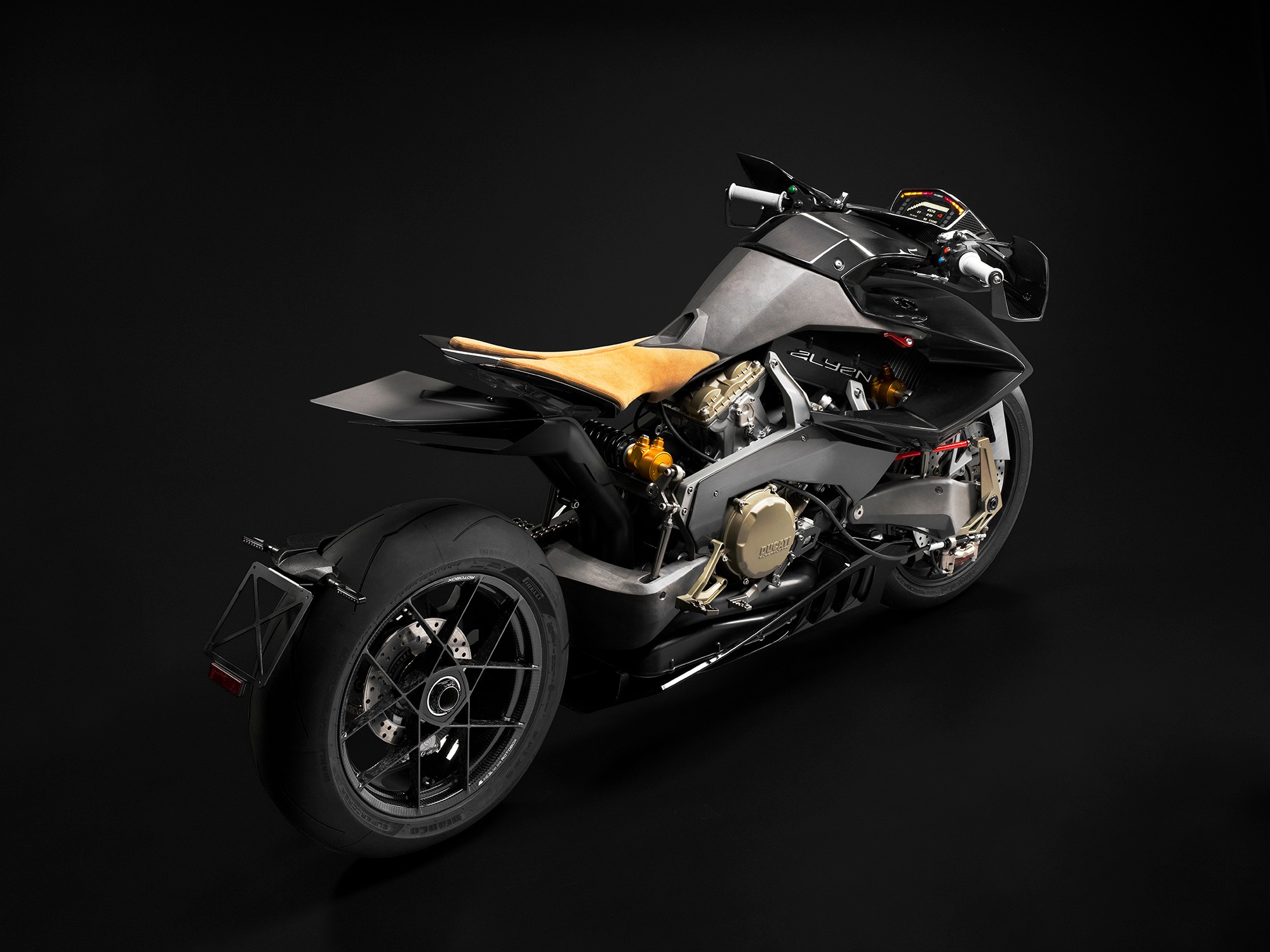 The front portion of the bike looks similar to the Bimota Tesi H2. However, Vyrus makes use of their own trademark front end design. Which uses hub-centre steering set up and Vyrus Hydraulic wired steering system.  Moving along, the bike features suspended bodywork and fuel tank. As for the seats, it seems like it is a self suspended seat. Just underneath, the Alyen 988 features a carbon fibre exhaust which blends in with the edgy and sharp look. As for the frame, the bike uses Vyrus’s magnesium double omega design combined with a self-supporting composite body. In the case of suspension and brakes, the Alyen gets a unique pushrod suspension setup at the front and back and exotic Brembo GP4 brakes.  The weird part is, though the bike features a superbike engine and chassis, the overall bodywork, however, makes it look like a naked motorcycle. The price or the number of units that would be manufactured is not announced yet. According to sources, given the Vyrus sold its previous bike for around $90,000 we can expect the Vyrus Alyen 988 to cost around the same mark or a little more. 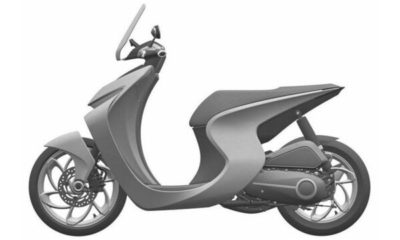 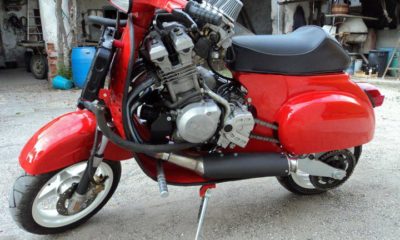 Video: Check Out This Vespa 50 Special With a 600cc Yamaha Engine!