Repsol Honda Team’s Takahisa Fujinami talks about his career and how he tackles the lockdown back home. 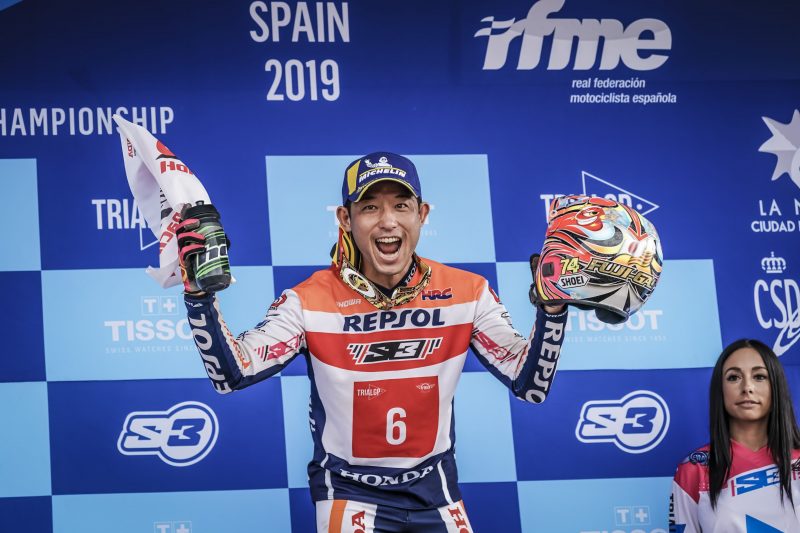 This week will mark 25 years since the debut of Japanese Repsol Honda Team rider Takahisa Fujinami in Trial World Championship. The Japanese rider is the rider with the most participation. Currently under a mandatory lockdown due to COVID-19, Fujinami is spending time at home keeping in shape.

First international Trial race of Takahisa Fujinami took place in Spain, in Navacerrada, in the Madrid region on April 14, 1996. In a freezing trial, that had seen snow at dawn, 16-year-old Fujinami lined up amid 37 other participants. The newcomer went on to finish after two days of competition, in nineteenth position. This Trial Marc Colomer would claim victory, going on to win his only world title for Montesa later same year. When asked whether he has any memories of the championship, the ‘Fujigas’ legend stated that “The truth is that I don’t remember many things, but I do remember that it was there, in my first trial, that people nicknamed me Fujigas”

“I came to a very difficult section that no rider had been able to overcome on the first lap. It was very steep, so I gave it a lot of gas. A lot! But it was little use as I also ended up with a fiasco, but the spectators started asking, ‘Who is that guy?’ ‘Fujinami’, I answered and they said: “What you are is Fuji-gas!” That’s where it comes from…” 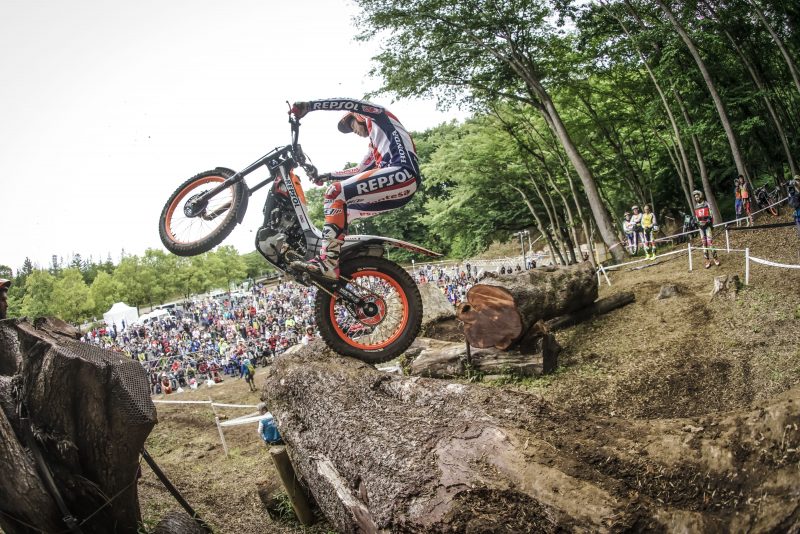 While reflecting his outstanding career, Fujinami admits that it is not an easy achievement. “Until now I believe I’m the only one to have done it, but I think many others will attempt to break the same record. Last year’s third-place was a surprise for many, but not so much for me. I think I am even better this year both mentally and physically. Twenty-five in the end is just a number. I feel great and I’ve been feeling the same year after year.”

“Three years ago I also achieved third place in the world championship where I think I had a very good season too, with a win and several podiums. Last year I was in the top five throughout and that was very important towards the final result.”

Fujinami also conceded the fact that the Trial will no longer be the most important race in June due to its modified start. “It is difficult for them to put the calendar together. For me, as I didn’t compete in the indoor championship, it will be a very long wait! The first three trials have been postponed and it will be a bit tough mentally. To think that in two months time the world championship will not have even started. It’s going to be hard.” 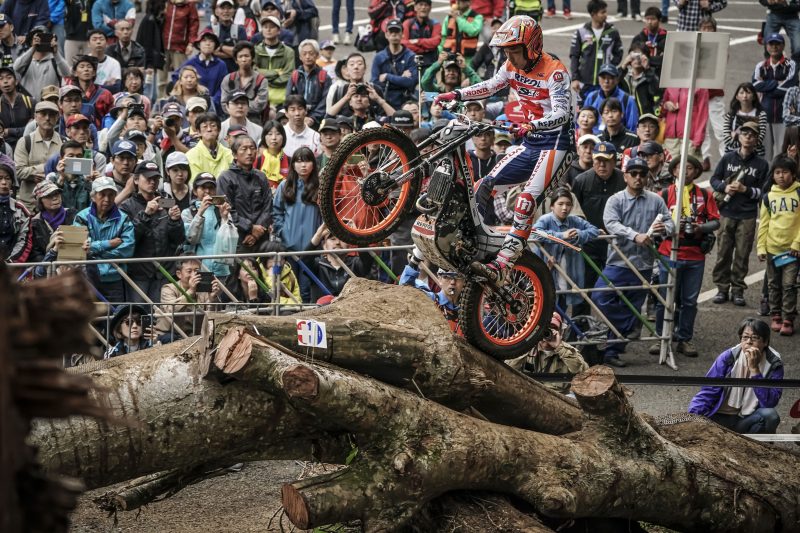 In battling this pandemic by self-isolating, Fujigas has remained active at home. “It is what it is. Everyone has to be locked down at home. In the house, I try to do as much exercise as I can: the exercise bike, some fitness, etc. I have a trainer who sends me exercises to do at home. I also have the training motorbike at home so I have amused myself fiddling around with it and making some technical adjustments and try to change the engine… but I haven’t really been able to do much. Every day I check my weight on the scales. And the truth is that I have lost weight somewhat. This is normal, I think. So I don’t have to worry too much about food.”

Fujigas also provides the readers with a final message during such a difficult time. “Yes, I would like to take this opportunity to thank all the health workers who are striving so hard these days to look after the sick. My respect for them and I would also like to offer my condolences to the families and friends of people who have lost loved ones. Thank you.”

Andrea Dovizioso tells us how he spends his time at home in Italy
Honda Rebel 1100 Could Hit the Market Next Year!