iM Cubaholic covers everything about Honda’s famed Cub lineup. On this week’s episode, we electrify you with the custom electric Honda Cub that you can build in your shed! On this week’s episode, we take a look at an electric Cub kit. This kit switches the conventional combustion engine with electric motors. Are you a fan of electric bikes or have a bare Cub chassis sitting around at home with no plans? Well, this is something for you!

We all know Honda has been teasing us for some time now with their EV-Cub concept. The concept was initially showcased at the Tokyo Motor show in 2009 with production planned for 2010. Later in 2016 the company again promised that the EV-Cub would come to reality soon. However, it’s 2020 now and the EV-Cub still remains as a concept which came and went. However, one company isn’t waiting for Honda instead, they have begun production of their very own electric Cub based on the gas-powered Honda Cub! Shanghai Customs, based in Shanghai brings petrolhead heritage into the age of electric. They build custom electric bikes from Vespa to Yamaha SR400 tracker. The result of their take on Honda’s iconic Cub is the eCUB based on Honda Cub chassis. The company mainly targets its domestic market, where strict emission regulations have made owning a motorcycle hard. According to electrek; to register a gas-powered motorcycle it could cost around $60,000 compared to just $10 for an electric motorcycle. Aside from Shanghai, many cities and countries around the globe are starting to implement stricter emission rules, so this increases the demand for electric motorcycles.

We think the idea of using old Honda Cub chassis to make new electric Cub is cool. This is because, being able to reuse motorcycle parts reduces the use of plastic and wastage of resources, which in turn makes the bike more eco-friendly.

Shanghai Customs began producing the eCUB four years ago, where they originally introduced the first eCUB with 2,000 W  rear hub-motor which could reach speeds of up to 80 km/h with a range of 40km. 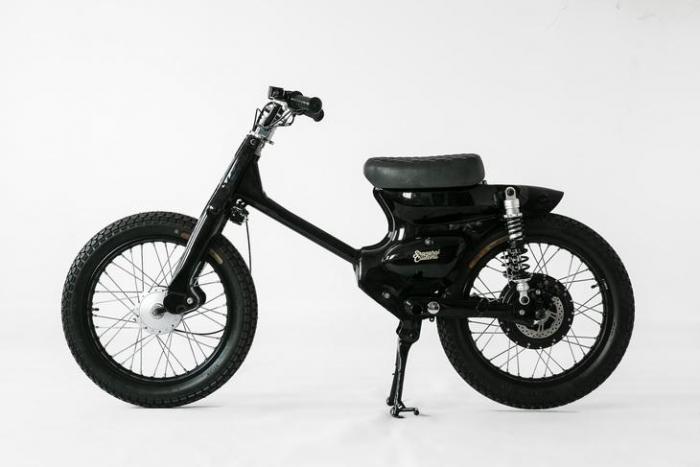 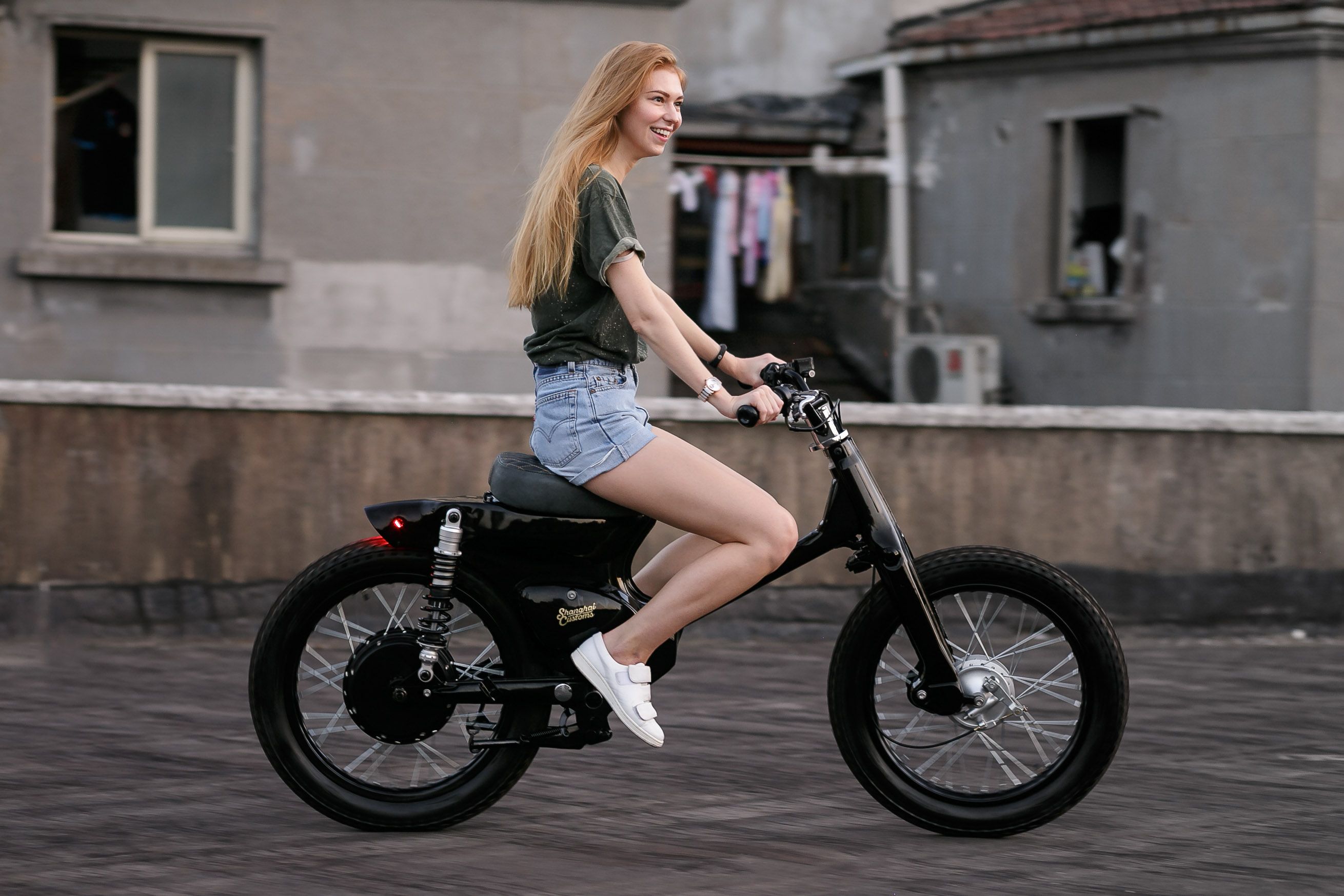 2 years later they announced the eCUB 2.0 weighing 10kg less than the original eCUB. The eCUB 2 is designed to bring a bit more refinement and city life practicality to the table; with a max range of 50km and a top speed of 65 km/h. The design of the bike is somewhat unique because it blends in the whole “naked Cub” and “power Cub vibe”. In both the models, Shangrila custom ditched all plastic leg guards and mudguards and added in; custom swingarm, wheels and lamps to form a perfect blend that matches the character of the eCUB. 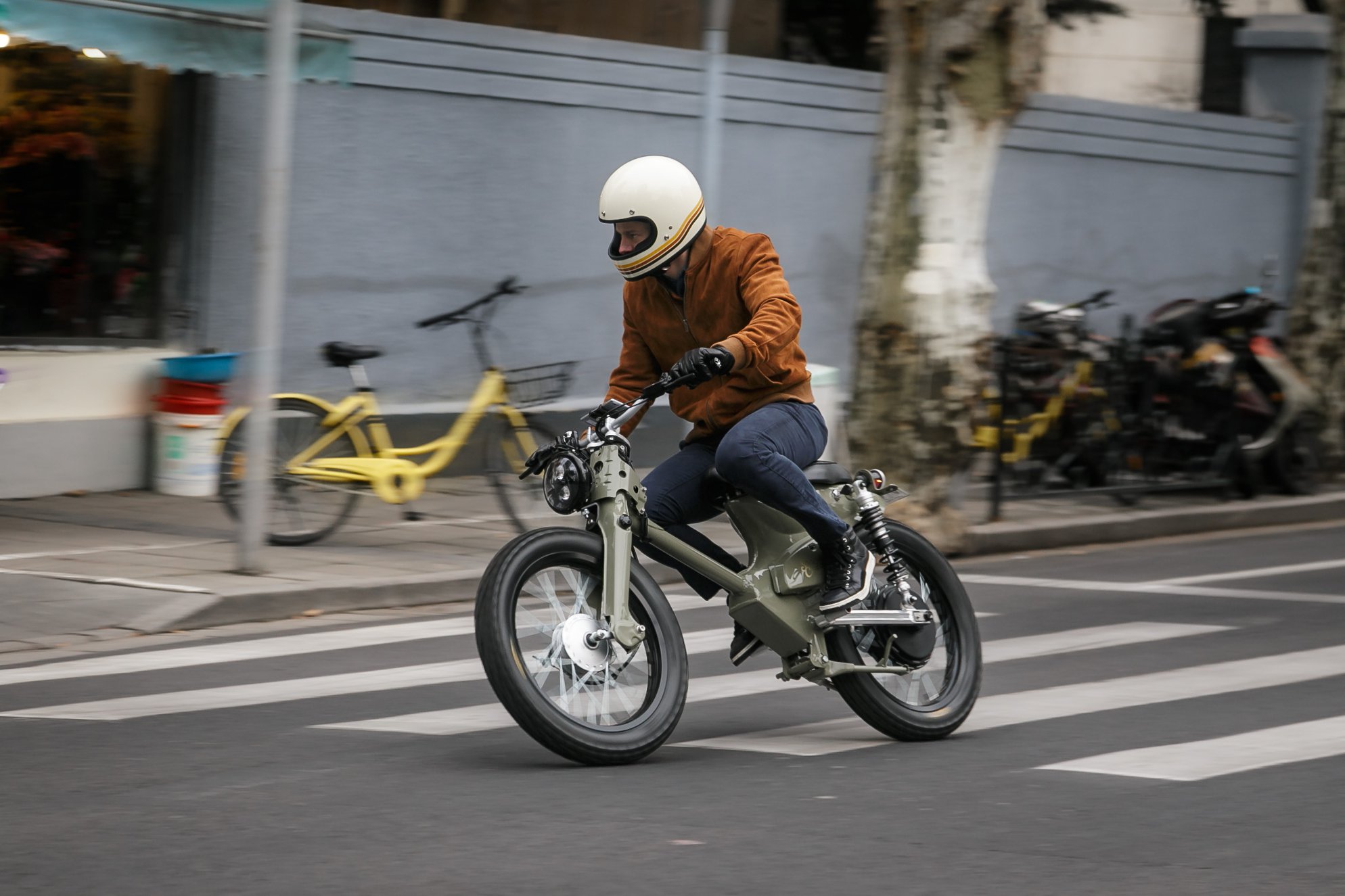 Aside from this, Shanghai Customs also makes eCUB conversion kit which allows anyone to convert their Super Cub to a custom DIY Electric Cub! 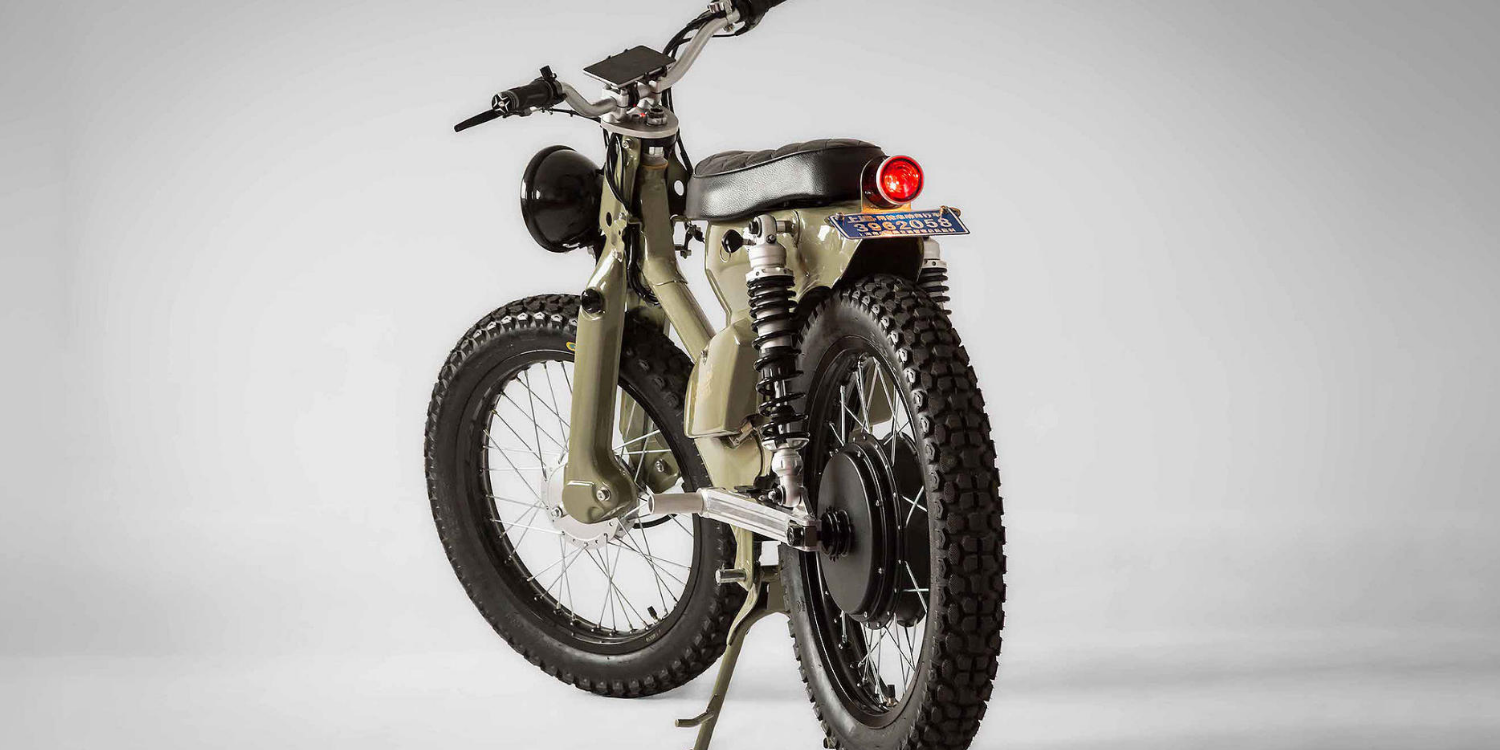 Thanks to this kit, for those who live in cities with strict emission rules, you won’t have to scrap your Cub just to switch to an electric bike! This kit is also useful if you have a spare chassis laying around and looking for a unique fun project. Whatever it is, you can spec this kit according to your taste, get it shipped and build your own eCUB at home! 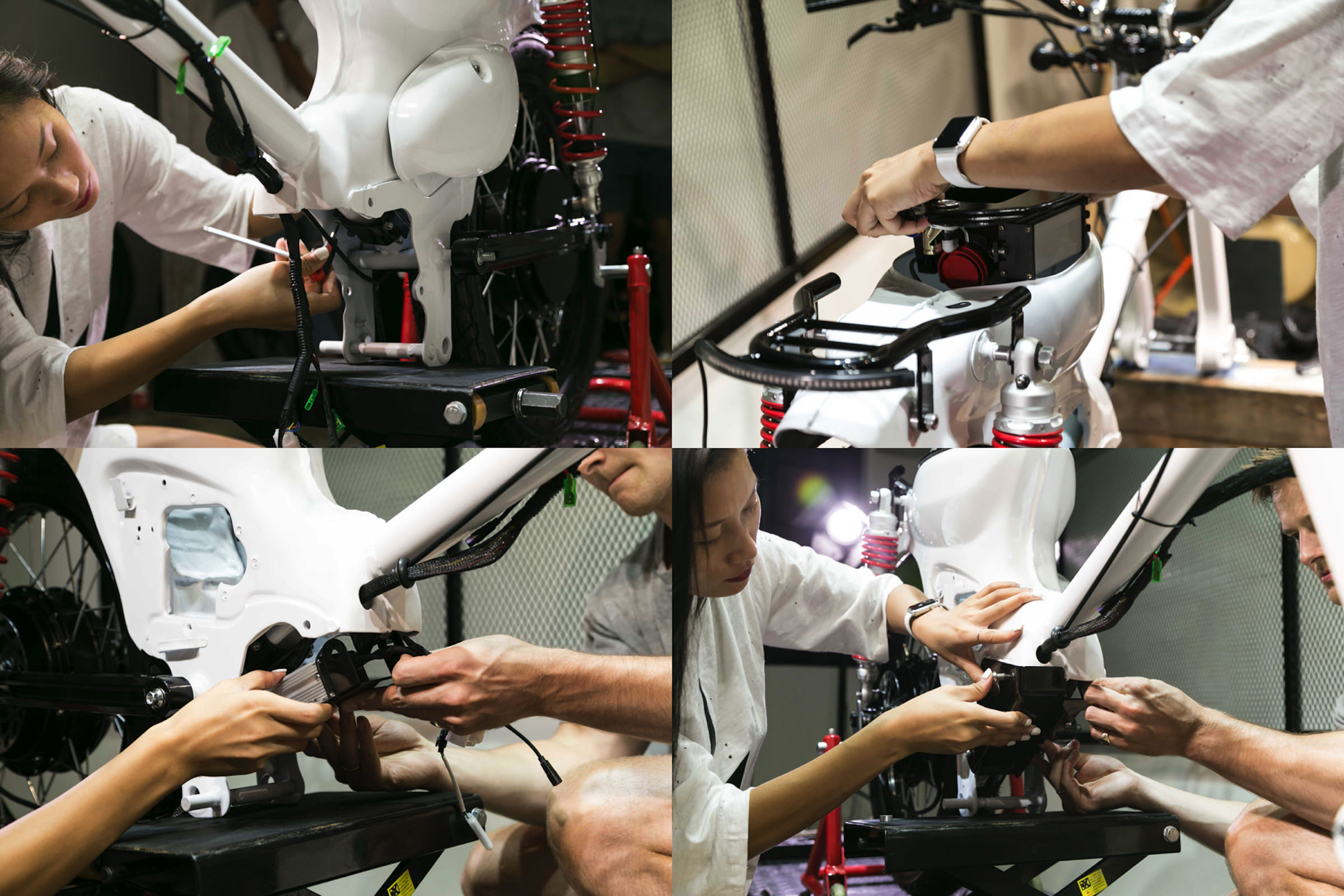 The eCUB kits are designed for the C70, C90 and ‘tank in frame’ C50 Honda Cubs. You can actually de-kit and switch back to the original bike since no frame welding or cutting required to install this kit. The difficulty level of this kit is above a complex IKEA install and will take about a day or two to complete. Given the wide range and subtle differences in CUB models; Shanghai Customs have left large tolerances for the variances in frame moulds, screw positions and moulded curves that have appeared over the years. On top of this, they have also tested the kit with Cub frames from numerous different markets so you wouldn’t have to do any alteration.

So the interesting part, the price! The fully assembled eCUB and eCUB 2.0 (with Cub chassis) are priced at $3,999 and available for export. On the other hand, the complete eCUB kit is priced at $2,799; and the non-battery kit is priced at $1,799 with free shipping.