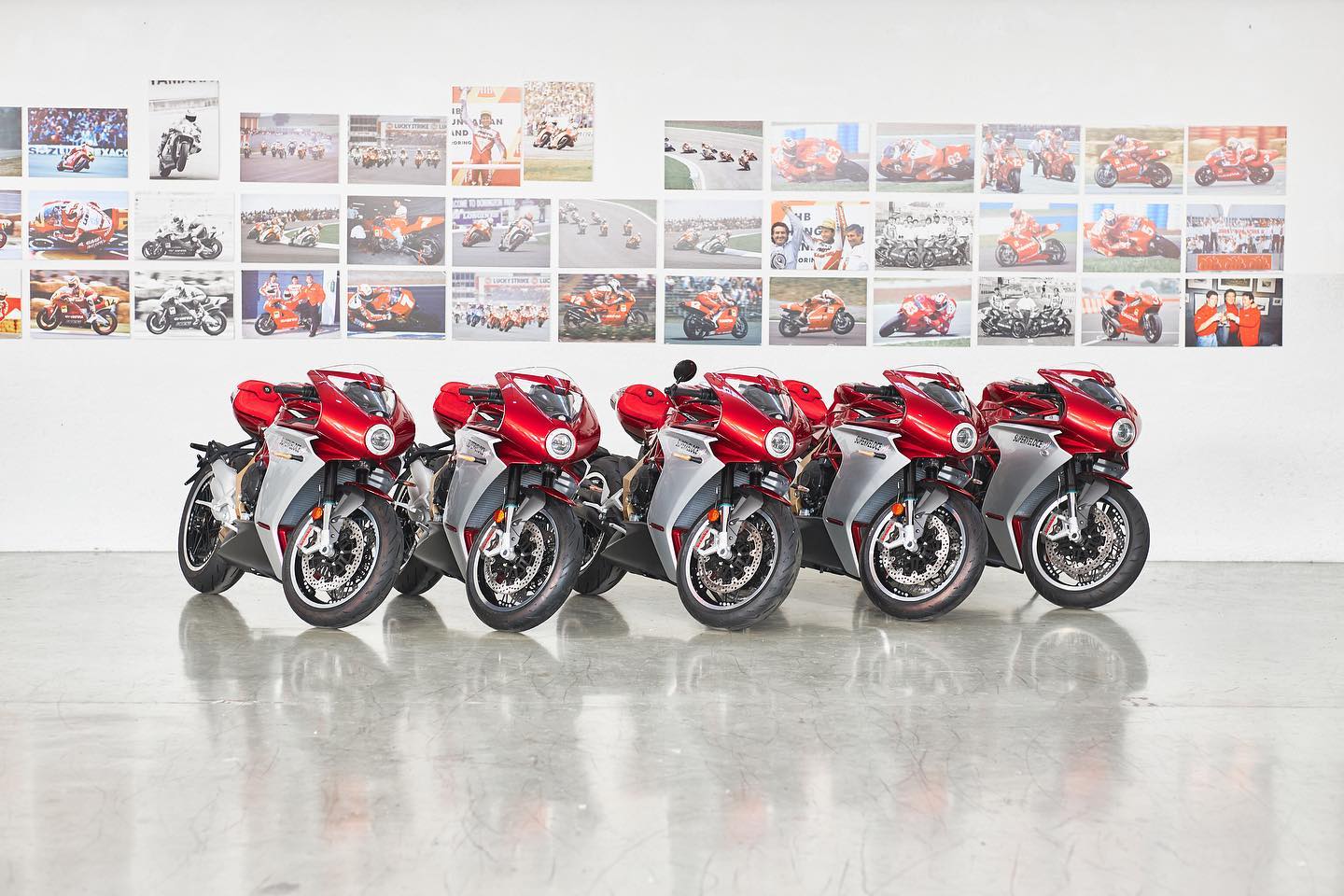 Just a few hours back, they also posted a photo of the very first five units of the Superveloce 800 Serie Oro. So if you booked one, just hold on, your Superveloce is almost on the way! The Superveloce sticks with MV Agusta’s rich heritage by combining 70s retro style with the modern three-cylinder engine from the F3. The round headlamp with low windscreen; 1970s style bodywork with short tail section and circular tail lamp amplifies the retro look. On top of this, the spoked wheels and twin side-mounted exhaust just spice things up.  Also, thanks to extensive carbon bodywork, the bike weighs only 173 kg! 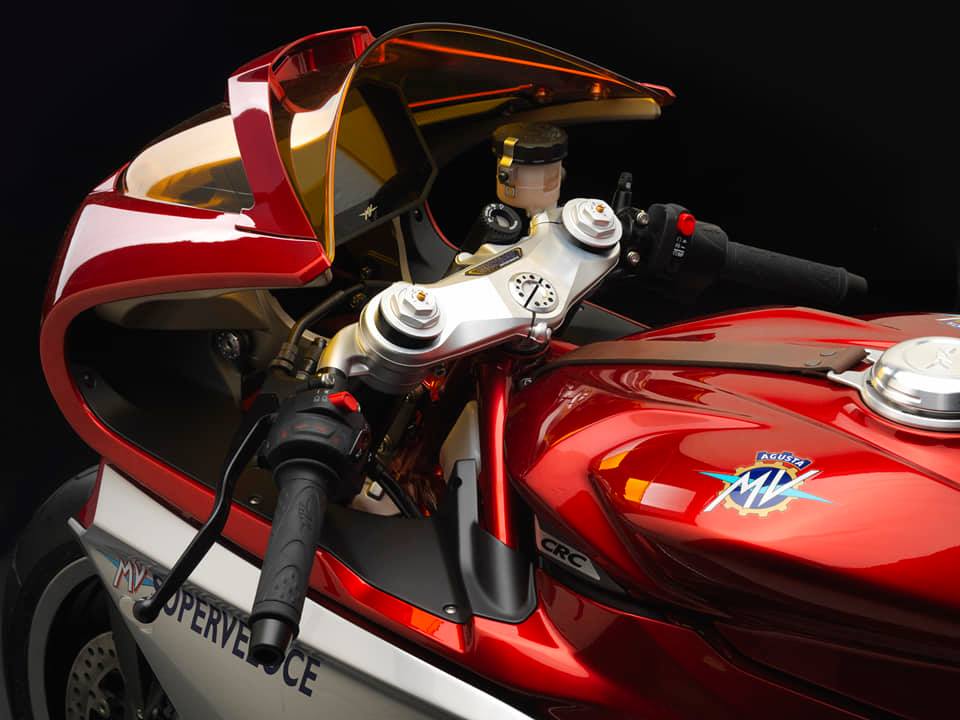 As for the suspension, the bike features 43 mm upside-down fork suspension at the front and a Sachs monoshock at the rear. On top of this, the bike comes with twin 320mm disc brakes at the front and  220 mm disc at the rear. Furthermore, the Superveloce 800 has modern electronics such as; the 2nd gen 5 inch TFT screen with smartphone connectivity (derived from the Brutale 1000 gold series) and a lot more! 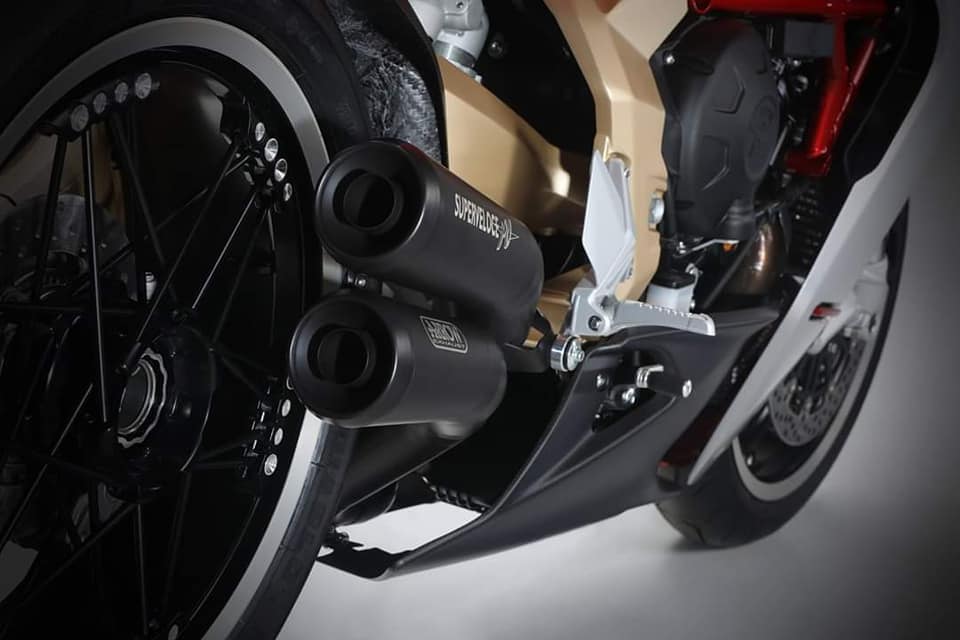 According to some sources, this might be the last model to roll off under the current 800 line up. This is because CEO Timur Sardarov recently revealed that the firm is developing an all-new 900cc engine!

We also heard about MV Agusta working on improving their dealer network worldwide and some restructuring. Together with the recent rumours on the development of small-sized adventure bikes, we are eager to see what MV Agusta comes up with!