The electric motorcycle concept, Emula by 2electron can transform itself into a variety of petrol-powered motorcycles and here is everything you need to know! 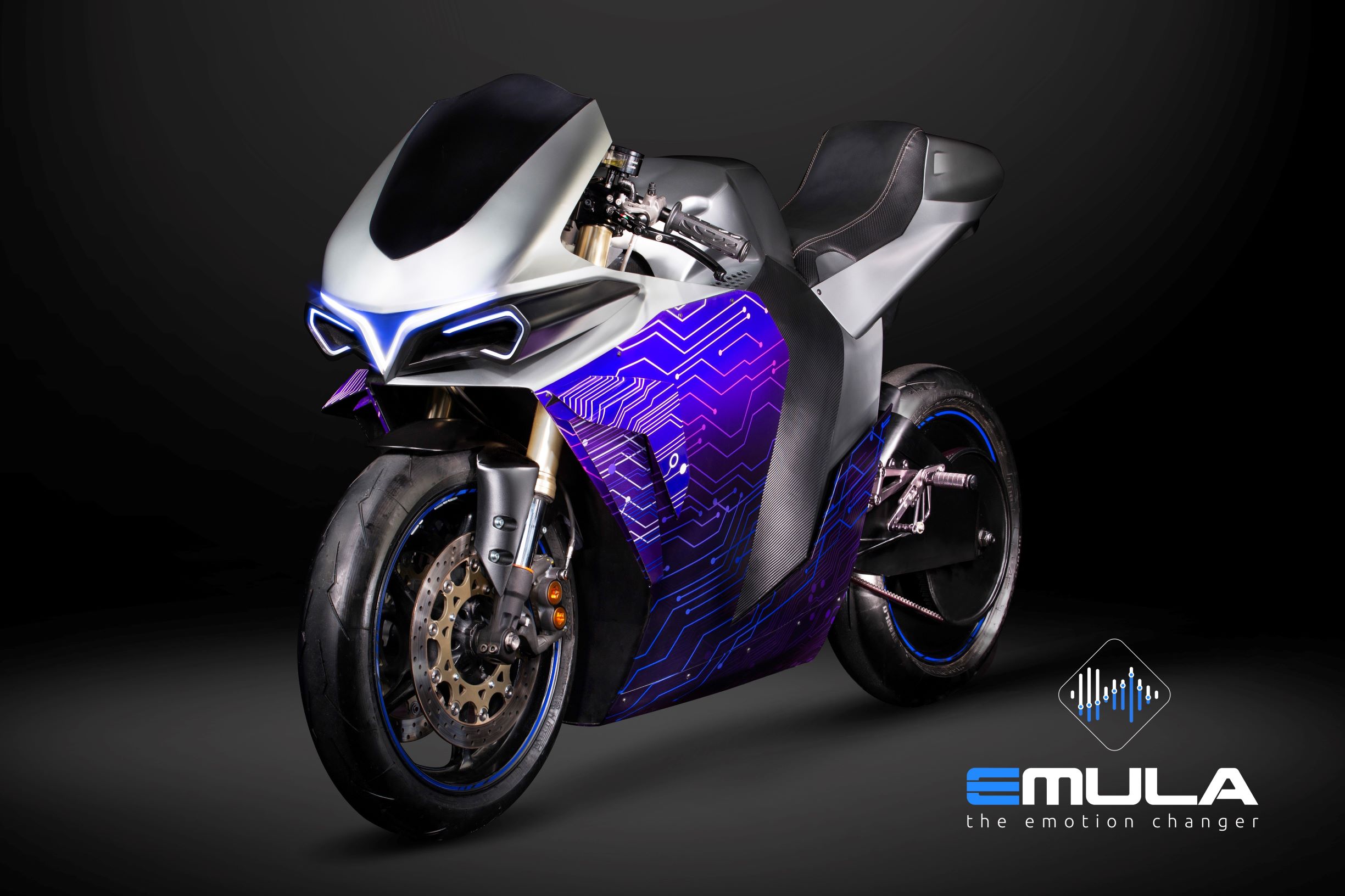 Emula electric motorcycle concept is the brainchild of 2electron from Naples, Italy. As the name suggests, the electric Emula actually “emulates” conventional petrol-powered motorcycles. Confused how this electric bike transforms itself into a petrol-powered machine? Emula’s McFly technology is what makes this possible. 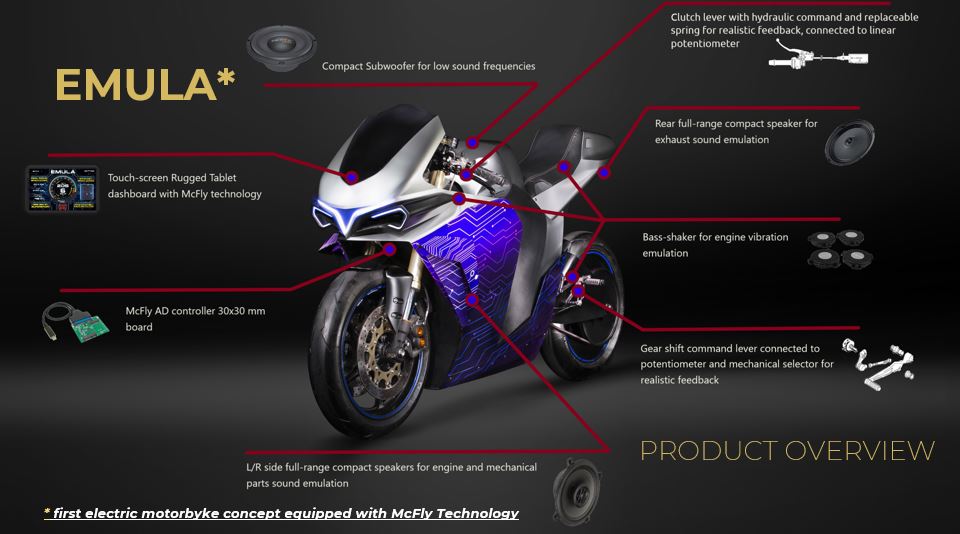 Thanks to this system, the rider can switch between different petrol-powered machines. Being able to transform with just a touch of a button, the Emula can be ridden as a 250cc two stroker, a large four-stroke V2 or a 600cc in-line four-cylinder machine. In doing this, Emula emulates everything from the engine sound, vibrations, power and torque delivery to even engine braking behaviour.

When using the 250cc two-stroke configuration, Emula pushes around 58hp and 37 Nm of Torque. The 2nd 800cc V-Twin configuration lets the bike push around 77hp and 72 Nm. As for the 600cc inline-four setup, the power jumps up to 100hp with 60 Nm of torque. Aside from this, the rider can also download other pre-sets online! 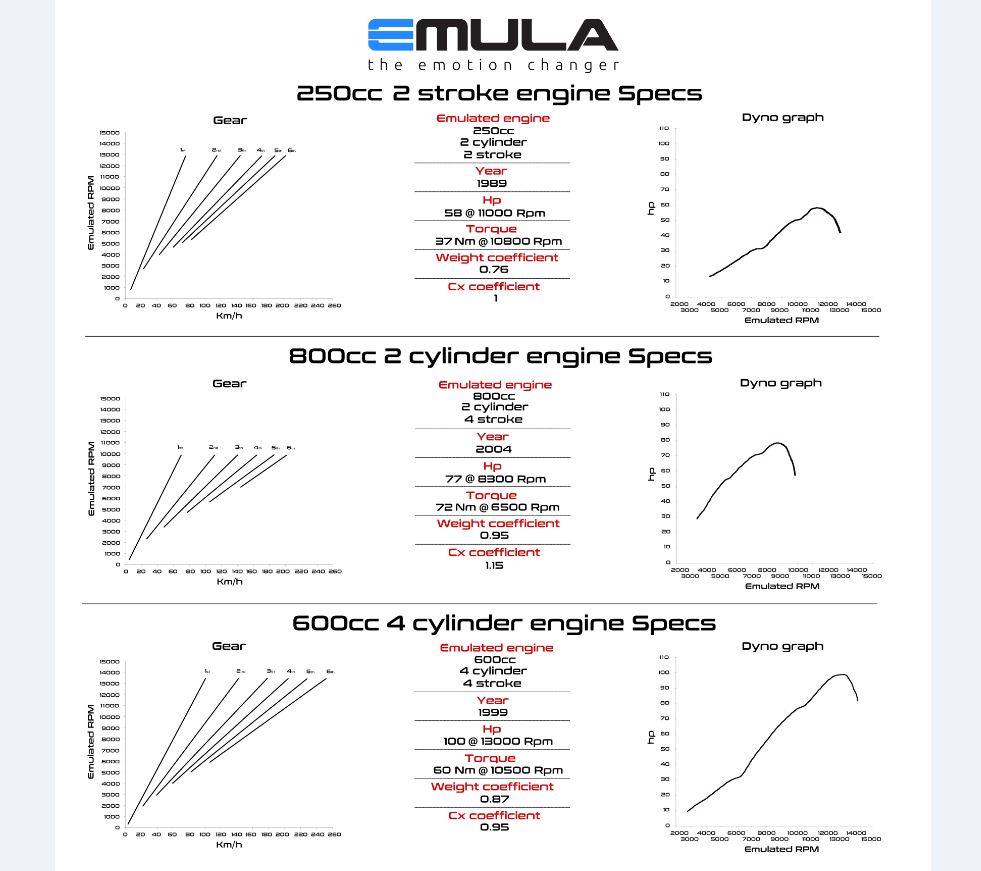 Based on the configuration, the strategically placed speakers give out the appropriate mechanical, engine and exhaust noise. Thinking about noise pollution? Don’t worry, the simulated noise can also be piped into the helmet via Bluetooth!

On top of this, the conventional shift and clutch behaviour even without a gearbox make the ride more authentic. Thanks to this, the rider can follow the rev limiter and click through the gears. Aside from this, the brass-shaker further enhances the ride by emulating the mechanical vibrations of the bike! Moreover, weighing 200 kg, Emula can reach up to a top speed of 250 km/h and can be ridden as a conventional electric motorcycle too. 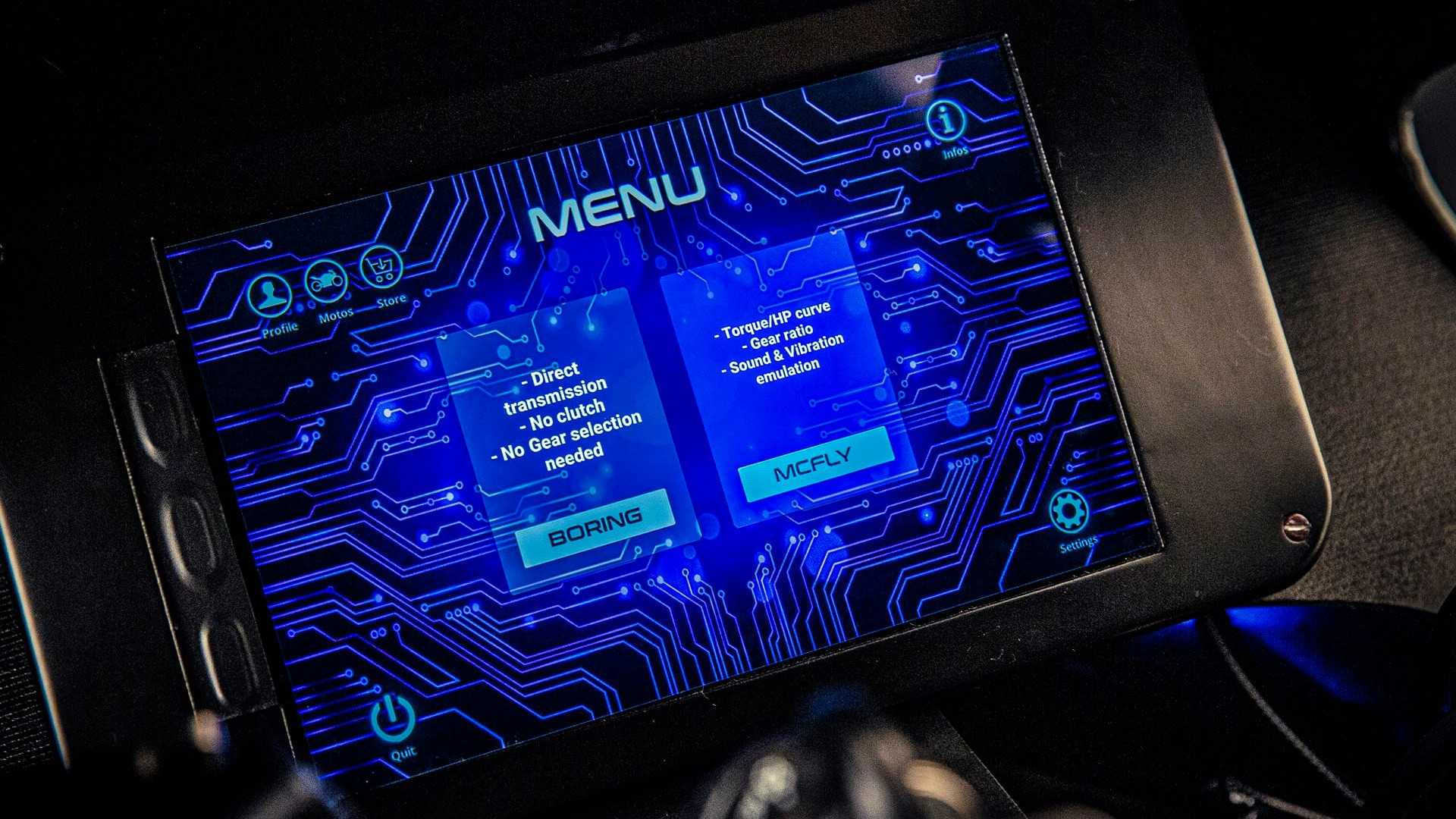 Although we are not sure if Emula would make it into production, we are mindblown by the capability of this concept. Some might not like the idea of  “simulation” but it’s very interesting to see the limitless possibilities with electric motorcycles.