Check out this fleet of custom Honda Super Cub with 250cc inline-four engine swap and many more from Japan!

In case you are new here, we are a huge fan of Honda Cub. We actually have a weekly Cub dedicated episodes – iM Cubaholic. iMotorbike’s iM Cubaholic covers everything about Honda’s famed Cub line up so if you are a fan of Honda Cub, be sure to check it out!

It seems like a pretty common practice in Japan because there are quite a lot of Honda Super Cub bikes in Japan with crazy engine swaps. The trend seems to be picking up pretty good in Japan with people even starting to name these Cubs ” Crazy Cub”.  Aside from the engine, other parts like the electronics, swingarm, suspension components, brakes and wheels are transplanted too.

So let’s start with the first ” Crazy Cub” with a 250cc CBR250RR inline-four engine swap. Looking at this bike, other parts have been transplanted from the donor bike too! In case you are not triggered, have a look at the video below. This second Crazy Cub has a 250cc inline-four engine swap too. But this time, instead of using a Honda engine, the owner decided to go with Kawasaki ZXR250 engine. Yes, we know, watching these two screaming inline-four Honda Cubs flyby looks a bit odd but in a really good way. In case you are a fan of two-stroke bikes, here is something for you. Unlike the other bikes with a four-stroke inline-four engine, this third Crazy Cub has V-Twin 2-stroke engine swap. According to sources, this Super Cub features a 250cc 2-stroke V-Twin engine from the Honda NSR250R. Interesting, huh? 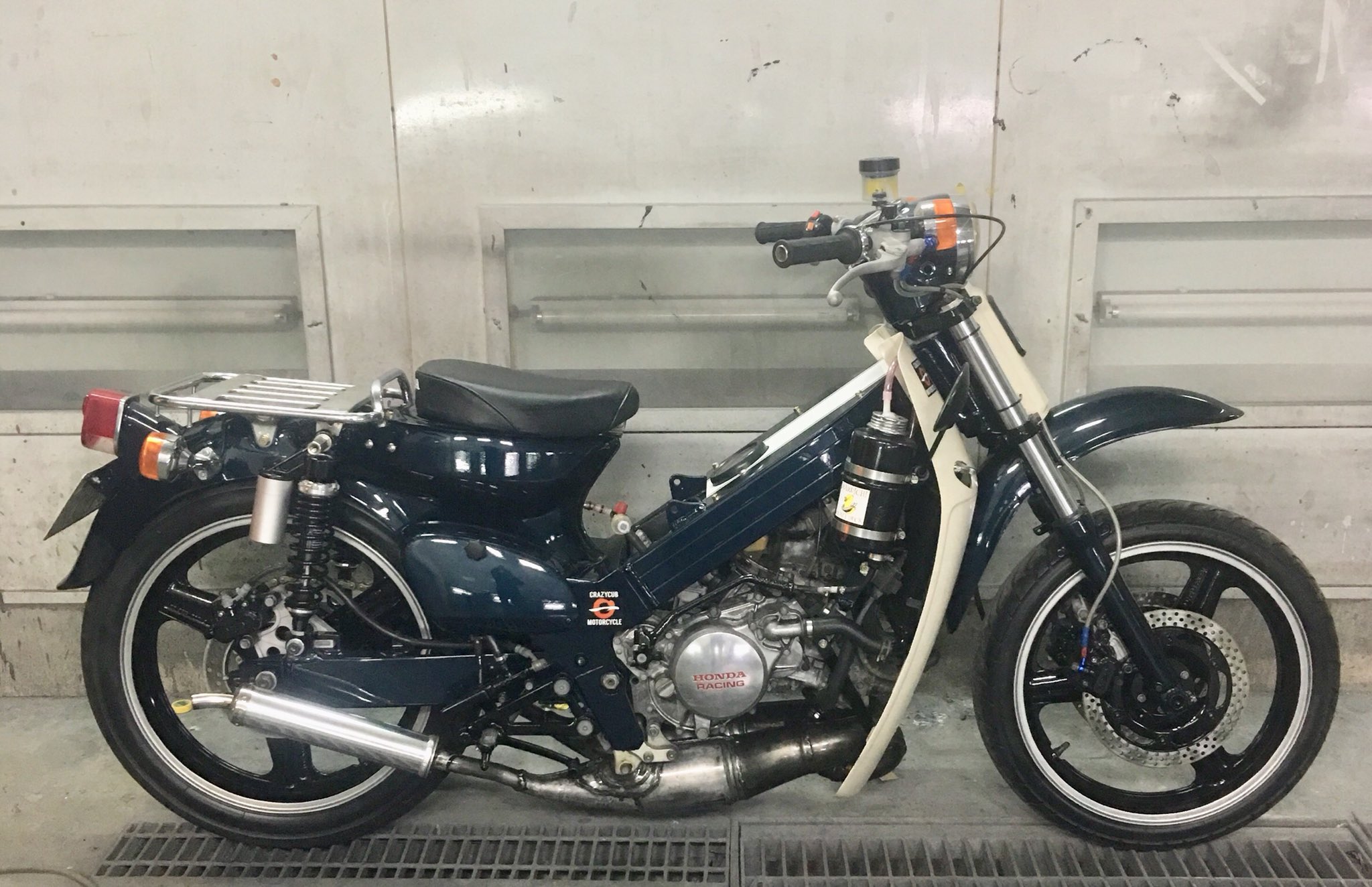