iM Cubaholic covers everything about Honda’s famed Cub lineup. On this week’s episode, we are taking a look at the Honda Super Cub Roadrunner designed and built by an industrial design student from Taiwan. If you are a follower of iM Cubaholic please note; starting this month the Cubaholic episodes would be published on Fridays instead of Thursdays. 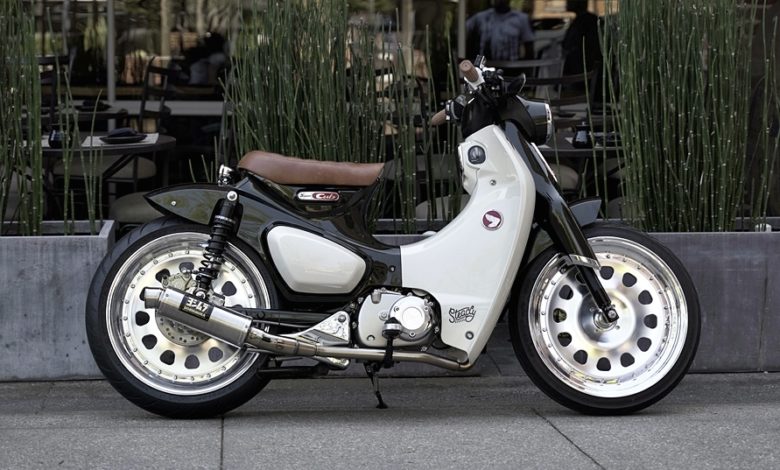 Last week we had a look at the custom City Slicker build by Steady Garage based on the current C125. The City Slicker by Steady Garage was built as a homage to the older Cubs. However, this week, we are having a look at a build that’s pretty different from what we have seen so far. On this week, the Honda Super Cub Roadrunner built by industrial design student Suhann from Taiwan shows how Honda Cubs can be modified to look beyond recognition. 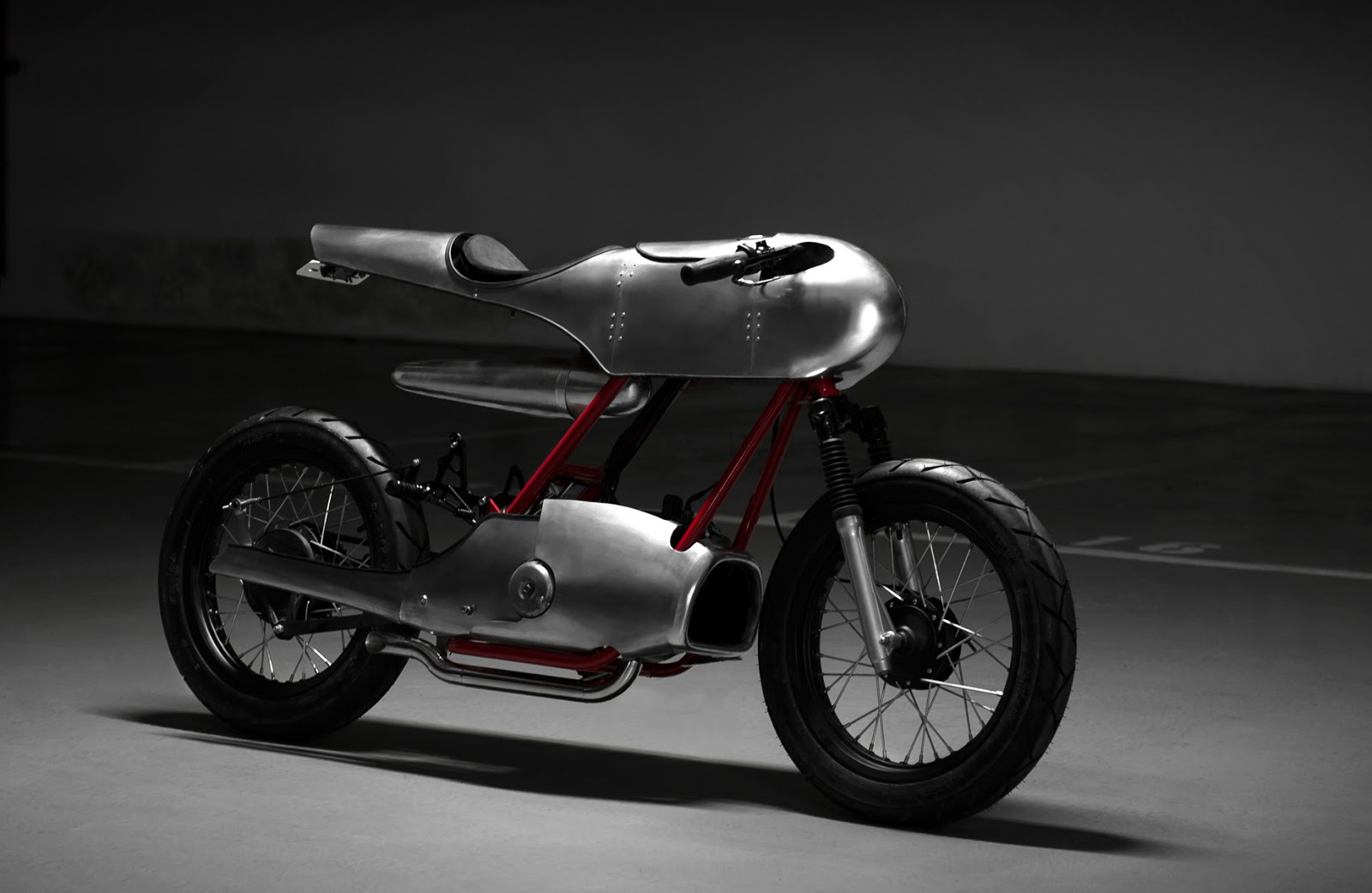 To begin with, the Honda Super Cub Roadrunner concept was designed and built by Suhann. Suhann is an industrial design student from Shih Chien University, who is also a serious petrolhead. His love for motorcycles and streamlined vintage design is what led to the creation of the Roadrunner concept as his final year University project.

Although we don’t see much design quirks of Cubs, the Roadrunner is actually based on the Honda Super Cub 90! It’s true, the C90 has been worked on beyond recognition and this makes the build truly unique. We have come across a lot of custom Cubs which follows the traditional aesthetics of Cubs, however, the Roadrunner concept based on the C90 is indeed an exception.

Before getting into the bodywork, Suhann created a completely new trellis frame. He first designed the entire frame and had a local custom workshop to construct the structure from metal tubing. As for the bodywork, Suhann first made a template out of wood.  He then used hand-forming techniques to hammer the aluminium sheets over the wooden template and join them together using rivets. It’s mindblowing to see how each and every single hand-made panels look flawless. 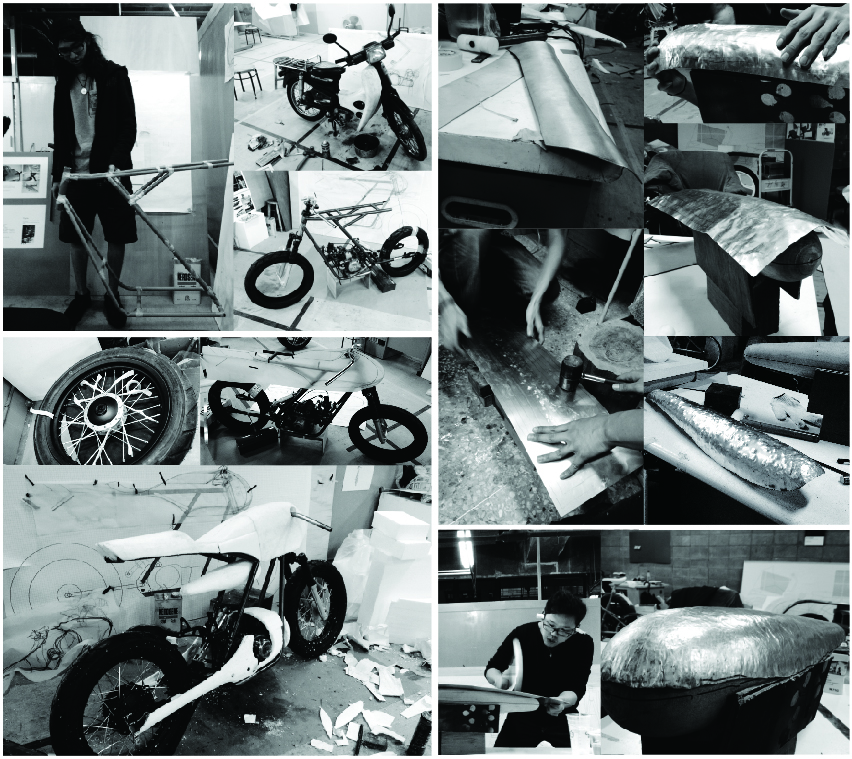 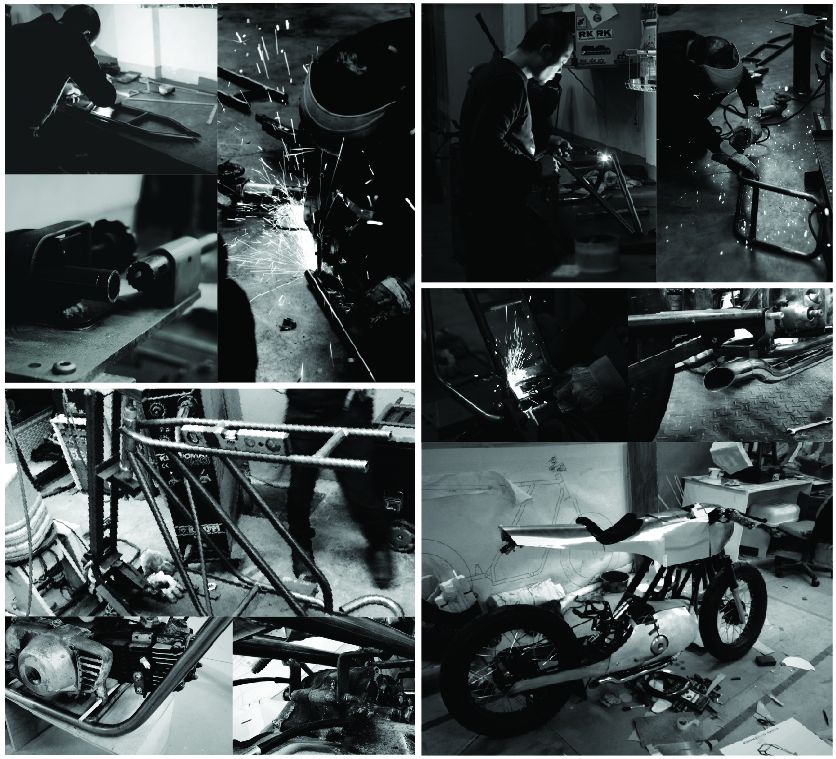 “To give the pilot a better view the body of the floatplane is usually elevated higher with a trellis structure. It makes frame much lighter without reducing the strength. The body is composed by three volumes, which create spaces within, making the body much lighter.”

As Suhann mentions, there are three body segments. To begin with, from the tip to tail the upper body segment echos the design characteristics of vintage prop planes and has a small compartment within for the rider. The second middle segment is the fuel tank, which actually looks like bombs carried by old WWII planes. Moving on, the third lower segment is the large functional air duct that helps the engine run cool. To blend in, the overall structure stands on stock C90 spoke rims; which further enhances the vintage look of the Roadrunner. 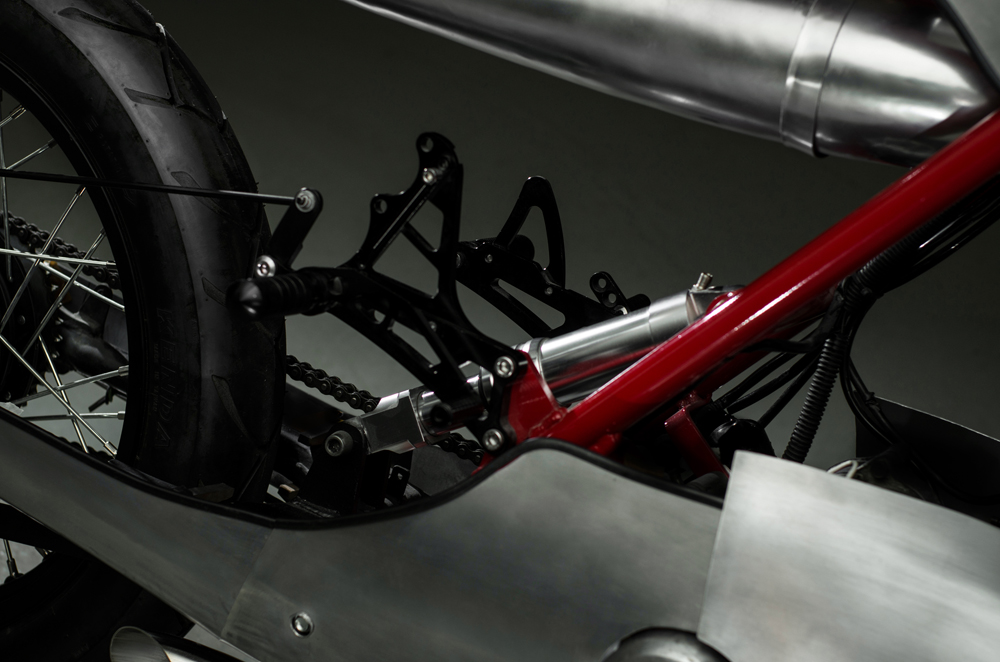 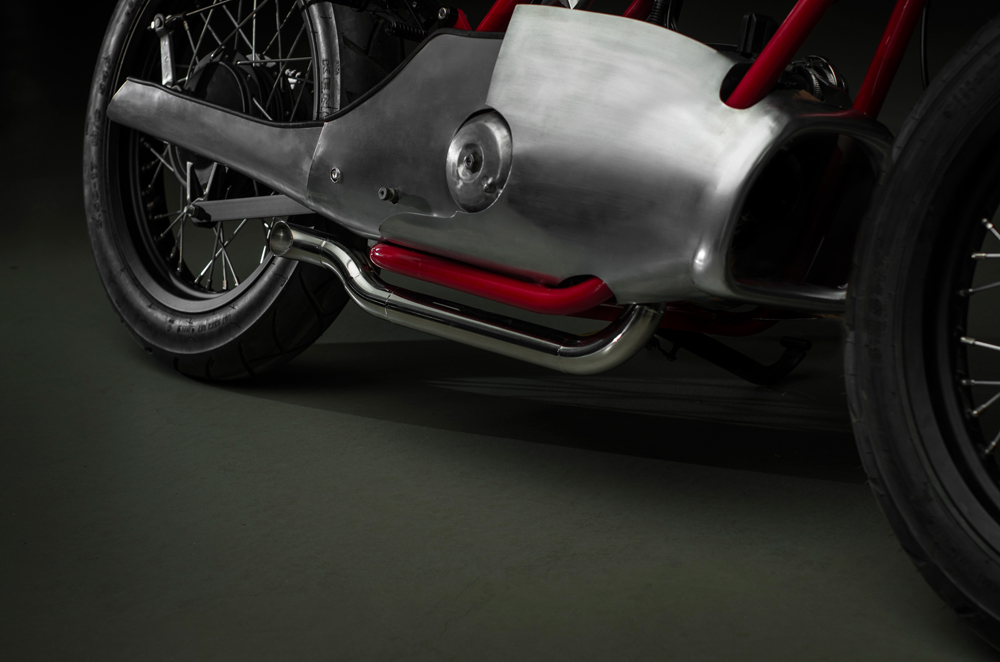 In the case of the engine, the Roadrunner is powered a stock 89.5cc from the Honda C90 OHC; which puts out around 8hp. This might not seem like much; but given the trellis frame and aluminium body panels are way lighter compared to the factory frame, the “Roadrunner” doesn’t let down its name. 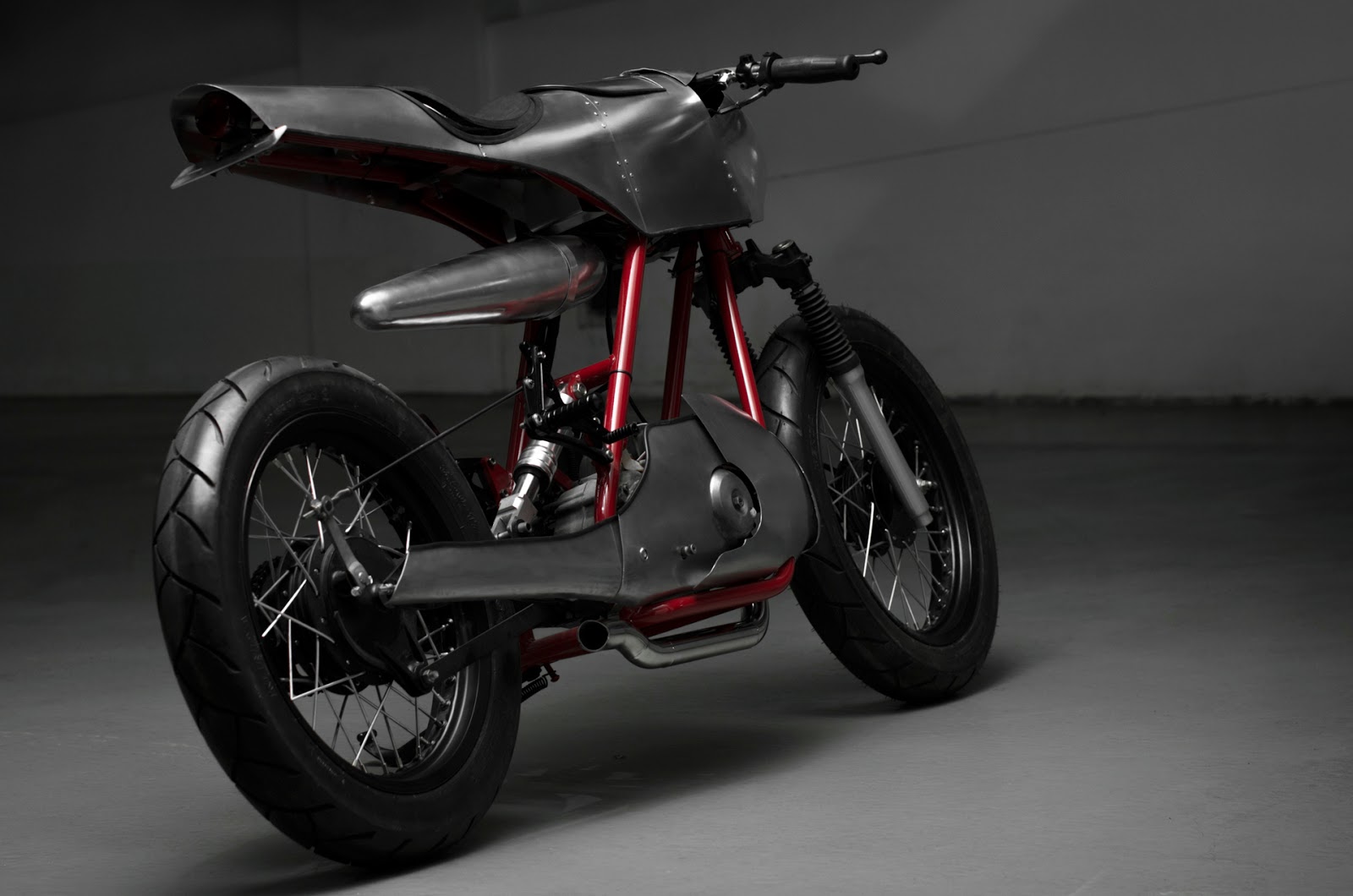 As for the suspension, the rear mono-shock suspension incorporated within the design takes care of the business. Alongside the rear shock, the custom high-rise pegs give the bike a low slung racing position to blend in with the overall design.

As the Roadrunner is still in the development stage, Suhann hopes to work further on the stock engine and add a few copper and brass components to seal in the vintage look of the bike.