iM Cubaholic covers everything about Honda’s famed Cub lineup. On this week’s episode, we are having a look at a custom Honda Super Cub built for a purpose – The Sea Sider by Deus Ex Machina Bali! Last week we featured an unusual Honda Super Cub C70 from Japan which transformed into a Morgan three-wheeler inspired trike. For this week, we are having a look at another custom Honda Super Cub build which was built for a purpose in mind;  it’s the Sea Sider by Deus Ex Machina Bali, Indonesia! We have covered numerous custom Honda Super Cub builds in iMotorbike’s iM Cubaholic series. As for this 11th episode we decided to feature the Deus Sea Sider because of its simplicity and story. The Sea Sider was designed and developed by Deus Ex Machina’s Bali to specifically serve a purpose. Well, the words Bali and purpose should give you guys a clue already! The Sea Slider was actually built for surfers to carry surfboards! Love surfing and riding? Well, this is something you wouldn’t want to miss!

If you follow Deus’s custom builds, the Sea Slider would seem a bit familiar to you because prior to this build, Deus came up with a few custom  “surf-commuter” bikes. However, folks at Deus Bali decided to do something similar but yet a lot different. As a base, they decided to go with a trusty old Honda Super Cub C70 from 1974! 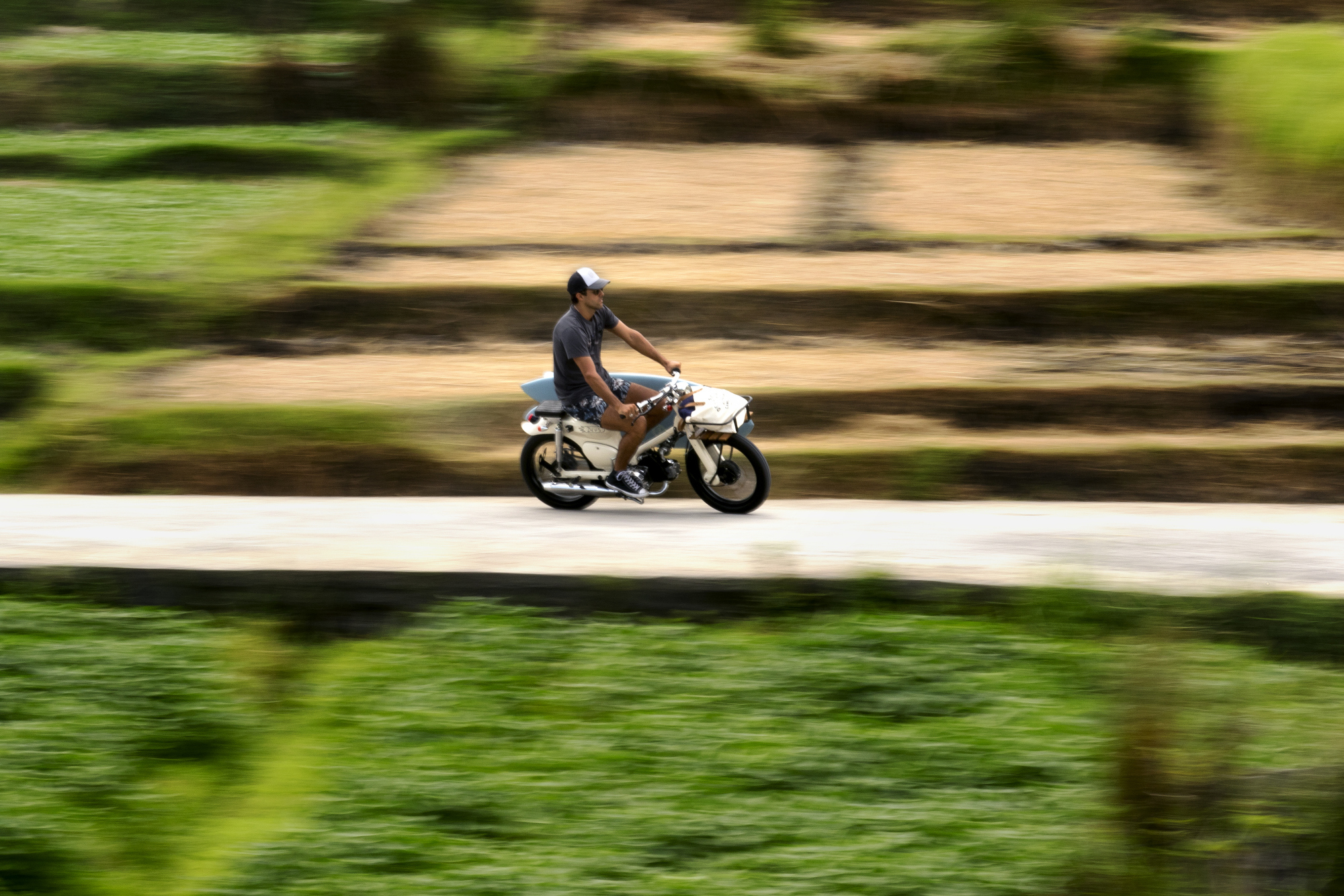 “We wanted to build a new surf-commuter for around Canggu”, says Tom Hawkin from Deus Bali. “Previously we would have needed offroad capability, but the roads in the area are smoothly paved. So we decided to give this build more of a  ‘bicycle feel’ to it.” , Tom added.

To begin with, as folks at Deus wanted to have more of a “bicycle feel”, they decided to splash a few bicycle components around the build. According to Deus Bali, they started the build with sourcing and resorting used bicycle parts from neighbouring island. Looking at the build you can clearly spot a few bicycle components like the handlebars and the front lamps. Aside from this, Deus added in a custom wooden basket to give it a nostalgic touch. Deus wanted Sea Slider build to be light, purposeful and simple as possible so they stripped out and took off unwanted parts. As for the rims, Deus says they decided to go with an aftermarket imported rims from Japan. 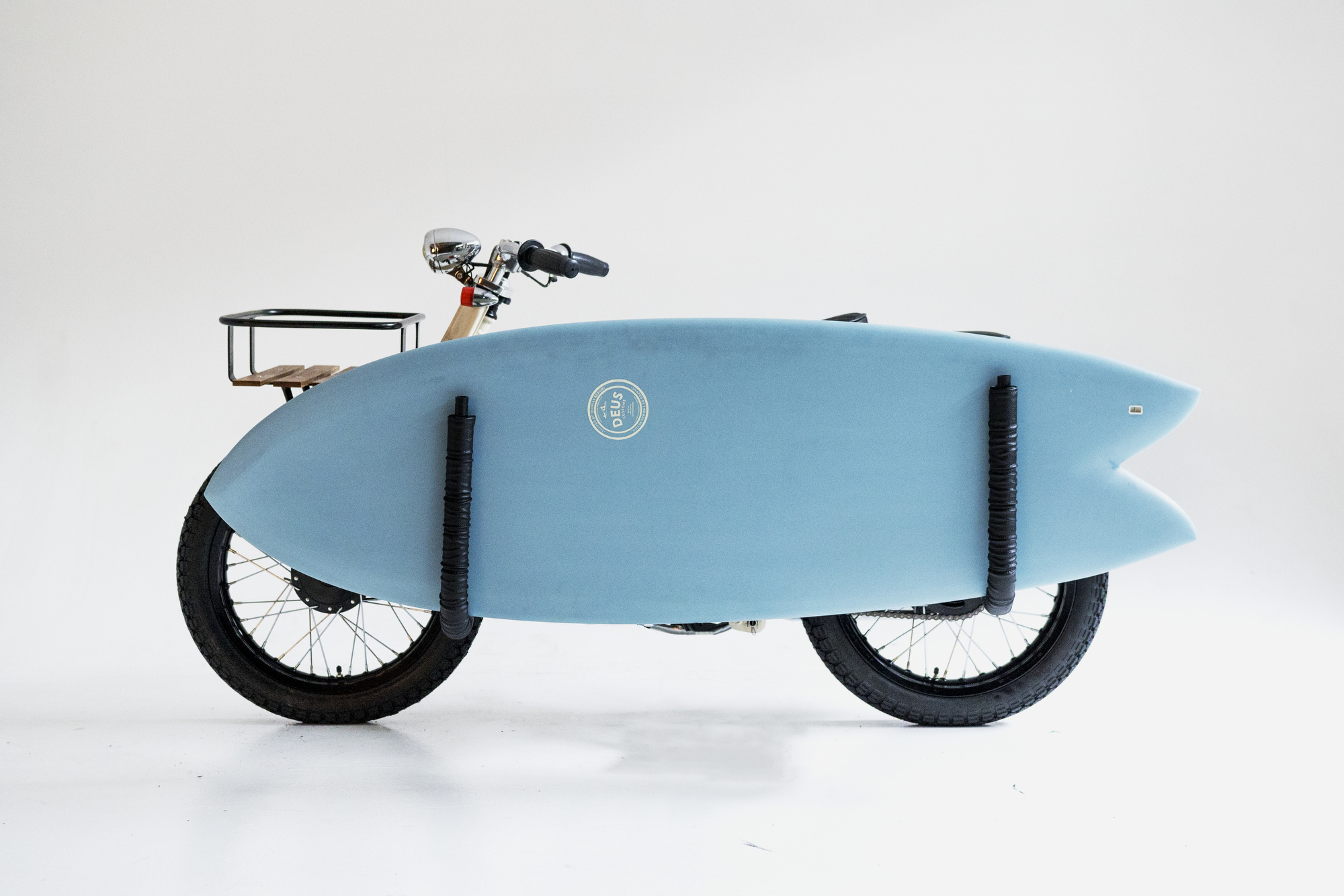 Other than this, the tail lamps, turn signals, plate holder are aftermarkets too. Looking at the exhaust you might think it’s a factory Honda part, but wait, apparently Deus handmade this exhaust alongside the surf rack. To complete the build, Deus used locally wrapped leather seat from around town which blends in with the overall look of the bike. 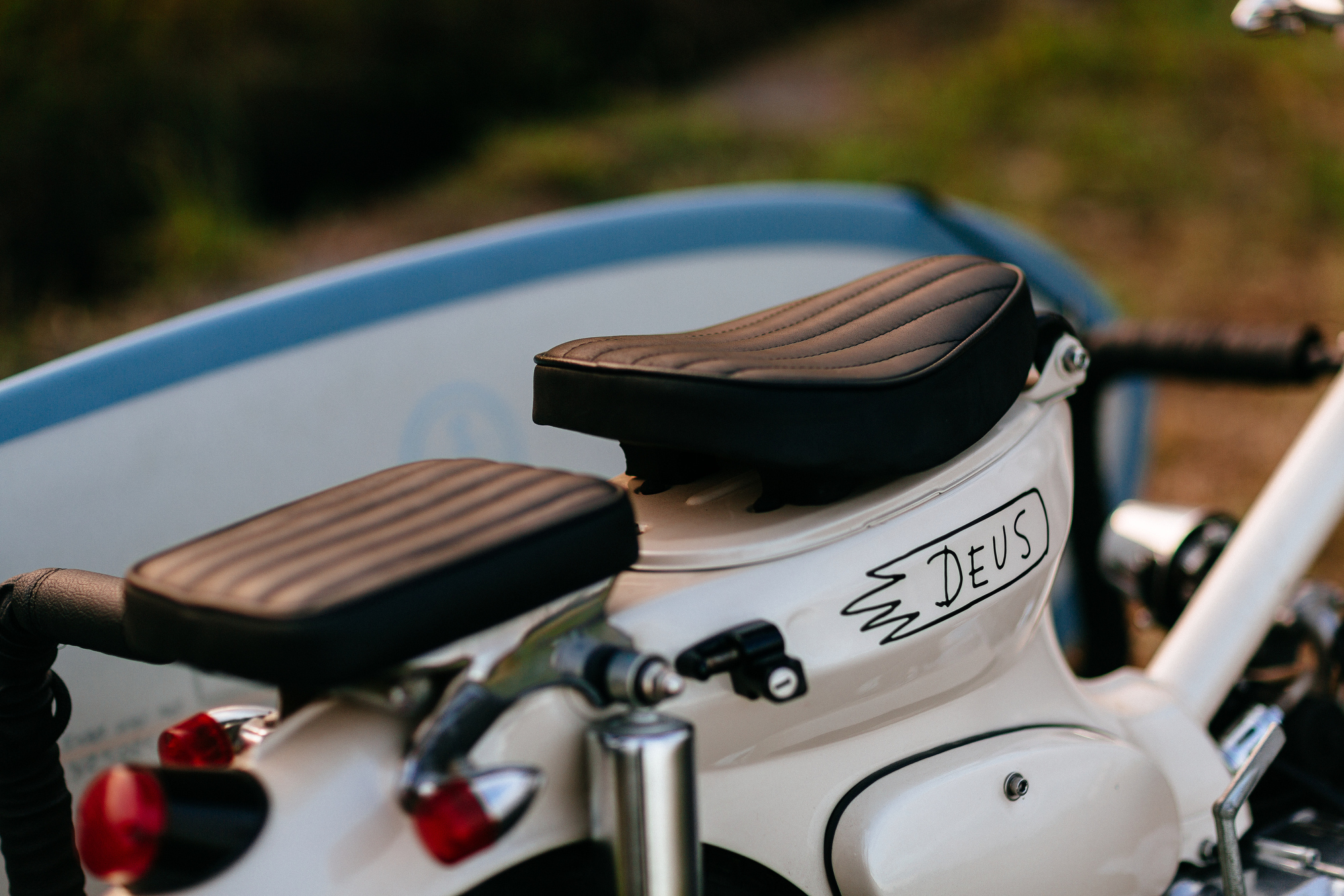 We love this build because of its simplicity and how clean it looks; additionally, we think Deus made the right choice with going with the whole white and silver colour combo with the Sea Slider’s body colour and the flashy silver trims. Deus swapped out the original 6 horsepower 70cc engine from the 1974 Honda Super Cub with a 1995 Honda Astra engine. Tom says this gave the ride a bit more “oomph” factor and the bonus of an electric start. As for the suspension and brakes, Deus kept it simple with stock suspension and brake components.

Planning on going Bali after COVID-19 settles down? You can find the Sea Slider at Deus’s Temple of Enthusiasm in Canggu, Bali! 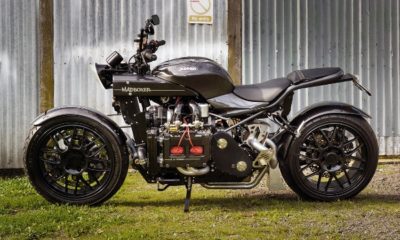 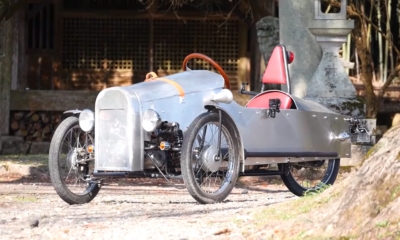 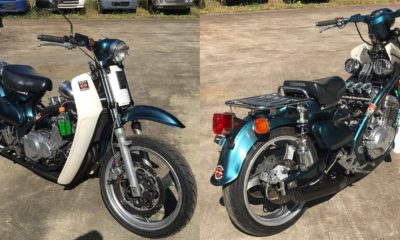