The latest patents suggest, the Japanese motorcycle manufacturer, Honda might be working on an all-new premium scooter.  Here is everything you need to know! This week, we reported on a few patents that Honda filed recently. The first patent we went through was a patent filed for a foldable battery cover for an electric Honda Super Cub. Following that, rumours about Honda filing a patent for the name “Motocompacto” spread like wildfire. Although it wasn’t a design patent or whatsoever, this patent for the name gave JDM fans hope for an all-new electric version of the legendary Honda Motocompo.

Here is another patent leak from Honda that’s firing up slowly. Rushlane reports another patent that Honda recently filed, however, this time the patent is for a petrol-powered premium scooter – Yep, nothing electric this time! 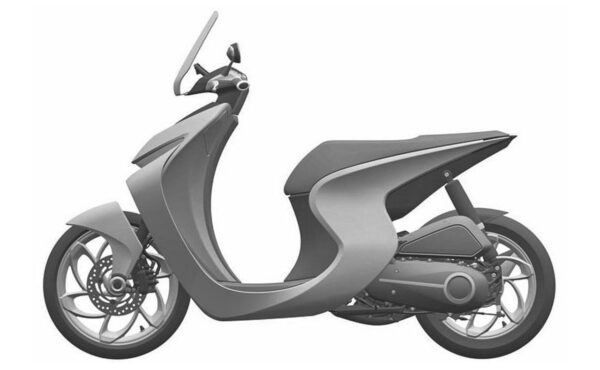 Looking at the 3D images of the scooter in the patent, it looks like Honda is planning something big with this one. Being a concept at this point, the drawing doesn’t include any lights, instrument cluster or license plate holder. Starting with the front, the first thing that catches the eyes is the windscreen and just behind it, there is a space for an instrument cluster which hasn’t been added in yet.

Looking at the drawing closely, it looks like Honda would put in under-seat storage space as usual. Aside from the sporty front end, the sleek pointy seat with the sharp tail amplifies the sportiness of the scooter. Alongside the sportiness, the turbine shaped wheels, curvy exhaust and mono-shock at the rear gives the scooter a  serious funky look.

Overall, the design of the scooter is pretty unique because of the folds and curves all around the bike. These design quirks give the scooter more of a futuristic look and we love it!

Although the specs of this premium sporty scooter are limited at this point; we believe the bike would pack a 150cc -300cc engine with CVT much like the PCX and Forza. Could this be Honda’s answer to the Italjet Dragster? Tell us what you think! 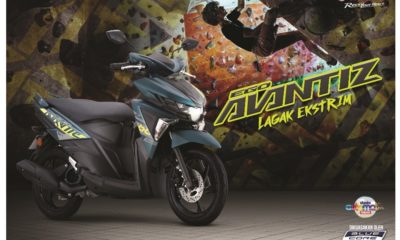 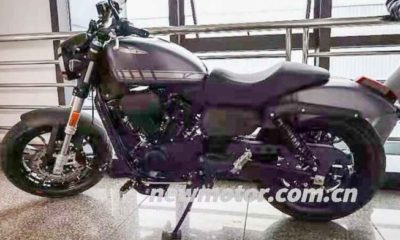