An upcoming Aprilia Tuono model has been spotted at Imola undergoing thorough testing with Lorenzo Salvadori. But the question is, is it going to be a street-legal machine? 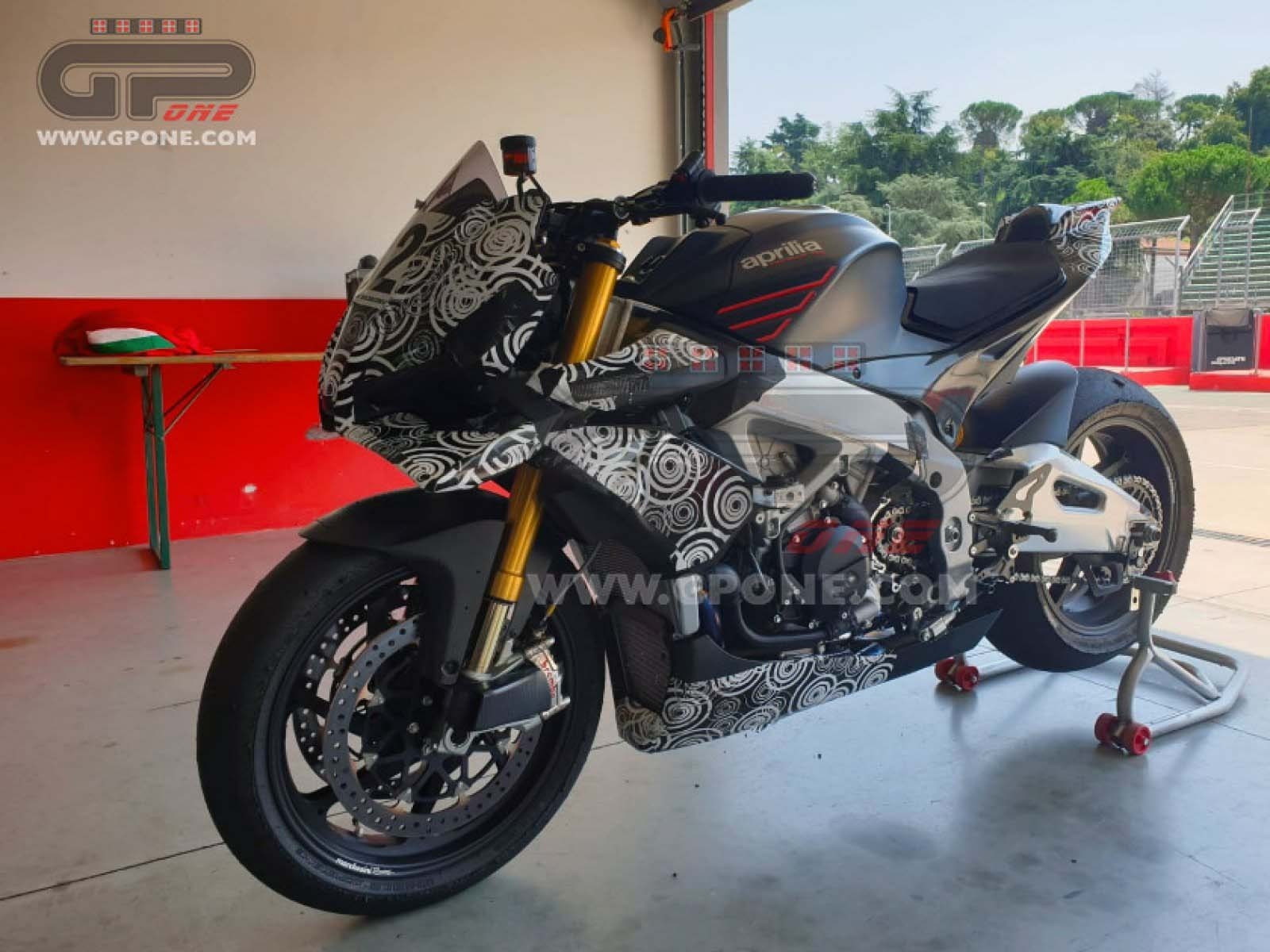 According to the latest report from GPone, Aprilia is currently working on an upcoming Tuono V4 1100 model. Although we can’t confirm whether this Tuono is a street-legal bike or not, we can guarantee the next Tuono V4 model from Aprilia would get MotoGP aerodynamic for next year. Caught testing with the Italian racer, Lorenzo Salvadori, we think this bike would be rolling out somewhere around next year. 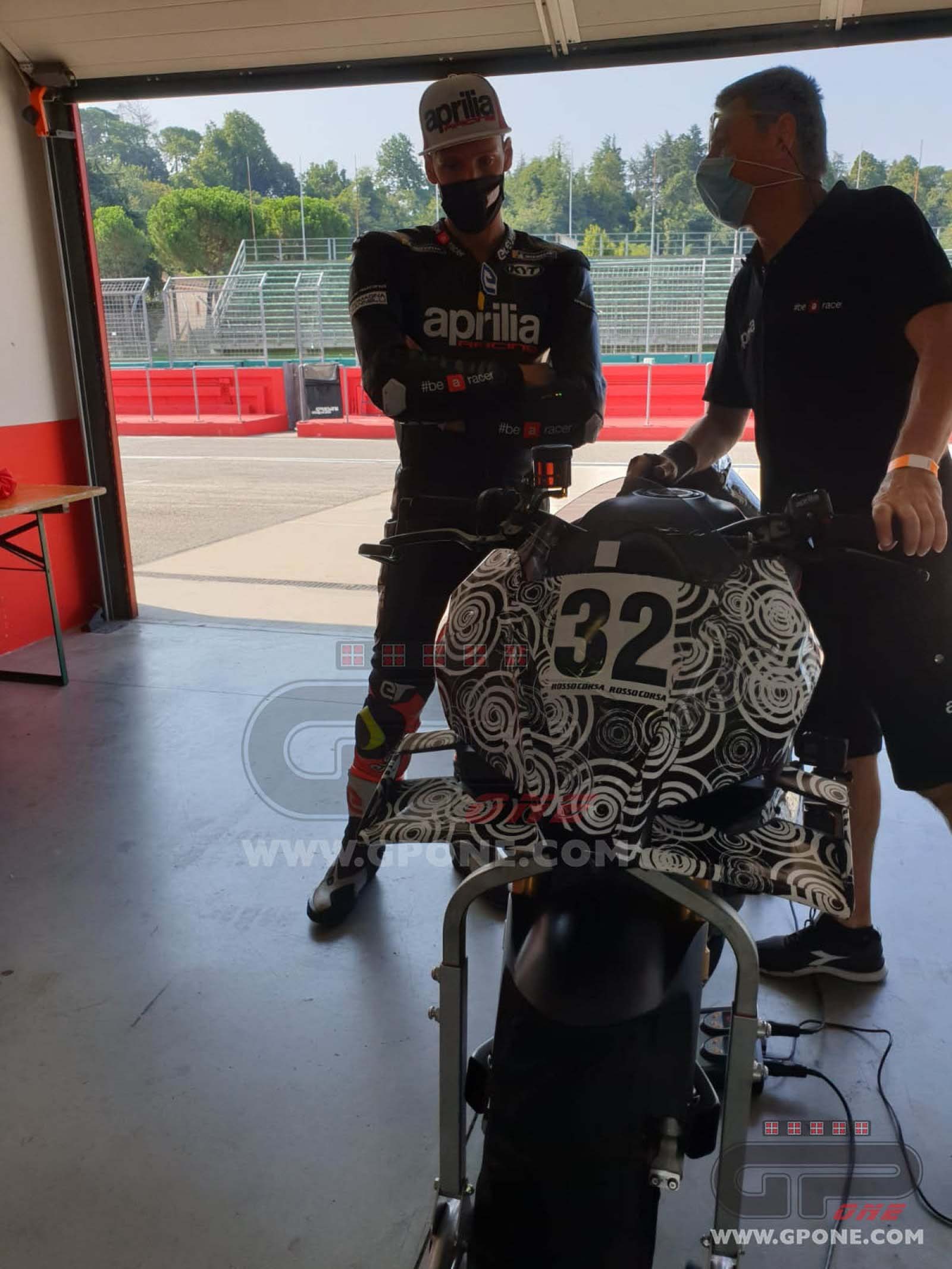 Looking at the leaks, here are a few things we pulled out. To begin with, from the “MotoGP inspired aerodynamics”; it looks like Aprilia is following closely with the design of the RS-GP 20 MotoGP racer. From the windscreen to the wings, the design looks very similar to Aprilia’s MotoGP project. However, since we only have the leaked images, we can’t comment much on the figures and specifications. Also judging from the look of the bike, it’s hard to say whether this would make it out as a street-legal bike or not. 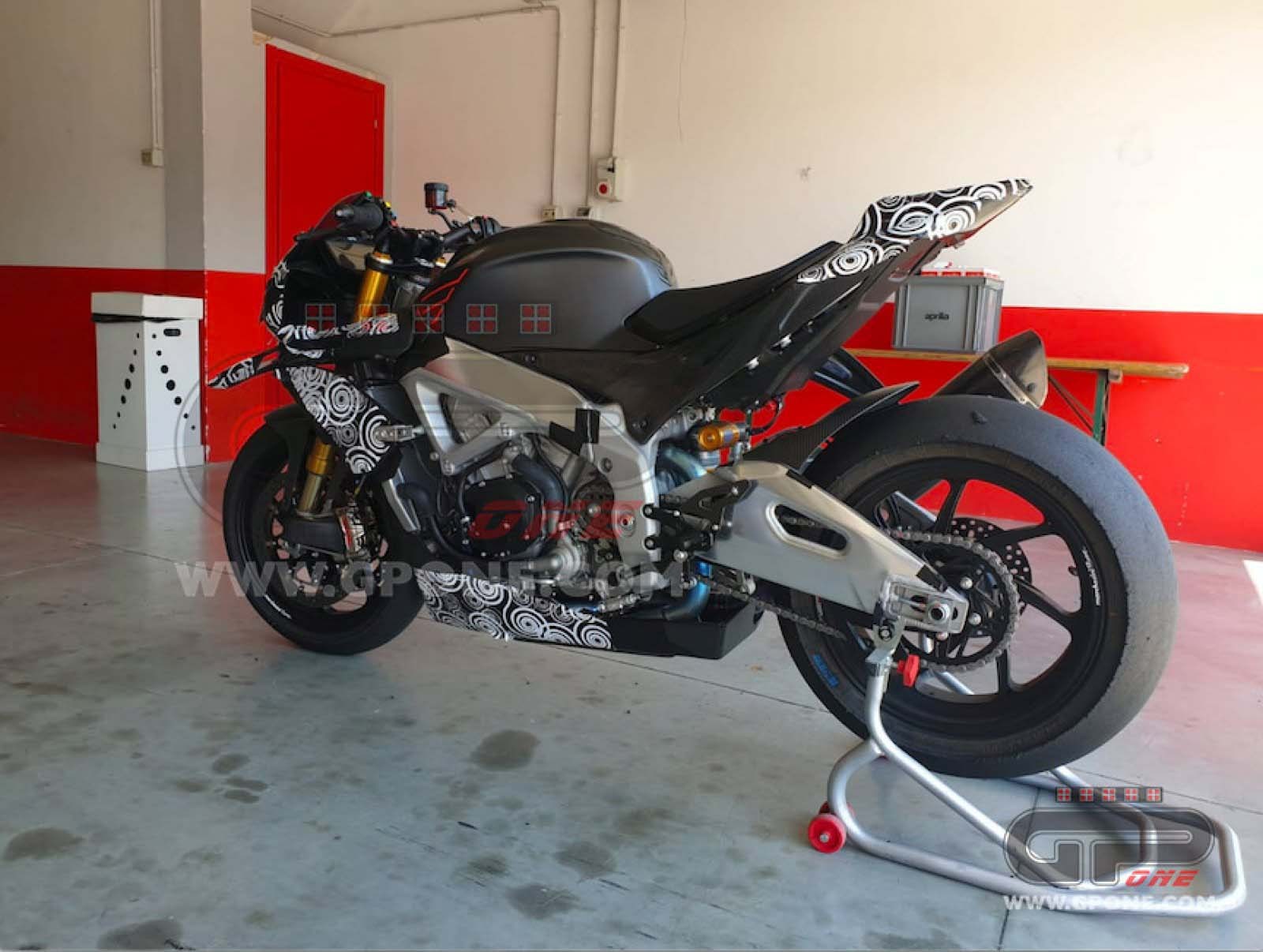 GPone speculates this Tuono could most likely be a naked version of the track only 215hp RSV4-X developed by Aprilia Racing department. Aside from this, looking at the carbon fibre parts and the obvious lack of headlamps and turn signals, we also wonder if this bike would make it out as a street-legal machine.

However, if this naked Tuono does make it out as street-legal bike; we think Aprilia would update the design of the RSV4 too for next year to match. Well, to know the full story on whether this bike would be street-legal or not, we just have to wait for Aprilia to get closer to the launch.

What do you think? Is this going to be a street-legal machine or not? Tell us what you think!