Challenging race for the duo ahead in the rain-filled Le Mans track. 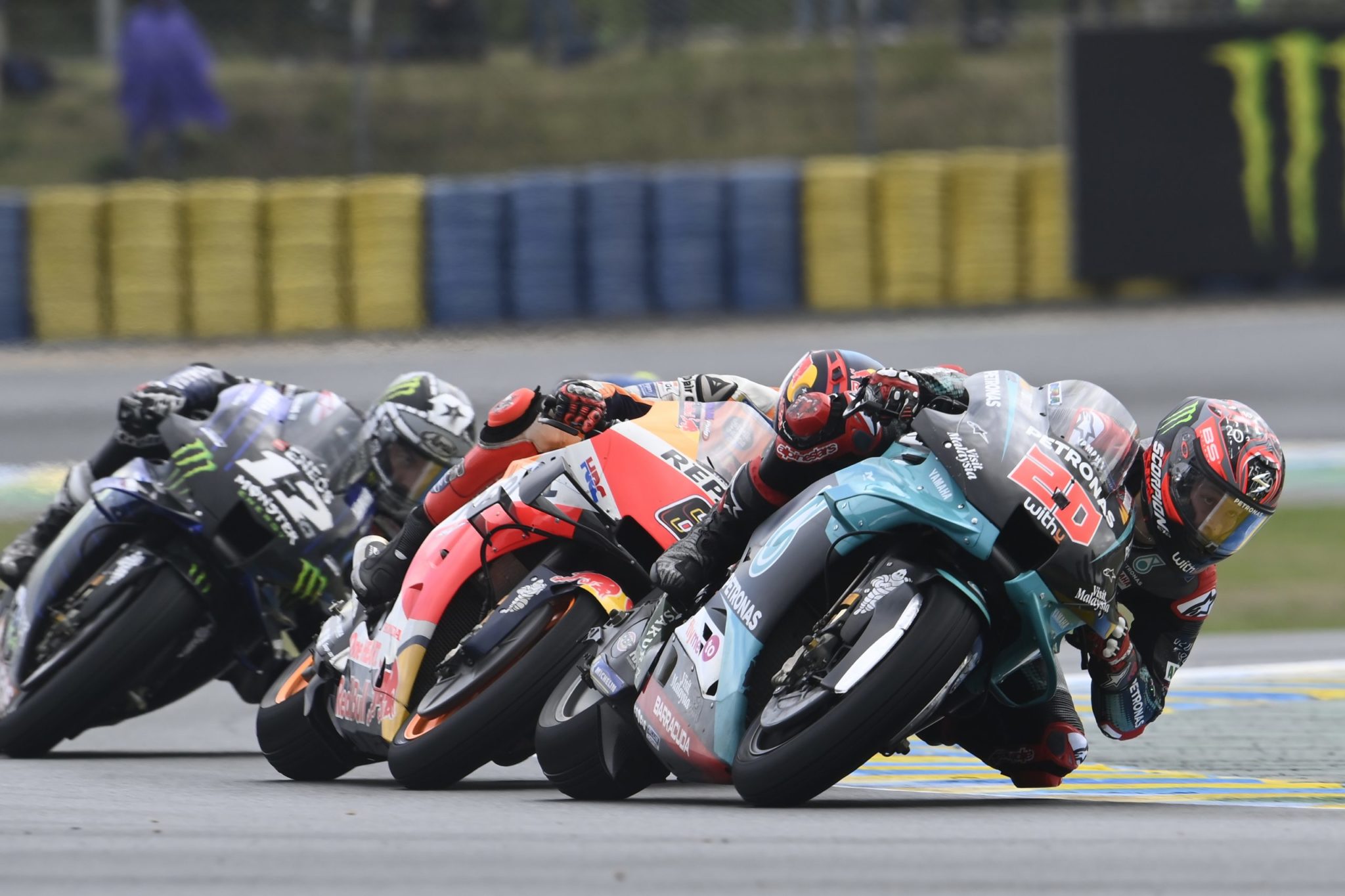 The Grand Prix de France has closed its veil with Danilo Petrucci from Ducati Team claiming the team’s maiden Le Mans victory. Other teams and riders have endured the treacherous rain-filled journey with ease and some, not so. With rain delaying the start and mixed conditions during the 26 laps, PETRONAS Yamaha SRT’s Fabio Quartararo finished in ninth place in his home race despite the struggle. Teammate Franco Morbidelli, on the other hand, was forced to retire after a Turn 4 crash on lap 19.

Quartararo had a rough start and found himself dropping through the field to fourth in the opening corners. The Frenchman still managed to keep his head and rode to his level best in the challenging wet tracks. Ensuring no mistakes were made in the final stages of his home GP, Quartararo crossed the line ninth and increased his championship lead to ten points.

Team-mate Morbidelli didn’t have the best opening lap. It was hampered by having to avoid another rider’s crash in the first corner. This left the Italian 17th at the end of the first lap. He then slipped down to 19th as the rain started to fall again. Unfortunately, a Turn 4 crash on lap 19 brought the French GP to an early conclusion for Morbidelli, who was forced to retire after due to a mechanical problem.

A restless week for PETRONAS Yamaha SRT sees the team proceeding to the next paddock in Spain to prepare for the Gran Premio de Aragón in 16 to18 October.

That was unexpected; it was more about damage control for Fabio today. He is still leading the championship, increasing the gap to ten points. It was the best we could do today in very tricky conditions. When it is like this I think the best thing the riders can do is to stay on the bike and do the best they can.

Unfortunately, Franco had to retire with some mechanical problems after a crash. We go to Aragon still leading both the riders’ and teams’ championships. Although we know that the two races there are going to be even tougher for us, we will be fighting every lap.

We were all on the grid about to start the race and then it started raining, which was disappointing. We knew dry conditions would have been better for us. It was a hard race but I’m happy because we never gave up fighting; on the last lap when Joan [Mir] overtook me I was able to get straight back past him. It was important to score as many points as possible and actually, we were able to extend our lead slightly. We will see what will happen in Aragón but I’m really pleased with my first race in these tricky conditions. Being on pole position at home with the fans was really special, there were only 5,000 of them here but they really helped me.

I had a good start but unfortunately, I was caught up in the incident with Valentino [Rossi], which lost me a lot of positions. From then on it was a really hard race, I had to take it step-by-step and find my rhythm. In the last ten laps when I decided to push a little bit more, to try to catch the group in front. I made a mistake in Turn 4 and lost the front end. It’s a shame because I think eighth or ninth position could have been possible. But the mistake was my fault and I haven’t scored any points. Apart from this mistake, it has been a positive weekend. I was super fast, especially this morning. Now we need to take this speed to Aragón.