Here is everything you need to know about one of the short-lived variants of the Honda Super Cub, the Honda Port Cub C240 aka Light Cub. 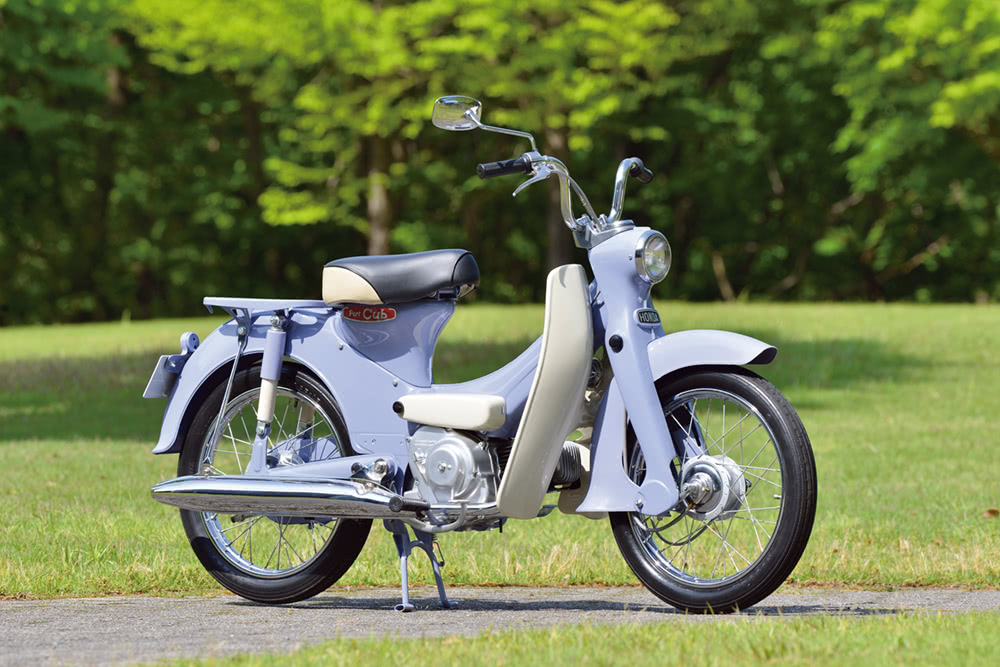 In case you missed last week’s episode, motorbike’s weekly iM Cubaholic series covers everything about the iconic Honda Cubs. The Cub is one of the most important bikes in both the motorcycle and Honda’s history.  Honda changed the way people look at riding motorcycles with the introduction of the Super cub and the ad campaign “You meet the nicest people on a Honda” back in the 1950s. Since then, Honda has sold over 100 million Cubs with a large Cub lineup/variants where some models are barely known.  In this series, we cover everything from both known and unknown Cub models to their; history, specs, features and many more.  Are you a Cub addict? well, this is something you wouldn’t want to miss! 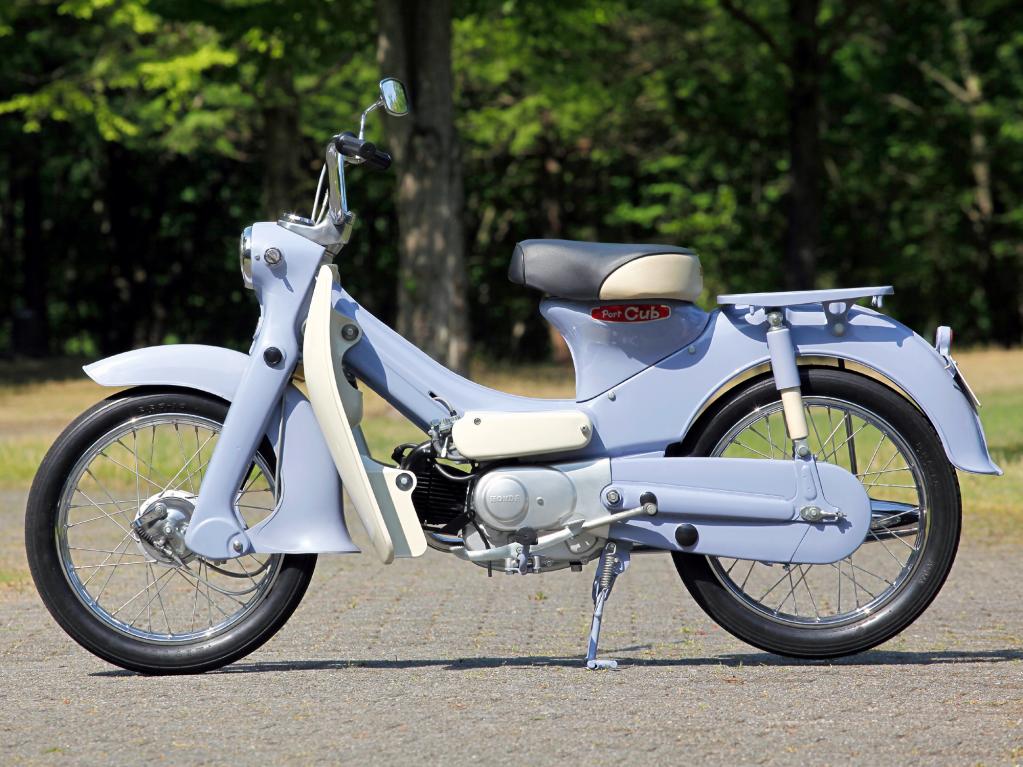 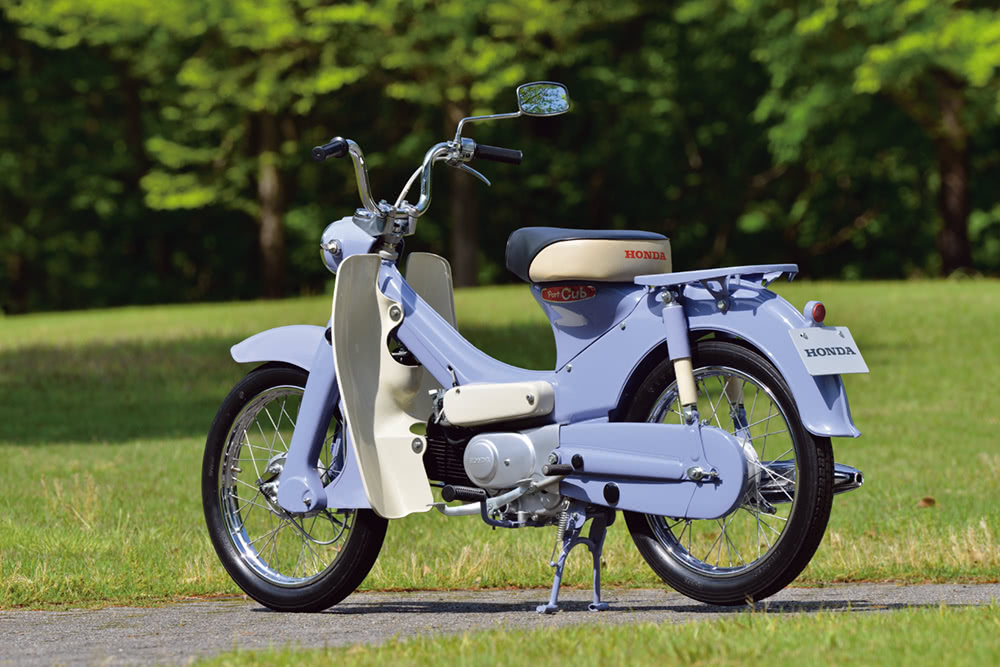 Honda added the word “Port” in the name as the idea of this model was to “blend into all ports around the world.” (Direct translation from Japanese)

You can tell by the name and the looks Honda somewhat had the foreign markets in mind. In fact, the C240 was initially developed for the European market, however, it was also sold locally in Japan targeting females users and users who use bicycles for commute. 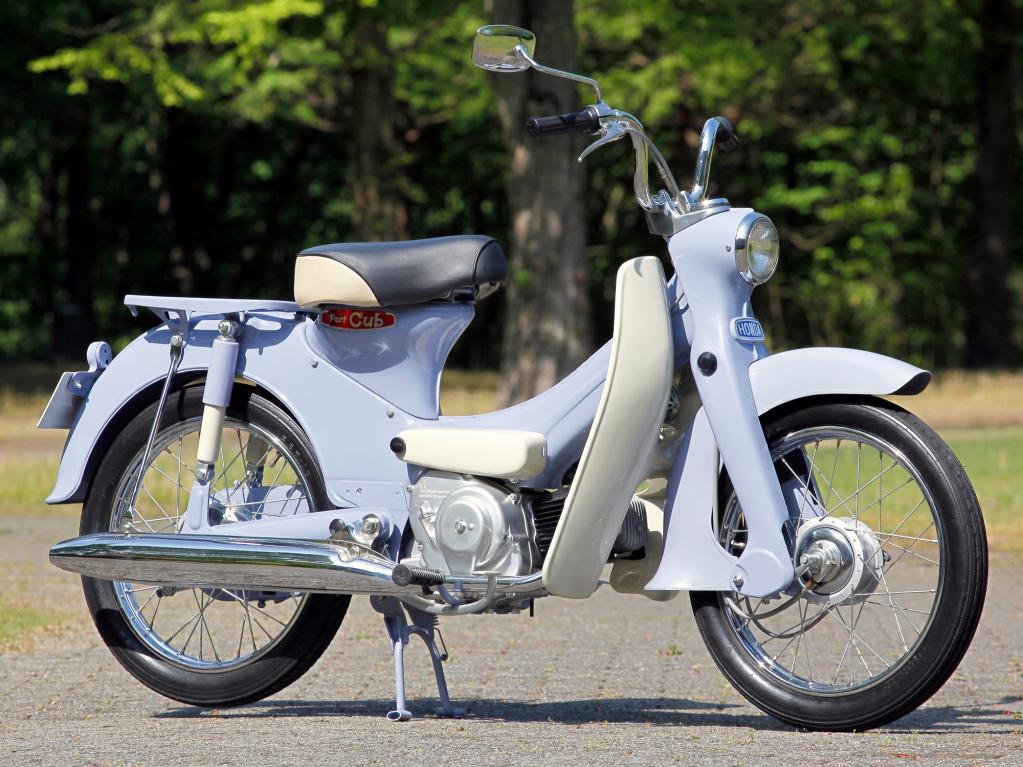 Diving deep into the details of the Port Cub, the C240 featured a newly developed steel press frame. The overall design of the frame and the exterior of C240 were simpler than the Super Cub C100. For example, the Port Cub’s leg shield, fender and headlamp cawl designs were sleeker and subtle compared to that of the Super Cub. 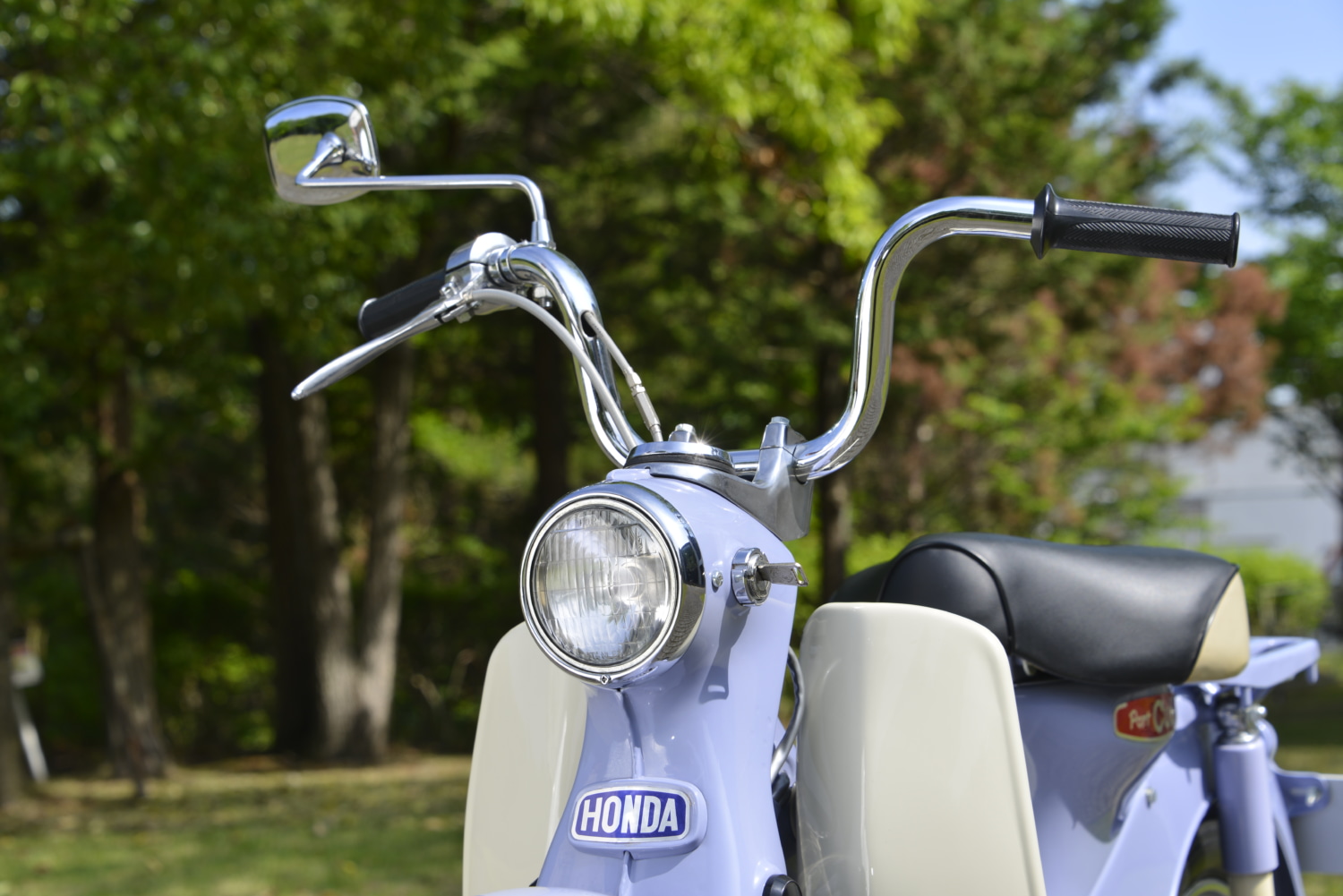 The unique high up pipe handlebar, single side mirror and the pop up round meter up front are something that’s unique to the C240.  Additionally, back in 1962, turn signals and tail lamps weren’t a requirement, therefore, the C240 came off the production line with rear reflectors instead of a tail lamp and without turn signals. – Why complicate things, right? 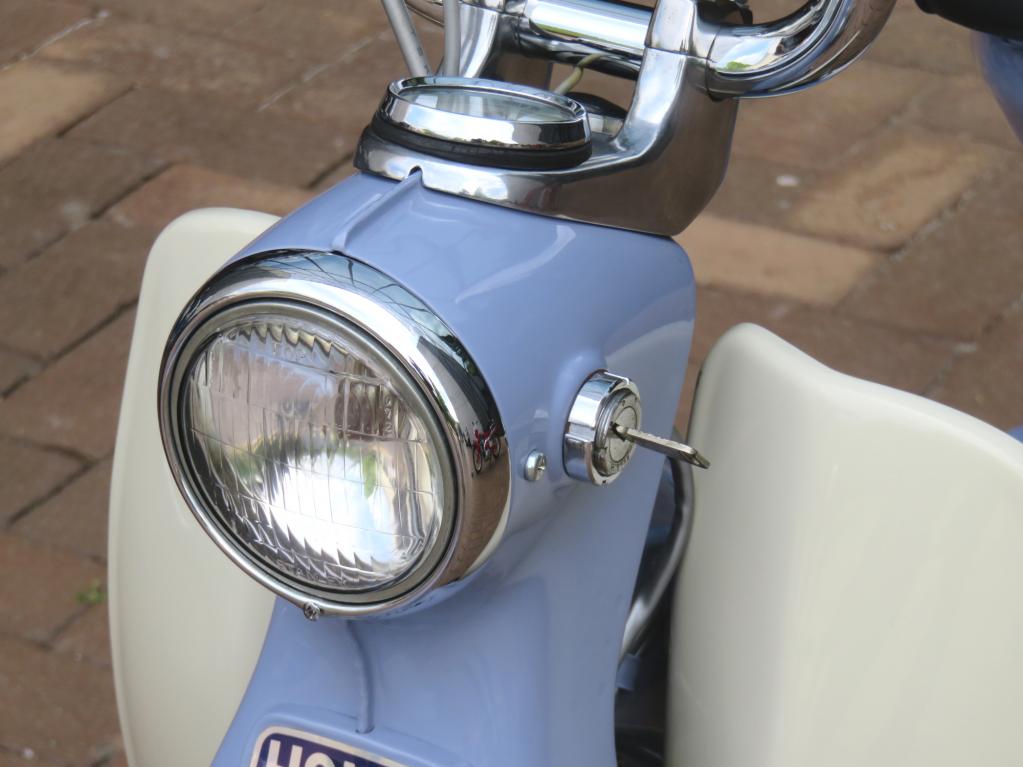 Headlamp cowl with ignition switch on the side – No turn signals 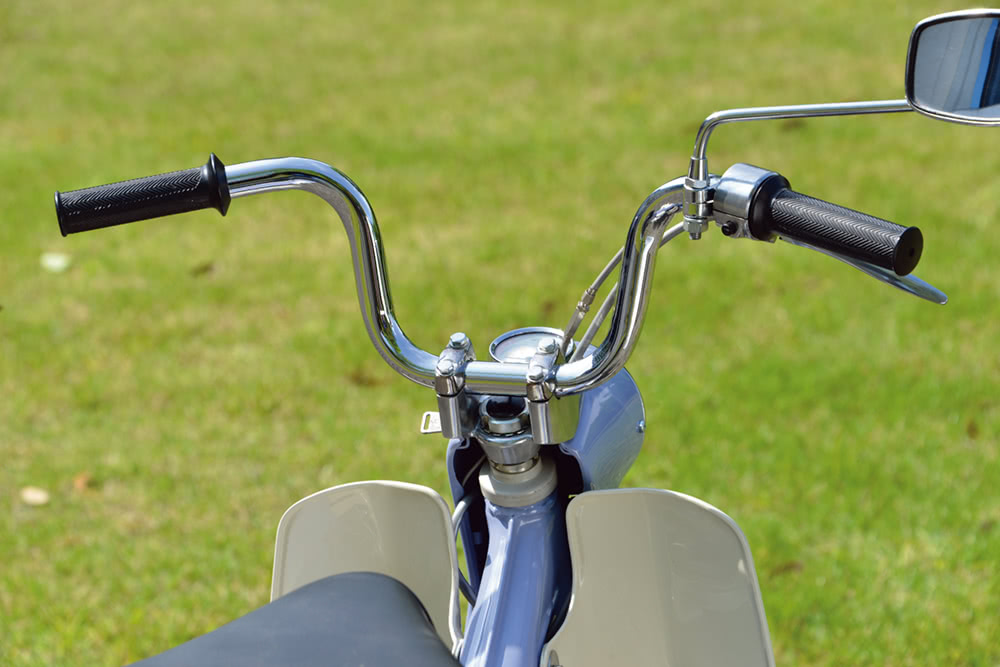 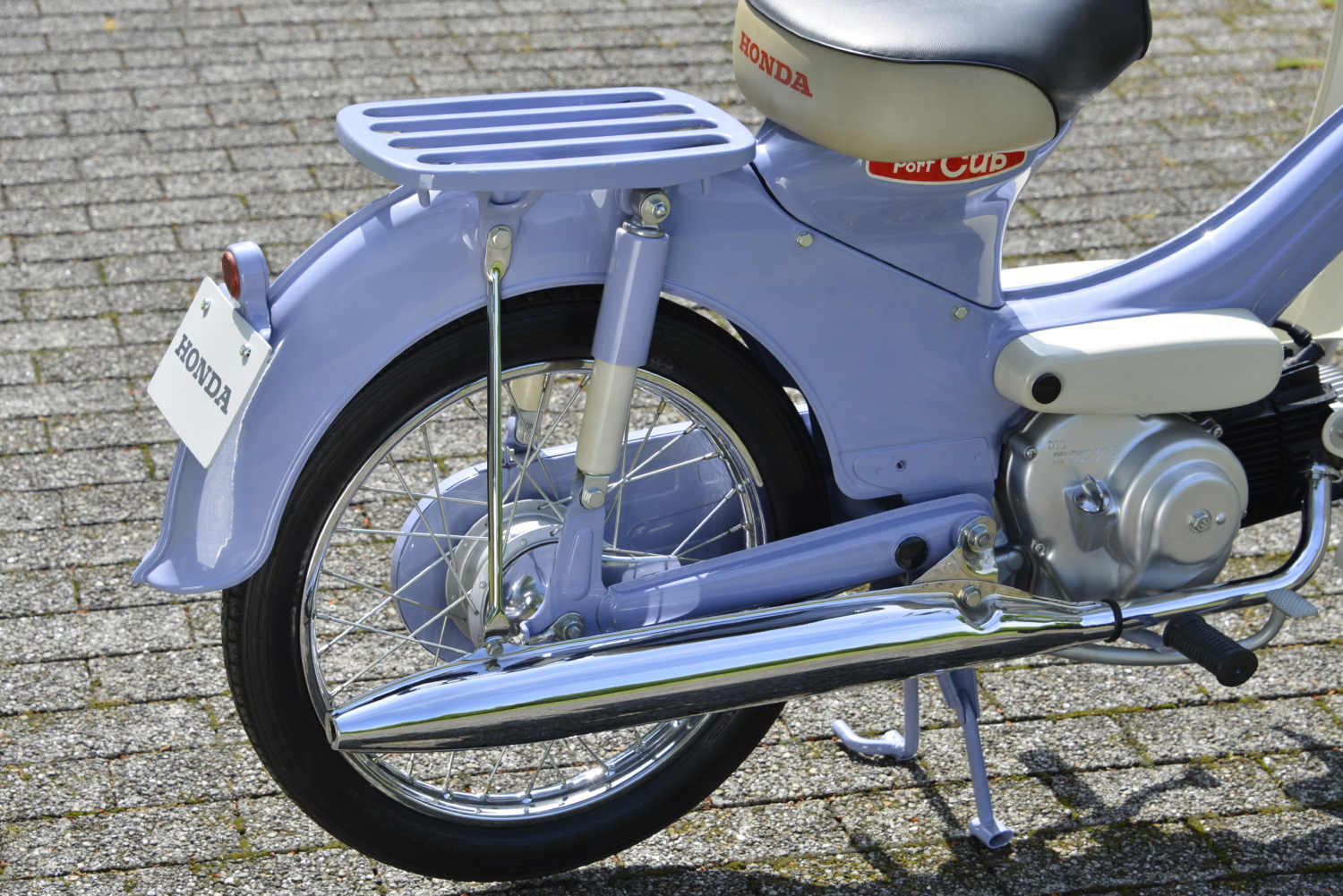 As for the wheels Honda added in a set of 15-inch wheels instead of the 17-inch wheels for the ease of handling and riding. We think this gives the C240 a little bit of the “Little Cub” vibe. 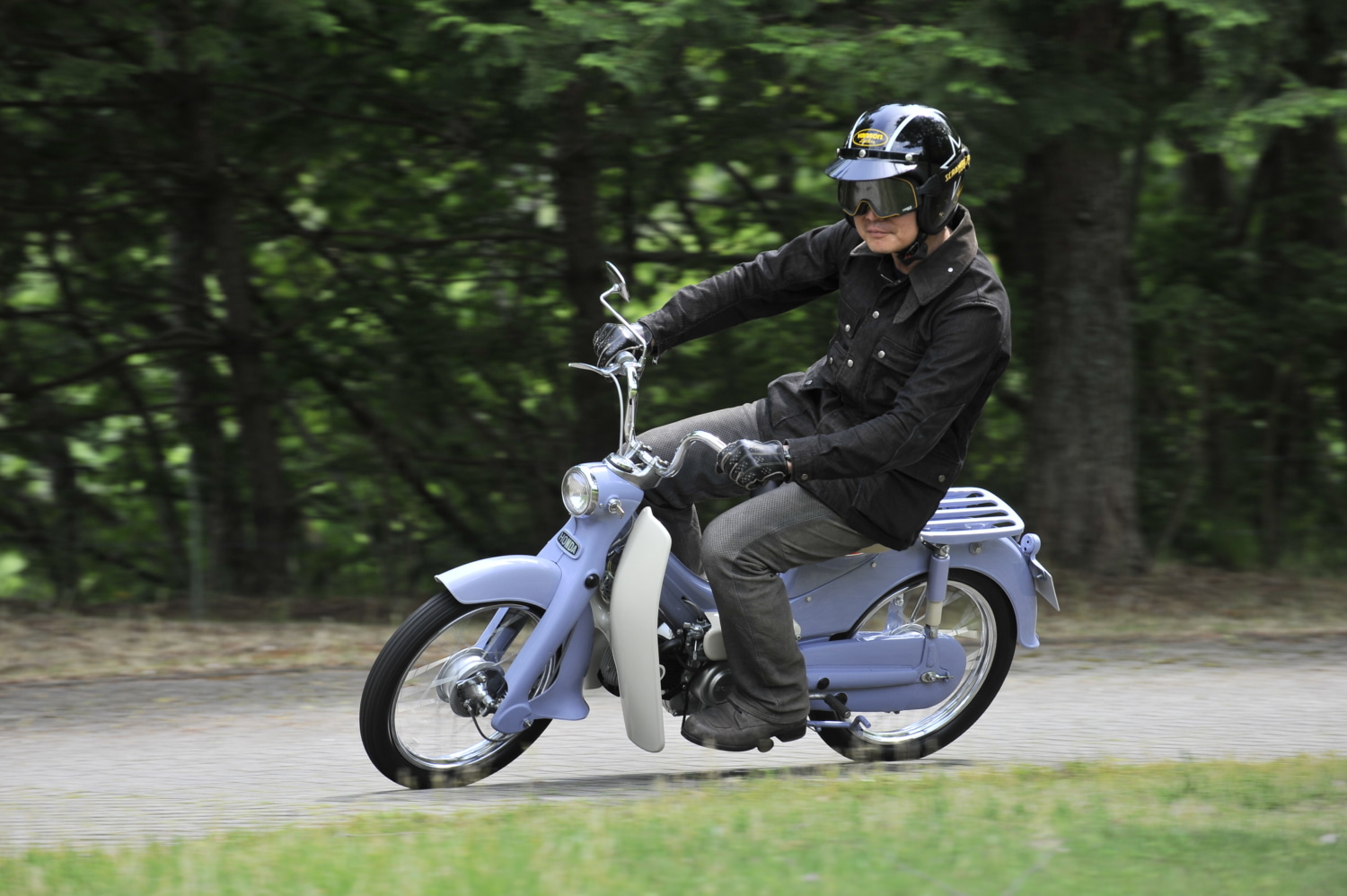 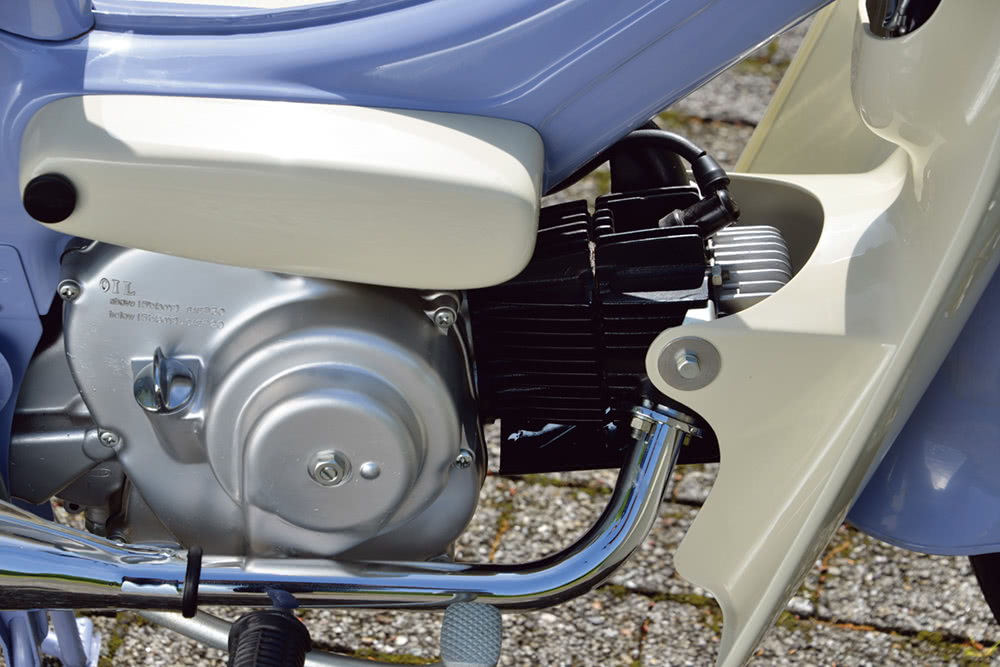 In the case of the engine, the Port Cub came with the same 49cc air-cooled 4-stroke OHV single-cylinder engine found on the Super Cub C100. Mated to a 2-speed transmission the C240 was capable of pushing 2.26 hp @ 5,700rpm and attaining a maximum speed of 50 km/h (with speed limiter). 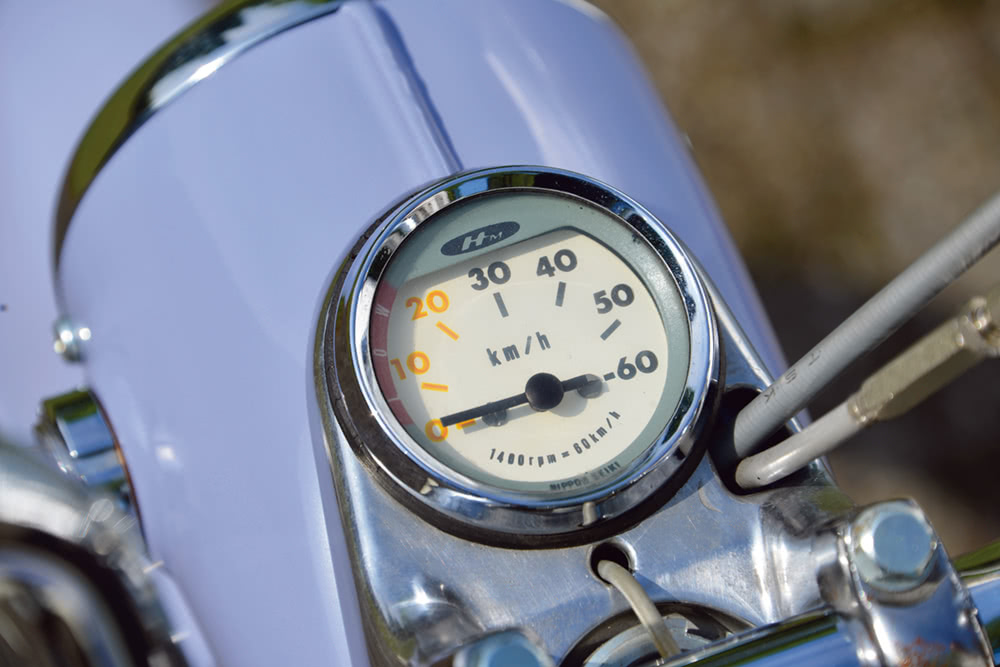 Overall, from the engine to the handlebar and the downsized tires; Honda purposely spec’d the Port Cub to make it friendly among beginners and women while keeping the cost in check. Did you know Honda moved the kick starter [non-foldable type] to the left side so that women can easily start it?

Non-foldable kick starter on the left

Sadly, Due to sluggish sales, Honda halted the production of the C240 Port Cub after two years in 1964.  Fast-forwarding to 2020, the Honda C240 Port Cub is one of the rarest classics from the Cub family and is a gem as among collectors.

Ducati Presents the New V4 Granturismo Engine – 170hp, No Desmo
Triumph Trident to be revealed on the 30th of October 2020!