Repsol Honda Team geared up for Teruel GP this weekend

Repsol Honda Team geared up for Teruel GP this weekend

Next stop, Teruel Grand Prix! Repsol Honda Team is as ready as ever to tackle this weekend’s race. 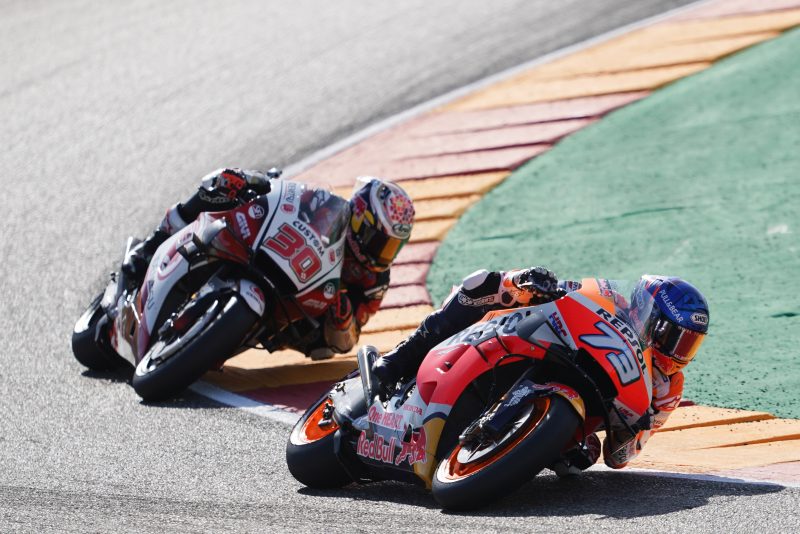 After a stellar weekend in Aragon with Alex Marquez claiming a podium victory, Repsol Honda Team is ready to tackle the Teruel GP. For the fourth time of 2020, the MotoGP World Championship returns to the same circuit for back-to-back races. Forecasts are predicting warmer conditions for the Teruel GP, and with a week of data already collected, times are looking set to tumble.

Riders Alex Marquez and Stefan Bradl will be heading eyeing for major improvements this time. Alex Marquez returns to the scene of his strongest premier class weekend to date, running in the top ten throughout practice, achieving his best grid position and battling for a debut win. Momentum from a series of strong races has continued to build for the MotoGP rookie who now sits 12th in the overall standings with 67 points. Alex is also the joint leader of the Rookie of the Year championship alongside Brad Binder, their battle for debutant honours looking set to rage until the end of the year.

The Teruel GP will be Stefan Bradl’s eighth race with the Repsol Honda Team. So far achieving the best result of eighth at the French GP, the HRC Test Rider has been working on geometry changes to the RC213V and feels a breakthrough is close.

Sunday’s MotoGP race is scheduled to start at 13:00 Local Time, after the Moto3 race. Like the Aragon GP, it will be contested over 23 laps. The weekend also presents Honda with the opportunity to take a record-breaking 800th Grand Prix victory in either the Moto3 or MotoGP race. 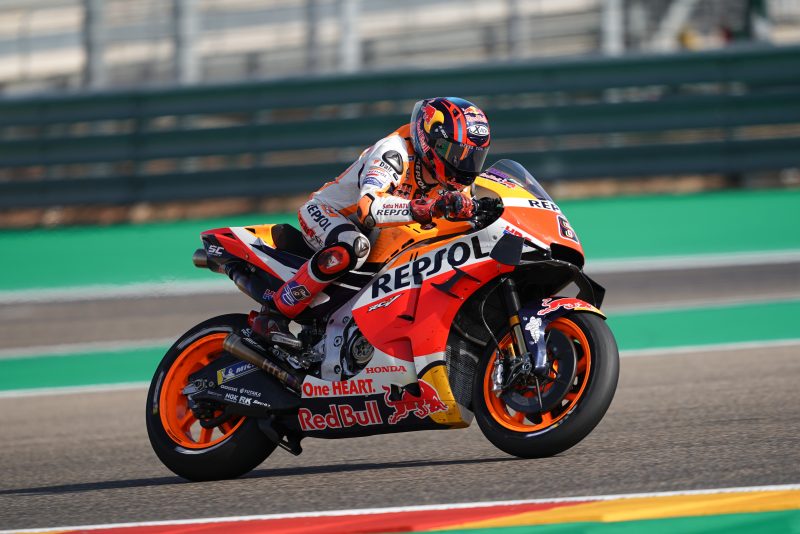 “I’m looking forward to riding again at Aragon after a strong weekend last time. We will really need to work hard to keep at the front because I think many other riders will be able to make a step, like I have done in the past, in the second race. The goal remains the same: to work on our plan and try to make another step in qualifying. We have now been able to get into Q2 but there’s still work to do. If we can continue in the way we have been going these past races I will be very happy.” 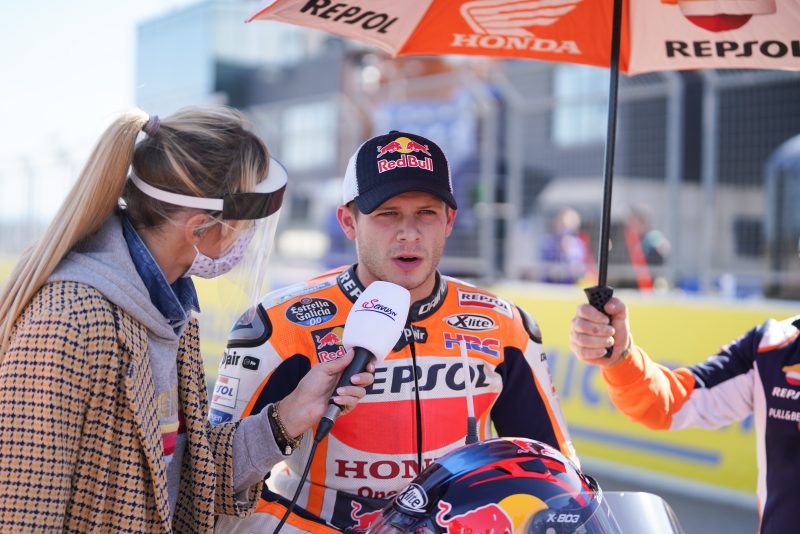 “Towards the end of the weekend last week we began to feel more comfortable with the new setting of the bike, continuing in this direction is the goal for this second weekend at MotorLand. The Honda is working really well here and there’s a lot of potentials, I’m really motivated to come back and keep working hard with the Repsol Honda Team to fight for points and further forward. Hopefully, it isn’t as cold this week!”