Top 10: Most Expensive Production Motorcycles You Can Buy Today!

Top 10: Most Expensive Production Motorcycles You Can Buy Today!

It’s about Money, again folks. Here is a list of the top 10 most expensive production motorcycles that you can buy in 2020! 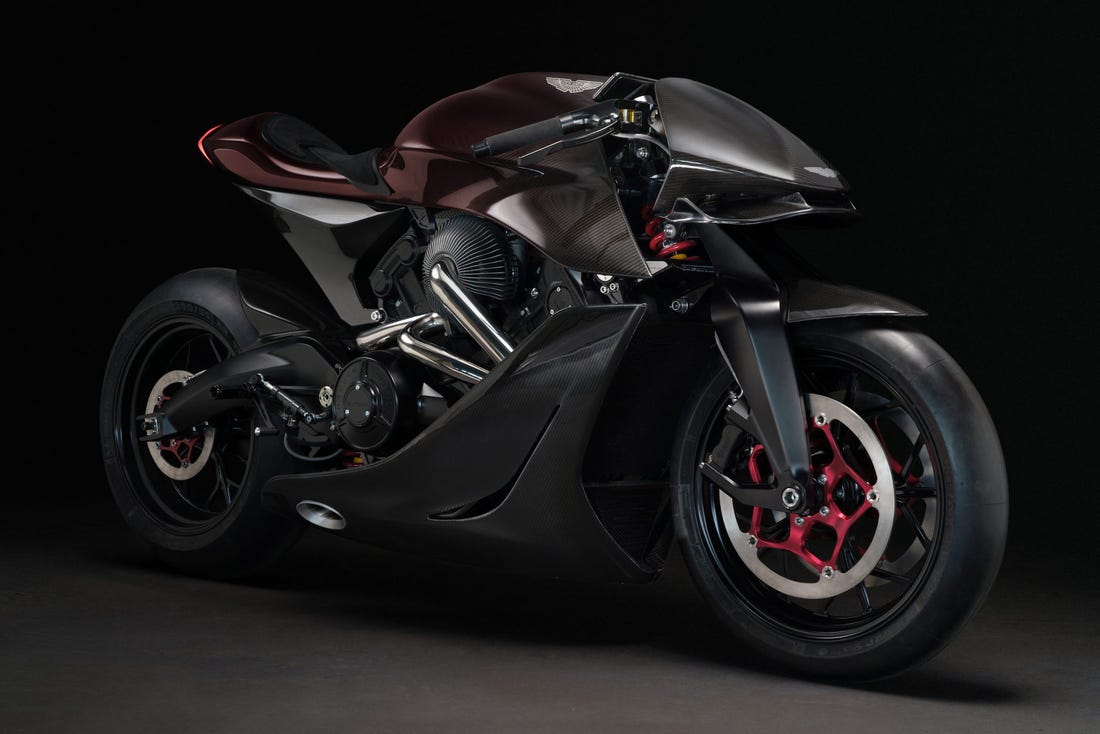 As an avid fan of motorcycles, we sometimes wonder what’s the best motorcycle money can buy. Well, to answer the question here is a list of the top 10 most expensive production motorcycle on the planet that you can buy in 2020!

Please include attribution to imotorbike.my with this graphic. The Rush 1000 from the Italian Motorcycle manufacturer, MV Agusta is a limited-edition model with only 300 units available worldwide. Powered by a 998cc inline-four engine, the MV Agusta Rush 1000 pushes 208hp at 13,000 rpm and 116 Nm of peak torque at 11,000 rpm. Thanks to extensive use of carbon fibre material, the Rush 100 weighs just 186 kg. Although the Rush 1000 falls under the naked bike segment, it can hit a top speed of more than 300 km/h! This is because the powertrain, chassis and the electronic package which have been carried forward from technology used in Formula1 and MotoGP. 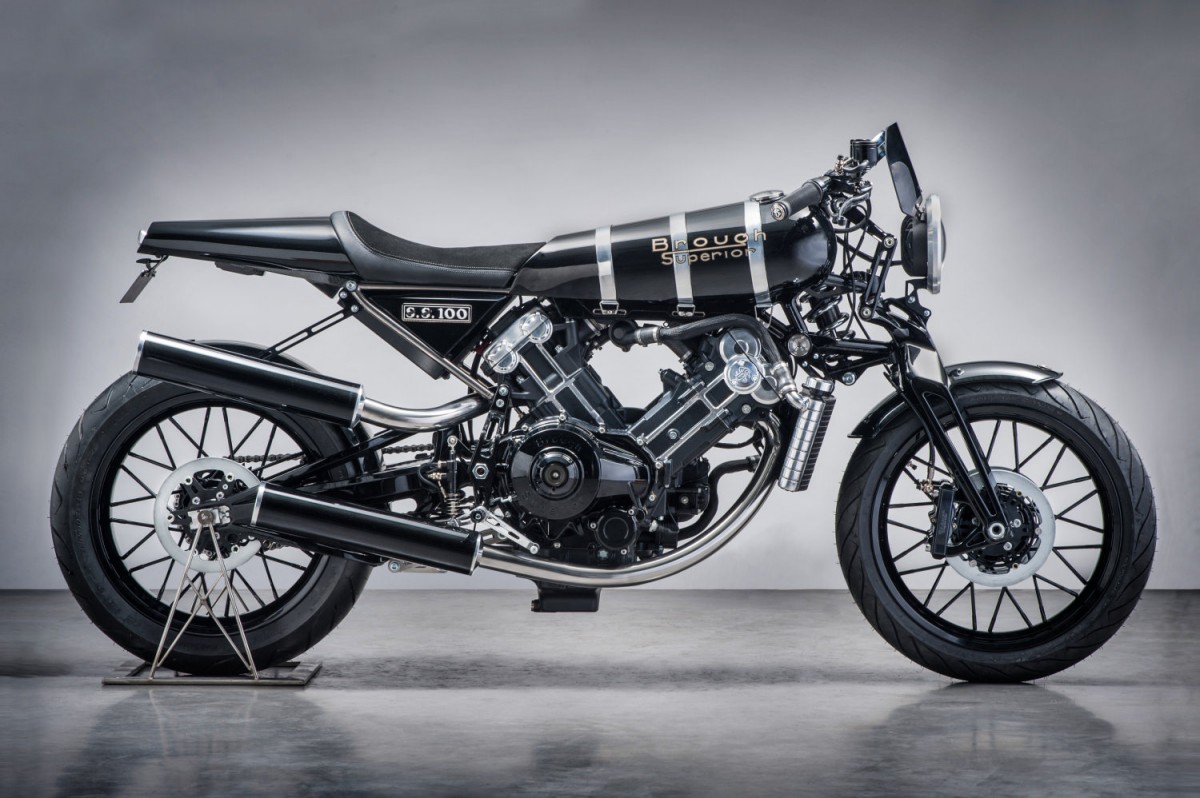 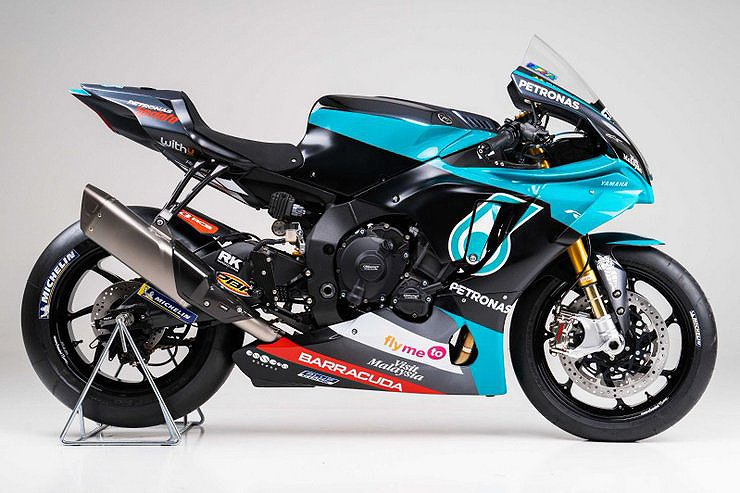 Commissioned by YART and supported by Yamaha Motor Europe and PETRONAS Yamaha Sepang Racing Team, the replica is built to commemorate the 46th anniversary of the team’s title sponsor, PETRONAS. Limited to just 46 units worldwide, the Yamaha YZF-R1 Petronas MotoGP Replica comes covered in Petronas Yamaha SRT livery which makes it very much close to the actual Yamaha YZF-M1 race machines that the team uses in MotoGP. Built by Energica Motor Company, the all-electric Ego 45 is one of the fastest electric bikes in the market that you can blow your money on. Pushing 145hp and 215 Nm of peak torque; the Energica Ego 45 can rocket you up to a top speed of 240 km/h. The Ego 45 that’s topping our list in 7th is a special version of the Ego released to celebrate the 45th anniversary of the parent company, CRP. 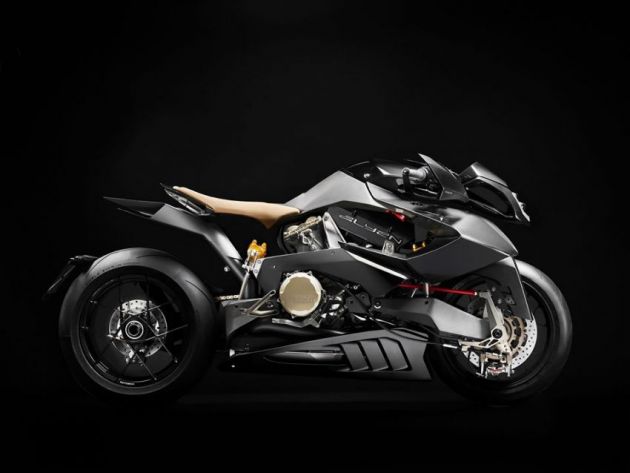 Manufactured by the Italian bespoke motorcycle manufacturer, Vyrus; the Alyen 988 uses a 1298cc L-Twin engine borrowed from the previous Ducati Panigale generation. Mated to a 6-speed gearbox, the Alyen 988 puts out 202 hp and a peak torque of 116 Nm. Packing an array of go-fast components, the Vyrus Alyen 988 has a claimed top speed of whopping 322 km/h! 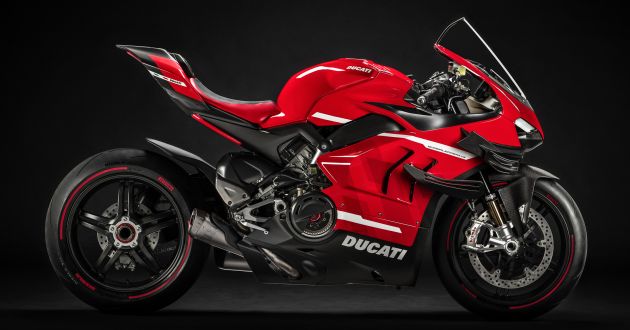 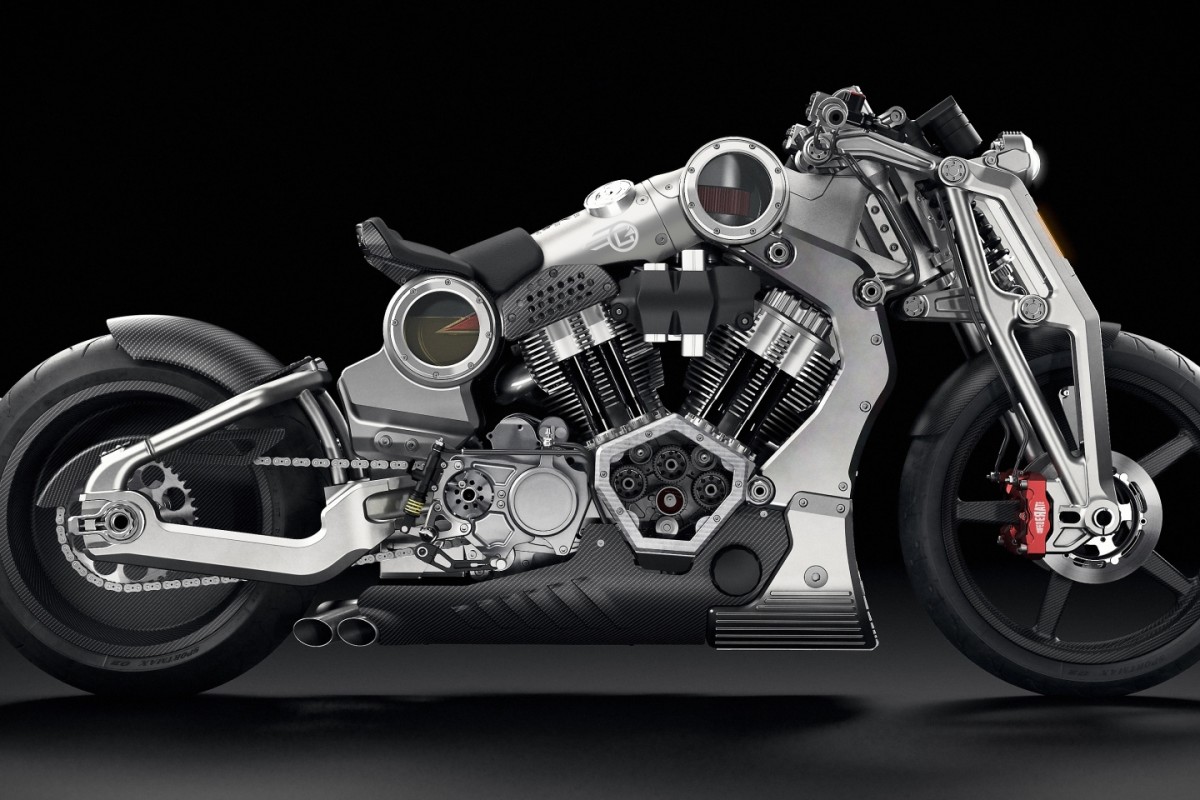 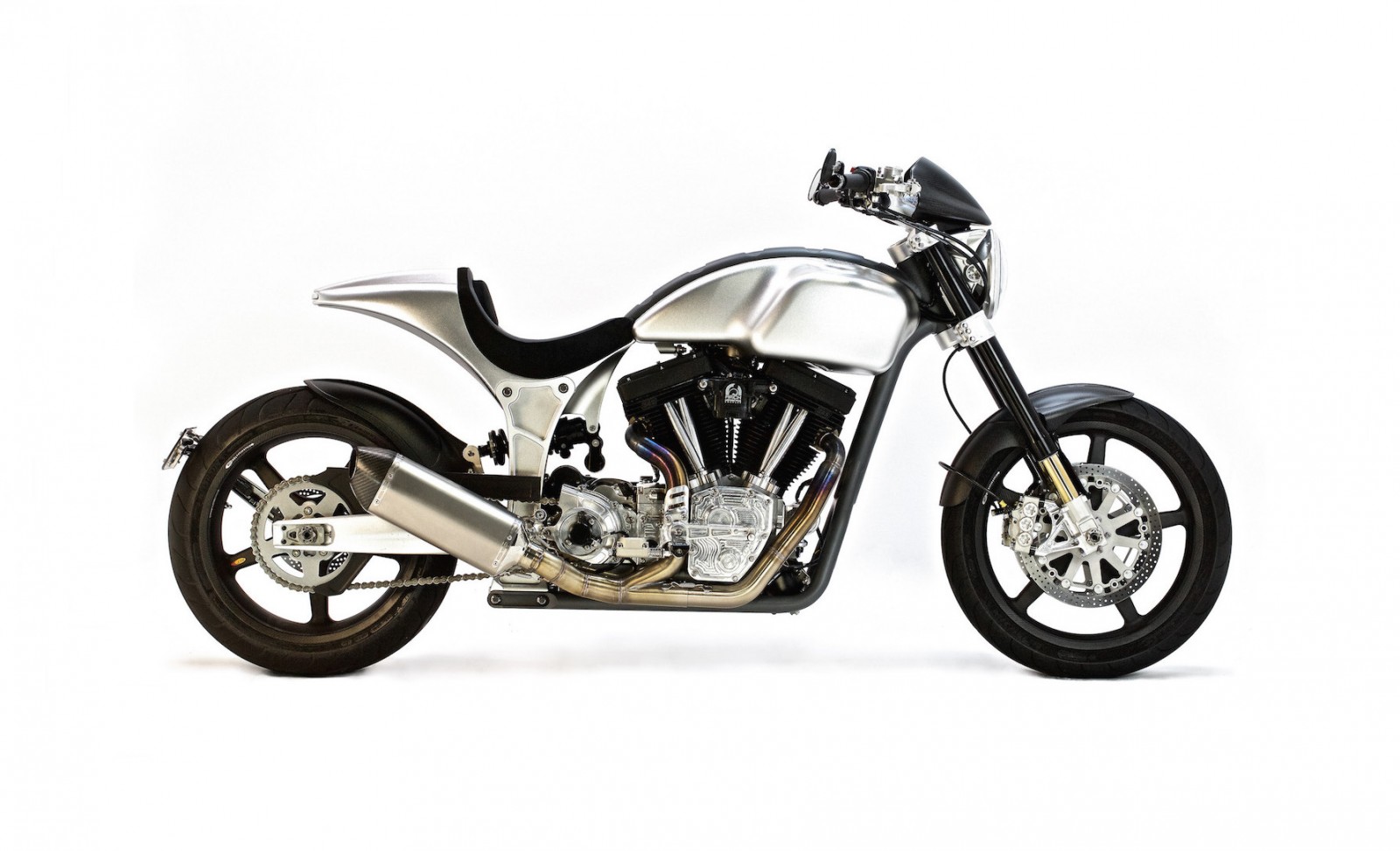 Founded by Keanu Reeves and Gard Hollinger in 2011; ARCH Motorcycle produces cruisers that are seen as the benchmark for cruisers worldwide. Closing in 3rd as one of the most expensive production motorcycles; ARCH KRGT-1 is a custom performance American cruiser that is tailored to suit the owner. Powered by a 2032cc S&S Cycle T124 45-degree downdraft fuel-injected V-Twin engine, the KRGT-1 pushes 94 hp and 156 Nm of peak torque. Rolling in with a top speed of 177 km/h, the KRGT-1 is ready to rip through the canyons anytime. 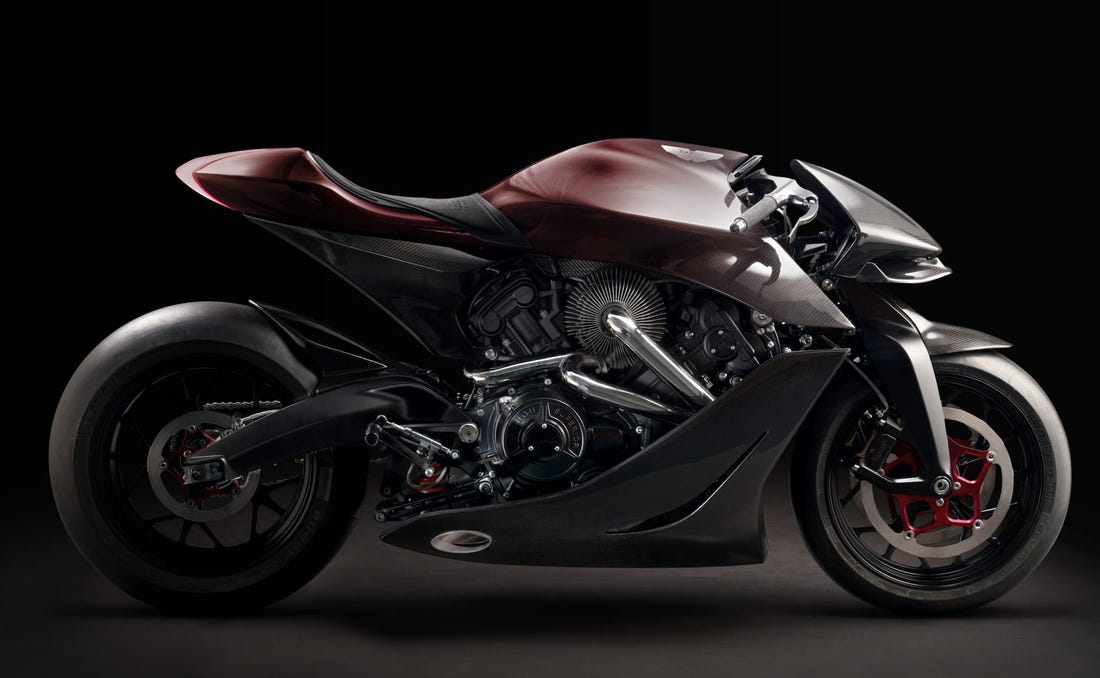 Built-in collaboration with Aston Martin and Brough Superior, the AMB-001 blends in Aston Martin’s design and state-of-the-art Brough Superior engineering. Powered by a turbocharged DOHC 997cc 8-Valve 88-degree V-twin engine. Mated to a 6-speed gearbox the AMB-001 puts out mean 180 hp. Thanks to extensive use of lightweight material all around the motorcycle; the AMB-001 weighs only 180 kg which gives it an astonishing power to wait to a ratio of 1 hp/kg. 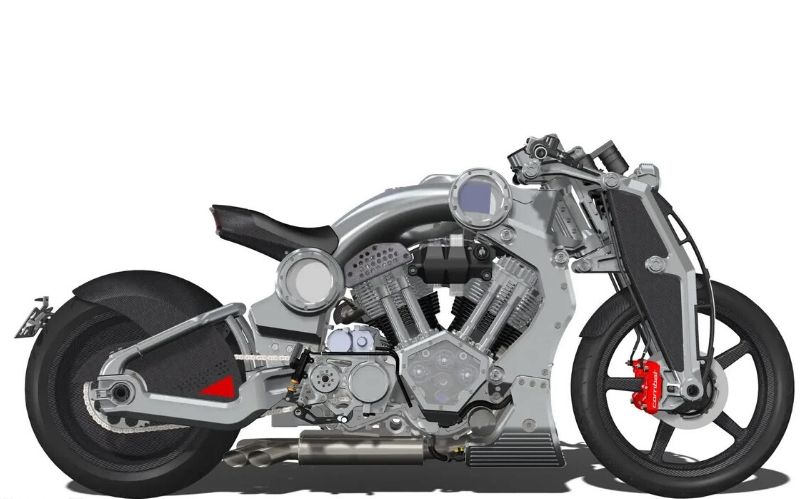 Topping our list as the most expensive production motorcycle of 2020, it’s another motorcycle from Combat Motors. It’s the Combat Motors’ Wraith. The Combat Wraith is also carved entirely from solid military-grade aluminium billet blocks like its predecessor P-51 Combat Fighter. Powered by a 2,163cc S&S X-Wedge 56-degree air-cooled V-twin engine, the Wraith puts out 145 bhp at 5,100 rpm and a peak torque of 217 Nm at 2,000 rpm. Aside from its terminator alike looks, the Wraith is capable of attaining a top speed of 257 km/h.

So we gave you the answer. So tell us, if you were to pick one of these bikes, which one would you pick?