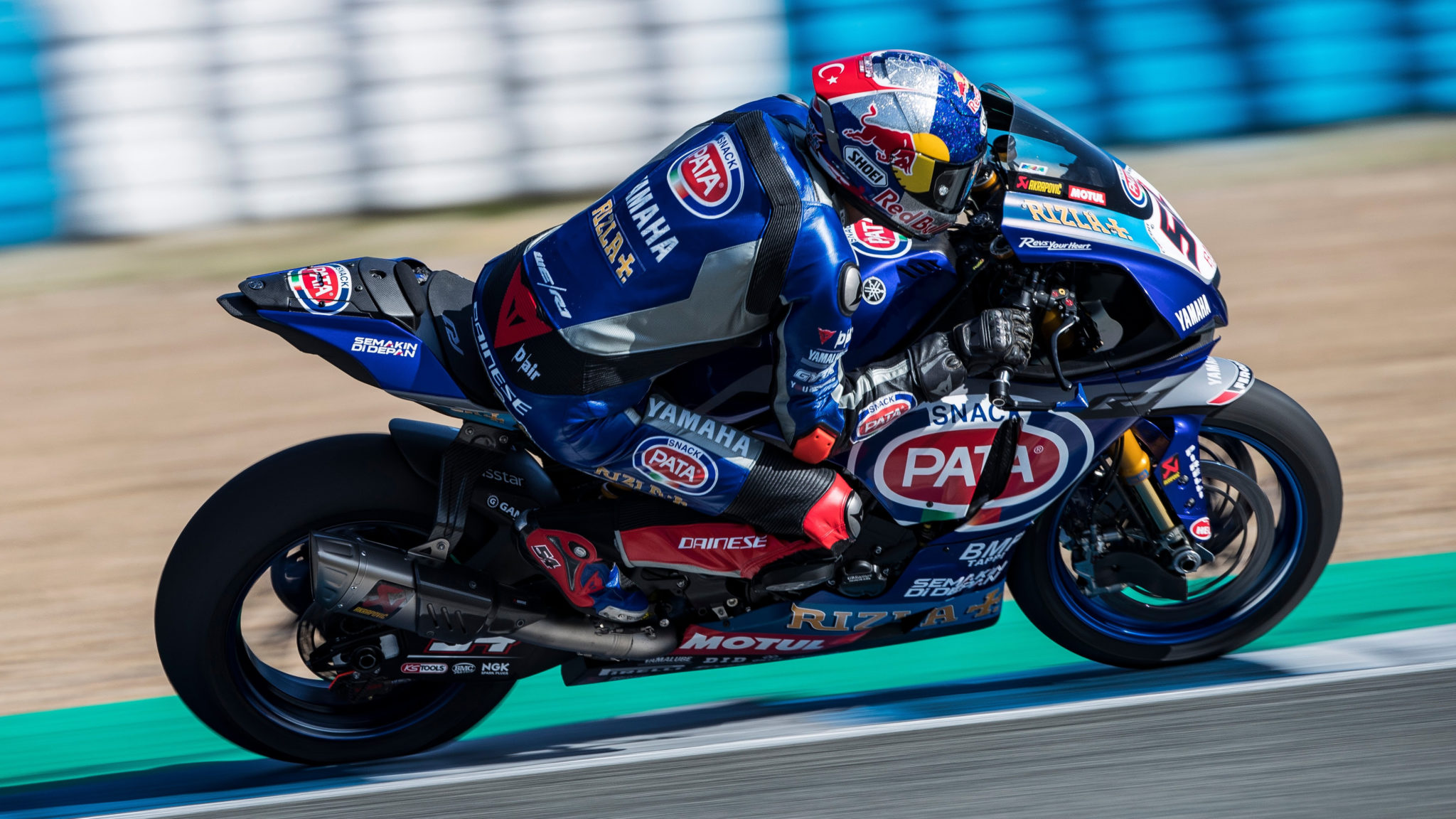 Pata Yamaha WorldSBK Official Team has begun their 2021 Superbike World Championship preparations in the post-season test at Jerez. The team has completed a significant amount of work in the span of their practice sessions. Toprak Razgatlıoğlu ended the test second fastest overall as Andrea Locatelli showed early promise in his Superbike career, quickly adapting to his Yamaha R1 across the two days.

“It was a very positive test for me. We tried many new parts. Both the team and I are really happy because we’ve got a good direction ahead of 2021. We worked mainly on the race tyre and have improved the rear grip a lot. I focused on fast and consistent lap times, the goal was to be in the low 1’40s and we managed to do that. I did a good lap time on the X tyre, which I was pleased with! We need to work on maximising the Q tyre and try some other set-ups before we get going next year.”

“It was a very exciting two days for me, the conditions herein Jerez this week were perfect. The feeling on the Yamaha R1 was really good and I’m beginning to understand the bike better and better. Every lap we improved over the two days, which is a good starting point as we look to the future. I’m very focused, there is still some work to do, but I’m really looking forward to being back on the Yamaha R1 again.”

“Most importantly, I think we can count ourselves lucky to be here with everything that’s going on in the world at the moment. On top of that, the weather’s been perfect. Yamaha did a great job bringing so many new development parts to evaluate for the 2021 season. The riders worked incredibly hard, with Toprak doing 173 laps and Andrea completing 162 over the two days.

In terms of the development work, most of that was focused on Toprak, given his experience both of WorldSBK and the Yamaha R1. He approached the test very positively and enjoyed this new responsibility! Andrea’s job was to gain more experience on the Yamaha R1 and to understand how to be fast and consistent. He took huge steps forward between day one and two. The engineers and crew chiefs have a huge amount of data and rider feedback to analyse, and these two days will put us in a stronger position for the future.