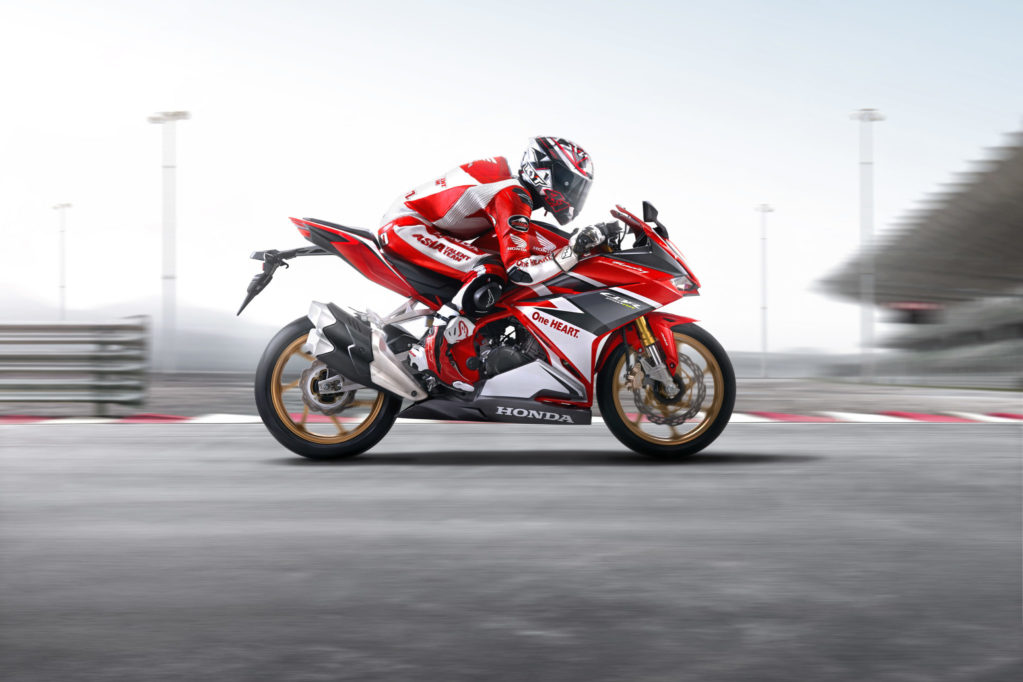 As reported earlier Boon Siew Honda officially launches the Honda CBR250RR in Malaysia.  The Honda CBR250RR was first publically introduced as a concept model in 2015 at the 44th Tokyo Motor Show. A year later, in 2016, the model made its global debut with an Indonesian launch.  5 years on, Honda has been introducing the model to other markets worldwide while updating the bike frequently over the years. One of the most prominent updates that the model received was in 2020 (in Japan). The 2020 Honda CBR250RR is one of the outstanding 250cc sports bikes currently available in the market.

In the case of Malaysia, the CBR250RR has been building a lot of anticipation since it’s global debut back in 2015. However, the good news broke out earlier in September 2020 when Boon Siew Honda first launched the Honda CBR250RR Race Support Programme. This hinted the arrival of the roadgoing Honda CBR250RR into our shores. Well, folks, now the wait is over. With Christmas closing in, Boon Siew Honda just introduced the all-new Honda CBR250RR in Malaysia today! 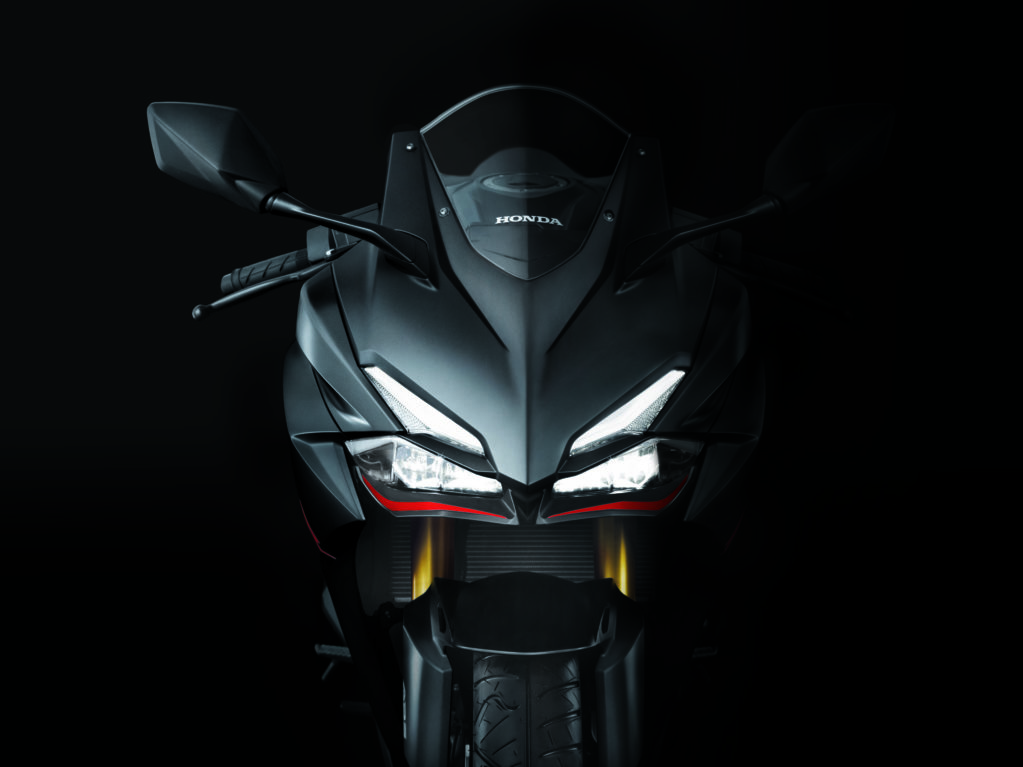 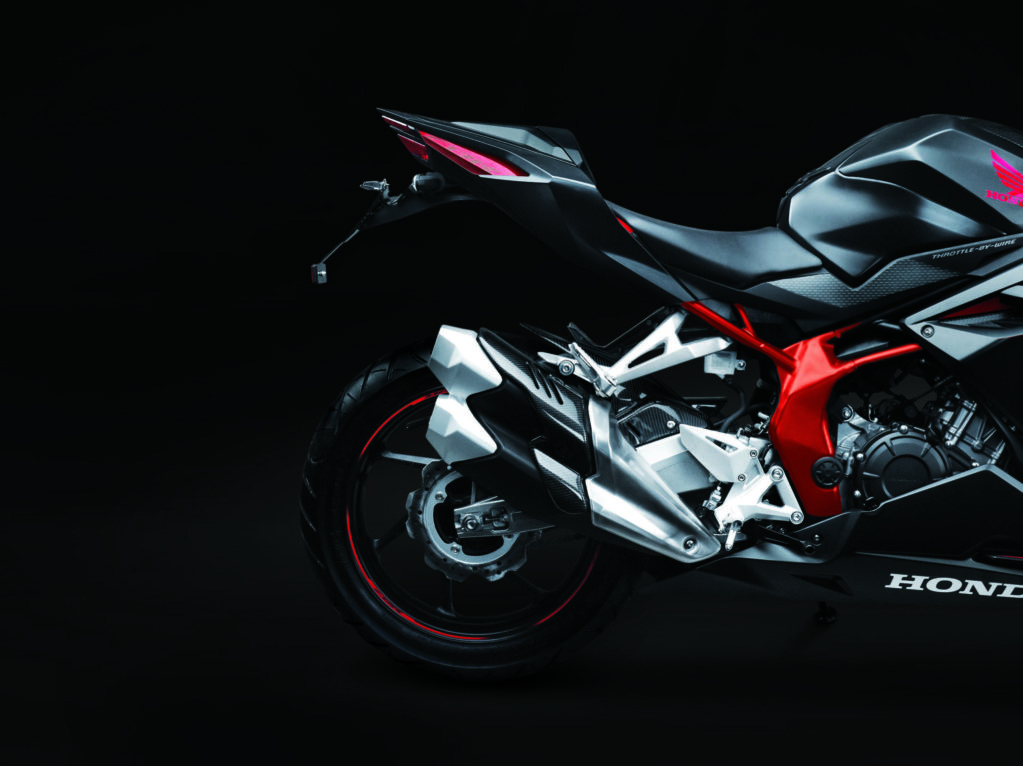 Speaking of the bike, the CBR250RR inherits CBR series’ sharp bodywork with dual-LED headlights upfront and a narrow tail section with integrated LED taillamps. Without a doubt, the CBR250RR is a stunner which wouldn’t fail to turn heads. 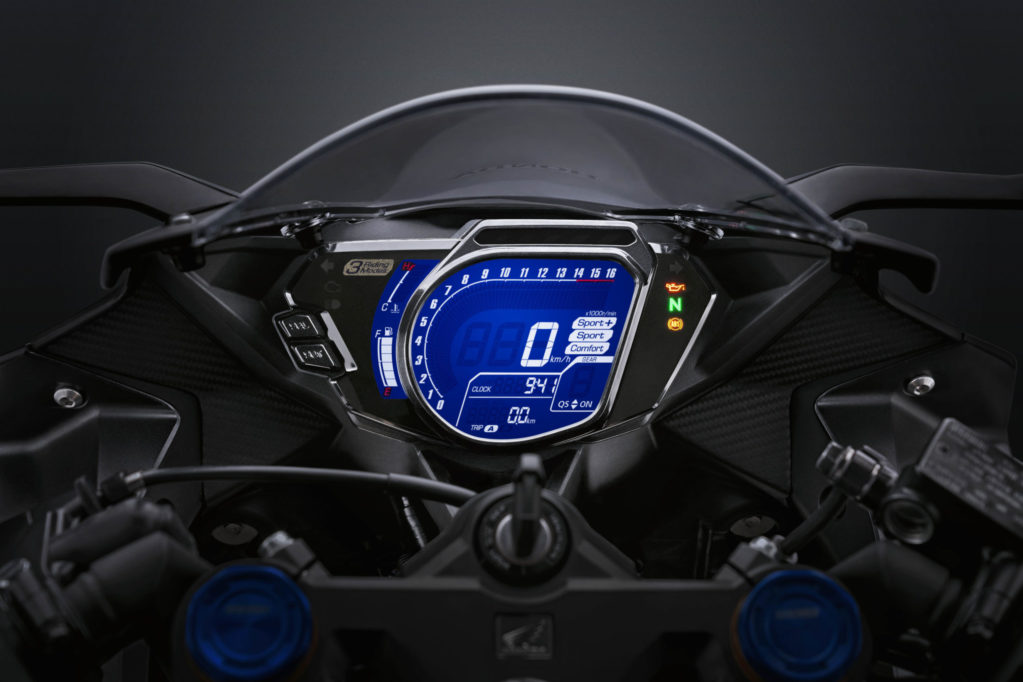 On the inside, the CBR250RR features a full LCD instrument cluster with an inbuilt lap timer as well. 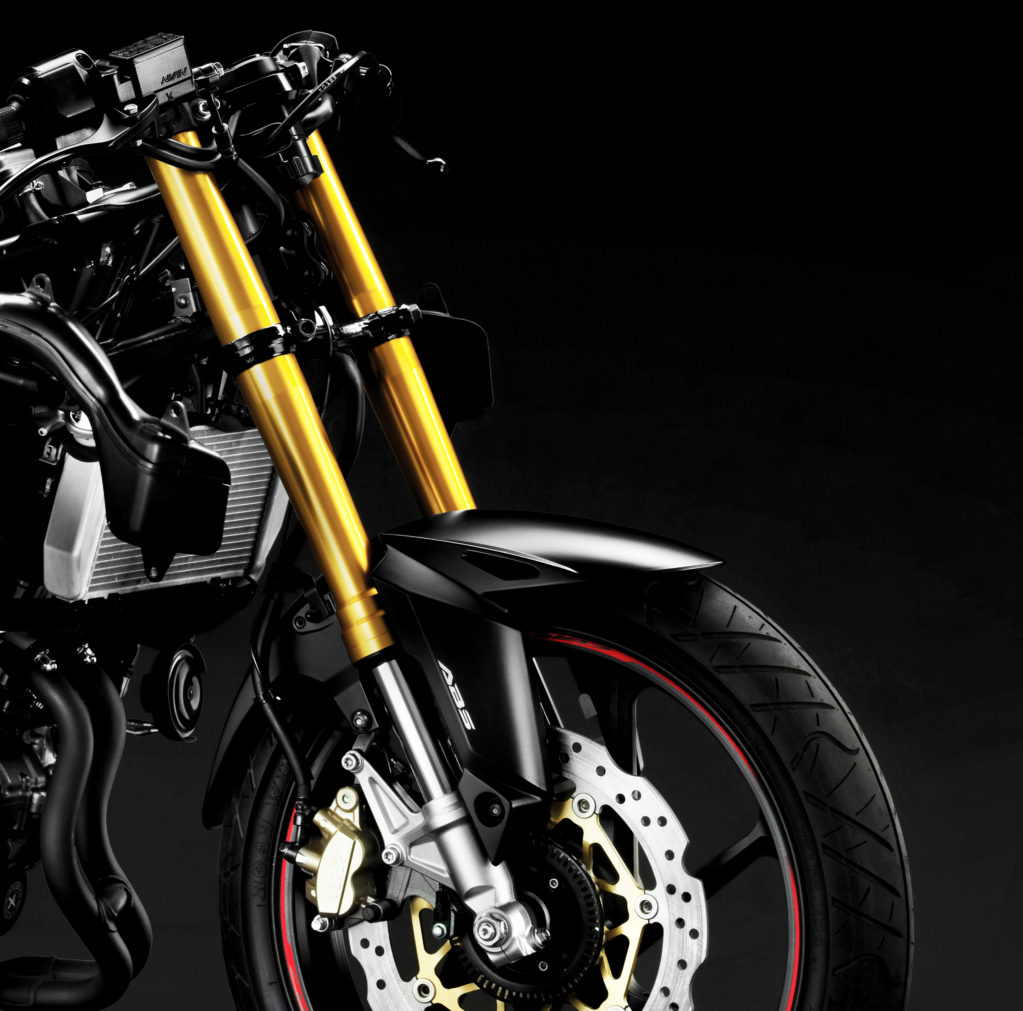 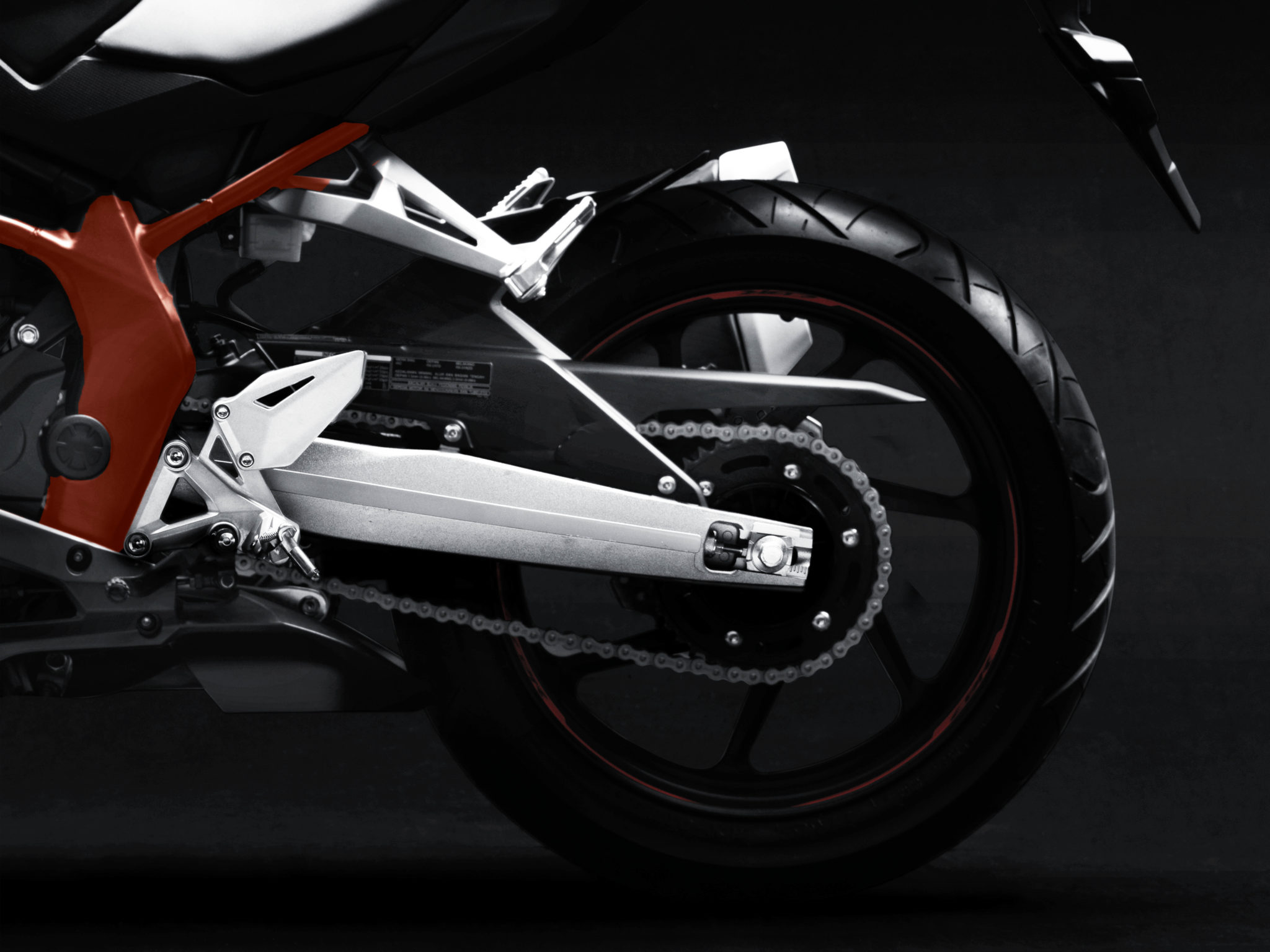 The CBR250RR is built around a steel truss frame and features an aluminium swingarm. In the case of suspension, the CBR250RR features a 37mm inverted telescopic front fork and a 5-way adjustable monoshock at the rear with Pro-link. 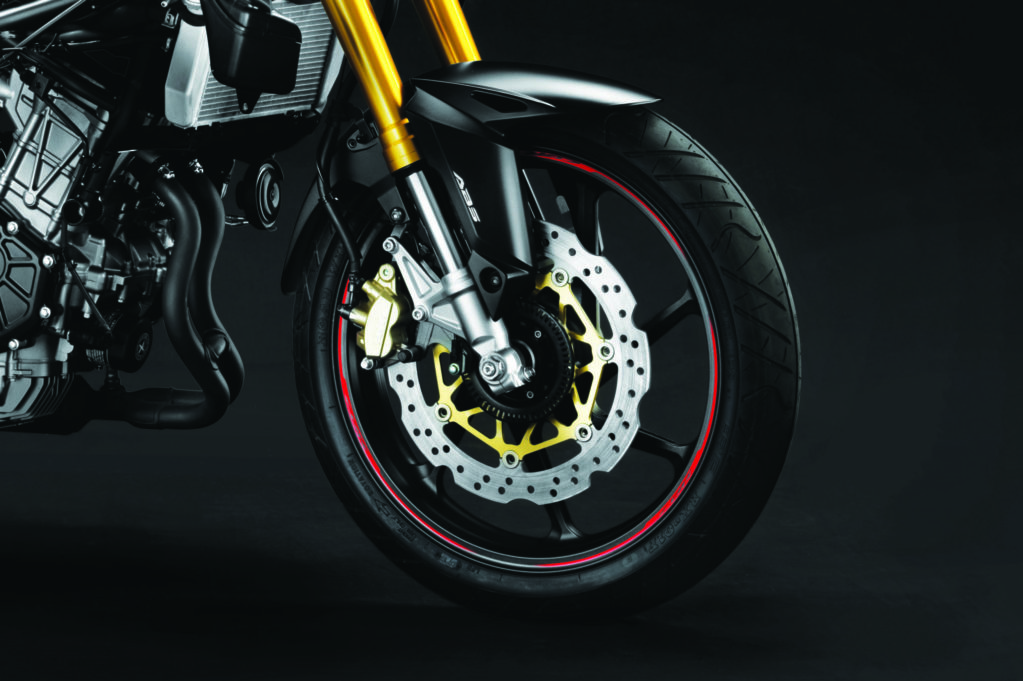 Braking duties are taken care of by a 2 piston Nissin calliper with 310mm disc up front and a Nissin single-piston calliper with 210mm disc at the rear. Two-channel ABS is also standard on the Honda CBR250RR. 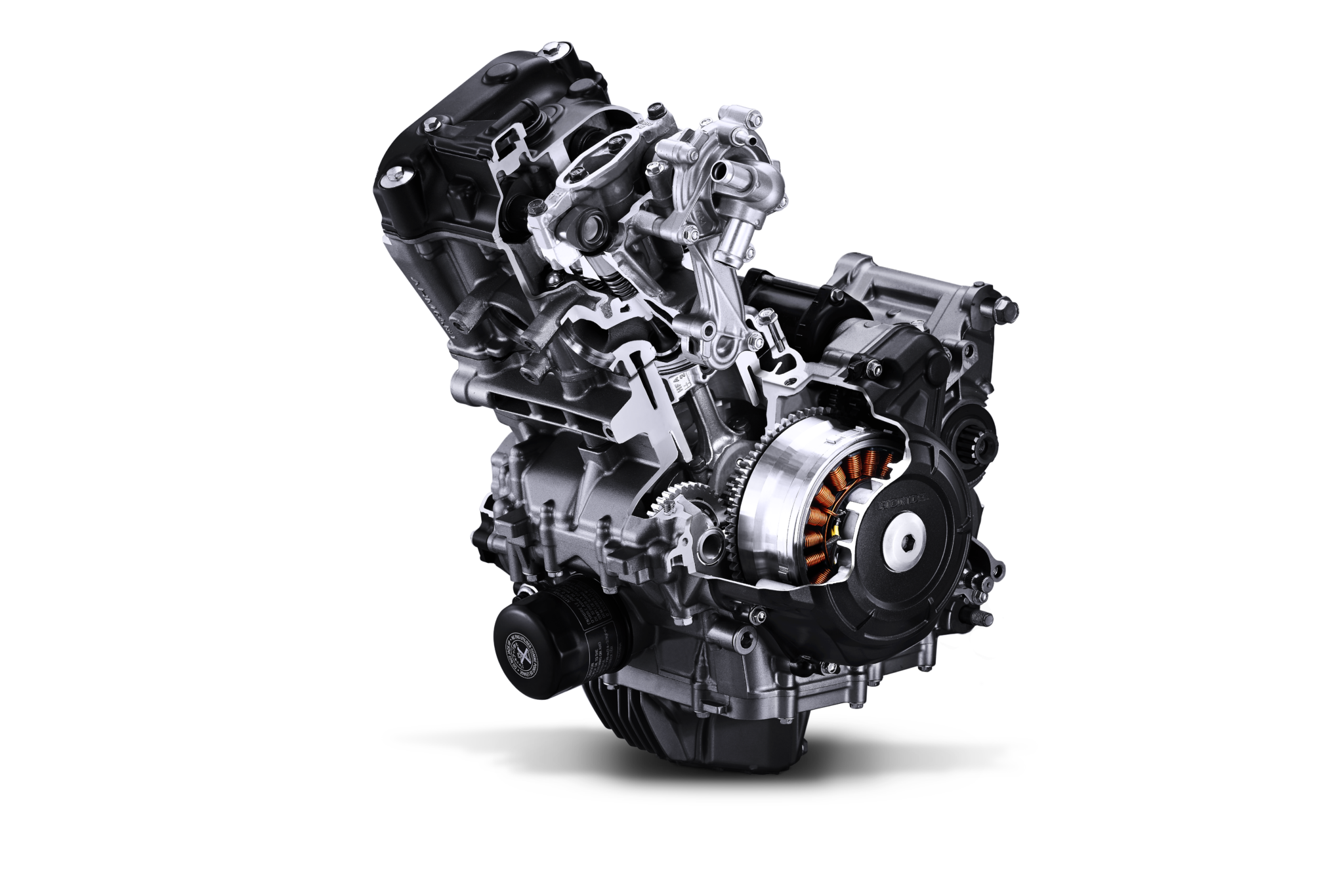 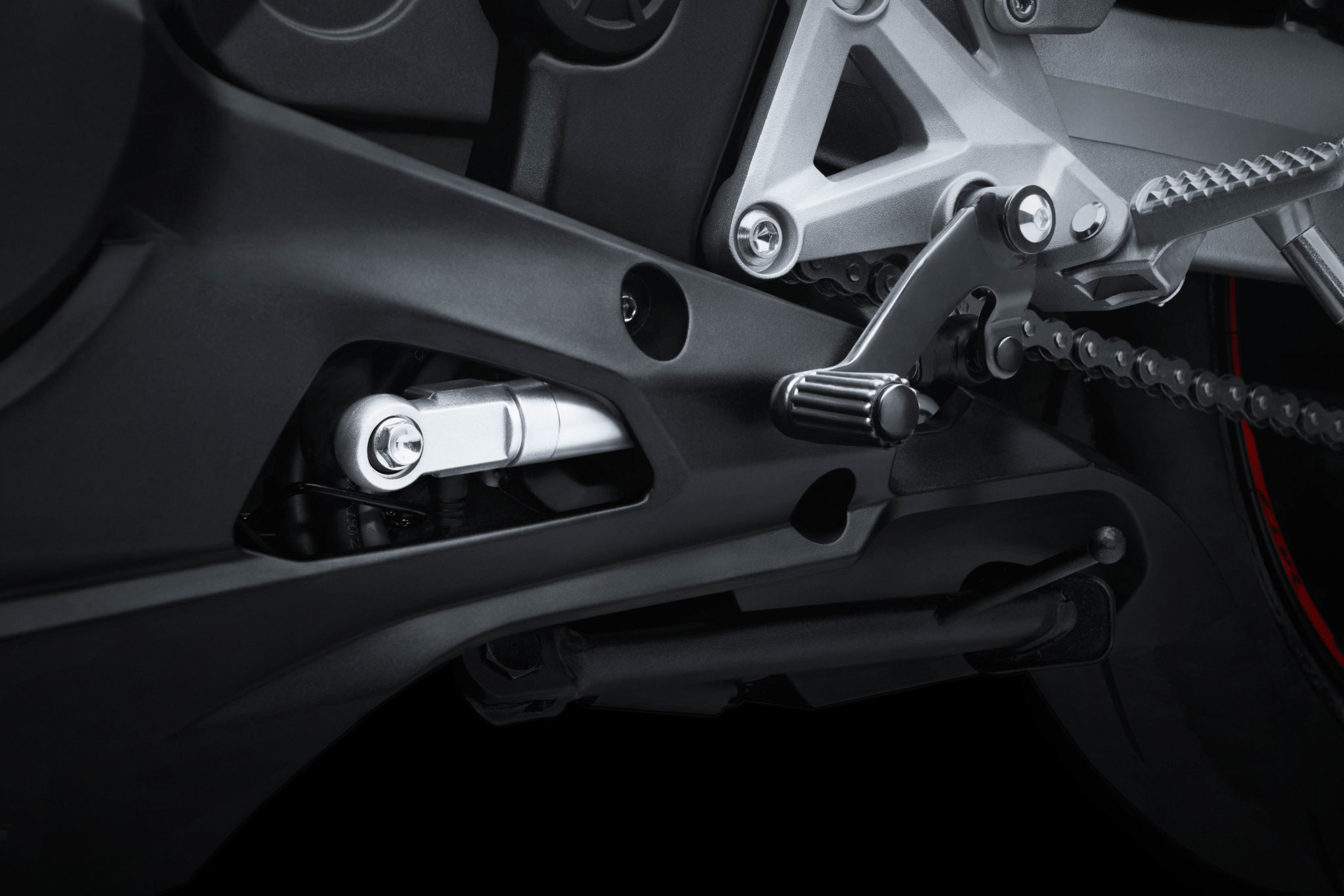 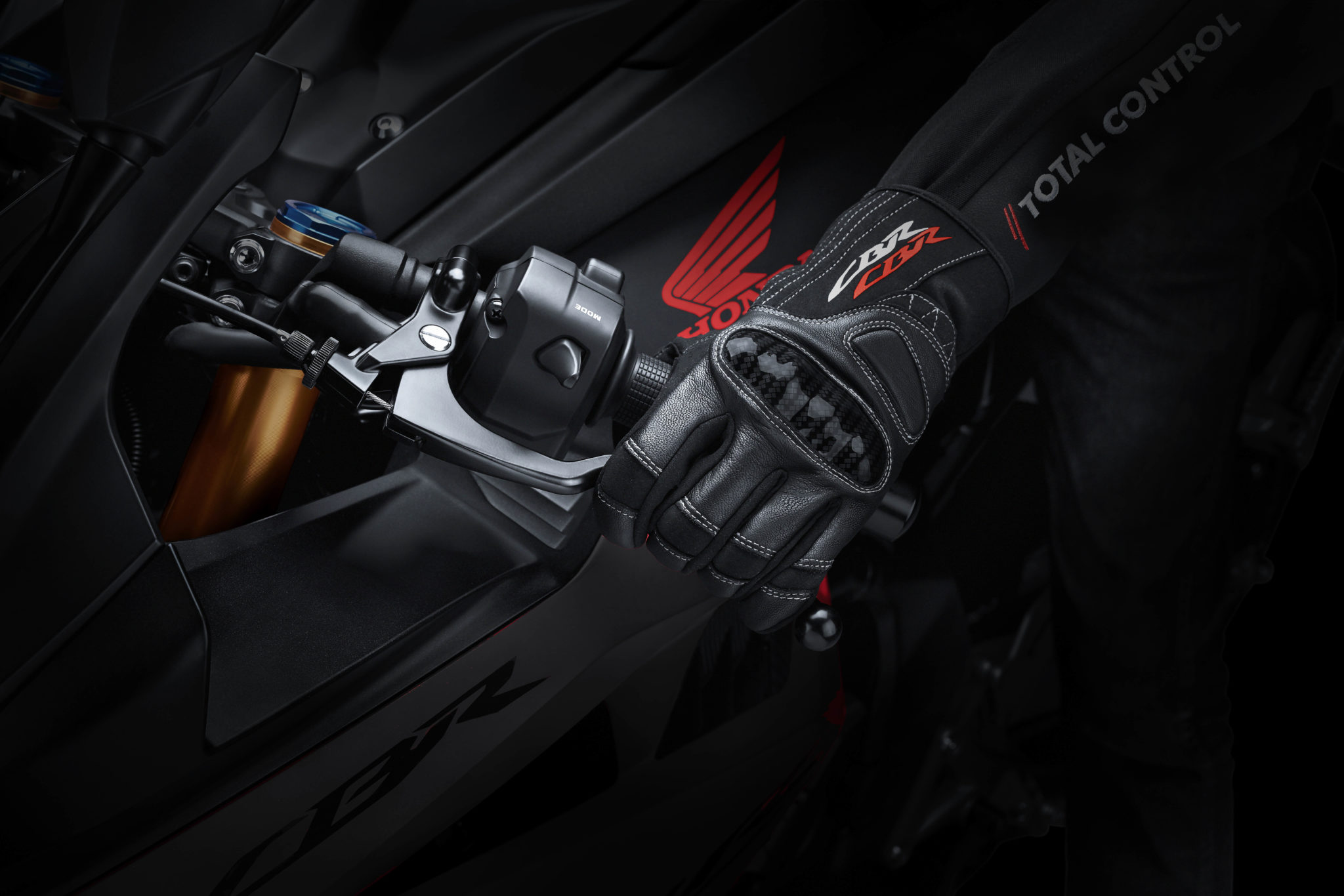 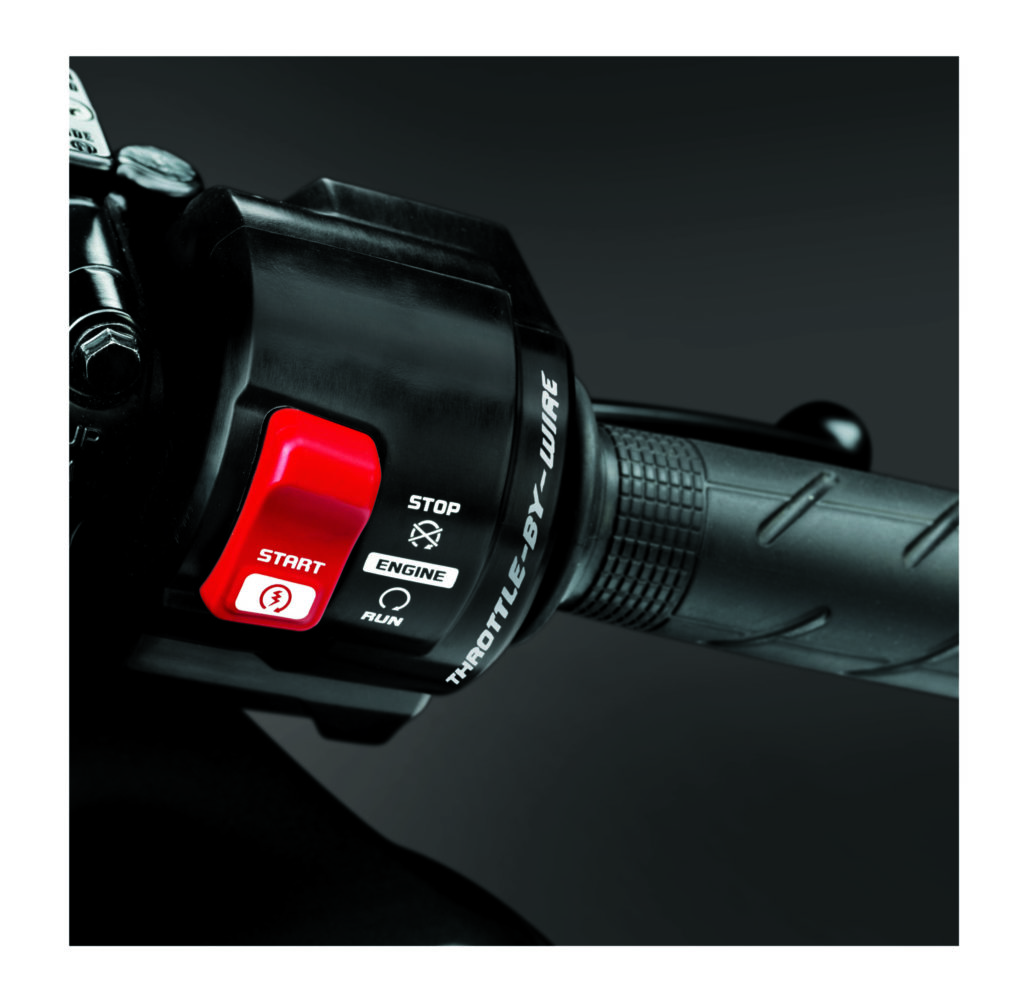 The Honda CBR250RR is priced at RM 25,999 (excluding road tax, insurance and registration fee) in Malaysia and is available in two colours: Winning Red and Mat Gunpowder Black Metallic. 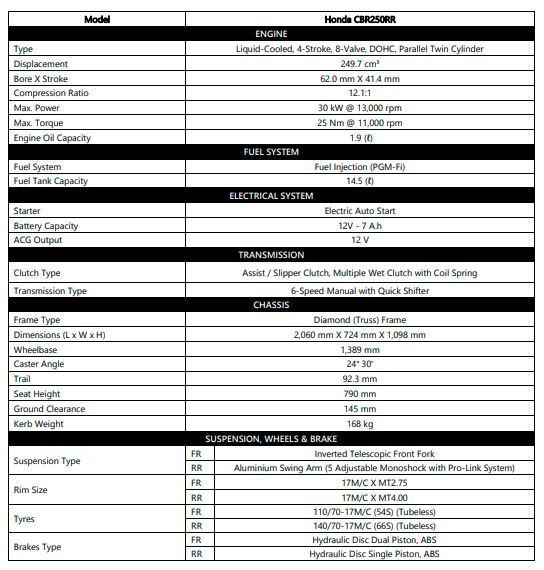