The next stage, Stage Eight of the 2021 Dakar Rally, will be the second and final leg of the event’s marathon stage. 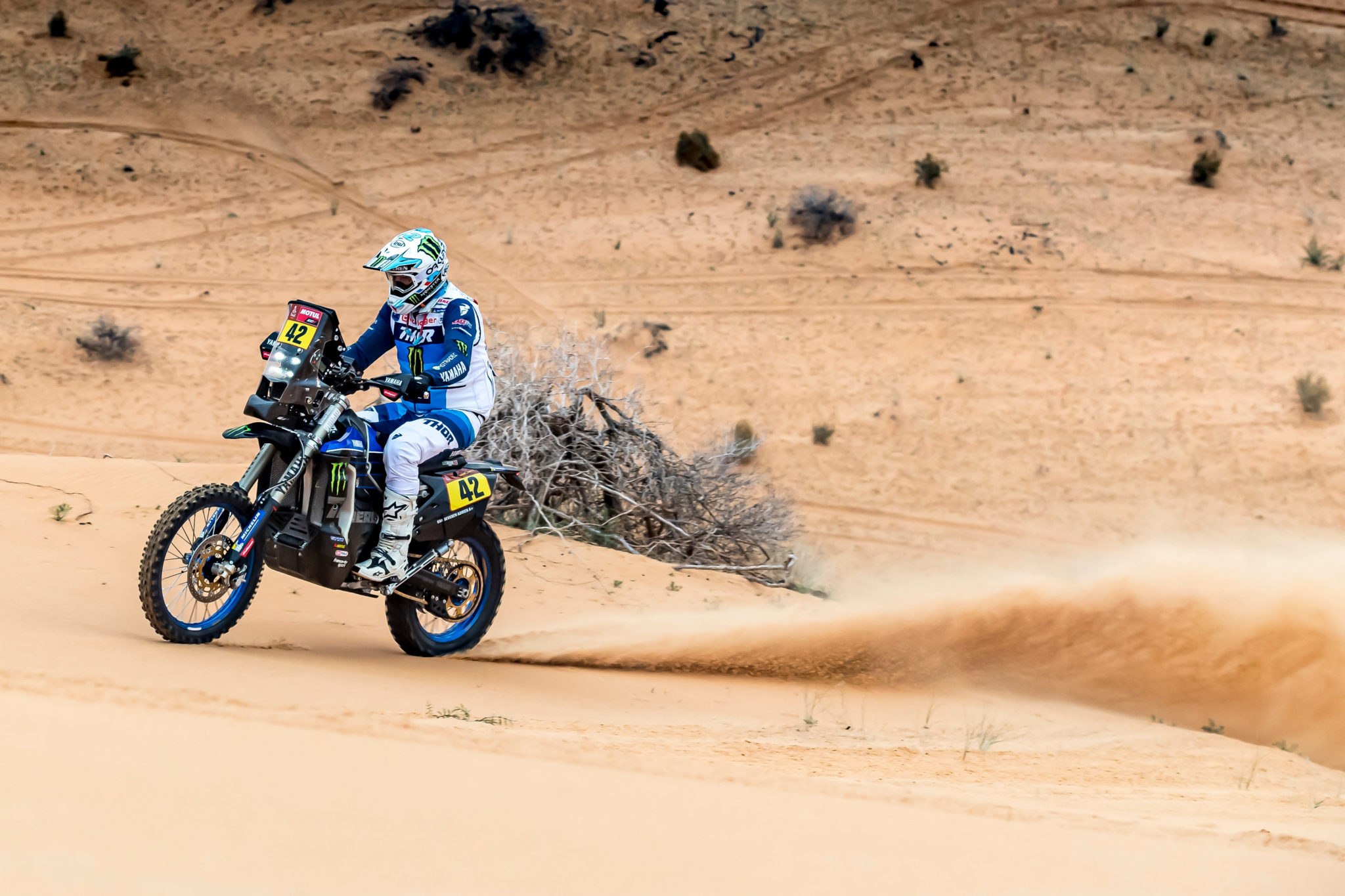 Stage Seven of the 2021 Dakar Rally went underway and Monster Energy Yamaha Rally Team riders have completed the stage to finish their second-week run. Despite cruel luck striking Ross Branch – the team’s best-performing rider at the start of the stage – all riders made it to the finish where tonight they will stay, away from the team, in a temporary camp. Franco Caimi was the team’s highest-placed finisher in 10th to record his second-best stage finish of the rally. Teammate Adrien Van Beveren also began week two on a positive note, ending the stage just behind Franco in 11th place.

Stage eight of the 2021 Dakar Rally will be the second and final leg of the event’s marathon stage. Heading south-west to Neom on the Red Sea coast, a diverse landscape awaits where accurate navigation and bike conservation will be key in ensuring a strong finish on the stage’s 375-kilometre special.

“Today’s first day of the marathon stage was a tricky one for us but all the riders are healthy, which is most important. Unfortunately, Ross had a crash. Thankfully, nothing too serious but he had a small problem with the bike as a result of the crash, which he was able to fix but it cost him close to 40 minutes. A real shame for him as he was well placed at the front of the field.

For Franco, the stage was good, a consistent pace and accurate navigation so a good start to the marathon stage for him. Adrien rode well, too. It seems like there is now some strategy being implemented by other riders as at one point he opened the stage. This is normal at the Dakar though, and Adrien enjoyed the stage with strong navigation and looks forward to tomorrow. The rest of the team are now in Neom and we look forward to seeing the riders again tomorrow at the end of stage eight.”