HYT Moto from China has just introduced the Honda EZ-9 Cub inspired, HYT Moto FW-03 leisure electric motorcycle. We want one, do you? 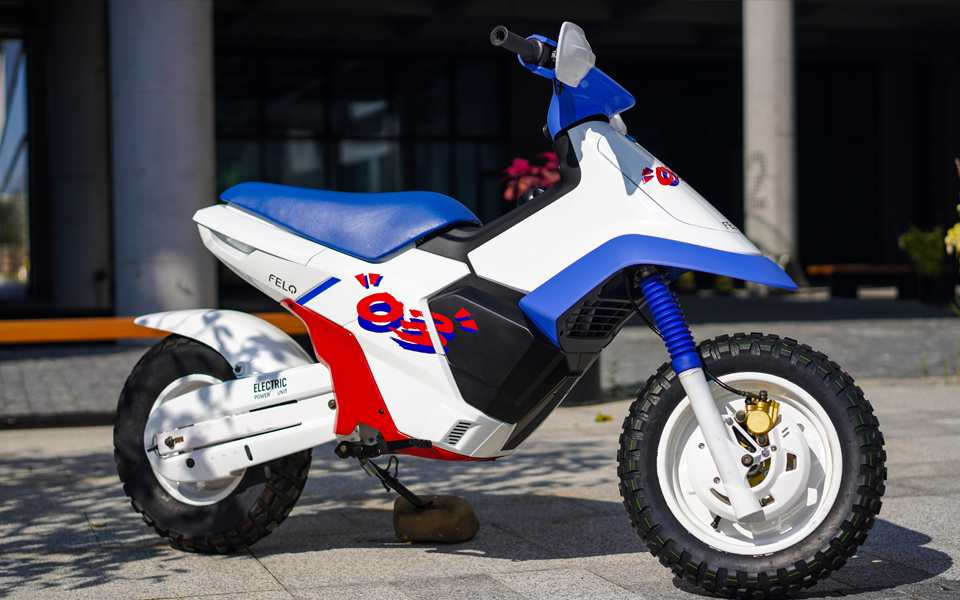 A fairly new motorcycle manufacturer from China, HYT Moto has just introduced a bunch of electric motorcycles for 2021. One of the bikes that caught out attention was the Honda EZ-9/ EZ90 Cub inspired electric leisure bike called the “HYT Moto FW-03”. In case you don’t know the Honda EZ-9 here is a quick run-through. 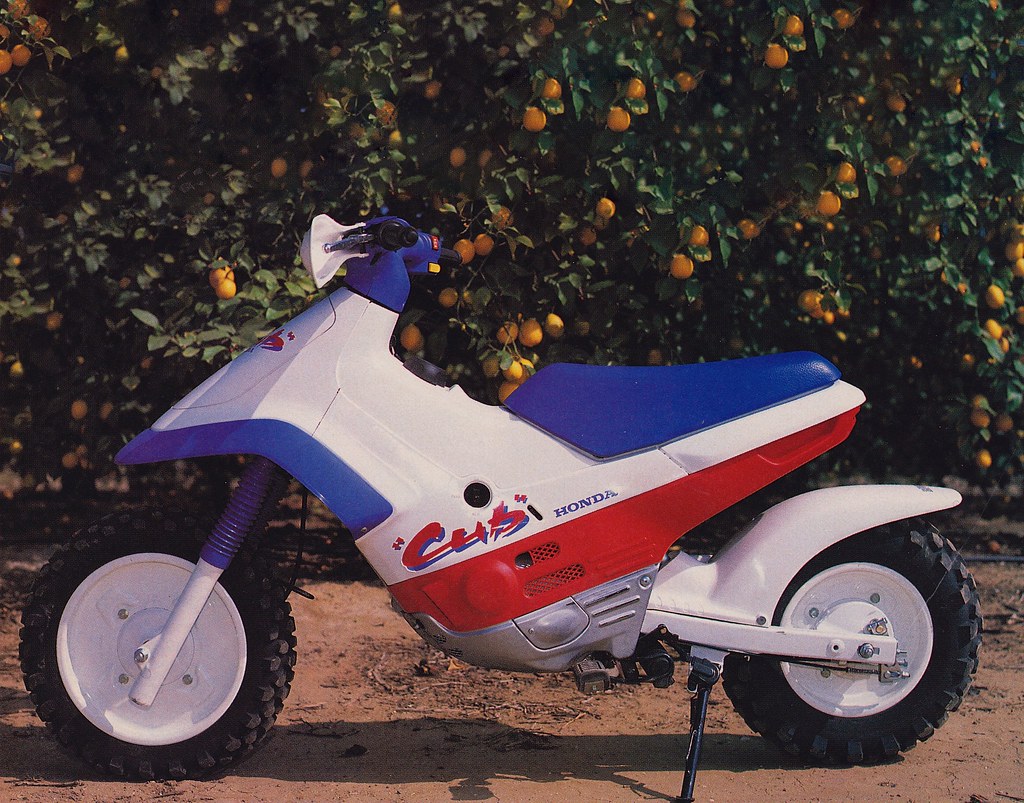 Honda EZ-9 also known as Honda EZ90 Cub in some market was a motocross scooter produced by Honda from 1991-1996.  Apart from looking futuristic and funky, the EZ90 was simply a cross between a motocross bike and a scooter. However, the EZ90 Cub was not a road-going bike, it was developed to use as a trail or pit bike. Meaning, the bike was limited to off-road and internal auxiliary use only. 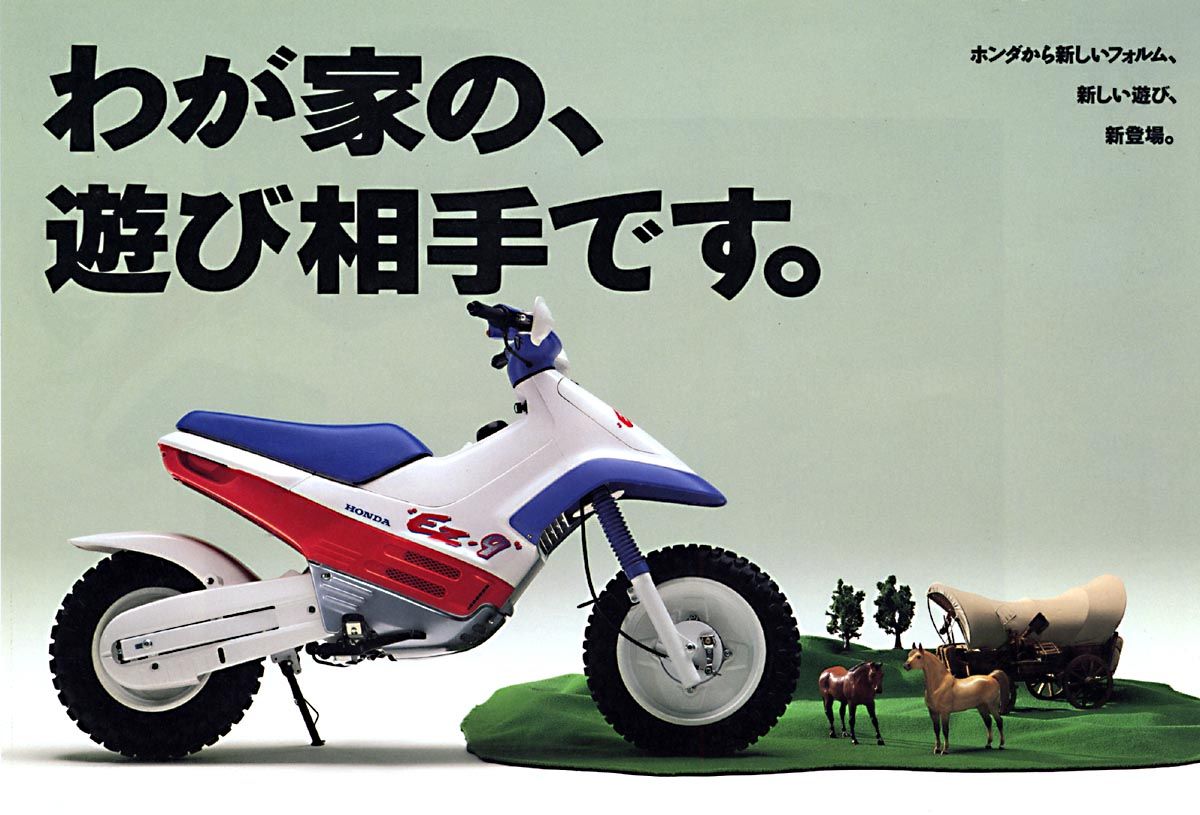 The  EZ-9, acronym for Easy-nine “easy-nine” was first presented during the 1990 Tokyo Motor Show in Honda’s tri-co (White, blue and red). The purpose of Honda developing this bike was to get everyone into riding motorcycles just like the first Cub. To make two-wheel riding exciting for everyone, during the development phase, Honda focused on making the EZ-9 look friendly, easy and fun to ride. 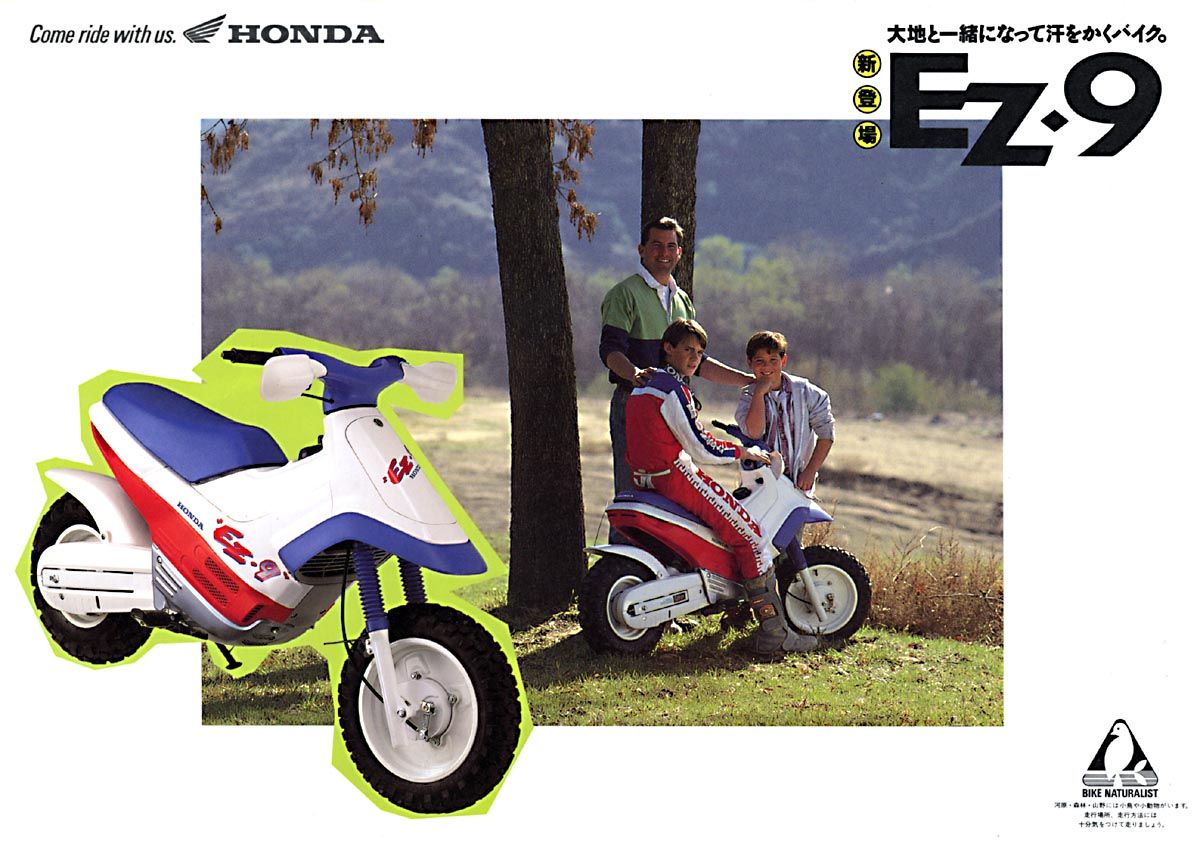 Honda thought the EZ  would be a good addition to vacation homes and motorhomes.  The EZ-9 was basically something that you could use to stroll and have fun around your courtyard, farmhouse or motorhome! If you want to know more, check out our exclusive coverage on the Honda EZ-9 / EZ90 Cub here. 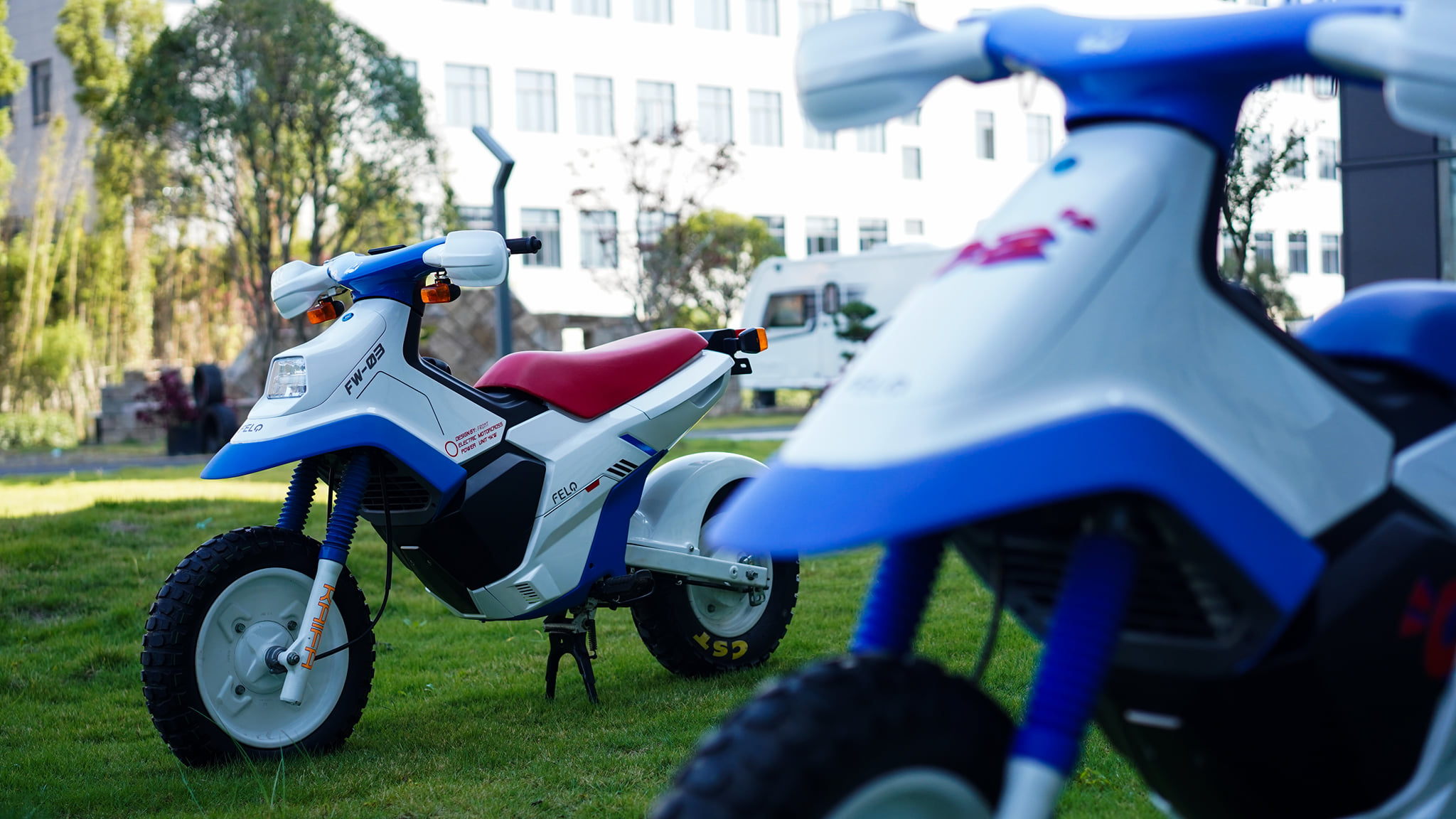 Coming back to the topic, HYT Moto’s FW-03 follows the funky design of the much-loved Honda EZ-9. Although it looks very similar to the EZ-9, the FW-03 is entirely different underneath.

Unlike the petrol-powered EZ-9, the modern HYT FW-03 is electric and comes in two variants: FW-03 Road and FW-03 Off-Road. As the name suggests, the Road variant is meant for tarmac use meanwhile the rugged Off-Road variant is built to handle both tarmac and dirt roads just like the original EZ-9. 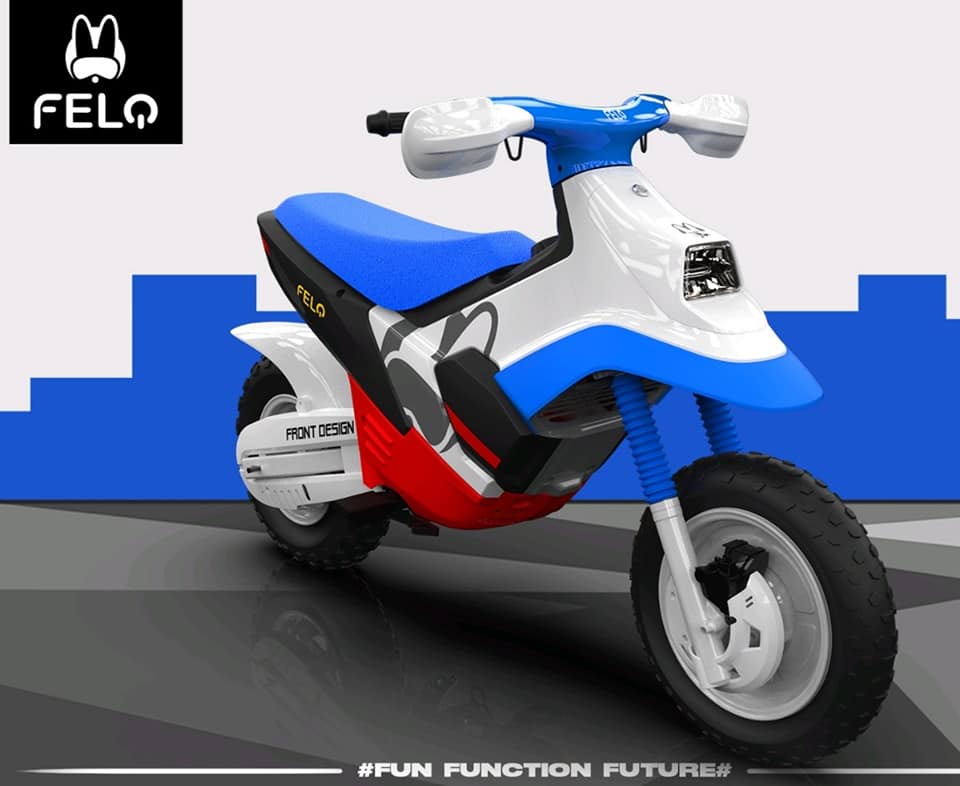 Suspension duties on both variants are taken care of by a traditional front fork and a rear mono-shock just like the EZ-9. However, unlike the EZ-9, the FW-03 uses disc brakes. 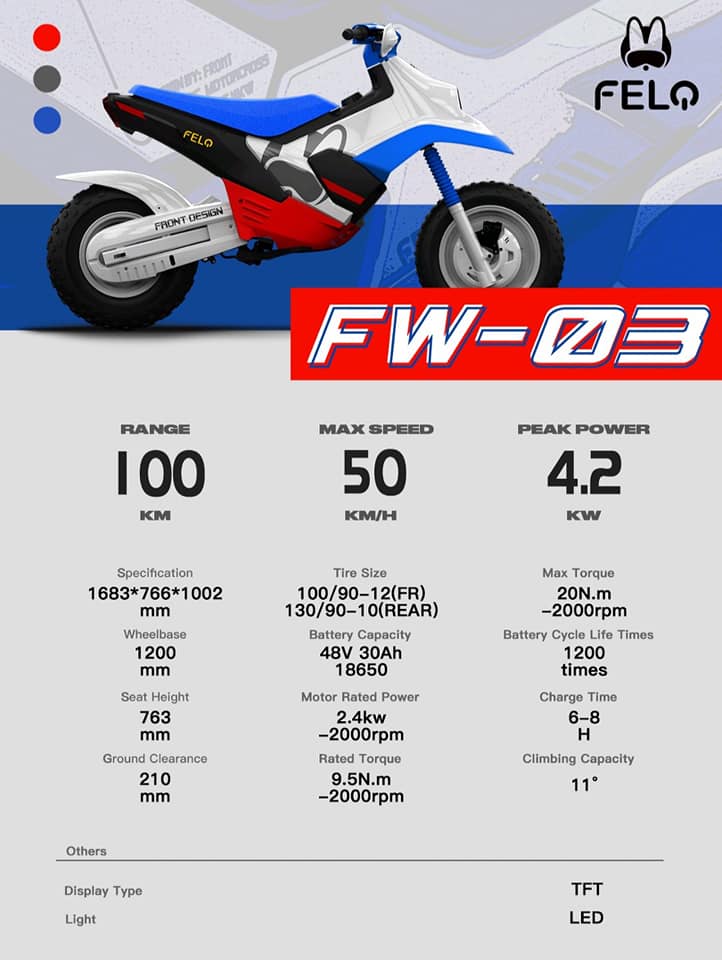 As for the wheels and tyres, both the bikes come with a large 12-inch front wheel wrapped around by a 100-90 front tyre and a chunky 130-90 tyre with a 10-inch wheel at the rear. Dimension-wise both the bikes are very similar as well.

In the case of electrics, the FW-03 packs LED lighting and a sleek TFT instrument panel. In the promo video, we also noticed a separate “turbo mode”. Well, that sounds like fun.

According to sources, the production is said to begin in June 2021 at HYT Motor’s Changzhou plant in China. The model is said to go on sale in China first through HYT Moto’s partner dealership in Hiyeetong, Shanghai. In the case of other markets, we heard the model will be marketed in Europe via KWANG YANG MOTOR CO. LTD. Pricing details and the availability of the FW-03 outside of China and Europe hasn’t been announced yet. We are very excited, how about you?

The HYT FW-03 can be shipped to other markets outside of China and Europe.

Barwa set to be the title sponsor of the Qatar Grand Prix
Incoming 250cc Triumph motorcycle to make use of Bajaj engine?