Red Bull KTM Factory Racing fired up KTM SX-F engines for the first time this year as both Jorge Prado and Mattia Guadagnini took part in the first round of the Internazionali D’Italia in Sardinia. 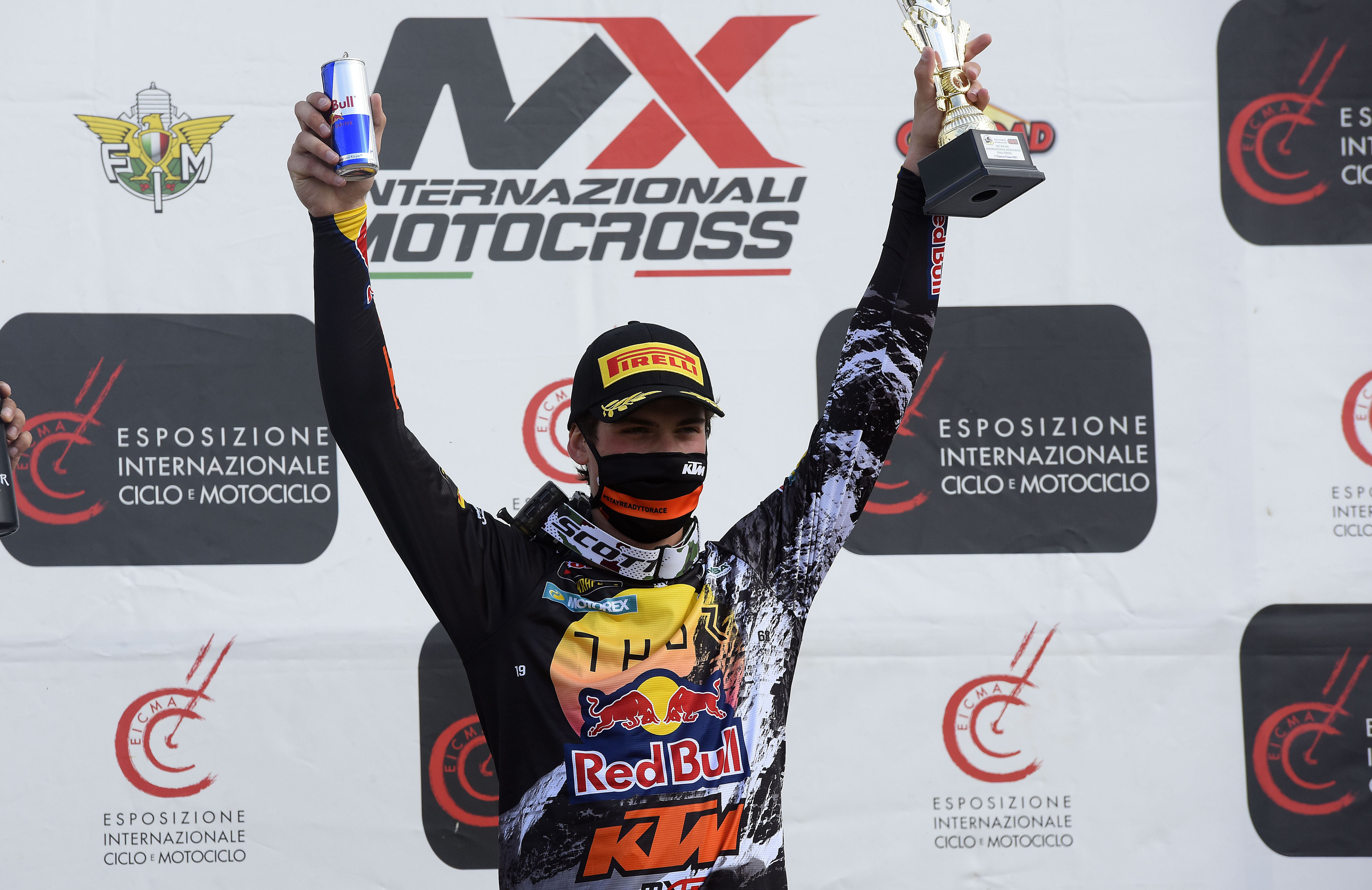 Jorge Prado converted his pole position to victory aboard his #61 KTM 450 SX-F in the MX2 moto in the Riola Sardo sand on the Italian island. The international event saw Prado defeat Glenn Coldenhoff and Thomas Kjer Olsen by less than four seconds to head the podium. In the second moto ‘Superfinal’, the 20-year-old Spaniard sped to the front of the pack once more but made a pitstop after feeling a small bike issue halfway through the race.

Mattia Guadagnini made his debut on the KTM 250 SX-F. The young Italian rode to 4th in the MX2 outing. He then ranked 12th against the bigger machines in the Superfinal.

Round two of the domestic series takes place next weekend at the Alghero circuit, also in Sardinia. “It’s nice to be back and doing something different from training. The GPs are still quite far away but it’s nice to get up to speed and it was a good day here in Sardinia: 1st in qualifying and then a good start in the MX1 moto. It was handy to get those small nerves out of the way and those feelings that come with the first gate drop of the season. I holeshot again and was leading the second race but I felt something different on the bike and it was better to stop to get everything checked out. These races are good for exactly that; checking and testing! Overall it was a decent first race of 2021.” “My speed and feeling on the bike were really good today and that’s something to be happy about, even if the races didn’t quite go to plan. I felt a bit of pressure for my ‘debut’ so it was good to get that out of the way! I had two crashes today that stopped me finding a good rhythm but I’m OK, I learned from the motos and we’ll go again very soon!”