The Yamaha Team started off the opening night with a masterclass at the Losail International Circuit. 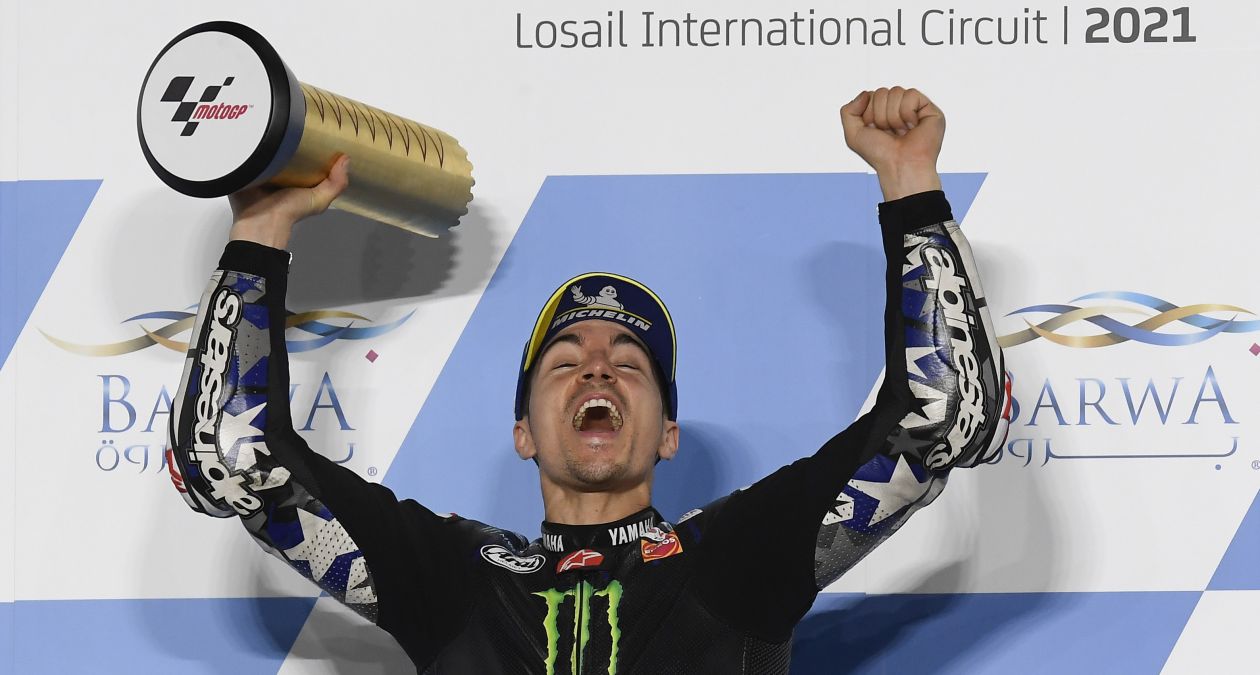 Maverick Viñales claims the season opener with a masterclass.

The 2021 MotoGP World Championship kickstarted with fireworks during the weekend with the Barwa Grand Prix of Qatar and the season opener saw Monster Energy Yamaha MotoGP‘s Maverick Viñales unleashed a stunning race to claim victory. The Spaniard climbed his way through the pack to beat runner-up Johann Zarco of Pramac Racing by just over a second. Ducati Lenovo Team’s Francesco “Pecco” Bagnaia then surpassed the reigning World Champion Joan Mir of Team Suzuki Ecstar on the run to line to complete the podium on the opening night.

Just as we predicted, the Yamaha team raced their way to triumph in the starting race. The start of the race was stunner for Ducati. Bagnaia, Jack Miller (Ducati Lenovo Team), Zarco and Jorge Martin (Pramac Racing) all propelled themselves to the front as Ducati once again proved themselves holeshot heroes. Martin’s launch especially making some serious headlines as the rookie joined his fellow GP21 riders inside the top four. Fabio Quartararo and Monster Energy Yamaha MotoGP teammate Viñales got a little swamped off the line, forced to tuck in behind the Borgo Panigale invasion at the front. 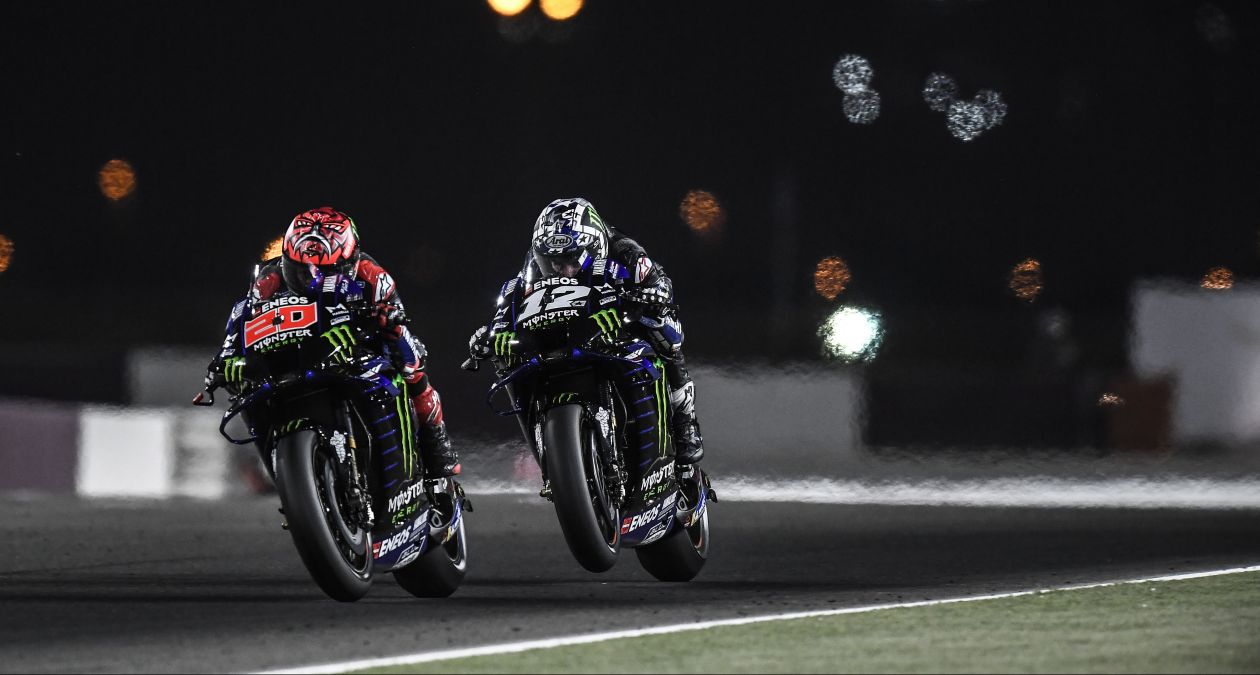 The race saw stellar performances from Quartararo as El Diablo dived up the inside of Miller at Turn 15. The Ducati blasted by on the straight again but sensational work on the brakes allowed the Yamaha man to take and hold P3.

Next was a 0.9s gap to bridge to the man in second place, but his attention was also required for the threat of riders closing in from behind. The ride to the front had asked a lot of his tyres, and he was unable to defend his position. With eight laps to go, the youngster found himself in seventh place but not out for the count just yet. He put the bit between his teeth and made a final sprint to take fifth place across the finish line, with a 3.030s margin to first.

Today’s results put Viñales and Quartararo in first and fifth place in the championship standings, with 25 and 11 points respectively. Yamaha and the Monster Energy Yamaha MotoGP team are also in first place with 25 and 36 point totals after Round 1.

The MotoGP paddock will stay in Qatar, as next week Round 2, the Grand Prix of Doha, will also be held at the Losail International Circuit. 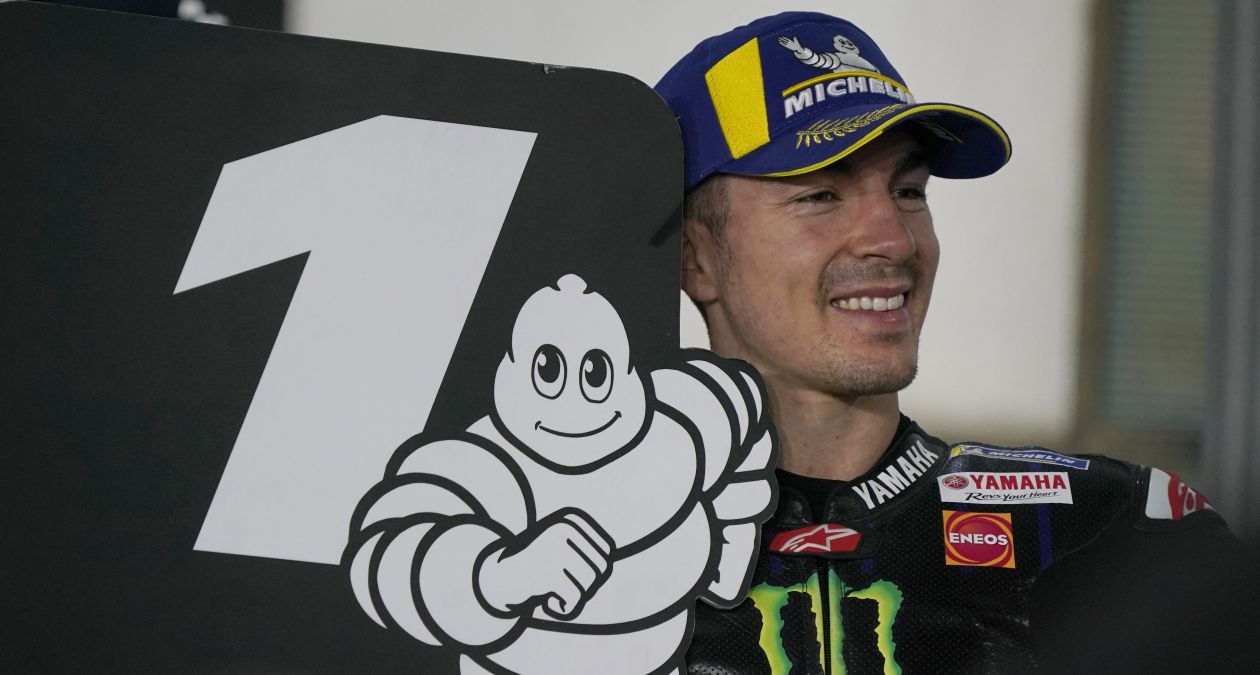 “The race was especially good because I had the opportunity to fight with other riders, which is always important. It’s been a while since I last overtook so many riders in one race. Early on in the race, I felt this special feeling with the bike. Also in FP4 when we did the race simulation I felt fantastic and also in qualifying. I’m very grateful, because winning is not easy, so we are going to enjoy today. For the coming race we will work and try to improve again, because we know our competitors will also improve. 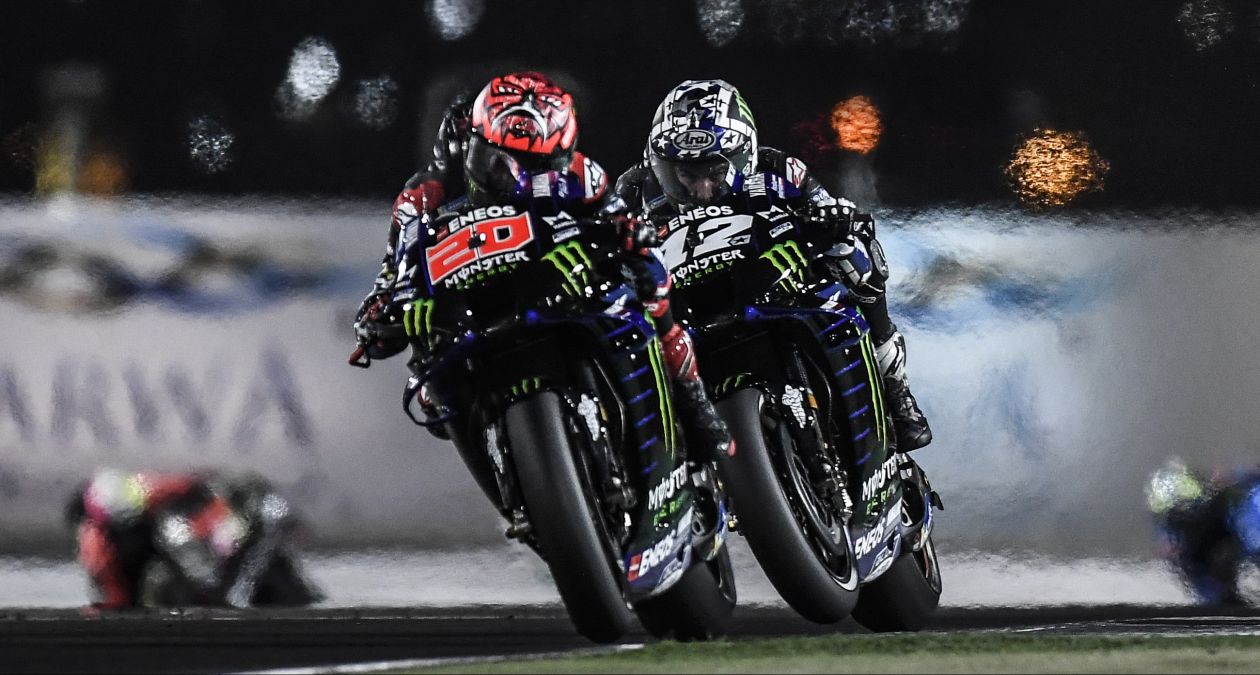 “I was feeling so strong in the beginning of the race. As soon as I overtook Jack [Miller], I was able to catch Joan [Mir] so fast, but then I noticed a big drop in the rear tyre, which we didn’t expect, because I didn’t have that during the test or the practice sessions. I decided to adjust my riding a little, but Maverick still overtook me. He was just in another league and had much more grip than I did. In the end I could overtake Rins and Miller because I was riding in a different way, so that’s something positive. Last year, on difficult days we made mistakes and finished in P14 or crashed. Today we are P5 and scored 11 points, which is good on a tough day like this, and I was 3s behind Maverick, so that is not that bad.”