Exclusive Insight on What to Expect for the 2021 MotoGP Season

Exclusive Insight on What to Expect for the 2021 MotoGP Season

Gear up! iMotorbike brings you the major talking points for the 2021 MotoGP season. The 2021 MotoGP World Championship will be kicking it off this weekend at the Losail International Circuit and after a whirlwind of changes last year, the audience can expect a paradigm shift this season in terms of performance. iMotorbike has taken the liberty to bring you the top-most changes that we can expect this year.

Due to the outbreak of Covid-19, the global crisis had forced a halt towards any action on track throughout the first half of the season last year. Fans all around the world had to adapt to virtual reality with riders taking on a challenging #StayAtHomeGP, which saw Alex Marquez of Repsol Honda Team dominate the inaugural race. The season progressed with a combination of virtual and track racing to showcase the extraordinary capabilities in preserving the World Championship. With that being said, 2021 has a lot to live up to.

VALENTINO ROSSI USHERS INTO THE NEW DECADE WITH MALAYSIA 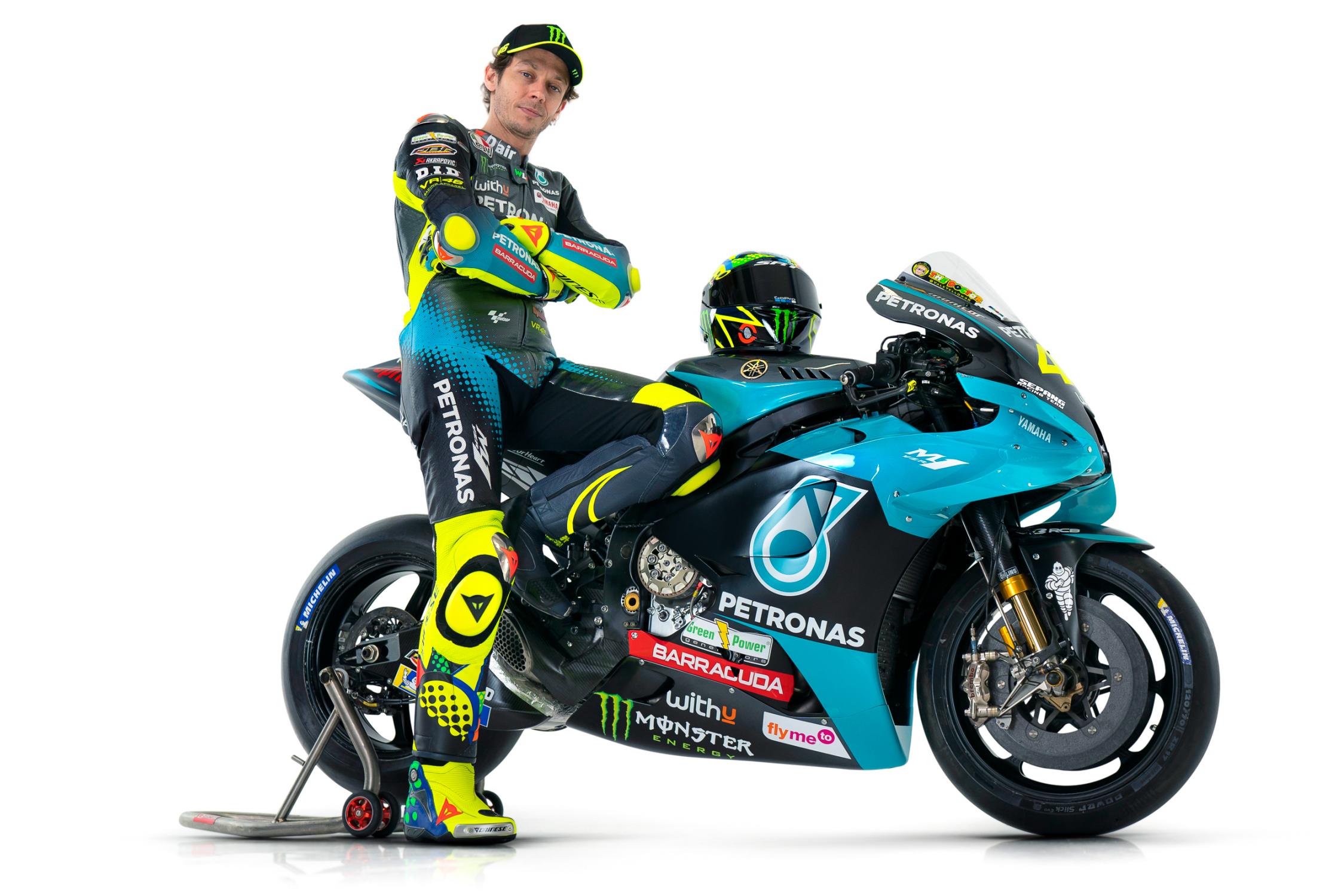 One of the massive and exciting changes was Valentino Rossi lining up for PETRONAS Yamaha SRT. The Italian has not been in a factory team for almost 20 years.

Speaking to Fox Sports Asia presenter, Edward Russell, he expressed that this is undeniably a great moment for the Malaysian team- to have arguably one of the greatest riders of all time lining up for their colours.

“From its first-ever MotoGP launch at the KL Twin Towers with two up and coming riders to now having The Doctor in the team, this is definitely a moment to celebrate.”

The quick shift has propelled the Malaysian team to becoming a strong and high-profile contender in a matter of a few years.

“The Doctor has been in a drought for a while, with no championship wins since 2009 and no race wins since 2017. Despite that, the fresh start could prove beneficial for him and the team as well. Rossi has felt pressure in the past for being the man who is supposed to lead the team and the development of the bike. However, the new scenery with the satellite team means that he can focus on racing with less pressure,” Edward adds.

The Qatar pre-season tests saw Rossi set his fastest-ever lap in the Losail International Circuit. He expressed the magnitude of happiness just being back on the bike like a proper rider again. Rossi is easily one of the strong contenders this year and there is no doubt that this milestone with PETRONAS would bring about positive change.

CAN THE WORLD CHAMPION RETAIN HIS TITLE? Joan Mir impressed the crowd by winning the world championship last year. The Spaniard managed to clinch his maiden title in his second season, where in the last season he finished 12th in the standings without any podiums at all. To go from that to world champion in less than 12 months is incredibly impressive but while the Team Suzuki Ecstar rider is a favourite this year, the question of whether he is able to replicate his victory weighs on the other end of the spectrum. Considering the unique season last year, and without a rivalry with the defending champion Marc Marquez, it is difficult to gauge the factors of his triumph. Nevertheless, all eyes are on the reigning titleholder this season opener.

Just recently, Repsol Honda Team announced that Marc Marquez will not be joining the competition in the season opener. He will be taking time to recuperate further, following the advice of his medical team. It is unsure of when Marquez will be making his comeback on track but there is no doubt that it is the most anticipated comeback.

JACK MILLER – A DEMON ON A DUCATI Ducati’s latest signing could be just what they need this year. To take on the Desmosedici is arguably not an easy task. Last season saw Andrea Dovizioso and Danilo Petrucci being rather conservative and careful with the bike, and not going full out to win the championship. Jack Miller could turn Ducati’s fate around with a fiery challenge.

“You need to be a real demon to ride that Demosedici”, Edward sets the bar straight.

We can expect Miller to put a full pedal to the metal to make that championship happen. He has a lot to prove to be with a new team and has been at the top of the timesheets in the pre-season test. Things did not seem to go well with Pramac in terms of race wins, although he did finish last season with two back-to-back second place. This time, he’s taking a dare on the Ducati machinery. 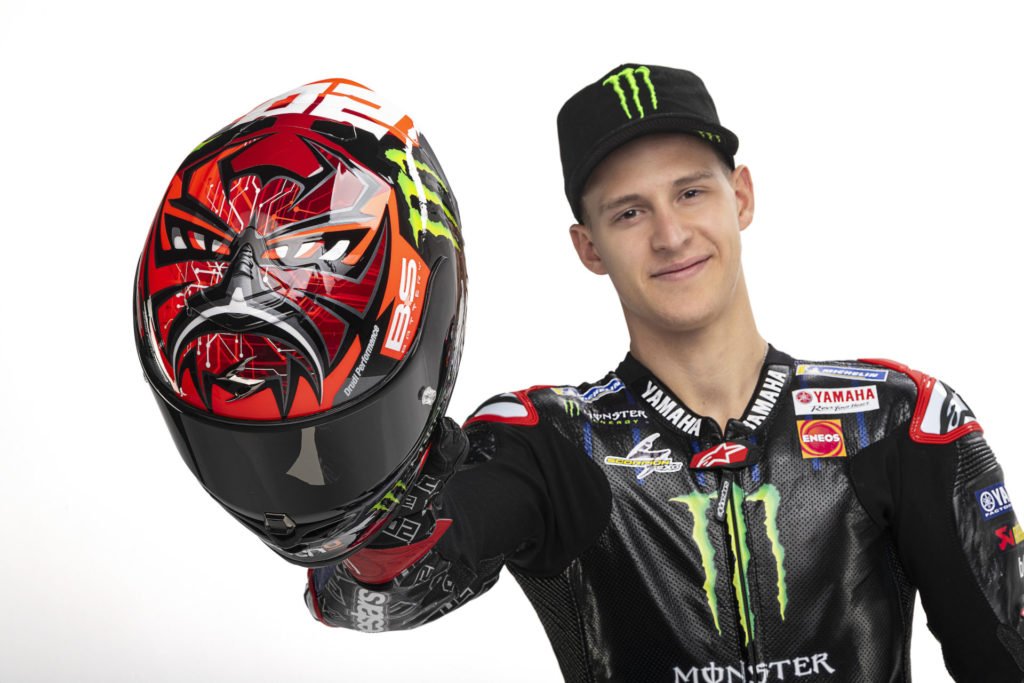 Fabio Quartararo was a major contender for the title last year with a stellar start to the season. He maintained his momentum for a period before things fell apart towards the latter end.

“I spoke to him about what went wrong, and he fully admitted that he was not able to live up to the pressure in terms of compartmentalizing his season. He was preoccupied with winning the title and made silly mistakes and his challenge fell away,” Edward tells us.

“This year, he has brought a sports psychologist to sort out his mental frame. If Yamaha can sort out their mechanical issue and with Quartararo getting into a proper mindset, this can be a real threatening package for the season.”

Yamaha has previously done well in Losail and with this, we can expect an all-Yamaha podium in the opener.

It’s lights out and away we go as the Barwa Grand Prix of Qatar commences on March 26, Friday. Are you ready? 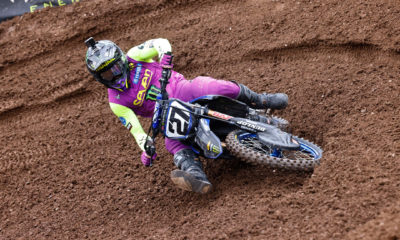